Everything We Know About the COVID-19 Vaccine 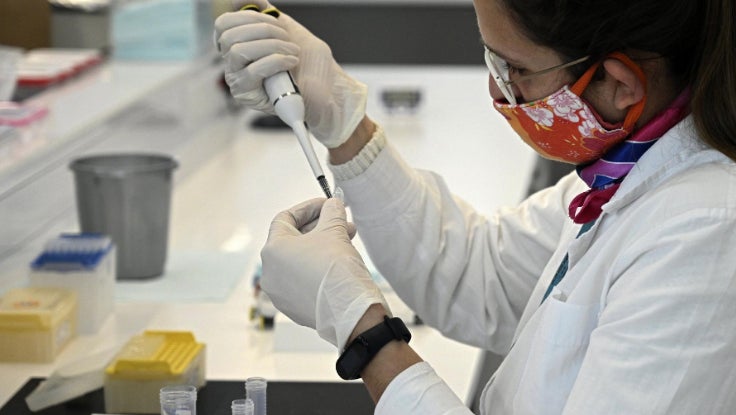 Editor’s Note: As we’ve witnessed since March, information regarding the COVID-19 pandemic is constantly changing — and the latest on the vaccine is no exception. While we aim to keep our articles as up to date as possible, please be sure to check the CDC’s website as well for the latest news.

There's some fresh hope on the horizon when it comes to coronavirus news. In the midst of the United States reporting some of its highest daily case numbers since the pandemic began, pharmaceutical company Pfizer announced that the vaccine candidate it's been developing and testing was found to be more than 90% effective in preventing COVID-19 infections among people who hadn't previously contracted the virus. Just weeks later in mid-November, two more pharmaceutical companies — Moderna and AstraZeneca — reported that Phase 3 testing and preliminary analyses had found their vaccine candidates to be 94.5% and up to 90% effective, respectively. These are big steps forward for mitigating the spread of the disease, especially considering the previous estimates that a vaccine potentially wouldn't be ready until late 2021.

While it’s clear we won’t be "going back to normal" post-pandemic, a widely available COVID-19 vaccine will certainly help us regain some sense of normalcy, particularly when it comes to sharing public spaces safely. So, how close are we to having a successful vaccine? And what does the vaccine timeline look like? We’ll answer those burning questions and more here, so be sure to check back frequently for updates.

What We Know So Far About the Vaccine Candidates' Progress

On Monday, November 9, Pfizer released a statement outlining the promising news that, in recent trials, its vaccine demonstrated remarkable success in preventing COVID-19 in more than 90% of the study's 43,500+ participants. After collecting additional data about how effective the vaccine is, Pfizer has since submitted the vaccine for approval as an emergency-use treatment to the U.S. Food and Drug Administration (FDA). Just one week after this announcement, Moderna — which first began human trials of a COVID-19 vaccine back in March — submitted a press release announcing that preliminary studies of mRNA-1273, its vaccine candidate, demonstrated efficacy of 94.5%. And, right on the heels of Moderna's news, AstraZeneca reported more encouraging results: that its vaccine candidate may be up to 90% effective, depending on how it's administered. 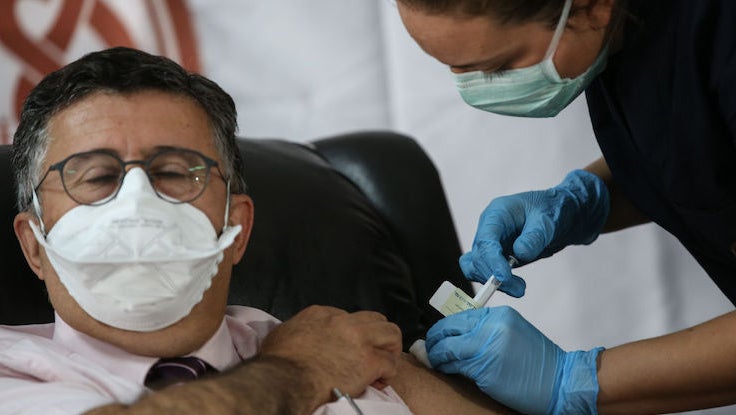 At this stage, quite a few factors are still coalescing, and it remains unknown how long it may take for Pfizer's vaccine to receive approval — it could come as soon as mid-December — or for Americans to start seeing the distribution of it. And while Moderna and AstraZeneca's news is also positive, their vaccine candidates must still meet some regulatory criteria and research benchmarks before the companies can proceed with submitting applications for emergency use to the FDA. But the scientific community does know that this news is encouraging. All three preliminary effectiveness rates are standout results — flu vaccines are often only 40–60% effective, but that's due in large part to the influenza virus' frequent mutations. Still, it appears that Pfizer's vaccine in particular is effective, and it's also likely safe; the company hasn't reported that any serious safety concerns have arisen during trials.

In the coming weeks we'll likely continue to receive updates about how these vaccines are progressing, as it remains unknown exactly how the next steps will pan out. Pfizer has plans to continue conducting trials until it reaches the point that it's able to end the study and analyze the results. This will occur once 164 study participants have contracted COVID-19, and Pfizer reports that just under 100 cases have been confirmed so far. In the interim between now and the point that a vaccine has helped this crisis subside, it's essential to continue taking thorough measures to protect yourself and others by wearing appropriate face coverings, practicing social distancing, maintaining effective hygiene practices and continuing to shelter in place as much as possible, particularly as winter approaches.

How Are the Vaccines Being Developed?

As you may have heard, the U.S. government enacted an objective called Operation Warp Speed, and despite its sci-fi name, the plan has a very real goal: to develop a vaccine and deliver 300 million doses by January 2021. Vaccinologists have since told CNN that this timeline is wildly unrealistic. 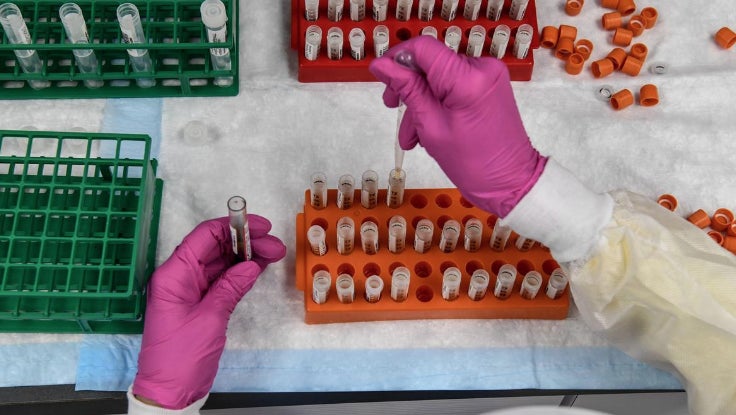 However, Pfizer's recent success with trials could mean that, assuming the FDA approves the vaccine relatively soon, "the company in theory could vaccinate millions of Americans by the end of the year" — meaning the end of 2020. And if the Pfizer vaccine candidate receives emergency approval from the FDA potentially sometime in mid-December, about 6 million doses would become available for use among high-risk groups within 24 hours. Ample planning, training, shipping and supplying — not to mention persuading to convince many Americans to get the vaccine, which requires a follow-up second dose a few weeks later — would need to occur for this plan to see any sort of success, but it remains a possibility. In the meantime, we’re being bombarded with other new treatment possibilities almost daily (some more promising than others), including the FDA's aim to use convalescent plasma and the anti-inflammatory corticosteroid dexamethasone, which is often used to treat conditions like asthma.

Although other governments may not have snappy, Star Trek-sounding monikers for their vaccine-production efforts, it’s clear that scientists around the globe, from those employed by biotech and pharmaceutical companies to those staffing research universities like Oxford, have been working around the clock to develop a viable vaccine in record time. According to the University of Michigan’s Michigan Medicine branch, more than 100 potential vaccines have been winnowed down to just a handful of promising, trial-ready prospects. In the July 2020 issue of the Journal of the American Medical Association, writers outlined the five leading vaccine contenders:

The Regulatory Affairs Professionals Society — which is a global organization dedicated to the regulation of healthcare and related products, including pharmaceuticals, biologics and medical devices — has also been tracking the progress of different vaccines. In addition to the contenders listed above, the organization is keeping tabs on several others that appear promising — and that are farther along in their testing. These include a nanoparticle vaccine from biotech company Novavax that's now in the third phase of the development process, which involves testing the vaccine on thousands of people, and a live attenuated vaccine formulated out of a joint effort between the University of Melbourne, Radboud University and Massachusetts General Hospital. In total, 12 vaccines worldwide are now undergoing Phase 3 testing.

The variety of options sounds promising, but these vaccines also come with some potentially confusing lingo. So, let’s quickly break down the differences between some of these leading vaccines:

What Is the Timeline for Vaccine Testing and Distribution?

While it’s exciting to hear news about vaccine development and clinical trials, particularly with Pfizer's recent announcement, we shouldn’t put the horse before the cart, so to speak. "We might have vaccines in the clinic that are useful in people within 12 or 18 months," University of Wisconsin-Madison virologist Dave O’Connor told online journal nature. "But we’re going to need to improve on them to develop second- and third-generation vaccines." 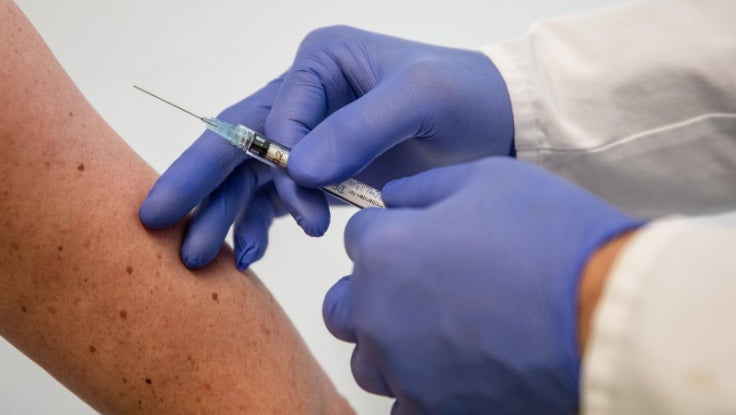 Before Pfizer, Moderna and AstraZeneca's news, results were decidedly mixed: Some vaccine trials helped small animals, like mice, stave off the virus, while other trials saw some symptom mitigation in human and simian subjects. But researchers are clearly moving in the right direction. An article on Reference points out that CDC guidelines require that "vaccines pass through six general stages of development: exploratory, pre-clinical, clinical, regulatory review and approval, manufacturing, and quality control. ...It’s not unusual for a vaccine to take 10 to 15 years to complete all the phases under normal circumstances." But considering the accelerated pace at which the latest COVID-19 vaccines have been in development, the United States is now looking at the potential for millions of Americans to be vaccinated by the end of the year if the FDA approves Pfizer's formula on an ideal timeline.

While the announcements are certainly reason to have hope, it's essential to remember that approval may not be as immediate as many people want to anticipate. Pfizer's vaccine must still receive the green light from the FDA to authorize emergency use, and then it'll need to be deployed to medical facilities around the country so vaccinations can begin taking place. This is compounded by the fact that, even if Pfizer is ready to roll out the vaccine, "the effort will hinge on collaboration among a network of companies, federal and state agencies, and on-the-ground health workers in the midst of a pandemic that is spreading faster than ever through the United States," notes The New York Times.

This means there are ample opportunities for hiccups and roadblocks in the deployment process; each step requires an increased level of cooperation and has variables that can change the outcome on both large and small scales. Ultimately, if everything comes together on an ideal timeline, the United States could have enough doses of Pfizer's vaccine to treat most Americans by mid-2021, but it may become necessary to temper expectations somewhat. Early doses will likely be reserved for high-risk populations, such as healthcare workers or people with health conditions that make them more vulnerable.

In the meantime, other research organizations and pharmaceutical companies are continuing to move forward with trials and testing as they work to advance through the various phases of vaccine development. Pfizer's news is promising for Moderna, which also uses mRNA and is currently in the third phase of testing, having recruited 30,000 participants for its large-scale trial. Moderna's vaccine must meet several FDA benchmarks, but if it remains on its current track to do so, the company plans to begin applying for emergency-use authorization of the vaccine near the end of 2020.

Like the Moderna and Pfizer vaccines, Johnson & Johnson and AstraZeneca are also now in Phase 3, having resumed testing after both companies put their earlier trials on hold when volunteers developed potential adverse reactions to the vaccines. Johnson & Johnson is expecting results from its trials by the end of the year, and preliminary studies of Phase 3 trials of AstraZeneca's candidate indicate its vaccine has good efficacy. These findings will dictate how and when both companies may be able to move forward in continuing to develop their vaccines. Novavax, too, is in the third phase of testing. Despite the fact that it hasn't yet been able to start conducting the larger-scale trials it'll need for sufficient results and FDA authorization, the company has negotiated agreements with several manufacturers that could see Novavax producing and distributing as many as 2 billion doses a year. It expects to launch its larger trials near the end of November.