How Can I Support Black Lives Matter & Protesters From Home? 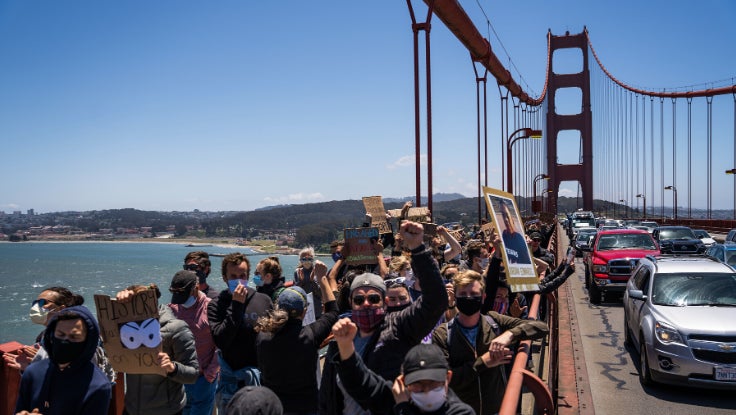 As the COVID-19 pandemic continues, many would-be, in-person protestors have found themselves fretting over what to do. While showing up to a protest feels like the most immediate and visible way to effect real change, you can still find ways to support the Black Lives Matter movement and fight for social justice from your couch. That is, there is no one way to protest. Find the lanes that work for you and your own health considerations, and then keep up that momentum. Here are just a few suggestions. 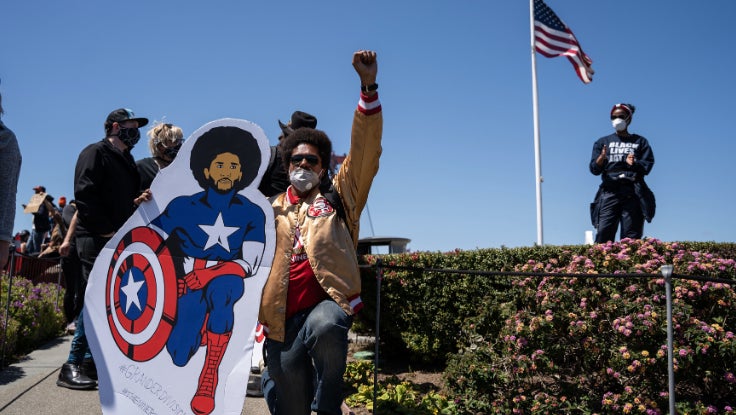 1. Donate to Bail Funds and Front-line Organizations, Especially Those That Support Black Folks:

When the protests began, incredible Minnesota-based, community-focused organizations, like Reclaim the Block and Black Visions Collective, received an outpouring of support, as did the local bail fund. While donating to places (often cities) that have had the most protests and protesters can feel like the most helpful route, you should also search for organizations that uplift and support Black folks in your local community. Check out our list of places to donate, which includes big-name organizations like the NAACP, ACLU and Black Lives Matter, as well as some lesser-known but equally important options.

A few other things to consider: Try finding an organization whose cause really resonates with you and set up a monthly donation. In this sense, you are pledging a real commitment to the cause, to supporting Black people, and helping those organizations plan for the future in a more concrete way. While Mental Health Awareness Month has come and gone, it’s important to prioritize mental health year-round and. As such, consider donating to places like Therapy for Black Girls that aim to de-stigmatize mental health topics and make resources more accessible for Black folks. Additionally, because June is LGBTQ+ Pride month, consider donating to organizations that support Black queer and trans folks, which include but aren’t limited to The Okra Project, Black Trans Travel Fund, Black Aids Institute, Trans Women of Color Collective, Marsha P. Johnson Institute and the Audre Lorde Project.

2. Sign Petitions, Pick Up the Phone, Write Letters and Emails to Your (Local) Government Officials — and Register to Vote:

Sign official petitions. Call your representatives. Write letters. Send emails. Register to vote. Sign up to receive updates from Black Lives Matter. All of these actions are immediate, meaningful and, like a physical protest, help to add your voice to a sea of many, many voices. If we all speak out, those in charge can’t ignore the message that’s being sent.

Nervous about calling your reps? This comprehensive guide from Refinery29 can walk first-timers through the process. And this toolkit can ease your worries when it comes to putting your thoughts for elected officials in writing. While it may feel at first like you’re sending your thoughts into the ether, reaching out works. In San Francisco, District Attorney Chesa Boudin tweeted that his office received over 1,000 emails in 24 hours, asking the city to defund the SFPD. Meanwhile, in Minneapolis, city council members have announced that they will vote to disband the police department — just around two weeks after the protests began.

In the wake of George Floyd’s murder, petitions circulated and signing one meant you wanted those officers responsible for his death to be held accountable. Now, you can still sign petitions for Breonna Taylor, Tony McDade and countless others who have lost their lives due to police brutality and racist acts of violence. On the official Black Lives Matter website, you can find links to various petitions, including one to show support for defunding the police. Here’s a roundup of current petitions, from ones that demand justice for individuals like Ahmaud Arbery to others demanding the police be held accountable in the future.

While supporting businesses in person has been complicated by the COVID-19 pandemic, you can still support Black business owners and creators online. In fact, due to the pandemic, more businesses and restaurants are shifting gears and becoming accessible from afar. From Adjourn Teahouse, a Black-owned tea shop in Washington, D.C., to BrightDyed Designs, a Black- and family-owned tie-dye shop based in California, there are countless Black-owned businesses and Black creators to support online.

Additionally, if you plan on ordering takeout, try ordering from a local Black-owned restaurant (and be sure to tip well). Once your food arrives, put all those Instagram skills to work: Anela Malik (@feedthemalik), a Black foodie and advocate, recently posted on Instagram, "Black-owned businesses historically lack access to capital and investment. They often don’t have PR firms or marketing agents… Produce some high quality images to support Black businesses. Share on Yelp, Google and social. Share them directly with the business so they can use them on their social and websites!" Moreover, diversify your feed with Black voices by following foodie accounts like @blackfoodfolks, @whiteplatesblackfaces, @from_lagos, @smallorchids and @thecookinggene. While it’s nearly impossible to include a comprehensive list in this article, here are some restaurant lists from metropolitan areas across the country, including the Bay Area, New York, Philadelphia, Chicago, Seattle and Los Angeles.

4. Educate Yourself With Books, Films and Well-Researched Content Circulated on Social Media:

Using social media is a great way to discover Black-owned businesses, Black artists and Black activists. As you diversify your feed, you’ll start to discover more and more folks to support — and you’ll have a chorus of different voices and viewpoints to engage with throughout the day. Instead of posting your personal stories, selfies or feelings on what’s happening, look to center Black voices instead.

Even if you feel you have a small platform, reposting helpful links, graphics and more can boost the visibility of important causes and help amplify Black voices. That is, don’t be completely silent — that’s complicity — but give that valuable social media real estate to others. You never know who you’ll educate by doing so. Additionally, check out the #AmplifyMelanatedVoices hashtag and follow Black activists like Layla F. Saad, Rachel Cargle, Mireille Cassandra Harper, Ijeoma Oluo, Alicia Garza, Brittany Packnett Cunningham and others.

While some Black activists, writers and educators willingly give their time and energy, it is not the job of Black people to teach white people how to be anti-racist, nor is it their job to educate white people and allies in general. Seek out resources yourself, including books and films that can help you understand the history of police brutality and white supremacy as well as those that help you better grasp the lived experiences of folks you’re fighting for.

5. Speak Out Against Racism — and Silence — That You Encounter:

It’s time to feel uncomfortable. In fact, it’s the least you can do. If your life hasn’t been impacted by police brutality or racism, you’re privileged. That is, being able to look the other way or move on with your day and do mundane things is privileged. Every day, Black folks deal with the weight of microaggressions, with racist comments and actions, and have the burden placed upon them to educate white and non-Black folks. It’s time to shoulder that weight and do your part to call out racism, homophobia, transphobia and sexism — put a name to it for those perpetuating these bigoted views.

Sure, calling out your parents, your coworker, your best friend — that’s all uncomfortable. When you call them out, they’ll probably feel embarrassed or get defensive about their position, but you need to start feeling okay with "rocking the boat." After all, a lot of this discomfort when talking about race stems from the fact that as a white person you’re taking steps to admit that systemic racism is not only a problem, but something you’ve actually been able to ignore and, most often, benefit from. Understandably, we all want to see ourselves as "good people," but racism isn’t so cut and dry. Racism isn’t just derogatory comments; it’s something that’s ingrained in our attitudes — it’s holding your purse or wallet closer when passing a Black person, for example — and it’s also something that’s ingrained in the very fabric of our country’s systems and institutions, from the criminal justice system and redlining to the creation of the modern-day police.

"Fighting oppression is uncomfortable work by its nature," Zyahna Bryant, a Charlottesville-based activist, organizer and social impact strategist, wrote for Teen Vogue. "Working to make change in the systems you’re already a part of is as important as plugging into conversations about systems you don’t interact with regularly." So, next time your family member says something racist, speak out. Don’t just explain why the remark was racist, but work to interrogate whiteness, too. Next time a friend is completely silent, ask them to speak up. Folks who consider themselves allies must do this essential work to change the world around them.