Unlike Twitter or LinkedIn, Reddit seems to have a steeper learning curve for new users, especially for those users who fall outside of the Millennial and Gen-Z cohorts. But even though it may not be as ubiquitous across generations as, say, Facebook, Reddit is still the seventh most-visited site in the United States — and it ranks 19th most-visited worldwide, according to a survey conducted by Alexa Internet in September 2021.

These posts are organized into user-generated boards called “subreddits,” and, much like virtual folders in a virtual filing cabinet, these subreddits allow users to easily access content themed around specific topics. Looking for content about your favorite HBO series? Try the Game of Thrones subreddit, stylized as r/gameofthrones to reflect the way each subreddit’s name appears in part of its URL. Not your style? Maybe fitness topics appeal and you should check out r/fitness. Want to look at pictures of gorgeous homes from around the world? Head on over to r/cozyplaces.

That’s to say, there’s a subreddit for virtually every topic — or you can create one if it doesn’t already exist. Once users add content to a subreddit, these posts can either be “upvoted” or “downvoted” by other members. The more thumbs ups a post gets, the closer to the top of the subreddit’s page it’ll be, which means it’ll likely get more views. If a post is upvoted enough, it can appear on the site’s homepage, where it’ll get the most eyeballs on it.

What Is the r/Relationships Subreddit?

Like other user-focused sites, a post’s Reddit success hinges on popularity. But even the site’s founders didn’t quite realize just how popular their platform would become. In 2006, when they were in their early 20s, Ohanian and Huffman sold the site to Condé Nast Publications for somewhere between $10 million and $20 million.

While that may sound like a cushy payout, the so-called “front page of the internet” grew to be valued at $1.8 billion over the next decade and was backed by investors like rapper-turned-entrepreneur Snoop Dogg and Mosaic web browser co-author Marc Andreessen. As of December 2021, the company’s valuation climbed to $10 billion after filing a report with the Securities and Exchange Commission (SEC).

Needless to say, Reddit is both popular and valuable. But the site has also reshaped the way users interact with one another, a fact that’s perhaps best seen in the growth of the r/relationships subreddit. With 3.2 million members, r/relationships bills itself as “a community built around helping people and the goal of providing a platform for interpersonal relationship advice between Redditors. We seek posts from users who have specific and personal relationship quandaries that other Redditors can help them try to solve.”

Although the bulk of the posts center on romantic relationships, the questions posed by Redditors can really run the gamut from familial problems and platonic quandaries to queries regarding the identity of the poster themselves. Some examples include: “I (28 F[emale]) feel a bit guilty that I am spending Christmas with my partner (26 M[ale]) instead of my family;” “I (20 M[ale], bisexual) am uncomfortable coming out to my girlfriend (19 F[emale]);” “I (22 F[emale]) can’t tell if I’m being emotionally/mentally abused by my parents or if they’re actually right;” and “When my partner says ‘You make me happy’ it makes me uncomfortable.” Following these succinct headlines, Redditors include outlines of what’s happening in their situations and ask fellow users for advice.

Of course, when you think of comments sections, you’re probably wary: On most sites, the comments are a minefield — populated by “trolls” and overrun with toxicity. So much so that some sites disable comments altogether. And it’s true: Reddit isn’t immune to vitriol either and has certainly made headlines for the abusive, bigoted things members have said to one another.

But, perhaps surprisingly, moderators — and the shared mission statement that unites the subreddit’s nearly 3.2 million members — have made a relatively safe space out of r/relationships. A space in which folks feel comfortable enough to be vulnerable with strangers.

Even though handles on Reddit tend to be fairly anonymous, many posters in r/relationships tend to create “throwaway accounts,” or accounts made for the sole purpose of asking these complicated questions and posting these rather intimate thoughts. Surely, the anonymity has a lot to do with why vulnerability in r/relationships feels okay, but the quality of the advice — not to mention the resources redditors share with one another — is also shockingly thoughtful and deep.

Unlike the advice columns of yesteryear — like Dear Abby or Miss Manners — there isn’t one be-all, end-all expert doling out advice. This crowdsourcing allows Redditors to connect with others over anger, heartbreak and confusion. If someone needs peace of mind or to be pulled out of a situation they’re struggling with, the internet’s unofficial sounding board offers a hand.

There’s no doubt that some folks lurk on the subreddit without writing a single word. Instead, these lurkers gawk at the posts — maybe out of some need for escapism from their own lives, or maybe just because schadenfreude is something humans can’t help but revel in. Regardless of this voyeuristic component, r/relationships illustrates how we can use the internet to step outside our own perspectives — to understand ourselves and the things that limit us — and make impactful human connections. And that deserves an upvote. 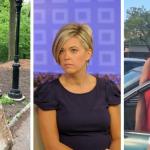 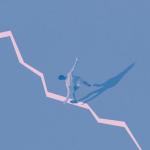 What Is Toxic Positivity — and How Is It Harming Your Loved Ones?
4 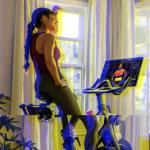 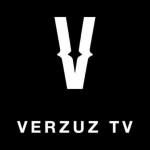