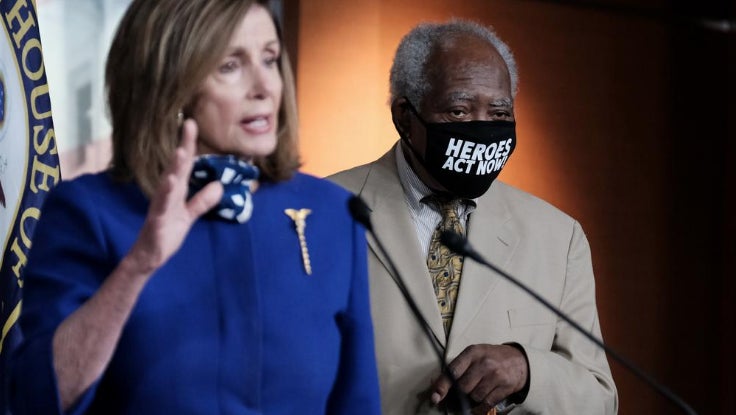 Updated | January 11: Following months of ongoing relief legislation negotiations between House and Senate Democrats and Republicans — and while Congress remained unable to broker a compromise even in the face of multiple big-budget proposals — a second stimulus check has been authorized and is now being disbursed. Another potential package with stimulus payments may still be on the horizon, but this won't see approval until after President-elect Biden takes office.

In the months following the CARES Act's passing, Congress continually failed to broker and distribute a second relief package with stimulus checks to assist Americans in weathering the struggles the COVID-19 crisis has caused. Multiple proposals looked promising but ultimately didn't pass. After back-and-forth negotiations failed to result in an agreement for almost eight months, Congress finally approved the Consolidated Appropriations Act, a second relief bill — one that included economic impact payments, the IRS's term for stimulus money — just a few days before Christmas of 2020. Although the CARES Act's relief checks paid out a more generous $1,200, the second package's stimulus checks ended up paying out $600 to eligible Americans, despite whispers of a last-minute bid to push the amount to $2,000 per individual.

Now, amid confusion about the amounts of the $600 stimulus payments — more on that below — President-elect Biden is reportedly putting together a multi-trillion-dollar stimulus package that would "boost stimulus payments for Americans to $2,000, extend unemployment insurance and send billions of dollars in aid to city and state governments," reports The Washington Post. Although this third round of checks won't take shape until after Biden takes office on January 20, it appears that even more relief may be on the horizon without another eight-month wait.

How Do the Various Proposals and Acts Compare? 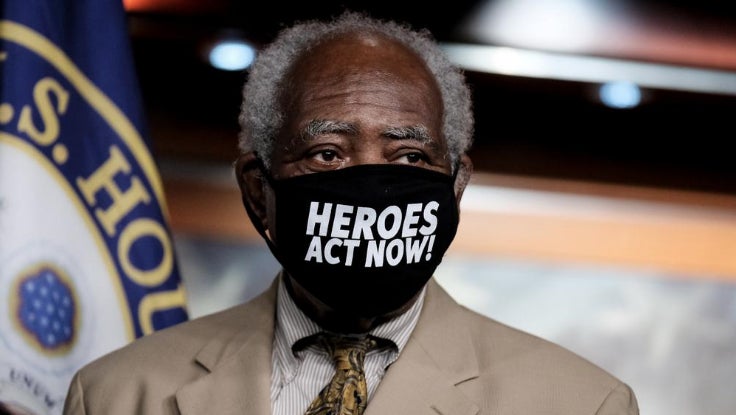 As for the follow-ups, the Democratic-led House of Representatives proposed the HEROES Act in May, calling for a relief package worth triple what Republicans aimed to spend in their counter-proposal, the HEALS Act. Efforts to reach a compromise between the two — and to pass the GOP's subsequent "skinny bill" and the later March to Common Ground framework — completely fell flat, but calls for new proposals remained in the works. As potential new package proposals emerge, reviewing a quick comparison — particularly of how they relate to the CARES Act and the second stimulus, which are the only relief packages that have passed so far — can help cast light on what's on the line.

As May 2020 bills loomed in the pandemic's earlier days, Reps. Ro Khanna (D-Calif.) and Tim Ryan (D-Ohio) proposed the Emergency Money for the People Act (EMPA), which intended to provide stimulus payments of $2,000 a month to qualifying Americans for six months with the option to renew the program. Moreover, to account for the delayed CARES checks, EMPA would have allowed funds to be distributed by more 21st-century payment platforms, like Venmo and PayPal. Of course, that plan didn’t pan out. 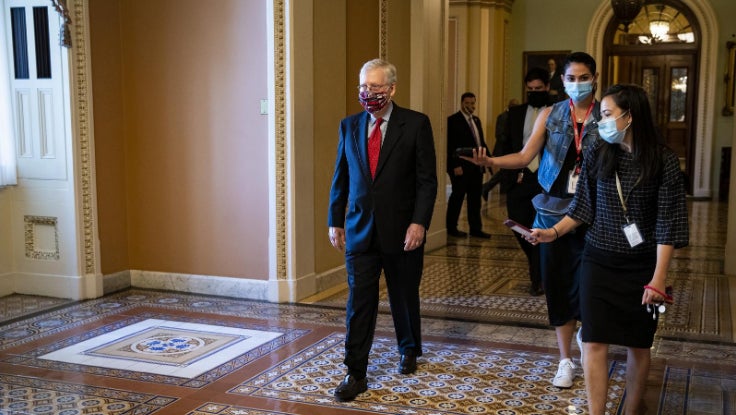 While the Republican-helmed HEALS Act initially seemed to be the frontrunner, both HEROES and HEALS were hotly contested. And as multiple follow-up proposals fell flat, things became even more complicated. Democrats objected to the HEALS Act because it didn’t extend unemployment benefits in full; they were also pushing for larger stimulus checks and $1 trillion in state aid.

Why did negotiations between HEALS and HEROES fall apart? Democratic House Speaker Nancy Pelosi summed it up by noting, "We're very far apart. It's very unfortunate." The two parties ultimately failed to reach a satisfying agreement because what the groups wanted from their separate plans was so different that it was difficult to find common ground on which to work things out. And the "skinny bill" left both sides with less to work with — the simplified offering failed to make it easier to focus on the few specific issues it did address.

In addition, the bipartisan March to Common Ground proposal began facing criticism almost immediately following its introduction. Top House Democrats noted that the plan did provide a usable framework that future bills could build off of in hopes of a compromise, but they also said that it ultimately didn't do enough to limit the struggles many Americans had been facing throughout the pandemic. In a joint statement, House committee leaders noted, "While we appreciate every attempt at providing critical relief to American families, the...proposal falls short of what is needed to save lives and boost the economy." According to Li Zhou of Vox, the cost of the bill was likely also higher than what Republican leaders would've been comfortable with. Although March for Common Ground faced quick dismissal, pressure to find a solution mounted, especially as the presidential election loomed.

The slow decision-making became incredibly frustrating, perhaps even more so for Americans without jobs since the $600 per week unemployment earnings ended on July 31 and the additional $400 weekly unemployment checks resulting from Donald Trump's executive order to restart those payments were largely no longer being provided by most states. According to CNBC, these proposals would "impact nearly 32 million Americans currently receiving unemployment benefits — about five times the level of the Great Recession more than a decade ago." Then, after months of waiting, millions of Americans finally saw more aid with the passing of the Consolidated Appropriations Act. And it wasn't without its own form of confusion.

Even the second stimulus bill faced hurdles from the outset, particularly when it came to the amounts of the proposed economic impact payments. Although Congress finally reached an agreement that included one-time $600 payments to eligible Americans, Donald Trump reportedly called the package and that amount a "disgrace" and claimed he wouldn't sign the bill into law unless the payments were upped to $2,000. Trump ended up signing the package into law with the $600 payment amount intact. Just days later, the House of Representatives voted to increase the payments to $2,000 and give eligible Americans up to $1,400 more as part of the second package. However, Senate Majority Leader Mitch McConnell refused to hold a vote on the second bill's potential second payment, leaving many Americans wondering if they'd see additional aid.

Will There Be a Third Round of Stimulus Checks?

Although it's unlikely anyone will receive a supplemental $1,400 check as a follow-up to the $600 payments the second stimulus bill provided, a third round of stimulus payments is still on the horizon. As mentioned, President-elect Biden is already discussing a multi-trillion-dollar relief package that's in the works — a package that would include $2,000 economic impact payments for Americans. This bill will likely also allocate billions of dollars in aid for schools, better vaccine distribution and rent forbearance. It may even bump up weekly federal unemployment assistance payments to $600. 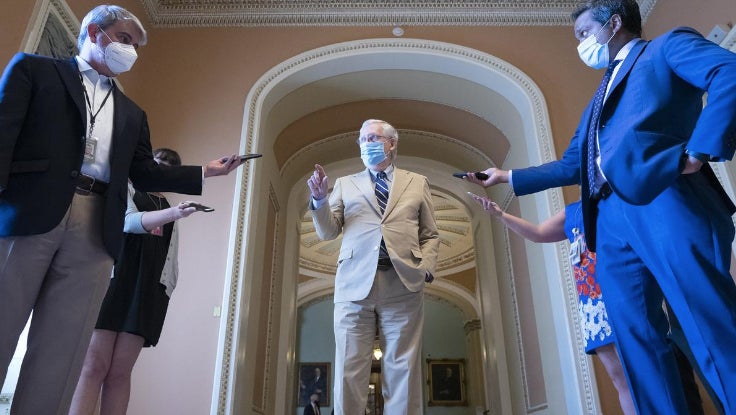 Biden has acknowledged that "the price tag will be high" for this bill but has also stated that "we need to provide more immediate relief for families and businesses now," according to The Washington Post. The president-elect further explained, "The overwhelming consensus among leading economists...is that in order to keep the economy from collapsing [in 2021]...we should be investing significant amounts of money right now." Of course, it remains to be seen how a potential third bill will play out and what provisions it could ultimately end up offering. But it appears that providing more aid will be one of Biden's central priorities when he takes office.

As negotiations continue and new proposals and discussions crop up, many Americans remain eager for more answers, direction and aid. Here's hoping that all comes sooner rather than later.

Right now, decisions are still being made, and details remain up in the air. Please check back for the most up-to-date information on the second round of stimulus checks and COVID-19-related relief.