Ask Answers: What is a Karen, and What Do We Do With Her?

Ask Answers: What Is NBCUniversal’s Peacock — and Why Should You Add Another Streaming Service to Your Rotation?
2

From a PR Firm to a Peabody Award: The Rise of Acclaimed Director Ava DuVernay
4 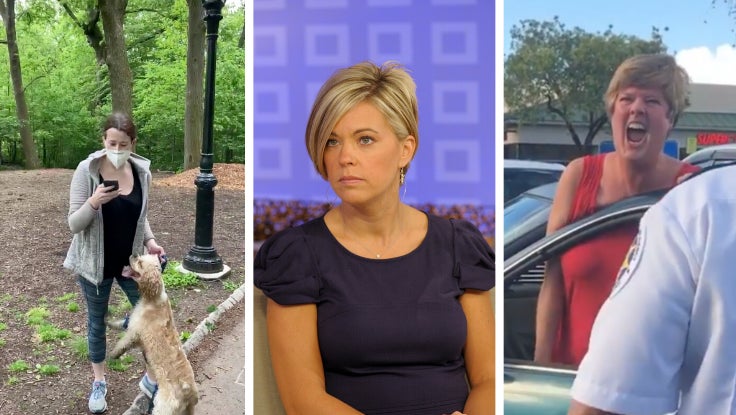 She stomps down the store aisle, her rhinestone-emblazoned top glinting in the fluorescent lighting. Her nostrils flare with the fury of 1,000 dragons as her eyes narrow, but not a hair is out of place in her highlighted helmet of an A-line bob. A heady aroma of white privilege and drugstore perfume permeates the air. Suddenly you hear it — a rhythmic cascade of acrylic nails drumming the counter beyond your register. Her name is Karen, and she's here to speak with your manager.

The infamous "Karen" has actually become a popular internet and real-life villain, blowing up (literally) even more during the COVID-19 pandemic. But what exactly is a Karen, where did all these Karens come from and what do we do with them? We’ve got the answers. Here’s the story behind the internet’s loud, rude and self-centered enemy, Karen.

"Karen" is a slang term often referring to a middle-aged white woman who acts entitled and rude, usually while expecting special treatment that she doesn’t actually deserve. Other common Karen behaviors include bullying retail and restaurant employees, having close-minded viewpoints and throwing public tantrums over the slightest inconveniences. She acts out with little respect for others, thinking whatever Karen wants, Karen gets. 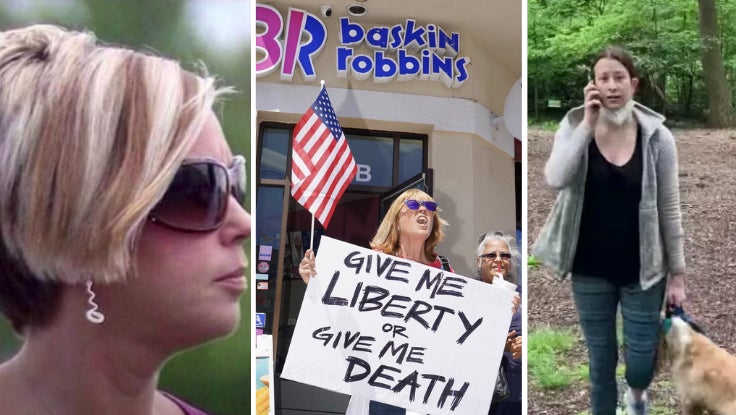 Of course, whatever happens in society goes on social media, and Karen’s antics are no exception. Even if you haven’t had the displeasure of sighting one in the wild, you’re almost sure to encounter one online. One of the most recent examples of a Karen on the loose took place when one demanded a refund from Burger King employees...while the restaurant was on fire and they were evacuating the burning building. When the staff encouraged her to get away from the fire, she screamed and insulted them. That’s a typical Karen — putting her wants before everyone else’s needs (and in this case, lives). In the beginning, Karen was just someone with a ridiculous haircut and laughable complaints. However, she has turned into something far more dangerous lately.

Unfortunately, there are many more racially charged undertones to the typical Karen that’s now emerging in society. Recently, she’s become more sinister, using her white privilege to endanger the lives of others, such as by unjustly calling the cops on people of color. For instance, Amy Cooper, also known as "Central Park Karen," called the police on an innocent Black man, falsely claiming that he was threatening her life. He was actually just asking her to leash her dog, and she was the one making threats. She took the opportunity to try to turn him into a potential target of police violence, knowing that police brutality routinely and disproportionately affects people of color. This version of Karen is definitely not funny. It’s a serious problem.

Linguists searched far and wide, concluding Karen perhaps has more than one origin. The term has been sighted in an old Reddit post of a man complaining about his ex-wife Karen, Mean Girls and even a 2005 skit by comedian Dane Cook in which he jokes about the most hated friend in the group. Karen may have also began as "a Black meme used to describe white women who tattle on kids’ lemonade stands." Wherever Karen came from, it has evolved in digital culture through memes and social media platforms to the point where Karen is now notorious on Twitter and Tik Tok. The Karen phenomenon is also showing no signs of stopping, and Karens are evolving. 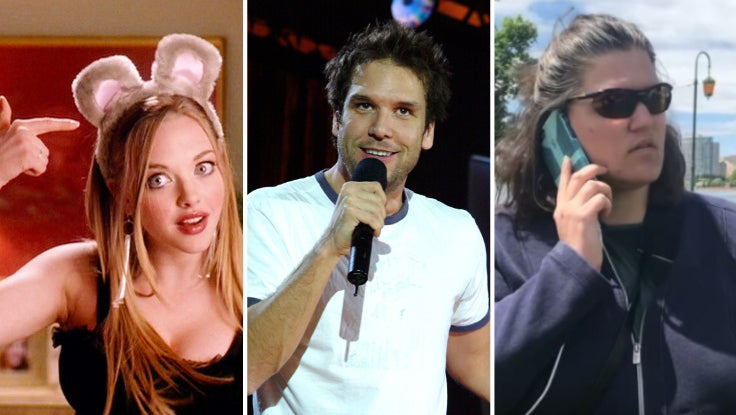 Karen isn’t the only basic name used to describe people with patterns of behavior. Yes, that means you have to watch out for other people besides her. Karen joins Becky or "BBQ Becky," a phrase coined after a white woman called the police on Black people barbecuing in a park. Joining their ranks are others like Permit Patti, Golf Cart Gail and the male counterpart, Chad. But no matter what they’re called, these names all start to refer to one type of person: an entitled white woman who uses her privilege to subjugate people based on their race, often using their mundane activities as an excuse to target them.

Some people believe that the term Karen is offensive and sexist, but others argue that it's a way to call out unjust situations as well as certain people who get away with being racist, entitled and ignorant. Karen’s behavior and superiority mindset come from a history of violent white women who have used their privilege and victimhood as weapons. Some people compare today’s Karen to Carolyn Bryant, who falsely accused Emmett Till of offending her. The false statement led to Till’s brutal lynching. Today’s Karens are similarly emboldened by their privilege, seeming to care less about the potentially deadly consequences for the people they’re harassing and more about having an excuse to feel powerful or in control.

With all the offensive and problematic things Karens do and say, who would want to run into one? Unfortunately, many people have already encountered Karens. If you haven’t, hopefully, you never will. But it’s always a good idea to be prepared for Karens in the wild. 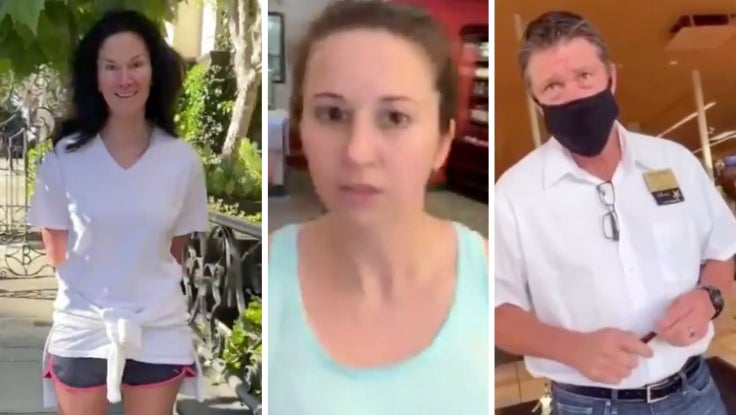 Karens naturally roam stores and restaurants, waiting for a chance to attack workers, get attention from managers and wield their white privilege. If a Karen can’t catch exactly what she’s after, she hunts at parks and on streets to start an argument with people minding their own business. These Karens are hungry for control, the spotlight and the opportunity to feel superior.

She may pretend to know everything about the area and threaten to call the police on people of color (SF Karen). She may also act out when she knows she has done something wrong (coughing Karen). However, she will certainly raise her voice, begin throwing accusations and have steam blowing out of her ears. That’s the cue to back away or scare her away by calling for help or filming the incident. She’s already made her choice to bully you or someone in your vicinity, so if you decide to spook her with your phone or by calling for backup, she’ll hopefully back down.

We can also try banishing Karens from public spaces or luring them to an anger management class, but showing them how to be decent human beings may make the most impact in decreasing the number of Karens in the world. As much as we want Karen to recognize her offensive behavior by correcting her, it may be difficult to engage with Karen because of her victimhood mindset. As a result, engaging with Karen’s victims may be a better approach. Be kind to those who are targets of Karen’s wrath. Demonstrate how to behave and how to treat others with respect. Focusing on the act of helping the victim can be a teachable moment for terrible Karens. They need to learn that their behavior is unacceptable in society.

Ask Answers: What Is “MasterClass” and Why Is It the Perfect Quarantine Rabbit Hole?