These Were the Biggest Environmental Disasters on Earth in 2020

2020 got off to a rocky start — and then turned into a complete climate disaster. On top of the COVID-19 pandemic, the world went through many environmental emergencies this year. Some of them forced thousands of people to flee their homes, while others have impacted wildlife forever. According to Scientific American, the U.S. alone experienced 16 natural disasters that cost more than $1 billion in damages — each.

Many environmental experts believe that climate change played a key role in recent crises. With the Paris Agreement climate pact now approaching five years since its drafting, this topic is more important than ever. For 2020, we’re highlighting the most extreme natural disasters on the planet, ranging from record-breaking forest fires to highly disturbing locust swarms, to help raise awareness about our ever-growing global climate crisis.

The National Hurricane Center’s Twitter account described 2020’s hurricane season the best: “Ugh.” The season was crazy busy, with a record high of 30 storms. There were so many tropical cyclones that meteorologists ran out of names to give them, so they used letters of the Greek alphabet — only the second time this has ever happened.

The Atlantic’s warmer water and air temperatures created the perfect recipe for non-stop hurricanes from June to November. The worst part is just how strong and massive the storms were. For instance, Hurricane Hanna dumped more than 15 inches of rain on South Texas, causing flash floods and power outages everywhere. Another deadly storm, Hurricane Isaias, unleashed a fury of tornadoes in Virginia, Maryland, Delaware and New Jersey.

After a wild hurricane season, the last thing we want to think about is the possibility of more hurricanes. Unfortunately, extreme-weather expert Jill Trepanier believes the situation will get worse. “Rapid intensification seems to be the name of the game right now,” Trepanier said. “We should expect to see events intensify quickly when conditions are as warm as they are presently.”

We all knew wildfire season was coming to California, but we didn’t expect it to turn into a scene from Stranger Things or Blade Runner 2049. In September, Northern California residents woke up to a dark orange-red sky that looked as though the end of the world was approaching.

Why was the sky glowing in these strange colors? It all started with an abnormal thunderstorm in August, which brought more than 9,000 lightning strikes across the dry, hot state. The rare spectacle sparked 500 wildfires — and the worst wildfire season in California history.

The smoke from the northern fires blew into the Bay Area and stayed at a high altitude due to extreme winds, ultimately causing this phenomenon. With the sun nowhere in sight, “What time is it?” became the most-asked question on the West Coast for nearly two weeks.

Just when we thought the world couldn’t get stranger this year, swarms of locusts turned the sky dark and consumed everything in their way like a verse from the Bible. The Guardian reported that Kenya went through the worst outbreak of locusts in 70 years, and Uganda, India and Pakistan were also living in a nightmare because of these pests.

Thanks to climate change, unusually heavy rain in the regions created the perfect locust breeding grounds, leading to massive new swarms. According to National Geographic, “Swarms can swell to 70 billion insects — enough to blanket New York City more than once.”

Although these pests don’t harm humans, they can cause a hunger crisis; a swarm is powerful enough to destroy crops, pasturelands and trees. The Famine Early Warning Systems Network predicts that locusts can devour enough crops to feed 280,000 people for six months in Somalia. Hopefully, the affected regions can prevent those pests from causing any more damage.

The Philippines Endured a Volcanic Eruption and Thousands of Tectonic Earthquakes

Did you know that the Philippines is home to 23 active volcanoes? The thought that these land formations can erupt at any moment is a frightening one. So, when Taal, the second most active volcano in the country, began to shake, those fears became a terrifying reality for the surrounding residents.

In early January, the volcano spewed gas, lava and ash into the air. This prompted the Philippine Institute of Volcanology and Seismology (PHIVOLCS) to release an Alert Level 4 — meaning a dangerous explosive eruption was possible within hours to days. According to the New York Post, 300,000 people needed to flee.

By the end of January, the alert on the volcano was lowered, allowing residents to return to villages buried in thick layers of ash and destroyed homes. Unfortunately, this wasn’t Taal’s last rumble; the PHIVOLCS reported a total of 2,484 volcanic-tectonic earthquakes near the volcano. Poultry farmer Emer Siscar told The New York Times, “It looks like we now have a more active volcano going forward.”

Things went from bad to worse in Australia as flames and smoke covered forests and cities from June 2019 to May 2020 — a year known as Black Summer. The deadly wildfires forced thousands to evacuate, burned at least 46 million acres and destroyed 6,000 buildings. Another heartbreaking outcome was the death and harm of almost 3 billion animals. More than 100 species were in need of “urgent help” to survive, including koalas, wallabies and several species of birds. Many of their beautiful habitats vanished in the devastation, making it challenging for the animals to find food and shelter.

Why were the fires so catastrophic? With record-breaking temperatures and months-long droughts, there was more energy to power the fires. Climatologist Joanna Wibig believes climate change is to blame, saying, “Climate change definitely contributes to fires spreading more easily, in Australia, but also in California, for example.”

On a positive note, some rescued animals have been released back into the wild — just look at this koala climbing a tree. With so much loss, it’s comforting to know that some animals were saved and returned home.

Our beautiful planet is transforming at an alarming rate. This is a problem; the changes in temperature can cause dangerous shifts in climate and weather. This devastating year of disasters is a reminder of the seriousness of climate change. By following guidance from climate experts and taking immediate action to save the planet, we can help shape the future in preserving the health of Earth. 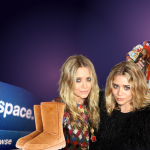 These Were The Biggest Cultural Trends of the 2000s
2 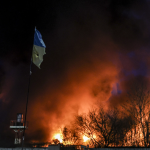 The Hidden Costs of Conflict: Environmental Impact of the War in Ukraine
1