Year of the Rabbit: What Do Each of the Chinese Zodiac Signs Represent?

When someone asks “What’s your sign?” they’re usually referring to Western astrology – which is heavily based on Greek mythology, customs, and culture. In reality, there are a plethora of zodiac signs that mean different things to different people across the globe. Shēngxiào, also known as the Chinese Zodiac, features twelve unique animals with distinct characteristics.

In order, they are the Rat, Ox, Tiger, Rabbit, Dragon, Snake, Horse, Goat (or Sheep), Monkey, Rooster, Dog, and Pig (or Boar). The Chinese Zodiac cycles through each animal every twelve years; for example, people born in 1995, 2007, and 2019 were all born during the Year of the Pig.

The Chinese Zodiac stems from an ancient folk tale called “The Great Race”. According to legend, the mythical Jade Emperor held a swimming contest to determine how he’d name each year in the Chinse calendar. The Rat finished first while the Pig was last, but all of the animals have fascinating stories associated with them. Chinese New Year is in full swing, so let’s celebrate the Year of the Rabbit by exploring each birth sign.

Cunning, creative, conniving. The Rat finished the Great Race first by manipulating two other animals; the Ox and the Cat. Both the Rat and the Cat were extremely intelligent creatures, but they were also rancid swimmers. They convinced the kind-hearted Ox to ferry them across a great stream. There, the Rat pushed the Cat into the raging waters and jumped ahead of the Ox when they came ashore.

Quick wits and non-linear thinking are some of the core strengths of this zodiac sign, while deception and avarice are its fatal flaws. People born in 1984, 1996, 2008, and 2020 were born during the Year of the Rat. You are encouraged to balance any manipulative or deceptive aspects of your character with kindness and generosity.

The Ox is humble, gentle, and compassionate. It lent a helping hoof to the Rat and the Cat without expecting anything in return and remained level-headed despite the Rat’s deception. The Ox’s great physical strength helped it weather the tide, but its tremendous strength of character earned the Jade Emperor’s favor. Some believe the Ox was too foolish to realize it had been tricked by the Rat, while others believe it simply chose forgiveness over retribution.

Immense kindness and fortitude are some of this sign’s best traits, while gullibility and bull-headedness (pun intended) are some of the worst. Anyone born in 1985, 1997, 2009, and 2021 was born amidst the Year of the Ox. Continue to treat others with kindness, but remember not to do so at your own expense – and to listen to others more effectively.

Many are surprised that the Tiger would finish the Great Race in third place. After all, it wasn’t the most intelligent or aquatic participant. But Tigers are patient, persistent, and powerful in their own right. They carefully stalk their prey through some of the world’s harshest jungles and rainforests. A swim across a raging river is just another challenge they’re more than equipped to overcome.

Keen focus, determination, and bravery are some of this sign’s greatest attributes, which can be undermined by narrow-mindedness and aloofness. Individuals born in 1986, 1998, 2010, and 2022 were born during the Year of the Tiger. Always keep your eye on the prize, but stop and smell the roses from time to time.

Some say you’re either born lucky, or you aren’t. Others believe we make our own luck. The story of the Rabbit presents a strong case for both arguments. This nimble creature trailed behind the Tiger during the Great Race, crossing the river by hopping from stone to stone. Midway through the race, the Rabbit lost its footing. It would’ve drowned just like the Cat if a wayward tree branch hadn’t drifted its way. The Rabbit seized this opportunity and finished in fourth place.

Confidence, elegance, and sociability are some of this sign’s positive traits, while arrogance and superficiality are clear negatives. Folks born in 1987, 1999, 2011, and 2023 were born during the Year of the Rabbit. Fortune might favor the brave and the charismatic, but humility and honesty also go a long way.

The Dragon could’ve simply soared past its competitors and reached the Jade Emperor first, yet it did not. Instead, the Dragon was allegedly side-tracked by performing good deeds for those in need. This account begs much skepticism; the Dragon might have blown the tree branch towards the drowning Rabbit, but why didn’t it save the Cat? Moreover, did the Dragon perform its good deeds out of altruism or vanity?

Pride, idealism, and strength are some of this sign’s biggest pros while egocentrism and impracticality are some of its biggest cons. Anyone born in 1988, 2000, 2012, and 2024 was born in the Year of the Dragon. Aim high and fly high, but never get too high on your own ego.

The Snake should not have finished in sixth place, but when have things like rules or social norms ever stopped this creature? Instead of swimming across the raging river, the Snake coiled around the Horse’s leg… without asking for permission. When they reached the shore, the Snake slithered from its hiding place – startling the Horse and effectively stealing its way to glory.

Wisdom and discrete strength are two of this sign’s most potent assets, but there’s much to be desired in terms of meekness and consideration for others. Individuals born in 1989, 2001, 2013, and 2025 were born during the Year of the Snake. You’re full of wisdom and keen insight, but you must also learn to think of others more.

The Horse embodies freedom and vitality in many ways. If the Great Race occurred on land, the Horse may have found a way to outpace the Tiger and possibly even the Dragon. But the race was held in a flowing river, far outside the Horse’s comfort zone. Maybe that’s why it didn’t notice the Snake wrapped around its leg, why it recoiled at the serpent when they reached dry land, and why it was ultimately grateful to earn seventh place.

High energy, willpower, and immense charm are hallmarks of the Horse. Impulsiveness and inflexibility, however, are some of this sign’s greatest weaknesses. People born in 1990, 2002, 2014, and 2026 are part of the Year of the Horse. Your positive energy and vibrant personality will take you far in life if you can reign in your impulses.

The Goat/ The Sheep

The Goat, the Monkey, and the Rooster all realized that they were terrible swimmers. Rather than go it alone, or deceive one another, these three animals formed an alliance. They assembled a raft and sailed across the river as a team. Some legends say the Goat (or the Sheep, depending on who you ask) offered to let the Monkey and the Rooster off of the raft first. Because of this, the Jade Emperor granted the Goat eighth place.

Thoughtfulness, sensitivity, and adaptability set this sign apart, while capriciousness and instability can set it back. The Year of the Goat includes 1991, 2003, 2015, and 2027. The world will always need nurturing people like you, but remember to nurture yourself and monitor your mood.

Monkeys hold a special place in East Asian mythology. Sun Wukong, the Monkey King, battled demons and deities as he took part in the legendary Journey to the West. It’s possible that the Monkey who participated in the Great Race may have been one of Wukong’s relatives. Bold, brash, and full of spirit, the Monkey happily helped the Goat and the Roaster cross the river. And when the Jade Emperor granted it 9th place, the Monkey accepted with a smile.

Cheerfulness, improvisation, and courage elevate this sign to new heights, while thoughtlessness and ignorance can sink it to new lows. The Year of the Monkey encompasses 1992, 2004, 2016, and 2028. Your instincts will help you climb high. Don’t let anything or anyone make you lose your footing – including yourself.

The Rooster is the last animal who sailed its way to glory in the Great Race. Just like the Monkey, this animal also has a special place in Chinese mythology. The sun seems to rise at this beast’s beck and call, while wealth and good fortune are never out of reach. The Rooster can sense and see what others cannot. Maybe that’s why it accepted tenth place; after all, the number ten represents perfection in Chinese culture.

Forcefulness, resourcefulness, and excellence go hand-in-hand with this sign, though it can be crippled by eccentricity and rudeness. The Year of the Rooster comprises 1993, 2005, 2017, and 2029. You may very well possess rare talents and abilities, but you can only accomplish so much alone.

The Dog shares many fantastic traits with other animals; it’s friendly as can be, extremely energetic, and is an excellent swimmer. Why then did such a capable creature finish in eleventh place? Simple, the Dog got distracted. Swimming and splashing in the water was just too much fun. When the Dog finally regained its senses, 10 other animals had already overlapped it. The Jade Emperor was initially disappointed, but he just couldn’t stay mad at such an adorable creature.

Loyalty, alongside affection and a desire for justice, are some of this sign’s best traits. Overleazousness, clinginess, and vindictiveness are some of its worst. People born in 1994, 2006, 2018, and 2030 are part of the Year of the Dog. Your trusting nature can be your saving grace or your undoing if you don’t manage it.

The Pig/ The Boar

After the Jade Emperor granted the Dog eleventh place, he was fully prepared to call an end to the Great Race. Suddenly, an “oink, oink” rang out behind him. The Jade Emperor turned around and found a Pig (or a Boar in some legends) nonchalantly standing behind him. What events could’ve possibly transpired to delay the Pig? Did it encounter grave danger like the Rabbit? Was off running errands like the Dragon? No, the Pig had simply overslept after having a snack.

Serenity, charity, and nobility are this sign’s finest qualities, while laziness, oversentimentality, and naïveté are some of its worst. The Year of the Pig consists of 1995, 2007, 2019, and 2031. Don’t be so quick to count yourself out – you’re capable of much more than you know. 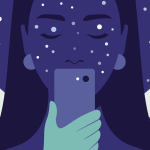 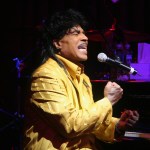 33 Famous Songs That Don’t Mean What You Think
1