Move over, high-flying reindeer and jolly gingerbread people — there’s a whole global gaggle of gleeful and gruesome holiday characters who deserve some time in the spotlight this winter. While the average American’s list of traditional Christmas beings may begin and end with Santa and his friendly, industrious elves, most people across the world enjoy the company of some intriguingly bizarre creatures when wintertime rolls around. From the kind and friendly to the slightly terrifying, we’re taking a look at legendary Christmas mischief-makers that make spirits bright (and a little bewildered) across the globe.

Ever notice how Santa tends to get all the glory each year, even though it’s the elves who really do all the hard work? Countries across Northern Europe do. Maybe that’s why, instead of leaving out cookies and milk for Santa Claus each year, kids in Scandinavian countries attempt to get on the good side of the local Christmas gnomes.

The Christmas gnomes, known as “nisse” in Norwegian and “tomten” in Swedish, are said to be household spirits with long beards who wear tall, Santa-esque hats. Tradition states that they live underneath the floorboards of homes, emerging when snow begins to fall so they can prepare for Christmas by cleaning and inspiring people to start baking.

When Christmas Eve rolls around, children leave out bowls of porridge for the gnomes to thank the creatures for spreading holiday joy — but they also expect gifts in return. It’s necessary to add a few pats of butter to the gruel, too. If a gnome decides the dish isn’t just right a la Goldilocks, it’ll show its mischievous side and subject a household to a series of pranks.

What better way is there to celebrate the 12 days of Christmas than by engaging in a rap battle with a dead horse? Look no further than Wales to make this dream a reality. Each year between Christmas Day and Twelfth Night, this terrifying creature, known as Mari Lwyd, is said to roam the streets of Wales looking for its next snack.

In reality, the creature is usually a puppeteer under a flowing white cloak holding what looks like a horse skull on a pole. The skeletal beast is often decorated with bells and ribbons and accompanied by a group of attendants that sometimes includes other jovial characters like jesters. Mari Lwyd’s purpose is to prowl around local villages each year knocking on doors.

When the inhabitants answer, Mari Lwyd breaks into Welsh song or more commonly initiates a ritual called pwnco. Pwnco is a back-and-forth exchange of rhymed insults that continue until either the homeowner or the horse admits defeat. If Mari Lwyd wins, the creature is allowed entry into the home for drinks and treats.

La Befana might be a witch, but don’t let that give you the wrong impression; she’s actually a welcome addition to the holiday season and has an impressively long history. La Befana has been part of Italian Christmas traditions since at least the eighth century and shows no signs of slowing down any time soon.

As legend has it, the three wisemen of nativity fame came across her on the day they were searching for baby Jesus. After she put them up for a night in her cottage, they asked if she’d like to join them on their quest. At the time, she was busy cleaning her house, so she declined the invitation. Later, however, she had second thoughts, so she packed a bag of gifts for the Christ Child and set off on her own journey.

Unfortunately, the Christmas star turned out to be a subpar GPS system — she wasn’t able to catch up with the wisemen by the time they arrived at the manger. Rather than let all the chocolate and candy she was carrying go to waste, she began traveling around the world and gifting it to kids who behaved nicely throughout the year. (Sounds a little familiar, doesn’t it?) She continues the tradition to this day on the morning of Epiphany and isn’t above treating misbehavers to a lump of coal.

While the idea of a Christmas kitty may sound cuddly and adorable, beware; Iceland’s Yule Cat, or Jólakötturinn, is neither. Yule Cat is rumored not only to be huge but also incredibly hungry — and not for a handful of Meow Mix. As the story goes, each year at Christmas, Yule Cat slinks around, making a meal out of anyone who didn’t happen to receive new clothes for Christmas.

It’s possible that the threat of Yule Cat originated from the fact that winters are no joke in Iceland. Back in the olden days when most clothes were handmade, each household relied on everyone doing their part to get enough wool ready in time for Christmas. And if the threat of frostbite wasn’t enough to keep everybody focused on gathering and preparing wool, the possibility of being turned into a giant cat treat served as more than enough motivation. Just remember the Yule Cat if you happen to unwrap a garish homemade sweater on Christmas morning this year.

If you ever find yourself in Greece during the holidays, be on the lookout for a band of small goblins known as Kallikantzaroi. According to legend, the Kallikantzaroi live in the center of the earth and, for most months of the year, occupy themselves with the difficult task of sawing down the tree that holds up the world. Fortunately, Christmas always arrives and distracts them from their task just as they’re about to succeed.

It’s then that they head up to the surface, where they spend the 12 days of Christmas wreaking havoc on unsuspecting humans. The Kallikantzaroi are said to be small, goblin-type creatures with long tails who commit most of their trickery during the nighttime. While they may be mischievous, they’re also pretty easy to fool. Due to their lack of cunning, their pranks tend to revolve around antics like stealing food or using uncovered plates as makeshift toilets. Fortunately, on January 6, they wrap things up and return to the center of the earth, only to discover that the tree has healed itself in their absence and they’ll need to start their sawing all over. 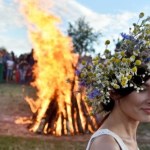 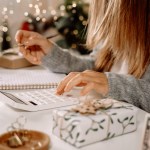 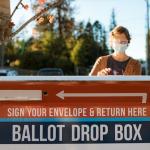 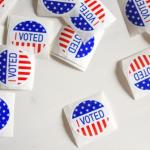 Should the U.S. Make Election Day a National Holiday?
5 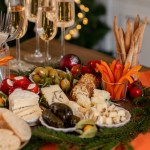