What Will It Take to Keep the World's Rarest (and Cutest) Wild Hamster from Extinction? 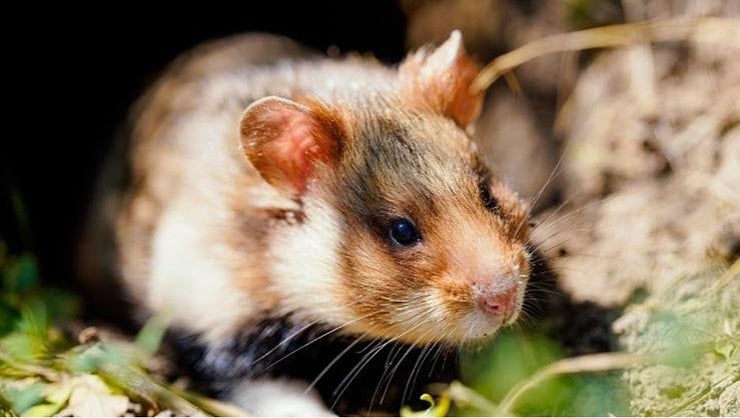 As common household pets in America, hamsters are frequent inhabitants of pet stores and private homes, which is why it’s so easy to forget they come from wild rodent populations, right along with rabbits, mice and chinchillas. One of the most popular wild hamster species, the European hamster, is now rare and endangered in the wild, thanks to pressures put on its natural habitat by humans.

Activists and conservationists are working to save the European hamster, but it’s still too early to tell if the animals’ days in the wild are truly numbered or if conservation efforts can restore hamster habitats and allow the animals to thrive once again. Let's take a look at what might be in store for one of nature's most furry (and photogenic) small mammals.

Once upon a time, European hamsters — which are more similar in size to a large guinea pig than a pet store hamster — could be found burrowing throughout Europe and Western Asia. They made their homes in grasslands and agricultural areas and were often viewed as destructive pests, thanks to their love of all those agricultural crops. They also had quite a reputation for being aggressive, sometimes leaping and biting at humans who tried to catch, hold or otherwise touch them. 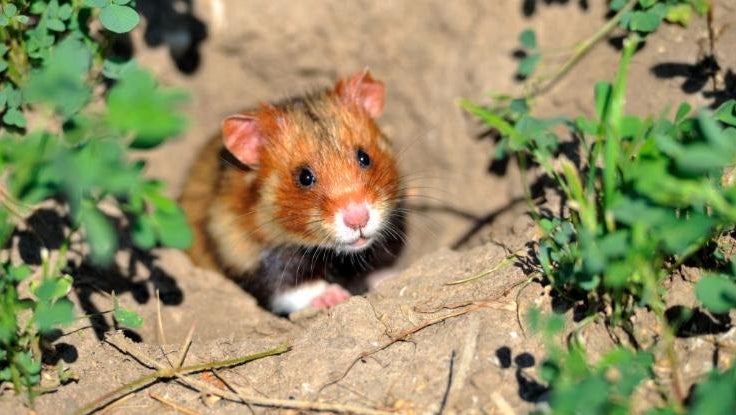 Now, thanks to pollution, farmers protecting their crops, climate change and other human interaction, the hamsters' reproduction rates in the wild have decreased, and their habitat range has grown smaller. In fact, the area the rodent calls home has declined by 75% in Eastern Europe and by 94% in France, where its only remaining zone in the wild can be found in Alsace, where the population numbered a mere few hundred animals in 2011.

The hamsters’ situation has grown even more dire since then, prompting the International Union for the Conservation of Nature (IUCN) to predict the rodent will go extinct within three decades if something doesn't change. As a result, they have given the hamster a critically endangered designation.

Time to Call Attention to the Issue

The danger to the hamsters comes on many fronts, but that doesn’t mean we can’t do anything to stop the extinction. One of the first actions to take is to get the word out about the problem. The flood of media stories that accompanied the IUCN's latest publication of its "Red List of Threatened Species" helped draw attention to the hamsters’ plight. A recent BBC article also focused on hamsters that were forced to live in graveyards, thanks to habitat shrinkage. 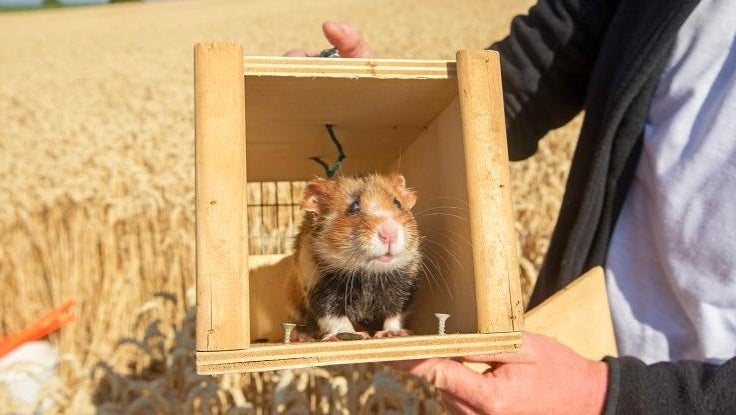 Of course, not everyone is worried about the fate of a large rodent — no matter how cute it is — so it’s also important to help people understand how the loss of the rodents will impact the overall environment. For one thing, the hamsters’ natural predators, mainly larger mammals and birds of prey, could be forced to leave their own environments because of the reduction in their own food source. The loss of the hamsters — and other animals that could follow — could have a negative impact on the natural management of grassland ecosystems.

As more residents become aware of the situation and its potential repercussions, they may be motivated to act on it. While scientists and wildlife biologists work to learn more about how to restore the hamsters’ habitat and boost reproduction, citizen-led initiatives could advocate for the funding and legislation to help make the necessary changes a reality.

Smaller, more geographically focused efforts provide some clues about the types of actions that could turn things around for the European hamster. Fines don’t stir up a lot of goodwill, but they are one tactic that does have an impact. In Alsace, the European Court of Justice threatened the region with fines as high as 24.6 million euros if they didn't take action to protect the endangered hamster. 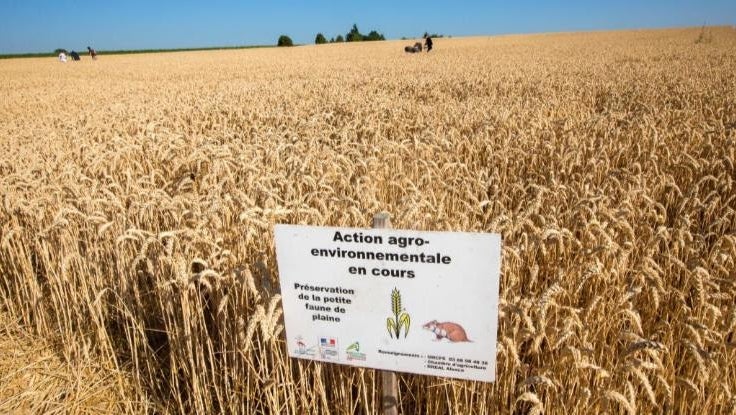 In response, Alsace agreed to spend $3 million on conservation efforts. In addition to making it illegal to kill the animals, officials also recommended that farmers plant the animals’ favorite food, alfalfa — once a crop staple in Europe — instead of only corn or other crops. Reintroduction of the crop is taking place in some areas to hopefully help the animals thrive.

What do conservationists hope to achieve with these actions? Ultimately, experts would like to increase the hamster population to 1,500 animals. Although that's not really a large number for an animal population, it would be a dramatic improvement that would increase the population to about five times its recent numbers.

Experts Weigh in on Larger Efforts to Conserve Hamsters

On a broader scale, scientists and other experts have weighed in on what it will take to restore the European hamster population to a sustainable level. One area of focus is how the hamster fits into the broader biological scope of life in the area. This goes beyond simply planting crops the animals will eat. It also looks at the impact those crops will have on both the soil and insect populations as well as on the predator populations that are higher up on the food chain. 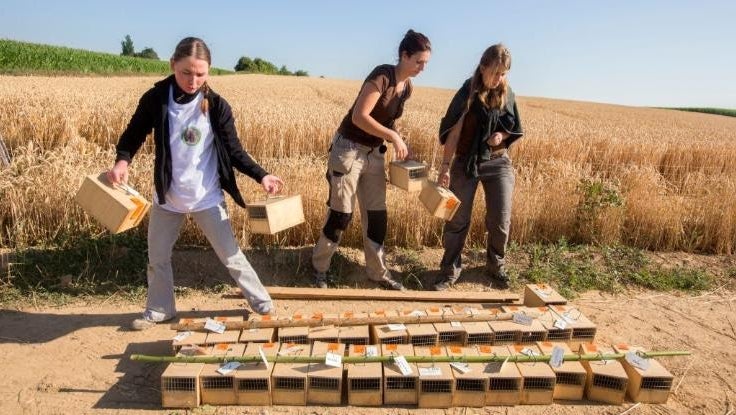 Experts also believe that this kind of consideration will work better if it extends beyond the immediate region of Alsace and spreads across broader areas that formerly comprised the European hamsters’ habitat. This type of initiative would require like-minded environmental organizations to work together and strategically partner with local, regional, national and international government and scientific entities.

Scientists also believe that any effort to help the hamster must be undertaken for the long term. Many of the recommended actions require some ongoing behavior changes and cooperation from both farmers and residents. It goes without saying that such behavior changes are never easy to achieve.

Although experts have a solid understanding of the measures that are necessary to reverse the declining hamster population, the ultimate success of these efforts is far from a sure thing. Dr. Mikhail Rusin, one of the authors of the Red List assessment, said, "While conservation measures, including hamster-friendly field management and reintroductions, have slowed down the population decline in some areas, they have failed to reverse the trend. In addition to these measures, more research into the various possible drivers of the European hamsters’ disappearance is urgently needed to save it from extinction." 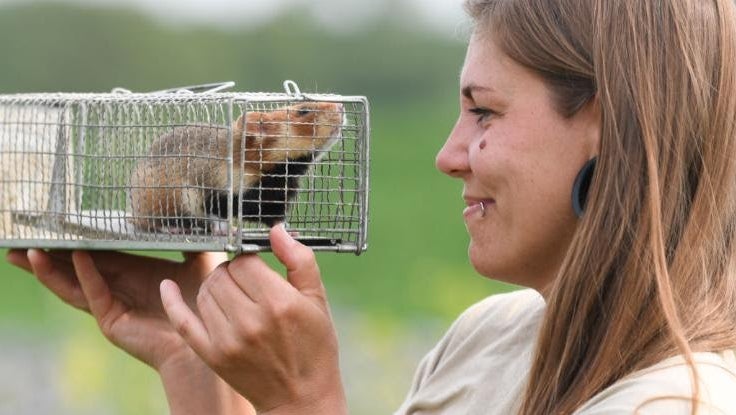 With added attention given to the hamsters’ plight, increased implementation of the existing plans may take place and help. In addition, it could lead to more research into other new ways to help the species. Together, the efforts will hopefully be enough to make a difference.