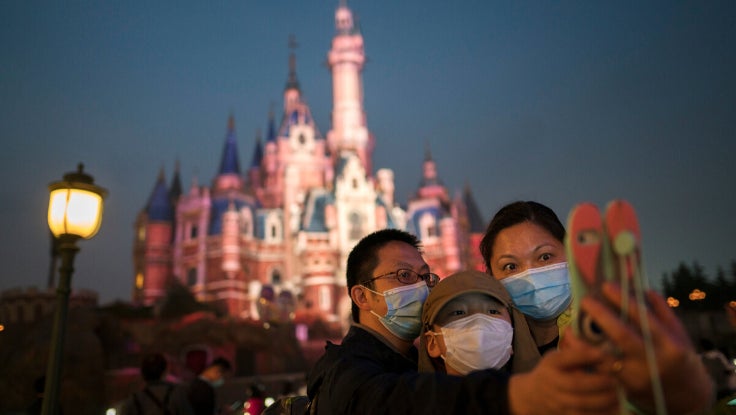 Many countries have begun reopening in the midst of the COVID-19 outbreak. Several have successfully managed to control the spread of the virus using similar methods as each other. However, their stories for returning to normal are different and show how hard it is to bounce back. Everyone must take cautious steps to prevent their progress from going down the drain.

The world is watching countries like South Korea and Germany and rethinking their processes to reopen. Countries that may seem to have COVID-19 under control reveal that life will never be the same. What are the valuable lessons from their experiences? Let’s take a look at what we can learn from the countries as they've opened up during the COVID-19 outbreak.

China has taken brutal yet necessary actions to contain the virus. As cases initially started dropping, the country lifted the lockdown in major cities, including the epicenter of the COVID-19 outbreak, Wuhan. Some of the country’s effective protocols are still used after lockdown, such as free and accessible testing, contact tracing, regular cleaning and communicating the seriousness of the virus to the public. 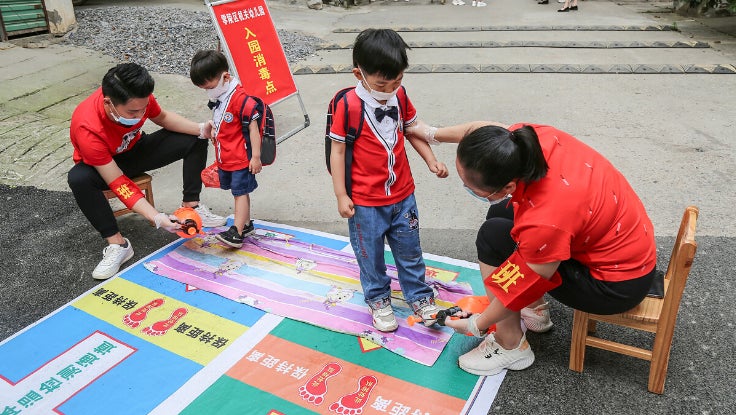 For instance, schools in Yongzhou began disinfecting children’s shoes before they entered the buildings. In Shanghai, some restaurants installed machines that spray incoming patrons with disinfectants. Shanghai even reopened the happiest place on Earth, Disneyland. The theme park has a capacity of 80,000 people, but the reopening only allowed the park to be 30% filled. Initially, guests were required to purchase timed entry tickets, practice social distancing, wear masks and show their QR health codes (a personal code for contact tracing).

The results looked promising in China, but clusters of COVID-19 cases have continued to pop up around the country. As patients enter isolation and receive care in hospitals, the government has begun refining its contact-tracing processes. Scientists are also performing genetic testing on patient samples in an effort to better track how the virus may be changing from cluster to cluster.

China’s story shows the benefits of clear communication and widespread testing. Although new infections are still occurring, the country effectively shares information and offers rapid testing to save lives.

Germany: Get Creative While Social Distancing

Germany’s rapid response to the pandemic has been a teachable moment for the world. However, the country has also inspired us to be creative while showing us we can have fun and be safe at the same time. One of its viral examples happened when the country threw a massive drive-in rave. 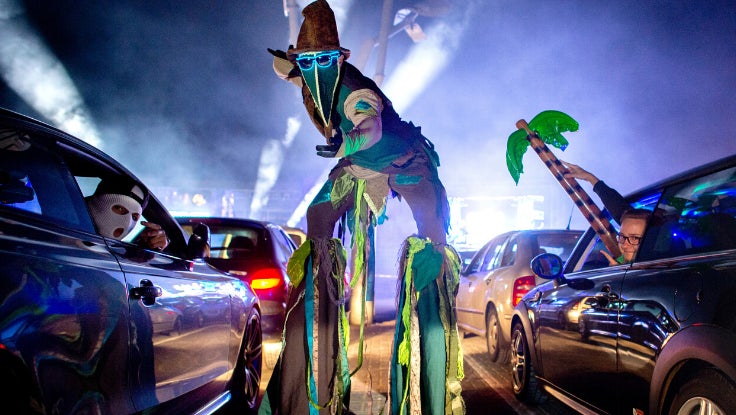 Believe it or not, almost 250 cars filled a parking lot to watch performances by DJ Le Shuuk and Tiefblau. After the World Club Dome festival was postponed, the promoters gave guests a new festival experience where they could party safely in their vehicles. There were lasers, smoke, special effects and cars honking to the beat.

Beyond unique rave experiences, businesses also took steps to protect themselves and customers as Germany began its process of reopening. For instance, some bar owners installed sneeze guards between customers and workers. One café owner literally used her noodle to remind diners to keep their distance from each other: She gave her customers hats covered in pool noodles that stuck straight out and reminded customers they were getting too close to others if the pool noodles bumped into people.

After weeks of enforcing strict lockdowns, widespread testing and rigorous contact tracing, South Korea reached the point where it had recorded only a few new COVID-19 cases. That number went down to zero on April 30. The victory led to relaxed social distancing, businesses reopening and even sports returning. South Korea successfully contained the outbreak, but the moment didn’t last long. 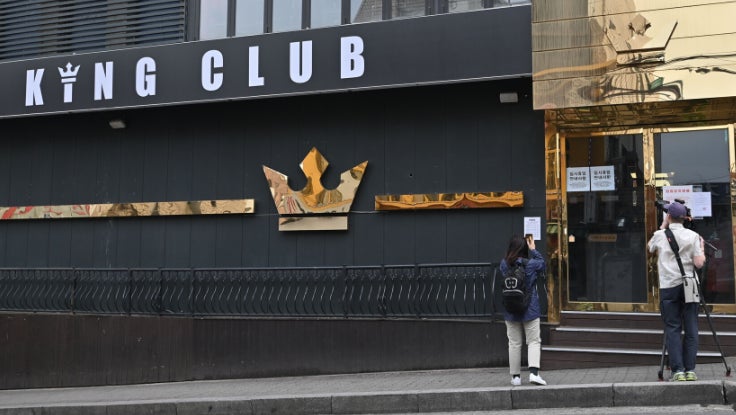 Four days later, a new cluster of COVID-19 infections forced officials to shut down Seoul’s popular Itaewon nightlife district. Authorities sprung into action after learning a 29-year-old man who visited several packed nightclubs tested positive. He showed no symptoms when he went out. Many bars also took temperatures of their patrons before they entered.

Since then, officials scrambled to trace people who visited the Itaewon district. So far, more than 100 people have tested positive, with almost all of them linked to the incident. Using data from mobile phones and credit card transactions, officials looked for other visitors to test. Although the bars required patrons to provide their information at the door, many people left fake names, making the tracing process more difficult.

Despite having a new outbreak, the country was confident about managing the situation due to its effective system. But country's government has also forged some new roads for the economy after seeing how the virus wasn't exactly disappearing. South Korea's president recently announced a new economic plan that pledges to promote untact industries — a.k.a. businesses that operate without requiring any contact between people.

South Korea’s reopening is a critical lesson for other countries. As restrictions become more relaxed, everyone must remain vigilant and plan for resurgences. This incident also demonstrates the importance of tracing and of formulating economic plans that address the shift in how we're having to live during the age of the coronavirus.

To keep gym-goers safe, Pure Fitness in Hong Kong’s Quarry Bay put up clear dividers to separate workout equipment, which is something we've seen taking place in the U.S. as states began lifting shelter-in-place orders and reopening businesses. But that’s not the only safety measure the facility took. Hong Kong gyms also installed different sanitizing machines and even tools that clean cell phones using UV light. Cleaning crews were also hired to wipe down the equipment more often. The rest of the world should adopt similar practices at gyms. 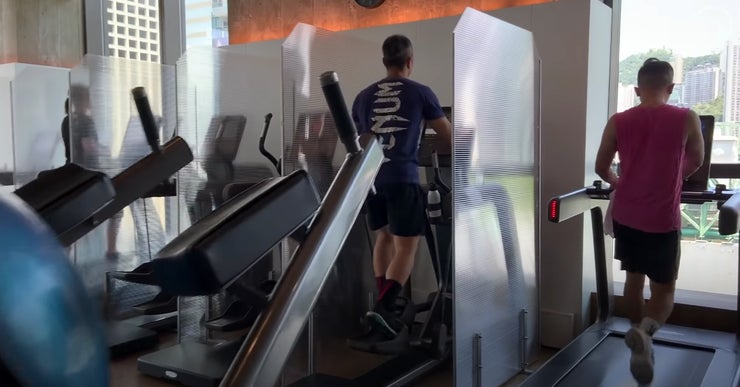 Members also began doing their part to prevent the spread of the virus by having temperature checks and answering questions on their travel history and the possibility of exposure. Cleaning the machines after use is another mandatory rule.

Restaurants, bars, shops and theaters implemented their own control measures too. For instance, theaters started filling below capacity and arranged seating plans in the shape of a diamond to promote social distancing. Some small restaurants remain closed due to a lack of space in which to follow proper distancing orders, and it’s easy to see why. The Chinese territory is extremely congested, but it has appeared to manage the outbreak effectively.

These and other factors contributed to Hong Kong's status as the "poster child" of handling the pandemic and implementing safe reopening practices, but in late July the region began experiencing its third wave of infections. Despite strict border controls, widespread testing and bracelets that tracked people to make sure they were quarantining at home, the third wave exposed flaws in Hong Kong's system, particularly the too-soon and far-reaching rollback of social distancing measures in early July.

The world has watched as Hong Kong’s cases declined and resurged multiple times after reopening, learning that there will always be risks after easing restrictions. However, a series of public-awareness and strong control measures can dramatically lessen transmission — especially if they're maintained properly and for the right length of time.