Life After COVID-19: How Has Public Transit Changed as a Result of the Pandemic? 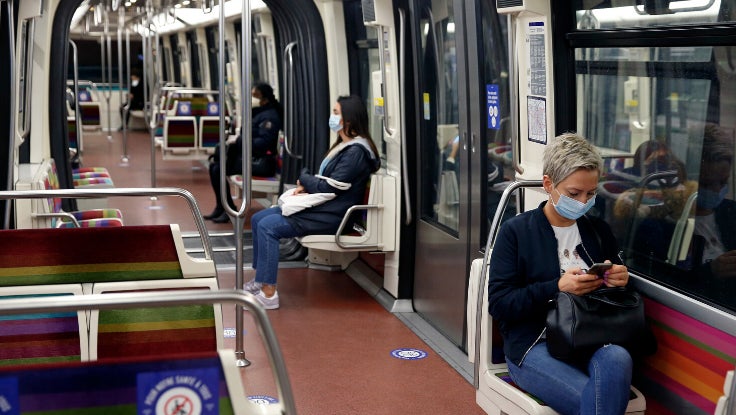 Since March, many Americans who live and work in cities were mandated to shelter in place, practicing social distancing by staying indoors and heading into public only for the necessities — groceries, medical appointments, a short walk and so on. We’ve all seen the jokes on social media: Los Angeles’ traffic congestion became nonexistent, and the air felt cleaner with fewer cars and buses clogging streets. But now most places around the country have returned to their pre-lockdown ways of life with a few modifications in place, and more than just those deemed essential workers have been commuting again.

Using public transportation is kind of an unnerving thought, particularly as cases have begun spiking again, with the country seeing record-breaking infection rates and COVID-19 hospitalizations jumping to springtime-peak levels. Packed subway trains and buses don’t seem all too enticing right now, even if they once did when case counts seemed to be slowing. As large cities like New York, San Francisco and Los Angeles see increases in case counts — and as they begin tightening restrictions once again to stem the tide of new infection waves — do you really want to step onto a crowded train platform or be stuck in a metal tube for 45 minutes with folks who may or may not be wearing face coverings?

Our guess is that that doesn’t sound too appealing for most people and, for those with the privilege and means, it’s likely what’s responsible for traffic returning to pre-pandemic levels. After all, the physical distance a personal vehicle provides from fellow commuters sounds like the safer bet. But it’s also this line of thinking that will usher in a whole host of problems: gridlocked highways and freeways and more emissions. Not to mention, already struggling and under-funded public transportation agencies are sure to take a hit.

As Cities Reopen, Commuters Return to the Streets

Confined space, close proximity to others, and seats, bars and buttons that you and thousands of other commuters touch daily. Those are the symbols of public transportation — and some of its hazards. None of them felt particularly safe when the pandemic began, and they still don’t as COVID-19 has lingered longer than many of us may have anticipated. Of course, some riders who can’t afford cars, who don’t have access to vehicles or who work in areas where driving is impractical have no choice but to rely on public transit. Even now — and throughout the pandemic — essential workers have taken buses and trains daily. 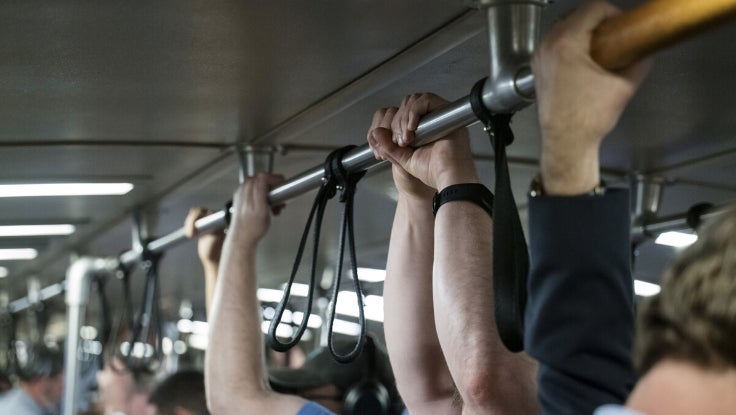 Right now, though, it’s difficult to determine whether or not how many of those commuters with a choice will opt for personal cars over trains. In the San Francisco Bay Area, where revised orders have allowed many businesses to reopen, more and more folks have begun commuting and crossing the state-owned bridges. In late October, Bay Area Rapid Transit — or BART, which operates commuter trains around San Francisco, Oakland and other nearby areas — reported its highest ridership numbers since the pandemic began in March. But compared to typical Octobers when Bart usually sees around 425,000 riders, October 2020’s record sat at a little over 55,000.

However, in the Bay Area, just 20% of commuters take public transit or carpool, so maybe San Francisco isn’t the best city by which to measure how bad the traffic will get. For that matter, neither is L.A. — though it’s not a stretch to see why both California cities are turning into even messier gridlocks than usual following the easing of restrictions and shelter-in-place orders. Like other public services and spaces, the San Francisco Municipal Transportation Agency (SFMTA) has been requiring passengers to wear face coverings while on trains and buses and asking folks to practice social distancing when it comes to selecting a seat or place to stand. In fact, the SFMTA website is even encouraging San Franciscans to try out modes of rentable transit JUMP Bikes or Lime scooters, which allow for personal space.

The End of Public Transportation (As We Knew It)

In pre-pandemic New York City, over 8,000 subway train trips occurred daily, carting nearly 6 million New Yorkers from home to work and back again. According to the New York Daily News, subway ridership fell by a whopping 93% in April, and The New York Times reports that, as of early October, ridership still sits at around 30% of pre-pandemic levels — still a significant drop, but, on the other hand, that’s a lot of commuters sharing a tight space. 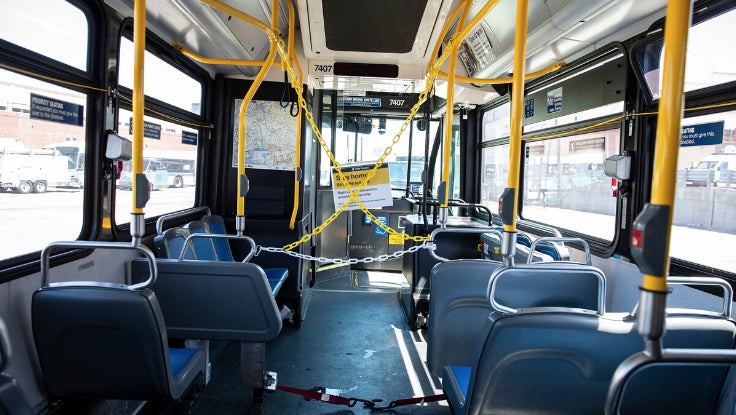 "Customers’ awareness of and engagement with their own safety will be key [to reopening]," said interim NYC Transit President Sarah Feinberg. "Everyone in the system will have a role to play in keeping our city healthy." While being aware and mindful of one’s own health and limitations is important, that statement doesn’t really put one’s mind at ease. Many New Yorkers rely on the subway and bus systems to reach jobs that are many neighborhoods — and sometimes rivers or boroughs — away from their homes. Compounding pandemic-related fears is the fact that, despite the absence of riders, episodes of violent crime and vandalism appear to be on the rise, adding another layer of fear in a situation already fraught with safety concerns.

Moreover, because subway trains became relatively empty, New Yorkers who are experiencing homelessness have used subway cars as places of refuge, especially as social distancing became near-impossible to maintain in shelters. "They should be offering anybody on the street access to a hotel room. They aren’t doing that. That’s the main problem," Giselle Routhier, policy director for the Coalition for the Homeless, told the NY Daily News. "People don’t feel safe [in shelters]."

For now, the MTA has continued its efforts of hiring private contractors to boost subway and bus cleanliness. According to the agency, those contractors work to disinfect frequent touchpoints on subway cars, Access-A-Ride vehicles and buses every 24 hours, while workers aim to clean station surfaces several times throughout the day. Trains and buses are also undergoing comprehensive end-of-day cleanings while parked at terminal stations and depots. As is the case in other major cities, passengers must wear face coverings on public transit. And while the city’s reopening and lockdown policies continue to shift, many New Yorkers remain hard-pressed to find alternatives.

While the city’s infamous yellow cabs have protective barriers between passengers and drivers, the cars can’t be cleaned thoroughly between each ride. Lyft and Uber, meanwhile, have mandated that all passengers wear face coverings, sit in the back seats of the cars and, when possible, roll down windows to increase air flow. Needless to say, even rideshares — the apparent future of transit — aren’t adequately prepared to address the health concerns of a post-COVID-19 world. All of this is to say that the future of public transit is bound to change drastically, but we’ll have to wait and see just how transportation agencies plan to accomplish this — particularly as the world- and country-wide impacts of the virus appear to continue shifting drastically themselves.