These Public Figures Have Been Diagnosed with COVID-19 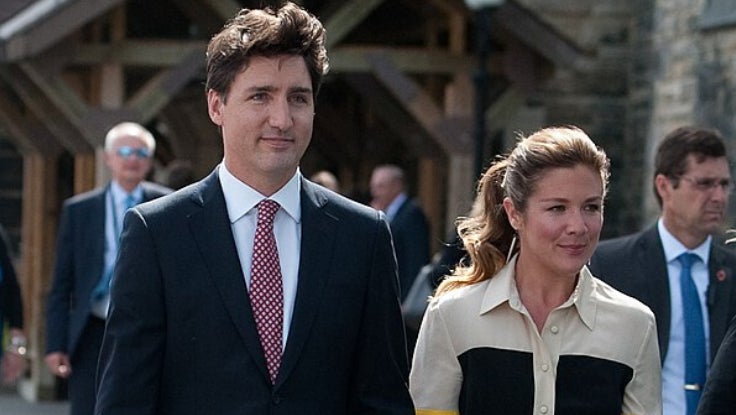 COVID-19 has spread to at least 140 countries and infected more than 170,000 people worldwide. To control the spread of COVID-19 cases, governments and health experts urge the public to practice good hygiene, wash their hands and get tested. As more diagnoses come in, some Hollywood stars, athletes and politicians are testing positive, including actor Tom Hanks and his wife, Rita Wilson.

While COVID-19 continues to affect the entire world, here are some public figures who have been diagnosed with the new coronavirus and their personal stories on staying safe.

NBA player Rudy Gobert received a lot of heat before and after he announced his positive test results on March 12. Before his diagnosis, health experts and fans heavily criticized the Utah Jazz star for putting his hands all over the microphones at a press conference and mocking the seriousness of the virus. 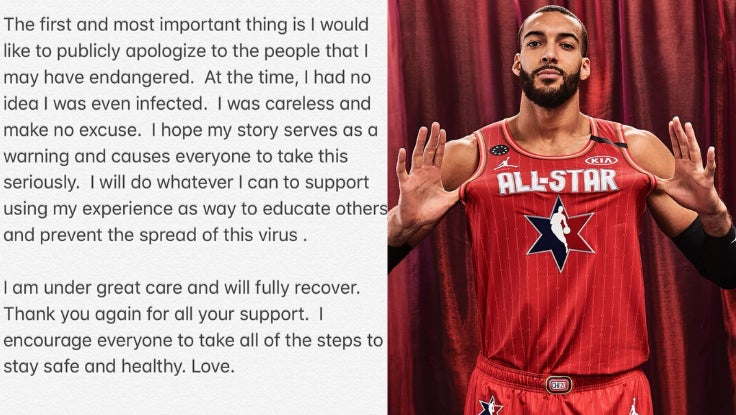 Gobert was the first NBA player to get a positive diagnosis. As soon as he learned about the results, he turned to Twitter to apologize for his careless actions. The NBA suspended the season until further notice following Gobert's test results.

The NBA player expects to make a full recovery from the virus. Currently, he's educating the public on how to prevent the spread of COVID-19. Gobert is also donating $500,000 to part-time arena employees and COVID-19 relief services.

Sophie Grégoire Trudeau, Spouse of the Prime Minister of Canada

According to the Canadian Prime Minister's office, Justin Trudeau’s wife, Sophie, was diagnosed with COVID-19. After returning to Canada from an event in London, Sophie began feeling sick on March 11. Her symptoms included a low fever. The next day, she received a positive diagnosis. 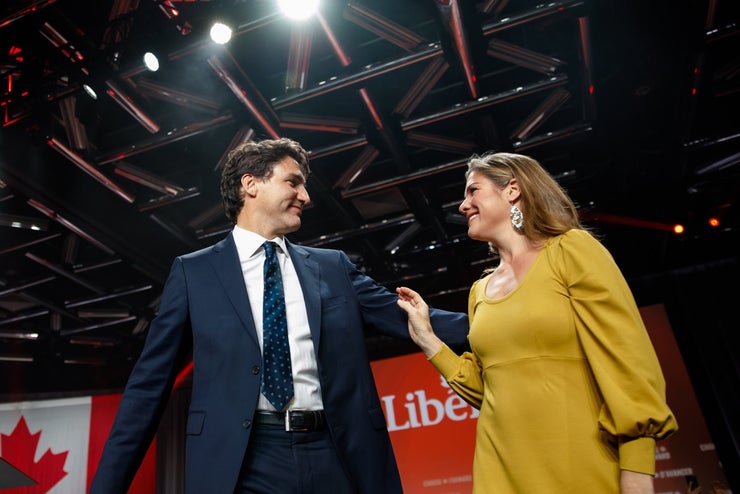 Doctors have advised her to remain in isolation. Following the isolation orders, the First Lady of Canada publicly stated that she's thankful for everyone who is concerned about her health. Unfortunately, the virus is causing painful symptoms, but she plans to be back on her feet soon.

"Being at quarantine at home is nothing compared to other Canadian families who might be going through this and for those facing more serious health concerns," said Sophie Trudeau.

She's not the only one in isolation; The Canadian prime minister is also undergoing home quarantine for 14 days. Justin Trudeau hasn't shown any symptoms, but he continues to self-monitor his condition.

In Canada, organizers are urged to cancel large events or gatherings with more than 250 people. The country currently has more than 300 confirmed cases. 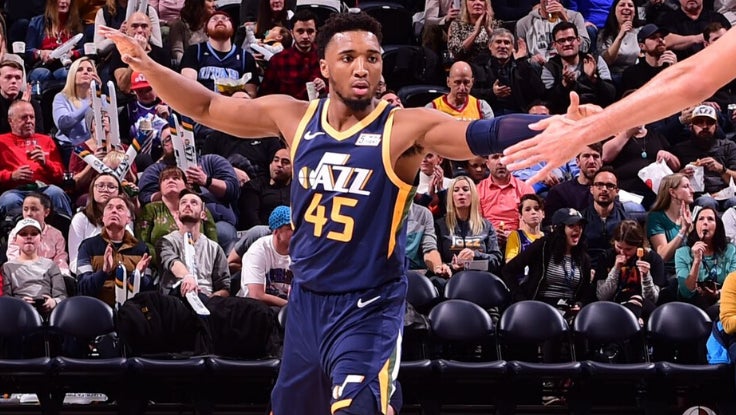 The 23-year-old NBA star told Good Morning America that he's asymptomatic, which means he's not showing any symptoms. "I could walk down the street if it wasn't public knowledge that I was sick. You wouldn't know it. I think that's the scariest part about this virus, is that you may seem fine, be fine and you never know who you may be talking to, who they're going home to," said Mitchell.

Even though Mitchell has no symptoms, he is keeping himself isolated to prevent others from catching the virus. However, the experience hasn't stopped him from finding a way to help the community. He has teamed up with the Salt Lake Granite School District to provide 66,000 kids with meals during the school closures.

On March 11, Tom Hanks and his wife Rita Wilson announced they had tested positive for COVID-19. On Instagram, Hanks said, "We felt a bit tired, like we had colds and some body aches. Rita had some chills that came and went, slight fevers too. To play things right, as is needed in the world right now, we were tested for the Coronavirus and were found to be positive." The two were in Australia, where Hanks was working on a new Elvis Presley biopic. 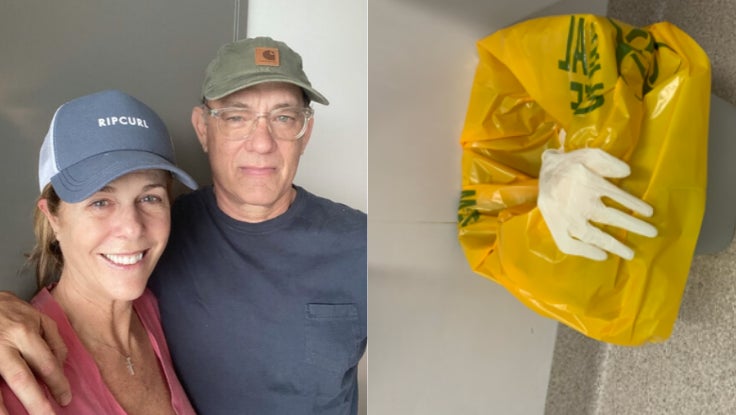 Hanks and Wilson are currently in isolation, but they often provide updates for their loved ones and fans on social media. The Queensland hospital staff are giving them the best care. The couple is also resting in isolation, emphasizing that it's the necessary measure to not spread the virus.

Looking on the bright side, Hanks quoted his classic line from A League of Their Own. "Remember, despite all the current events, there is no crying in baseball," signed Hanks. He also offered some food for thought from Mr. Rogers. In one post, he quoted everyone's favorite neighbor, saying, "Thanks to the Helpers. Let’s take care of ourselves and each other."

After attending a local event with a Brazilian government official, Miami Mayor Francis Suarez received a positive diagnosis of the virus on March 12. The Brazilian official also tested positive. Shortly afterward, the mayor made a statement about his decision to undergo self-isolation. Miami government employees and Suarez's family have not been infected. 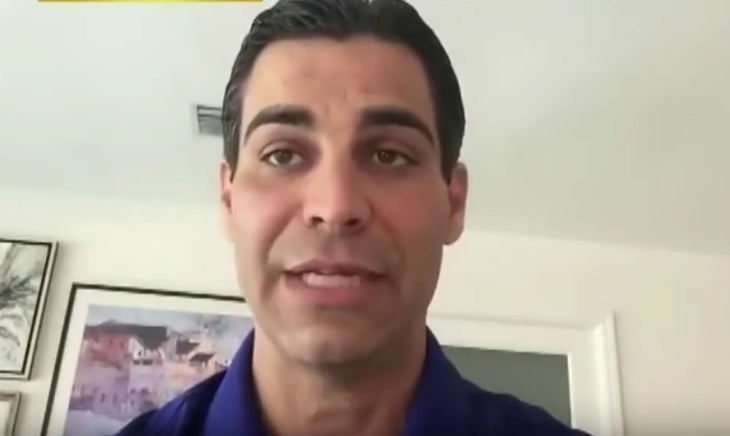 During Suarez's self-isolation, he has been posting video updates on Twitter. The mayor noted that he "feels goods," and his symptoms are mild. For instance, he constantly checks his temperature, which remains at 98 degrees. "I feel a slight congestion. No fever, no coughing, no body aches, so I’m very pleased with how I feel, very happy," Suarez stated.

The mayor wanted to help relieve panic and anxiety using his social media platform. Currently, his followers are finding comfort in his posts and hoping that he gets well soon. Suarez plans to vlog more information on testing locations and city measurements to protect residents.

On March 17, four Brooklyn Nets players tested positive for the virus, including Kevin Durant. The identity of the other players remain unknown. The team's physicians are taking care of the athletes while they're in isolation. 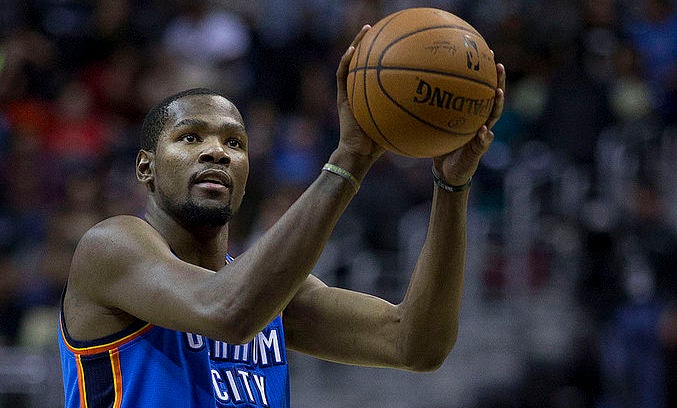 The Nets announced one player is showing symptoms while three players are asymptomatic. The organization is also reaching out to anyone who has been in contact with the infected players.

Durant told reporters that he feels "fine." However, he will continue to watch his health and give updates to the medical staff. His message to the public is important: "Everyone be careful, take care of yourself and quarantine. We're going to get through this."

Actor Idris Elba has also been tested for the COVID-19 virus. On March 16, the results came back positive. Elba addressed his results and experience on Twitter. So far, the actor has not displayed any symptoms.

However, to keep his loved ones and the public safe, he has been in self-isolation after learning that he came into contact with someone who contracted the virus. His wife, Sabrina Dhowre, hasn’t been tested but is doing "okay." The actor reminds his fans and the public to stay home, remain calm and wash your hands. "I will keep you updated on how I’m doing. No panic," wrote Elba. He also encourages everyone to practice social distancing and to look after one another.

Olga Kurylenko, the former James Bond actor, revealed her test came back positive on the evening of March 15. The Ukrainian star and model has appeared in TV shows and movies, such as Magic City and The Man Who Killed Don Quixote. 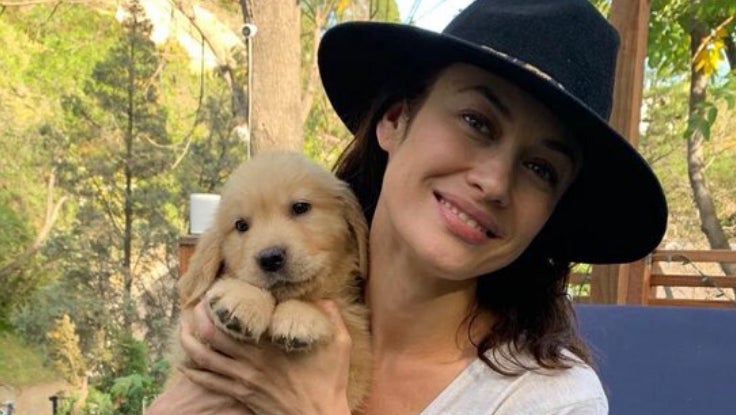 On her official Instagram page, the actor wrote that she's locking herself up at home. When Kurylenko received her results, she was already sick for one week with fatigue and a fever. She also included a photo of a window with her statement. As a word of caution, Kurylenko encourages the public to take care of themselves and to take the pandemic seriously.

On March 22, Rand Paul became the first senator to test positive for COVID-19. After taking the virus test, the U.S. Senator for Kentucky went to the gym and worked for six days, worrying his fellow associates. Paul is currently in quarantine, noting that he has no symptoms. 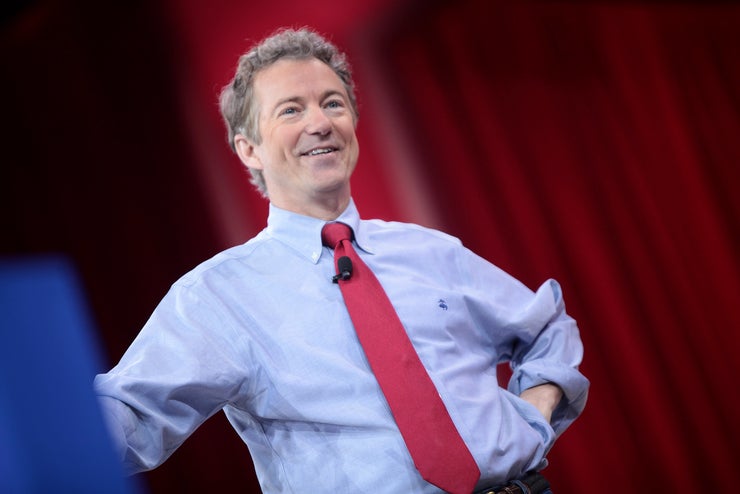 The senator mentioned that he didn't interact with anyone who tested positive for the virus, but he was tested due to concerns over his damaged lung. His actions before going into isolation were heavily criticized. He responded, saying, "Perhaps it is too much to ask that we simply have compassion for our fellow Americans who are sick or fearful of becoming so. The broader the testing and the less finger-pointing we have, the better."

More public figures who have been diagnosed with the virus: