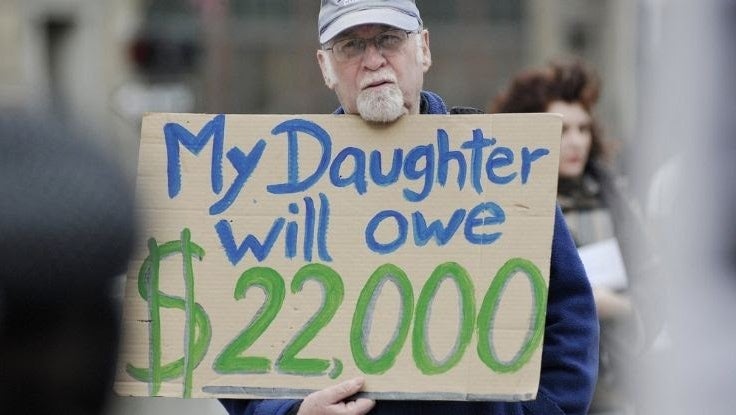 For the majority of Americans who attend college, student loan debt is an inevitable reality. According to Education Data, student debt in the United States grows at a rate that’s six times faster than that of the country’s economy. As of 2020, students have borrowed a staggering $1.68 trillion, with the average student owing roughly $36,520 in student loan debt — if not more.

In fact, attaining a bachelor’s degree leaves most students with an average of $30,030 worth of crushing debt. And while former students and other activists have rallied around cancelling student loan debt for years, 2020 brought important discussions surrounding debt forgiveness to the forefront. With this in mind, we’re exploring just how relieving former students of loan debt would change their lives — and help reshape the country’s financial landscape, too.

In 2003, American students borrowed a total of $0.24 trillion from the government, and, since that time, the amount has risen meteorically, growing to a whopping $1.68 trillion by 2020. That's a 23.6% growth rate — which is shocking, to say the least. Over the past 50 years, wages have increased by 67%, but college tuition fees have increased at much higher rates. For example, since the 1980s, students’ tuition fees for undergraduate degrees from public institutions grew by a staggering 213%. 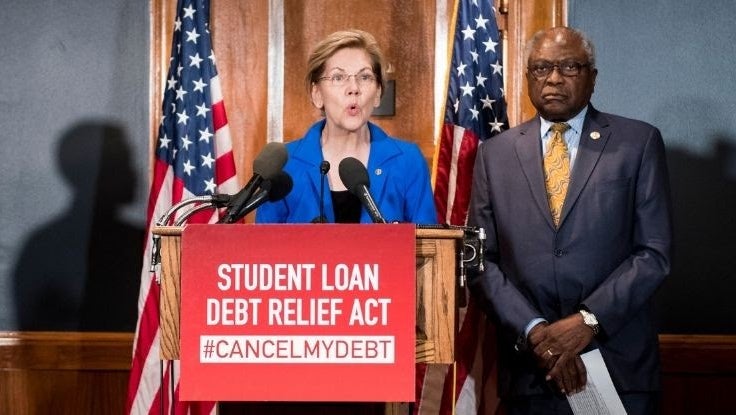 "Student loan debt is holding back a whole generation from buying homes, starting small businesses, and saving for retirement — all things we rely on to grow our economy," Senator Elizabeth Warren (D-Mass.) tweeted in November 2020. "Executive action to #CancelStudentDebt would be a huge economic stimulus during and after this [COVID-19 health] crisis." Warren has been a longtime supporter of cancelling student loan debt and her plan to do so was a cornerstone of her bid for the Democratic presidential nomination. And Senator Warren is right: Folks who are drowning in debt aren’t spending money, starting families or investing in their futures.

A huge contributing factor? Students loans are amortized, which means, for most folks, all those monthly payments are whittling away at the interest while the "underlying loan continues to rack up new interest charges every day" (via SoFi Learn). For many, this creates a feeling of helplessness: Money is stretched thin to cover these monthly payments, but the balance due continues to climb higher. Needless to say, most grads simply aren’t making enough to cover their monthly student loan payments. In fact, almost 50% of millennials believe that their college experience wasn’t helpful enough in advancing their careers to a point where paying off that accrued debt is possible. To make matters worse, over 3 million folks over the age of 65 are still paying off debt from their college days, meaning many Americans are literally saddled with a lifetime of debt. So, where do we go from here?

How Would Forgiving Student Loan Debt Help the Economy?

In a recent Business Insider article, six experts and economists spoke on the benefits of student loan debt forgiveness and broke down the opportunities such a policy could create. As of 2020, more than 10.7 million Americans faced unemployment, all while contending with their student loan debt. The largest number of borrowers owe between $20,000 and $40,000, and experts believe that erasing even $10,000 of debt per person would make it easier for folks to repay the rest of their debt. 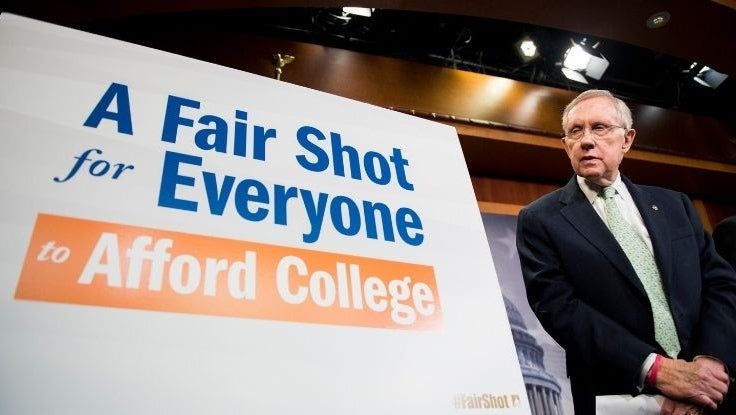 This subject was also debated on Twitter by Bharat Ramamurti, the incoming deputy director appointee to the National Economic Council (NEC) for President Biden, who compiled a lot of insight into why forgiving student loans in totality would be extremely beneficial for the American economic crisis. Ramamurti concluded that it could have a stimulating effect on the economy and create job growth. The Levy Economic Institute of Bard College supports these viewpoints, finding that canceling student debt — all of it — would bring anywhere from $86 to $108 billion of gross domestic product (GDP) annually.

On average, recent grads put about $393 per month toward paying down their debt — though this could vary depending upon the borrower’s degree. If borrowers had this money to spend instead, it could further bolster the American economy. Not to mention, debt cancellation could also give the housing market a boost; currently, 61% of millennials surveyed said they put off buying a house due to student loan debt.

Student loan debt also disproportionately impacts Black students. According to a 2018 study, Black students held as much as 85.8% more debt than white students. Additionally, a high-profile study from the Brookings Institute in 2016 found that "on average, Black students owed $7,400 more than white, Asian and Latinx students upon graduation" (via Saving for College). In addition to borrowing more than their white peers, Black students also tend to face much higher default rates — and about a third of borrowers enter repayment default within just six years of their freshman year of college. 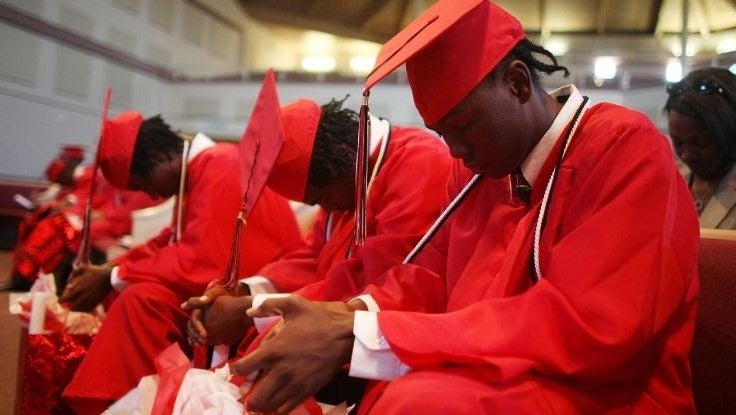 Furthermore, racial inequalities follow Black students long after they have graduated: Black Americans face systemic barriers that keep them from attaining high-paying jobs — jobs that would actually help them make headway on paying down student loan debt. The Center for American Progress also notes that, due to the ever-widening racial wealth gap, Black Americans are at a disadvantage compared to white Americans when it comes to saving for college; this inequality not only impacts Black families, but goes on to impact Black students and, in the end, saddle them with even more student loan debt. Needless to say, forgiving student loan debt might be just one step in erasing the systemic barriers Black folks face in America, but it’s certainly an integral one.

How Does Student Loan Debt Impact a Borrower’s Mental Health?

If these truths weren’t enough to shoulder, student loan debt is also much more than just the root of financial strain. A recent study conducted by Student Loan Planner unearthed some distressing truths when it comes to the link between student loan debt and borrowers’ mental health. For one, 53% of high-debt borrowers have experienced depression as a direct result of that debt, while 9 in 10 borrowers experience loan-related anxiety. Additionally, the survey data "suggested that 1 in 11 deaths by suicide among young professionals were partly due to student loans." 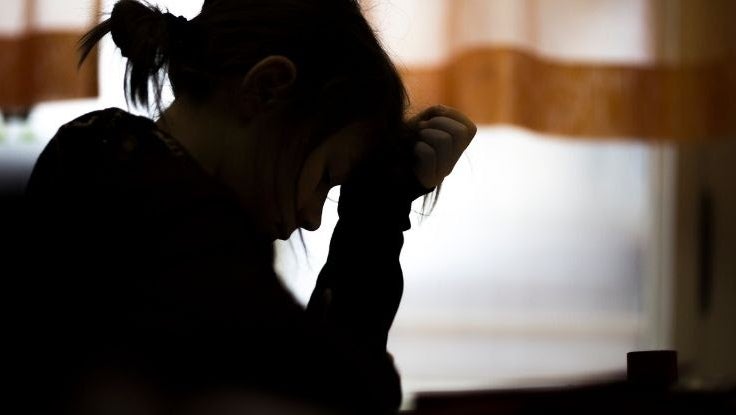 Melanie Lockert, who attended California State University, Long Beach as an undergraduate and got her master’s degree from New York University, found herself saddled with $81,000 of student loan debt. In an interview with CNBC Select, Lockert said, "I had this whole trajectory. I got into my dream school, NYU, then to be making $10-12 an hour and not working in your field, it felt so depressing and I felt so much shame for going to a fancy private school. ...I was severely depressed and anxious."

Of course, the experiences of anxiety and depression are never cordoned off — instead, these experiences snowball and seep into other areas of one’s life. That is, not having the ability to pay back loans means borrowers are putting off traditional life milestones — expenses like buying a house or starting a family — and, in turn, leaving these ambitions unfulfilled can further impact one’s mental health. With the costs of mental healthcare and support on the rise — and with financial strain being the root of many of these experiences of anxiety and depression — how are borrowers expected to find treatment and support? It’s clear that relieving the burden of student loan debt wouldn’t just help folks’ wallets, it would also have a clear impact on borrowers’ well-being.

What Is President Biden’s Plan for Tackling Student Loan Debt?

Due to the ongoing COVID-19 pandemic, borrowers found some relief from student loan repayment for the bulk of 2020 and January 2021. Since March 20, 2020, the office of Federal Student Aid suspended loan payments, stopped collecting on defaulted loans and adjusted interest rates. With President Joe Biden’s inauguration on the horizon, many are wondering how he will tackle the student loan crisis. 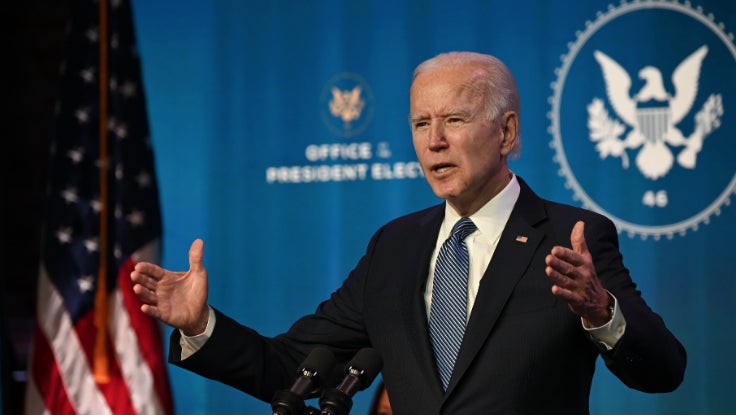 In March, in response to government-proposed COVID-19 relief plans, Biden tweeted, "[...] We should forgive a minimum of $10,000 [per] person of federal student loans, as proposed by Senator Warren and colleagues. Young people and other student debt holders bore the brunt of the last crisis. It shouldn't happen again." While some lawmakers, like Senator Warren and Senator Chuck Schumer (Dem-NY), have pressured the president to forgive up to $50,000 in federal loans by executive order, Biden has made it clear that he finds such a steep cancellation to be a potential abuse of his executive powers. Instead, it seems he’ll take a slightly more conservative approach — at least at first — even though "56% of [Americans surveyed] said they support federal student loan forgiveness by executive order" (via Forbes).

Although it may not be the news many Americans were hoping to hear, it’s clear that President Biden wants to ensure a better financial future for Americans who choose to pursue college and higher education. He’s outlined plans to ensure free tuition for public colleges and universities if a student’s family’s income falls below $125,000 annually — and the median annual household income in America is $68, 703, so this measure would help millions of students. Additionally, the president aims to revise repayment plans for federal loans and institute a policy that would cancel debt after 20 years, among other relief efforts. With promising plans on the horizon, and an ever-growing number of lawmakers and Americans pushing President Biden to do more, student loan debt forgiveness — and all of its myriad benefits — may one day become a reality. 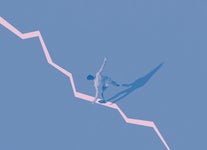