Back in 2008, then-18-year-old Taylor Swift released Fearless, her history-making and Grammy-winning sophomore album. Thanks to the album’s country-pop hits, like “Love Story” and “You Belong With Me,” Swift rose to mainstream superstar status.

Not to mention, her first six albums, and the corresponding sold-out stadium tours, proved to be incredibly lucrative — not just for Swift, but also for her then-label, Big Machine Records. In short, the 11-time Grammy winner, now 31, has proven herself to be both an adept businessperson and an influential artist. But it’s that second moniker — artist — that Swift’s critics still seem to balk at, often because of her earliest hits.

Thirteen years after its initial debut, Fearless is getting a re-release on April 9, 2021, under the reworked title Fearless (Taylor’s Version). In fact, Swift plans to re-record all six of the albums she released while under contract with Big Machine, which, in addition to Fearless, include Taylor Swift, Speak Now, Red, 1989 and reputation. The goal, at least in part, is to own the master recordings of her work.

Recently, the act of regaining control of the narrative has come up quite a bit for the musician. So much of Swift’s image was once shaped by her former label and managers: In the Netflix documentary Miss Americana, she recalled the “Don’t be like The Chicks” warnings she received from seasoned industry professionals. And then, of course, there was all of that prying media, which presented a narrow (and often misogynistic) view of Swift and her love life.

In recent years, Swift has taken her image and her music into her own hands. Under Republic Records, Swift has released three albums since 2019: the dreamy, synth-pop Lover; the Grammy-winning cottagecore hit folklore; and the “folkloreverse” follow-up evermore. Despite her success, Swift’s struggle to regain control of her art has underscored several truths about how we value not just artists, but their fans as well.

In June of 2019, Big Machine Records was acquired by Scooter Braun, the talent manager behind pop stars like Justin Bieber. Part of that deal? Braun became the owner of the masters to Swift’s first six studio albums. For those who may not be caught up on music industry speak, a master recording is the original recording — the one all copies stem from.

“For years I asked, pleaded for a chance to own my work. Instead I was given an opportunity to sign back up to Big Machine Records and ‘earn’ one album back at a time, one for every new one I turned in,” Swift posted in the wake of the sale. “I learned about Scooter Braun’s purchase of my masters as it was announced to the world. All I could think about was the incessant, manipulative bullying I’ve received at his hands for years.”

Artists from Prince to the Beatles have fought for ownership of their masters, but Swift’s dispute was hailed by Rolling Stone as one of the 50 “most important moments” in the music industry in the last decade for a very particular reason. The magazine noted that, in “using every tool she’s got,” Swift “establish[ed] herself as a self-made artist who calls her own shots.” Unlike other artists who underwent similar disputes, Swift made it very public, leveraging her platform against the exploitation of her art.

In April 2020, Big Machine released Live From Clear Channel Stripped (2008), a live album featuring Fearless-era Swift. Upset, the musician made it known that she didn’t authorize the release, stating that it was a move full of “shameless greed” — especially amid the COVID-19 pandemic. Previously, Swift had said her musical legacy was in the hands of someone who’d “dismantle it” — and that seemed to be coming to fruition. By October 2020, Braun had sold Swift’s masters, videos and artworks to Shamrock Holdings for a big pay day.

As for Swift? Back in August 2019, before the COVID-19 pandemic or the release of Live From Clear Channel Stripped (2008) or the second sale of her masters, she announced her plan to re-record her first six albums. By November 2020, that process was well underway.

Long story short? It was a bad time. And, moreover, the public dispute underscored that even someone with a platform as massive as Swift’s is open to industry exploitation. “Throughout my whole career, label executives would just say: ‘A nice girl doesn’t force her opinions on everyone. A nice girl smiles and waves and says thank you,'” Swift said in Miss Americana. “I became the person that everyone wanted me to be.”

In fact, perhaps the most eye-opening part of Miss Americana is Swift’s insistence on being on the “right side of history” — of taking everything from her image to her beliefs into her own hands. For her whole career, Swift didn’t speak out about politics or other potentially stratifying issues — something she feared doing because of the way many of The Chicks’ fans forced Natalie Maines and her bandmates into exile due to their criticisms of former President George W. Bush. “[W]hat happened to [The Chicks] was real outrage,” Swift told Variety. “I registered it — that you’re always one comment away from being done being able to make music.”

In 2018, Swift wanted to speak out about then-Senatorial candidate Marsha Blackburn, an anti-LGBTQ+, Republican politician from Tennessee. When reflecting on why she didn’t publicly back a presidential candidate in 2016, Swift made it clear that she felt her “battered public image” wouldn’t have helped Hillary Clinton’s presidential campaign. But, feeling regretful about her silence in 2016, Swift confronted her father and the other members of her team who’d always influenced her decisions and image. “Dad, I need you to forgive me for [saying something],” she says after a tense moment in Miss Americana, “because I’m doing it.”

After Swift posted about how Blackburn both “appall[ed] and terrifi[ed]” her, Vote.org saw a swell of registrations: 65,000 people registered in a single 24-hour period. Like any musician with a massive platform, the power of Swift’s voice is two-fold: not just a means of artistic expression, but a means of rallying support, too. And, without a doubt, it’s that enduring support that has helped Swift turn the tides in the dispute over her masters.

While Swift has worked to reshape her image and speak her mind, she has also contended with being put into a box, musically speaking. “Artists should own their own work for so many reasons,” Swift posted on her Instagram in March 2021. “But the most screamingly obvious one is that the artist is the only one who really knows that body of work.”

And she’s certainly proved that she knows what her fans want. For example, so many of Swift’s listeners found themselves bolstered by the surprise release of folklore, an album that, finally, might have solidified Swift’s ability to wear many musical hats. Sure, Fearless had cross-genre appeal, but it didn’t stop others from writing her off. Despite Red‘s rock edge, the prevailing narratives in the media often focused on the songs’ subject matter — the people Swift had dated. And while 1989 may have solidified her status as a bonafide pop star, Swift was always deemed too something. Too country. Too pop. Too music-for-young-girls.

Harry Styles, Swift’s fellow 2021 Grammy winner and a former boy band member, perhaps put it best. When asked if he feels the need to prove himself and his sound to listeners outside of One Direction’s scope, the now-solo musician said, “Music is something that’s always changing. There’s no goal posts. Young girls like the Beatles. You gonna tell me they’re not serious [music lovers]?” Styles went on to say that teenage-girl fans and young women are honest: If they like you, they show up — and “they don’t act ‘too cool.'”

And yet, any young woman or girl who has liked pop music, a bestselling YA romance novel or any other work marketed to them has probably felt some amount of shame. Or endured some kind of “teasing.” As Styles was quick to point out, “pop” is short for “popular.” And yet, even now, artists whose work resonates with young women and girls are still devalued. As if something can’t be commercial and artistic — or as if young women and girls don’t have good taste or essential stories to share and partake in.

Similarly, putting Swift in a box — belittling her for relationships, for her youthfulness, for her pop prowess — underscores this problem. That is, the way the cultural conversation treats artists like Swift often reflects the way we value others like her and the perspectives she captures in her music. “[Fearless] was the diary of the adventures and explorations of a teenage girl who was learning tiny lessons with every new crack in the facade of the fairytale ending she’d been shown in the movies,” Swift tweeted. And, without a doubt, those are stories that deserve to be told and, moreover, heard by those who’ve lived their own versions of them.

“When I think back on the Fearless album and all that you turned it into, a completely involuntary smile creeps across my face. This was the musical era in which so many inside jokes were created between us, so many hugs exchanged and hands touched, so many unbreakable bonds formed,” Swift wrote in a recent post, speaking directly to her longtime fans. “So before I say anything else, let me just say that it was a real honor to get to be a teenager alongside you.”

The first single off the Fearless re-release was Taylor’s Version of “Love Story,” which doesn’t sound too drastically different from the original. There are some new pauses and different twangs — the kind of rich and precise production found in folklore. But the most exciting difference? The assuredness in Swift’s voice.

This is a confident, in-control artist who’s looking back and retelling a story she once sang in a more heat-of-the-moment way. Sure, we may know the lyrics all too well, but, this time, there’s a knowing fondness in Taylor’s voice for a time that once was — for what’s being re-recorded and re-remembered. 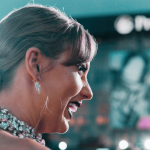 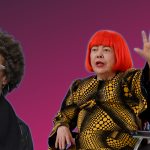 25 Women Who Changed the World of Fine Art
3 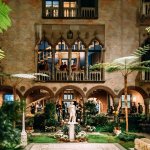