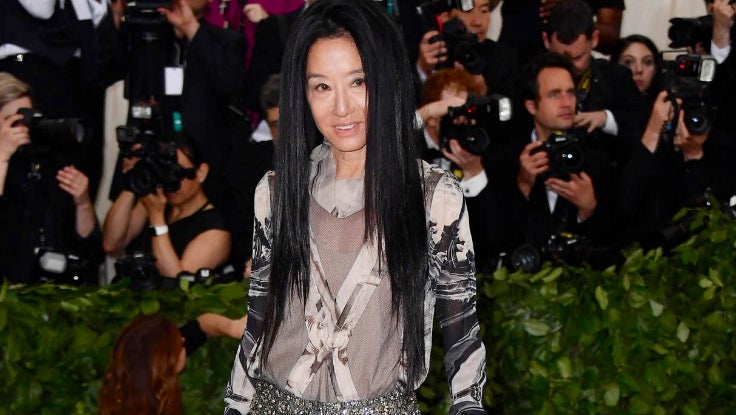 Vera Wang is one of the biggest names in the fashion world, but not many people know about the career challenges she faced before finding success. The designer is actually no stranger to setbacks, hardships and failures. Before creating her massive fashion empire, Wang dreamed of becoming an Olympic figure skating champion. However, life had other plans for her.

Many people assume the icon started designing dresses right after she left figure skating, but that’s not the case at all. With the 30th anniversary of opening her first boutique coming up in September and the release of her bridal collection looming for the Fall 2020 season, here’s a look at how Vera Wang got a passion for fashion and built her successful empire.

Wang Went from Figure Skating Dreams to a Rude Awakening

At age six, Vera Wang met her first love: figure skating. It all started with a father-daughter trip to Central Park’s sailboat pond and a pair of skates. As soon as Wang hit the ice, sparks flew, and she dreamed of skating professionally. After begging her parents for skating lessons, she worked with several teachers before training with coach Pierre Brunet, who was known for working with Olympic medalists. However, reaching her dreams was harder than she expected. 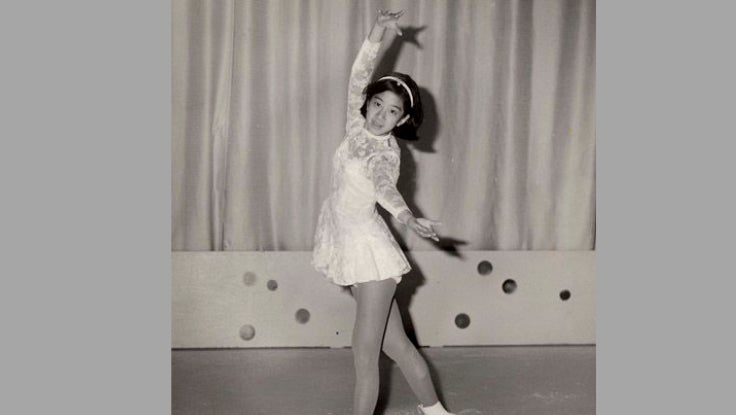 Growing up, Wang had to meet her parents’ high expectations in anything she took on, like balancing schoolwork and skating competitions at the same time. But all she could think about was competing in the Olympics. The problem? She spent less time on the ice than other skaters due to academic responsibilities, so she did what any teenager would do: She rebelled against her parents. The 19-year-old athlete dropped out of school to train for the 1968 Olympics, putting herself on thin ice. Sadly, her long journey ended in defeat when she didn’t make the team and realized that she was never going to be an Olympic champion. Just like that, her athletic career was over.

Wang described her devastation to TIME, saying, "During this time, I had a breakdown. I dropped out of Sarah Lawrence College. I didn't feel I was achieving anything. The emptiness I experienced is what I now know is depression." She added, "I know I represented a huge disappointment to my parents. They said it in a million ways every day, never outright, but it was conveyed to me in so many ways."

Heartbroken, Wang still wished for a successful career that she was passionate about, and, fortunately, all was not lost. She thought long and hard about what else she got her excited in life. The answer? Clothes. Her mother introduced her to fashion and even took her to a couture show, teaching and exposing her to the greatest. However, she didn’t immediately get started in the fashion business because her dad told her to go to college and work part-time first.

Wang soon found her calling in the fashion world after two fashion magazine employees stumbled onto her at her college job at the Yves Saint Laurent boutique. The pair suggested she work at their company right after graduation. So, Wang’s first stop in the fashion industry was at Vogue as an assistant editor for Polly Mellen, a legendary stylist and fashion editor — but the experience wasn’t glamorous. There was a lot of yelling. On her very first day, Mellen scolded her for what she was wearing, and Wang had to run back home to change her clothes. At other times, she got kicked off a project and chewed out for forgetting a hat. 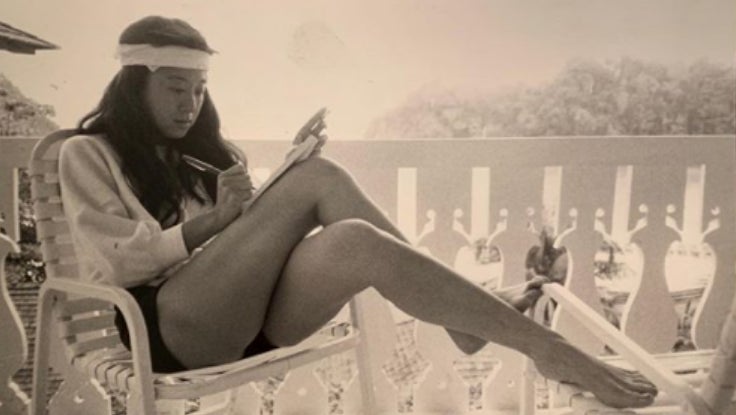 Despite the hurdles, Wang moved up the fashion food chain, working with the best of the best and making history as the youngest senior fashion editor at age 23. Vogue was her life for almost two decades until she found a new love: design.

Wang’s next stop was at Ralph Lauren as design director. "It was incredible to work there. The budgets and the staff... as many ideas as you could come up with, that’s what they could execute. Very few companies can do that, myself included. So it was like a candy box," she recalled. Ralph Lauren himself speaks highly of Wang, saying, "I've always admired Vera's strong sense of personal style, which is inspired by her own life as a busy, beautiful, modern woman." However, Wang’s strong affection for the job couldn’t get her to stay.

The Dress That Sparked Her Successful Career

Wang’s first dress design wasn’t for a celebrity or a model; it was for herself (for her own wedding to then-boyfriend Arthur Becker). Unimpressed with everything available, she thought to herself, "If you want the job done, do it yourself." Despite having no bridal design background, 40-year-old Wang sketched until she created a design she was happy to wear for the most important day of her life. A modest $10,000 later, the sketch became a reality. 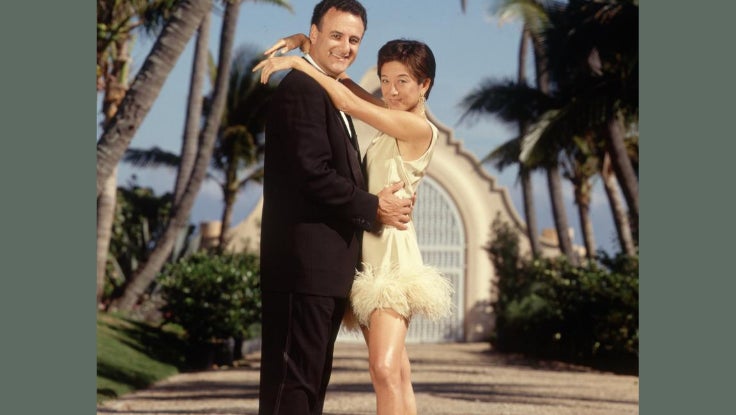 This experience opened her eyes. "There wasn’t anything, either a retail situation or a couture [designer] that really satisfied the needs of modern women," she explained. So, Wang rolled up her sleeves and went to work to break the rules of wedding fashion. With the help of her father, she debuted the Vera Wang Bridal House along Madison Avenue in New York City in 1990. High-profile celebrities took notice of her fashion-forward bridal gowns. Soon, endless celebrities flaunted Vera Wang styles, including Mariah Carey, Kim Kardashian and Jennifer Lopez.

Wang’s work soon spread beyond wedding aisles. Basic Instinct’s Sharon Stone walked the red carpet in a custom Vera Wang dress in 1995, and that moment threw a spotlight on Wang in Hollywood. Her designs went viral and made appearances at every red carpet event. Wang’s show-stopping dresses also strutted down runways in major fashion shows, including those held during New York Fashion Week. 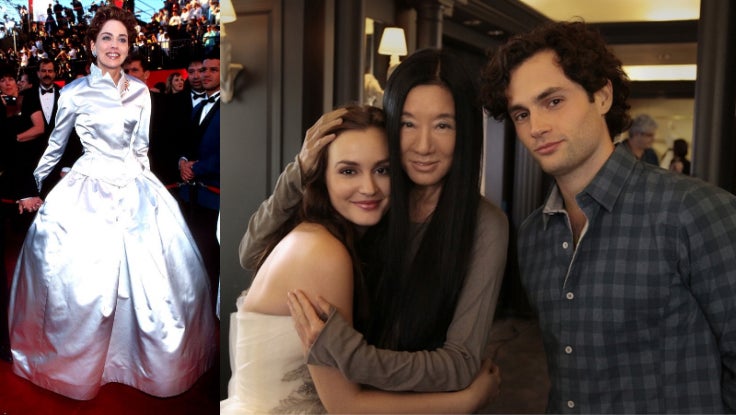 Wang continued to grow her fashion empire, teaming up with important players in the retail industry, from David’s Bridal to Men’s Wearhouse. Soon, her collections expanded from dresses to shoes, jewelry, home, cosmetics and perfume. Her brand went global, spreading to London, Tokyo and Sydney to the point where everyone around the world recognized her name.

If it wasn’t Wang herself appearing in films and TV shows, it was her creations or just the mention of her name. A couple of her cameos include First Daughter and ABC’s Ugly Betty. Sex and the City, The Simpsons, Gossip Girl and Buffy the Vampire Slayer are just a few examples of where her designs can be seen on screen. The legend also makes headlines, thanks to her social media posts. Recently, the internet blew up after seeing her birthday pictures. Many people had a hard time believing that she was in her 70s when she looked 25, ultimately calling her "ageless" and "stunningly youthful."

She Still Found a Way to Win at the Olympics

Wang has made a tremendous impact on the fashion industry, but she has also made a name for herself in the sport’s world. The legendary designer has whipped up many outfits for figure skating Olympians, including Evan Lysacek, Michelle Kwan, Nancy Kerrigan and Nathan Chen. Using her personal experience on the ice, she creates clothes that are more than just stunning; they perform well in sports and exercise. "Designing skating costumes is challenging, as they have to satisfy so many restrictions. Range of motion, enhance choreography, flatter the skaters physically, withstand huge fluctuations the body undergoes while performing, and above all, the comfort factor," she explained. 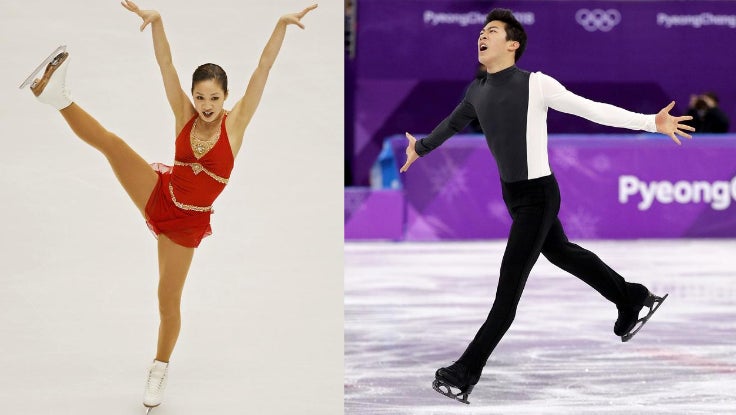 She didn’t become an Olympic figure skater, but she’s still an Olympic champion as a talented sports costume designer, earning a spot in the U.S. Figure Skating Hall of Fame for her work. She’s so good that the Philadelphia Eagles cheerleaders wanted her to dress them in 2013, and she still does.

Wang’s passion and hard work made her into the powerful force in fashion that she is today. The inspiring designer shared, "The key is falling in love with something, anything. If your heart's attached to it, then your mind will be attached to it. When you have a passion for something, then you tend not only to be better at it, but you work harder at it too."

Why Are Fans of Britney Spears Still Hoping to #FreeBritney?

The 10 Best Video Games of the Year (So Far), Ranked

How Did Life Change After the Spanish Flu (And How Might Ours Change Post-COVID-19)?
2

Why Are Fans of Britney Spears Still Hoping to #FreeBritney?
3

Coming Soon: Everything You Need to Watch, Read & Play This October
5