7 of Our Favorite Weird College Mascots

Hey, not every college sports team can have a name that strikes fear into the hearts of their opponents. From Brown University’s bear to the Yale bulldogs, there are plenty of logical, pretty standard selections out there. But some colleges and universities aren’t going for something intimidating.

Instead, they select characters with regional relevance. And while they might not scream, “We’re going to crush the competition,” we love these weird college mascots.

Back in the 1980s, a group of UC Santa Cruz athletes were concerned about the college’s lack of mascot. How could they be taken seriously without someone cheering them on? Well, ironically, that line of thinking led to the birth of Sammy the Banana Slug.

At the time, the school’s chancellor wasn’t super enthusiastic about celebrating the slimy yellow redwood-dweller. Although said chancellor suggested the sea lions instead, the student body was so pro-slug that they continued to call the team the banana slugs, ignoring the sea lion branding. In 1986, UCSC (perhaps reluctantly) adopted the banana slug as the school’s official mascot. Now that’s school spirit!

The Zips | University of Akron

Back in the 1920s, the University of Akron would become one of the few institutions in college sports history to find mascot inspiration in the form of a shoe. It all began in 1927 when a campus-wide team-naming competition inspired student Margaret Hamlin to suggest the “Zippers.”

At the time, Zippers were a popular rubber overshoe sold by local business B.F. Goodrich Company. Luckily for Hamlin (and the whole school), the name stuck, though it was shortened to the “Zips” by Akron’s athletic director in 1950. The only problem? When it came time to have an actual mascot parade around campus, no one wanted a giant shoe wandering around. As a result, the student council invented a kangaroo named Zippy and, since 1953, the marsupial has cheered on Akron’s athletes.

When it comes to naming your team after an intimidating animal, the blue hen isn’t exactly the most logical option. But, as it turns out, the inspiration for the University of Delaware’s team name is actually a lot more interesting than you might initially think.

The mascot stems from a 1775 Delaware military battalion. Captain John Caldwell became well-known in the battalion’s popular cockfighting circle for raising a breed of vicious, bluish chickens. Soon enough, Caldwell’s troops were nicknamed “Caldwell’s Gamecocks.” And, over a century later, the university decided to honor the brave men (and chickens) by adopting the Fightin’ Blue Hen as their mascot in 1911.

Texas Christian University’s (TCU) mascot is one of those creatures that requires some explanation. Despite its name, the horned frog isn’t a frog at all. Instead, it’s a lizard with a stout, frog-like body. As TCU’s athletic department attempts to explain, the horned frog is a defensive-minded little creature that’s covered in bony spikes. Not only that, but it can shoot blood from its eyes.

Terrifying? Absolutely. So, how did this horror come to be? Back in 1897, the school was on the hunt for a mascot. According to legend, the team’s football field was often full of the mighty lizards. In the end, it came down to the horned frog and the cactus — and we think TCU went with the correct prickly mascot.

The Stanford Tree, a toothed evergreen with googly eyes, is technically the university band’s mascot. But it’s simply so iconic that no one minds its non-athletic origins. In 1971, the school replaced its racist team name and became known as the Cardinal — not the bird, but the color.

As you’d expect, color doesn’t really lend itself to a compelling, in-the-flesh mascot. In 1975, two band members, Eric Strandberg and Bob Tiffany, decided to fill the mascot void. The strange tree made its first appearance during a marching band performance and, to everyone’s surprise, the student body loved the tree and its antics. Soon enough, the Stanford tree became a staple.

Despite his goofy appearance, Artie the Artichoke’s origins are kind of the stuff of legend. Back in the 1970s, Scottsdale Community College students were horrified when they discovered that the school had used scholarship money for Indigenous students to bribe potential athletes. Their righteous anger took the form of a school-wide protest — and the hunt for an inane mascot.

The idea? The students wanted the mascot to be so ridiculous that the school’s sports teams wouldn’t be taken seriously. And, thanks to this act of just revenge, Artie the Fighting Artichoke was born. Over time, the artichoke became a symbol of rebellion and integrity on campus. Today, what started as a joke is now wholeheartedly embraced due to its incredible origin story.

Keggy the Keg serves as a cautionary tale to college administrations everywhere. That is, Dartmouth was one of many schools in a long line of colleges and universities that reckoned with a racist team name. After the offensive name was removed in the 1970s, the team just went by its nickname, “The Big Green.” Needless to say, there was a mascot void.

A few decades later, in the early 2000s, the school caught mascot fever. It was during this time that members of the school’s humor magazine, The Jack-O-Lantern, had a stroke of inspiration. In an effort to create a ridiculous, unofficial mascot, the duo came up with Keggy the Keg. (College humor, right?) The anthropomorphic beer keg made its debut at a 2003 homecoming football game, and, although the school has yet to pick an official mascot, it’s clear that the student body has an undying love for this giant keg.

Want more weird sports-related content? Check out our roundup of 12 of Our Favorite Weird Minor League Baseball Team Names. Trust us — you won’t be disappointed. 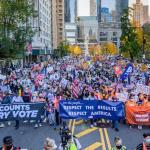 Has the Time Come to Abolish the Electoral College?
2 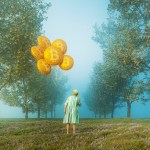 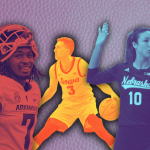 What Is NIL and How Is It Changing College Sports?
4 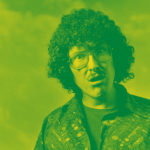 Weird Al Songs: 5 Signature Originals By the Master of Parody
1