Let’s be real. 2020 was one giant dumpster fire. We thought we only had to survive the COVID-19 pandemic; unfortunately, we had to worry about so many other ridiculous events.

If you’re having trouble remembering all the insane nonsense that happened this year, you’re not alone. We freaked out about dangerous creatures and how we were going to wipe our behinds. We even received some WTF news from the U.S. government. Maybe Carole Baskin is to blame for all of this mess. Let’s take a stroll down memory lane into the fiery hellhole of 2020 to remember some of the year’s craziest moments.

Murder Hornets Buzzed Into the U.S.

Who’s playing Jumanji? Because this year kept reaching new levels of animal horror. At the beginning of lockdown, giant bugs from Asia called “murder hornets” hopped on cargo ships to cross the ocean and entered the U.S. for the first time.

These predatory insects are venomous, and one sting hurts like heck. Researcher Jun-ichi Takahashi told The New York Times that “a series of stings can be fatal,” so it’s easy to see why we all went into panic mode. Sadly, killer hornets have been going “John Wick” and wiping out entire beehives within hours. However, on a positive note, sightings are rare, and they haven’t been terrorizing Americans…yet.

Okay, maybe we went too far with this title, but so did people fighting over and hoarding toilet paper — ultimately causing a shortage. As COVID-19 hit the U.S., toilet paper became 2020’s version of the Beanie Babies craze.

When stores ran out of it, businesses began offering rolls with their orders. Did you buy a salad from a restaurant? Great news, it comes with a side of toilet paper! Sometimes, we had no choice but to meet strangers to make toilet paper deals. One woman even traded a $200 dress for the household staple.

Did we learn our lesson from panic-buying toilet paper? Nope! So, here we go again with another shortage at the end of 2020. The toilet paper mania also put bidets in the spotlight, as the items flew off the shelves.

The Hacker Group Anonymous Resurrected Itself

This was also the year the famous cyberattack group returned from the shadows. Since 2004, Anonymous has declared war on many organizations and people, such as churches, governments and the KKK. But the “digital Robinhoods” went silent in 2016.

Following the police shooting of George Floyd in May, a viral video was released, making the world believe that Anonymous was back. The person in the footage had a creepy, distorted voice and the group’s trademark Guy Fawkes mask on, saying, “Greetings, citizens of the United States. This is a message from Anonymous to the Minneapolis Police Department.” So, their next target was the police.

Rumors spread that the hacktivists shut down police systems across the nation and leaked private files in the summer, but no official reports have actually determined Anonymous was the attacker. According to The Atlantic, “Anonymous was indeed reactivating.” Can you believe all of this happened while we were only six months into the year?

Joe Exotic Brought Us Together During Isolation

Out of all of the terrible Netflix shows we could’ve latched onto, we became fanatics of Tiger King thanks to Joe Exotic. Why was the world so obsessed with this wildcat zookeeper? Maybe it was his odd fascination with Carole Baskin that drew us in. The reason also could’ve been his flamboyant wardrobe, polygamist lifestyle or unbelievable drama. Whatever it was, Tiger King was the perfect distraction during lockdown.

What is Joe Exotic up to now? Well, the drama that we loved from the show put him behind bars. Since then, he’s been doing whatever it takes to get out, including spending $10,000 at the Trump hotel to convince the president to release him. In true Joe Exotic fashion, he recently asked “Kim Kardashian to help him get a pardon from Donald Trump.” Honestly, that’s the most 2020 thing I’ve heard all year.

The Government Said UFOs Are Real — No Big Deal

Remember when the Pentagon released videos of UFOs? We almost forgot because the government casually dropped the evidence and never talked about it again. However, when the government admits something it’s denied for years, that’s a huge deal. We were just preoccupied with, you know, the rest of 2020’s mess.

The videos in question were shot by Navy pilots in 2004 and 2005, showing “unidentified aerial phenomena.” The Department of Defense took that long to tell the public the truth about the footage, so it makes us wonder what else the DOD might be hiding. If their officials release anything else in 2020, we’ll most likely say “okay” and go about our day again. 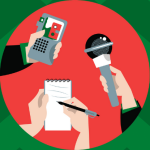 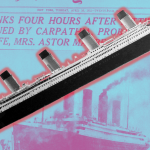 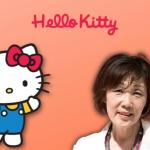 How Did Hello Kitty Become One of the Biggest Media Franchises of All Time?
4 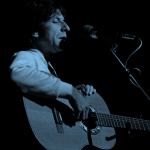 The Story of “Hallelujah” by Leonard Cohen, From Classic Covers to Movie Moments
5 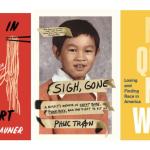