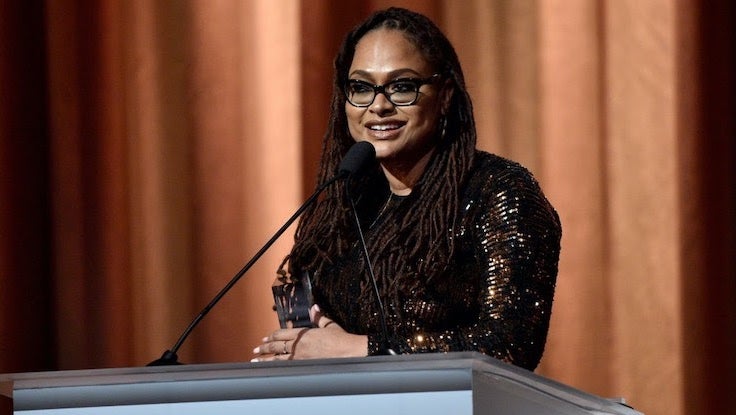 Ava DuVernay is now a critically acclaimed, award-winning director, writer, producer and activist — but she didn’t start out making films. With moving projects like 13th and When They See Us under her belt, she has solidified her place in the entertainment industry. Using her passion for racial equity in America, DuVernay has created timeless works that educate and inspire audiences in a fight towards real change. However, the famed director has only just gotten started.

DuVernay's film career began really taking off in 2014 with her first feature-length film, Selma. This film told the story of the 1965 voting rights marches from Selma to Montgomery, Alabama. The incredible film helped to put DuVernay on the map as a director, opening the door for her to make an even bigger impact. Let's dive into how DuVernay began her career and what the future holds for this talented creative.

DuVernay Gets Her Start in Media

Though DuVernay is now an accomplished director and producer, she initially went to college to pursue degrees in English literature and African-American studies, not filmmaking. She thought she wanted to be a journalist and even helped cover O.J. Simpson’s murder trial. But before too long, she decided to make the switch to public relations. 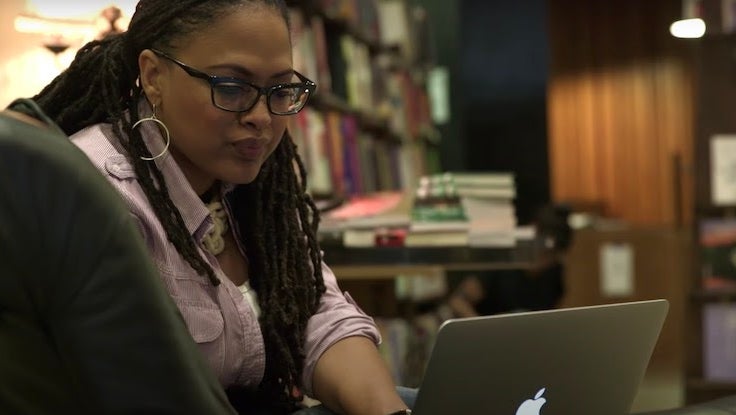 In her career as a publicist, she worked with a variety of PR agencies and movie studios like 20th Century Fox and Savoy Pictures. After gaining some experience in public relations and the film industry, DuVernay decided to make another leap. In 1999, she started her own public relations firm, The DuVernay Agency, or DVAPR for short. Her agency provided marketing and PR services for multiple movies and shows, including Spy Kids, Shrek 2 and Dreamgirls. Though her agency was successful and capably handled the unique marketing needs of some true blockbusters, DuVernay wanted to use her voice to make a different kind of impact; she’d soon make another career switch that would change the trajectory of her life and the film industry for the better.

The New Filmmaker Finds Her Footing

DuVernay admitted that she got a late start in filmmaking — at least later than some directors do. In 2005 at age 32, DuVernay used $6,000 of her savings to create her first short film called Saturday Night Life. After the film did well at various festivals, she began to make documentaries to tell stories of Los Angeles and the surrounding areas in her home state of California. 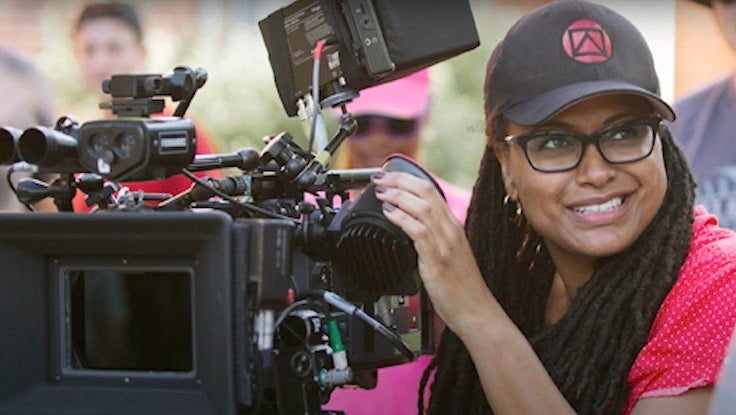 DuVernay’s interesting journey to directorhood demonstrates how a dream delayed is not a dream denied. "When people tell [my story], it’s about race and gender— ‘Black woman director’ — but my story’s also really about age because I didn’t pick up a camera until I was 32," she said in an interview with Refinery29. "For me to pick up a camera as a Black woman who did not go to film school — this is a testament to whatever path you’re on right now is not necessarily the path you have to stay on."

The talented filmmaker ended up taking private directing classes and worked at her day job in order to be able to invest in her movies. She went on to direct a few feature films, including I Will Follow, which Roger Ebert praised for being "one of the best films I've seen about coming to terms with the death of a loved one." She also wrote and directed Middle of Nowhere, which won the U.S. Directing Award: Dramatic at the 2012 Sundance Film Festival. However, it was her next film that would really put DuVernay on the map as a director.

DuVernay Basks in the Spotlight

It was DuVernay's work on the 2014 film Selma that really catapulted the director into superstardom as a filmmaker. The film worked through a pivotal moment in the Civil Rights Movement — the 1965 Selma-to-Montgomery march for voting rights. David Oyelowo played the huge role of Dr. Martin Luther King Jr., who was a central figure in the march, and Oprah Winfrey joined the cast as activist Annie Lee Cooper. The film was nominated for a Golden Globe and for Best Picture and Best Original Song at the 2014 Academy Awards. It was the talk of the town but was notably snubbed by the Academy for Best Director for DuVernay and Best Actor for Oyelowo. The lack of diversity sparked an outcry against the Oscars and resulted in the creation of the #OscarsSoWhite hashtag on Twitter. 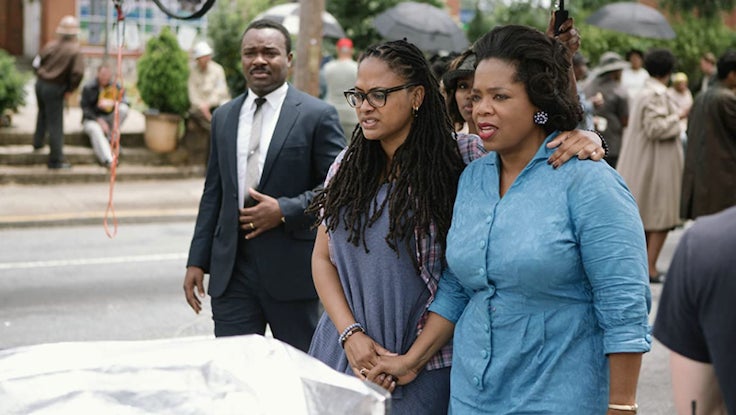 Photo Courtesy: Selma Behind the Scenes/IMDb

In spite of the major snub, the director kept pursuing her passion, putting her heart and soul into her work. Her next big project was 13th, a documentary distributed by Netflix that highlighted race and mass incarceration within the U.S. criminal justice system. This film also garnered critical acclaim and earned DuVernay a Peabody Award in 2017. DuVernay then went on to direct episodes of Queen Sugar, the Disney film A Wrinkle In Time and the Netflix miniseries When They See Us, which received an incredible 16 Emmy Awards nominations for its writing, directing and acting.

What Does the Future Hold for DuVernay?

Even with her many accomplishments, DuVernay’s past work clearly demonstrates that this incredible woman has so much more ahead for her career and activism. She continues to speak out against mass incarceration, voting rights, racial microaggressions, police brutality and other injustices against Black people in this country through her films and social media. She has also been named one of the newest members of the Board of Governors of the Academy of Motion Picture Arts and Sciences and has become a chair of the Prada Diversity Advisory Council. These roles and platforms will allow DuVernay to continue to use her voice in a powerful way to positively impact women and people of color. 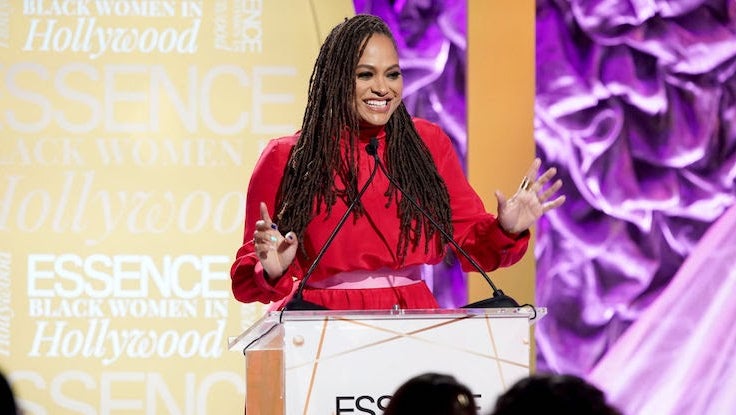 The director certainly has her hands full for the foreseeable future. DuVernay will be directing a film adaptation of The New Gods, which falls under the DC Comics umbrella. She has also launched the Law Enforcement Accountability Project (LEAP), which will help fund other artists to create works about the over-policing of Black people in America and attempt to hold law enforcement accountable for their actions. "The idea that we can shine a light on these cases through our art, through our storytelling across multiple disciplines, is what LEAP is," DuVernay told Cheddar about the initiative. "One point of view has been centered far too often… It's important that we challenge the storytelling, and that can only happen when we change who the storytellers are." The director is also helping to raise awareness about efforts to rename Selma’s Edmund Pettus Bridge after civil rights activist and U.S. Representative John Lewis.

Ava DuVernay is an incredible talent who still has more intriguing and real stories to tell and more noble causes to fight for. And we’ll all be anticipating her newest work and activism, ready to give her powerful voice the attention it so rightfully deserves.