If You're Obsessed With “Watchmen,” Then You'll Fall in Love With These Binge-Worthy Shows 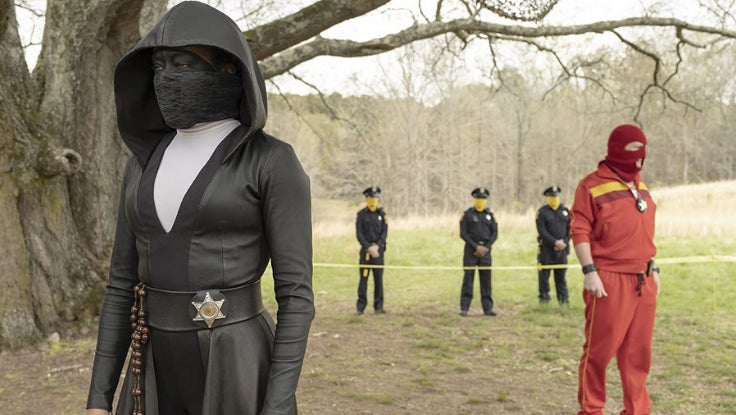 HBO’s Watchmen is a true masterpiece. It’s bold, deep, groundbreaking and everything you didn’t know you needed in a series. For those a little late to the party, Watchmen is a superhero drama with comic book roots and all the political relevance of the real world. The series doesn’t hold back when it comes to addressing race and racial injustice, opening up with the Tulsa Race Massacre of 1921 — a real event in history that many people learned about by watching the show.

Impressively combining real-life history and elements of the original comic, Watchmen has rightfully earned consistent critical praise, top entertainment headlines and even 26 Emmy Award nominations on July 28, 2020 — the most of any show in the runnings this year. If you’ve been left wanting more after that eggs-cellent finale, you’re not alone. We feel your pain, so we rounded up other TV shows in the same vein to cure those post-Watchmen blues.

Will There Be a Sequel to Watchmen?

First things first: Fanatics are all-in for a second season. The problem? Watchmen creator Damon Lindelof isn’t interested in coming back, explaining, "It’s not even about being tapped out. It’s more about me wanting to honor what Watchmen was before I became a part of it. The legacy of Watchmen is Alan Moore and Dave Gibbons created it and it sat for 30 years, obviously Zack Snyder made his movie which was a pretty canonical adaptation of the 12 issues, and then we made our season of television. That was my turn. I got in the middle of the dance floor for a minute and got to do my move, but then you retreat to the edge of the circle and it’s someone else’s turn to dance." Despite Lindelof’s encouraging words that another writer-producer could take on the project, the HBO programming chief doubts that will happen. 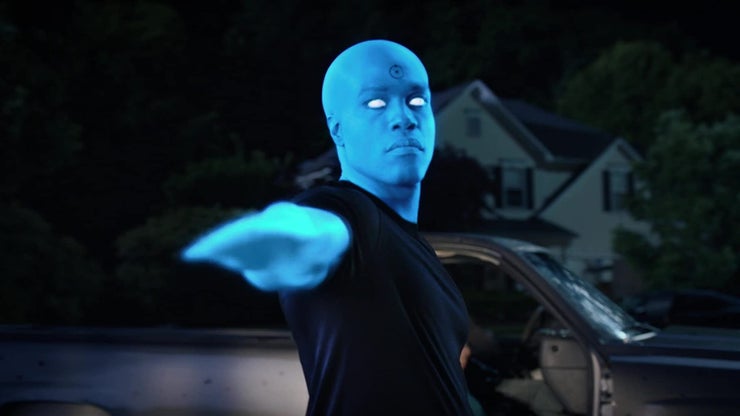 Before you go flipping tables, here’s some hopeful news: DC recently announced a new Watchmen comic book spin-off, and Watchmen loyalists believe it's the perfect opportunity for HBO to adapt a second season. Based on the show’s success, HBO would love to bring Watchmen back, but the situation is complicated. While the fate of a second season or spin-off is still in flux, check out this list of outstanding shows that will hold you over in the meantime.

Streaming on DC Universe and HBO Max, Doom Patrol is weird — in a really good way. The story follows a team of outcasts who gained their powers after enduring traumatizing events that have caused each of them a lifetime of pain. The group includes Crazy Jane, a scarred woman with 64 alternate personalities; Elasti-Girl, who can’t keep her body from turning into a pile of goo; Negative Man, who has bad energy living inside of him; Robotman, who has a brain in a robot body; and Cyborg, someone we’re more familiar with. 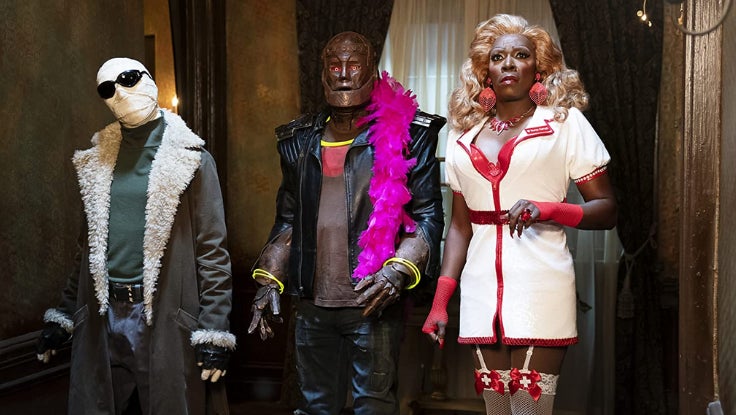 Despite their differences and flaws, the group of underdogs supports each other and tries to accept themselves in a society that has shunned them. They also meet other heroes who are even weirder than they are, like the SeX-men (Ghostbusters meets the X-men), who, yes, hunt sex demons. If that wasn’t enough, there are more completely insane characters that have us gasping, "No way!"

Viewers applaud Doom Patrol for embracing weirdness and bringing queer representation to a superhero franchise. It’s relatable, hilarious, creative and the gift that just keeps on giving. The show is a tearjerker, too, so don’t forget to bring out the tissues.

Critics and audiences are crazy about The Boys — Collider reviewer Vinnie Mancuso calls it a "razor-sharp superhero satire" that’s "Watchmen for a new age" — Amazon Prime’s monster hit that just got renewed for a third season. If you think this is your standard superhero series, think again. Amazon takes a unique approach to superheroes gone bad with ''The Seven" abusing their powers to the extreme; in the show, the general public has no idea that their idols are actually the bad guys. 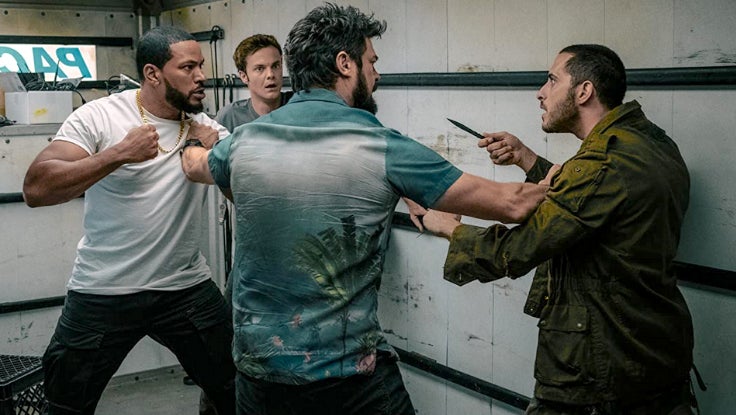 But who’s going to try to stop them? "The Boys," a group of misfit, vendetta-bound vigilantes with their own messy mission to take down the evil superheroes. You’ll be cheering on the antiheroes in this dark comedy-action adventure. It’s got all the right ingredients to get anyone addicted. Even better, it’s like a combination of Watchmen and Deadpool. If you’re losing interest in Marvel’s formulaic good-guy sameness, these sarcastic deviants may be exactly the antidote you need.

Based on a comic book series by Gerard Way and Gabriel Bá, The Umbrella Academy is about a billionaire who adopts and trains seven children who were born with powers to save the world, but the troubled super-family eventually breaks up. Years later, the group reunites to solve their father’s mysterious death. However, their personalities and differences make it hard for them to even exist in the same room. On top of that, a global apocalypse is coming. The pressure is definitely on for this family to get it together before it’s too late. 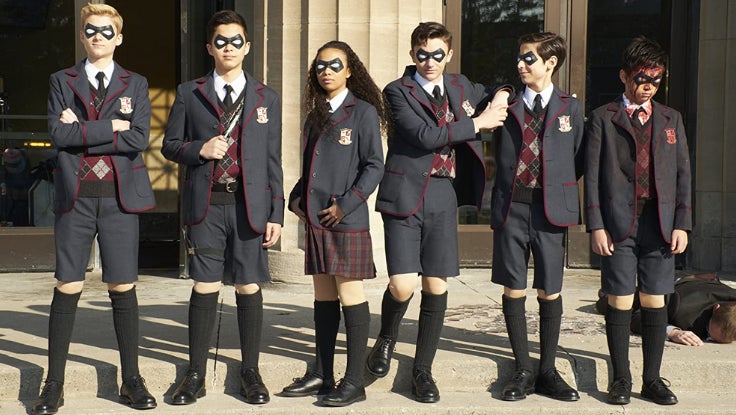 CNET calls the show "Netflix's answer to the X-Men," and it’s excellently entertaining yet super bleak. The family drama may keep you engaged, but the torment and deeper side of each super-sibling will tug at your heartstrings. Are you ready to get emotionally attached to another fictional character? If so, we know seven you’ll find irresistible.

Netflix’s Luke Cage is a refreshing twist on the standard superhero. Mike Colter, who portrayed Luke Cage, describes the protagonist best: "He's a Black superhero, but he's a different type of Black alpha male. He's not bombastic. You rarely see a modern Black male character who is soulful and intelligent." 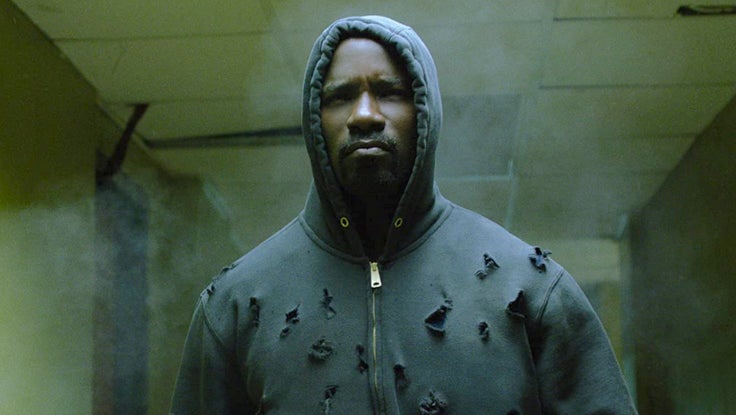 Packed with action and suspense, Luke Cage involves a bad experiment that leaves Cage with super strength and unbreakable skin. As a fugitive with superhuman abilities, he tries to live a quiet life in Harlem, but a murderous crime boss forces him out of hiding to protect his community. Another great part about this show is that the supporting characters are just as phenomenal as the lead — like Pop, the father figure and beacon of the community; Claire, the fearless sidekick and love interest of our hero; and Detective Misty Knight, an incredible crime-fighter who has a complicated relationship with Cage.

Gotham is one of the top Batman-related series, so it’s no surprise this one’s easy to get hooked on. However, this Fox version gives us the origins of each famous character in the comic book, and it’s not all about Bruce Wayne; it mainly focuses on the rise of Detective Jim Gordon before Batman steps into the picture. Viewers are also treated to a cinematic feast of Gotham’s early days that include a young Bruce Wayne, Alfred Pennyworth and Selina Kyle, a.k.a. Catwoman. 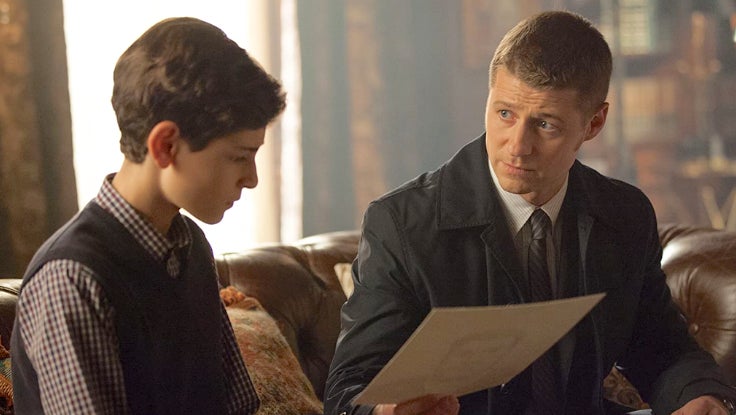 But the characters responsible for setting the dark, gritty mood of the show are our favorite villains. The series takes a creative approach to showcasing the origins of Penguin, Joker, Poison Ivy, Riddler and other bad guys. By season five, Gotham becomes "a glorious free-for-all that takes full advantage of the series' dense roster of colorful villains, making for an extended climax that is both daffy and thrilling," according to Rotten Tomatoes. So hold onto your seats; Gotham is definitely a wild (and wildly good) ride.

How Are Movies and TV Shows Being Made in Pandemic Times?
trending articles
1

How Did the Eagles' “Greatest Hits” Become the Best-Selling Album of All Time?
3

Disney Plus: Hidden Gems and Cult Classics You Should Have on Your Radar
4