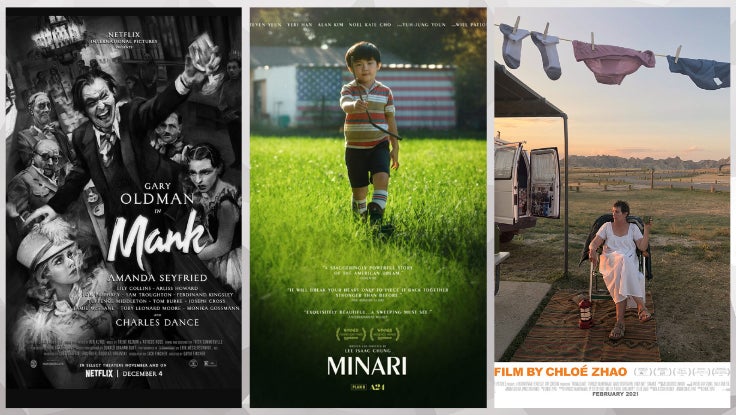 We’re in the midst of awards season. The Golden Globes and the Critics Choice Awards have been handed out. Even the Razzies have announced their worst of the year nominations. And now the Academy Awards has unveiled its nominees for the 93rd Oscars ceremony.

And while we’re happy that the nominations this year are showing a lot more diversity than in editions past, the Oscars wouldn’t be the Oscars if we couldn’t find something to object to about when it comes to their choices. Ask’s editors and writers gathered around a virtual roundtable to talk about our favorite movies from 2020, what we felt was missing from the Oscars nominations, and what we expect to see when the statuettes are handed out come April 25.

Here are some of the main takeaways from our Zoom chat.

The Movies That Weren’t Nominated and What Could Disappoint Us

Nomadland, Mank and Minari were some of the favorite films among Ask’s team in 2020. David Fincher’s Mank, which has 10 Oscar nominations, appealed to the nostalgic side of our Senior Managing Editor Michael Kasian-Morin. Editor Kate Bove liked the beauty and quietness of Minari, which has six nominations. And Writer Eric Mueller and Editor Hannah Riley confessed to pretty much crying — or sobbing — throughout Nomadland, which also has six nominations. 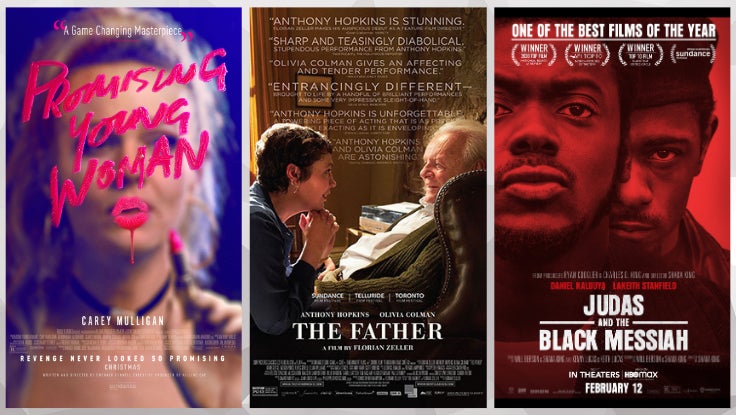 We also loved some films that haven’t been nominated, like the Brazilian film Bacurau or the indie movie Never Rarely Sometimes Always. And our team enjoyed The Old Guard and Birds of Prey, genre pieces that don’t normally get much Oscar love.

"I am delighted to see that the Borat [Subsequent Moviefilm] movie has so many nominations in different categories. I think we watched it four times in the first 24 hours that it was on Amazon because there was so much to see and absorb and laugh at and be horrified by," Hannah says. And the truth is Borat Subsequent Moviefilm is not what we’d normally associate with Academy Award nominations — and yet it snagged two Oscar noms.

Not all the nominations were to our liking though. The Best Picture category could have included two more titles since the Academy allows up to 10 nominated movies. The two remaining slots could have been perfect for Ma Rainey’s Black Bottom and One Night in Miami. Personally, I’d also love to have seen One Night in Miami’s director, Regina King, among the Best Director nominees.

"I just want to point out the irony of Mank being about writing a screenplay and not getting a nomination for the screenplay," says Kate, referring to the Netflix movie that portrays how Citizen Kane’s script was written. And while we’re talking about screenplays, I just hope Aaron Sorkin — he already has one writing Oscar — doesn’t win in the Original Screenplay category. My ideal winners would be Emerald Fennell (Promising Young Woman) or Lee Isaac Chung (Minari).

Kate echoes one of my other wishes: Chloé Zhao or Emerald Fennell winning the Best Director category. "Kathryn Bigelow is the only woman to have ever won that award. So it would be really wonderful to see another woman take that trophy home. There are other [deserving] directors, who are men [...] in that category, but I’m just excited to see that happen again," she says, pointing at the strength of Nomadland in particular.

Not everyone on the team agrees when it comes to Nomadland’s unconditional praise, though. "Nomadland as an experience was a great triumph in storytelling because there was such authenticity from the folks whose stories we probably wouldn't be able to hear on a regular basis, if not for this film," says Michael. But he didn’t like the depiction of Amazon’s warehouse in the film as this almost fantastic place to work. "I'm going to remove that part of the film from my memory so that I can focus on the real people, the real stories and the beautiful sunsets that Chloé Zhao was able to incorporate into the narrative."

A Year of Great Performances

"In terms of the Best Actress category, if I was a voting member of the Academy I would have a really hard time," says Eric about the star-packed category in which Carey Mulligan (Promising Young Woman) competes against Viola Davis (Ma Rainey's Black Bottom), Andra Day (The United States vs. Billie Holiday), Vanessa Kirby (Pieces of a Woman) and Frances McDormand (Nomadland). The rest of Ask’s team is also grateful to not have to make this impossible choice. 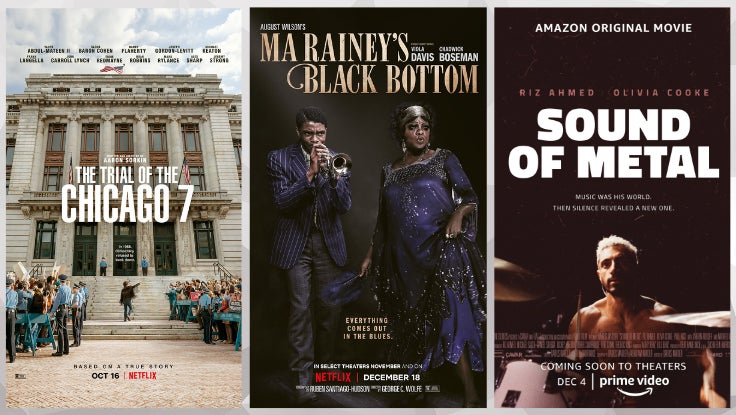 "I cannot wait to have a nice little cry moment when Chadwick Boseman wins. In that movie [Ma Rainey’s Black Bottom] he was just so alive and so animated, so fresh. I wanted to hang out with him," adds Eric, and again, we couldn’t agree more. Because even if the late Boseman is nominated in a category stacked with other great performances — Riz Ahmed (Sound of Metal), Anthony Hopkins (The Father), Gary Oldman (Mank), and Steven Yeun (Minari) — that statuette pretty much has his name engraved on it already.

And while we all agreed that COVID-19 meant spending much more time at home and, as a result, having more opportunities to watch movies, it was clear that video-on-demand options make watching the nominated films easier than ever. "The Hollywood industry, especially this year, owes so much to streaming services because someone like myself would not have watched any of these films had they not been available for streaming," says Michael, who confesses he’d never seen that many Oscar-bait films before in his life.

But spending time watching the nominated films doesn’t necessarily mean we’ll all watch the actual Oscars ceremony. Eric’s favorite part tends to be the red carpet, something that in pandemic times happens more on Instagram than E! TV. Then there’s the social aspect of awards season that’s sorely missing too. "When they're over, I'll go Google and see who won everything. For me, it's always been more of an opportunity for a social gathering. Food and drinks and not really paying attention to what's on TV. And that's not really how things will go this year," says Hannah.

And yes, like many other things, the Oscars will feel a little bit different this year.

But tell us, do you plan on watching the ceremony? Were you also big on the social gathering aspect of it? Have you watched more nominated films this year than on previous occasions?