Fact Check: What "Dickinson" Gets Right (and Wrong) About the Iconic Poet 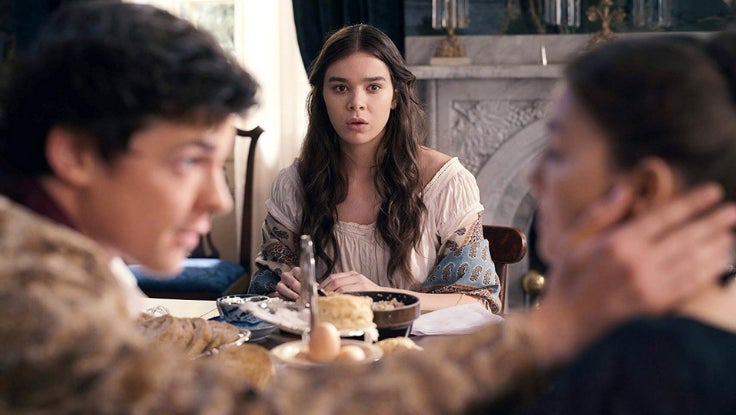 With scenes set to the tunes of Lizzo, Mitski and billie eilish, there’s no doubt that Apple TV+’s teen period-piece comedy, Dickinson, is anachronistic — and every bit as irreverent as its protagonist, a young Emily Dickinson (Hailee Steinfeld). For both comedic effect and to get at the heart of Emily’s history, Dickinson swings big: The fledgling poet throws house parties full of both 19th-century dancing and twerking; hallucinates a talking bee (Jason Mantzoukas) after taking recreational opium; courts her brother’s (Adrian Blake Enscoe) fiancée, Susan "Sue" Gilbert (Ella Hunt); and actively fights against the gender norms of her time. Not to mention, one of her closest confidantes is the personification of Death (Wiz Khalifa).

All of this to say, the show isn’t meant to be a painstaking biography of the famed poet from Amherst, a la the Cynthia Nixon-helmed drama A Quiet Passion (2016). But it’s also evident that the show’s creator, Alena Smith, did quite a bit of research. The end product? A witty coming-of-age series that reinvents Emily for modern audiences, that thoughtfully blends scholarship with more modern sensibilities. "Everyone’s free to invent their own Emily Dickinson," Smith told Vulture, "and this is mine." With that in mind, we’re diving into what the series gets right — and what it completely invents — just ahead of the premiere of Dickinson’s sophomore season.

Was Emily Really Obsessed With Death?

If you’re familiar with some of Emily’s poems, you likely know the refrain, "Because I could not stop for Death/He kindly stopped for me." In it, the speaker takes a carriage ride with a personification of Death. In the show, Emily has reveries of sorts where she gets into ghostly carriages — and even attends her own funeral — all while hashing out her woes with her confidante, Death (Wiz Khalifa). Needless to say, Dickinson’s protagonist can’t stop thinking about death (and Death), especially when someone close to her dies rather suddenly. 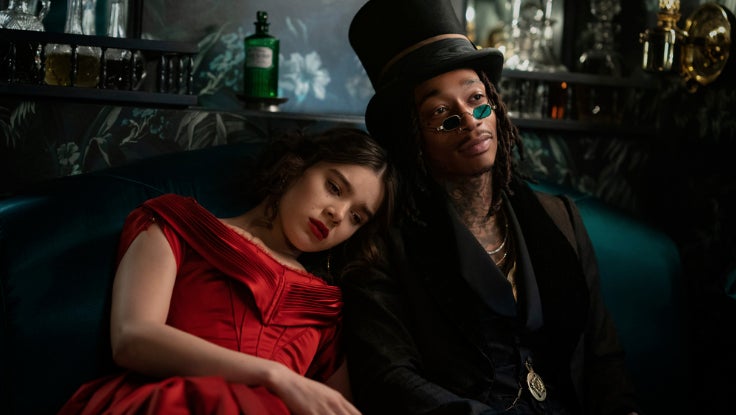 In an interview with Vulture, Martha Nell Smith, the founding director of the Maryland Institute for Technology in the Humanities and esteemed scholar and author (see: Open Me Carefully: Emily Dickinson’s Letters to Susan Huntington Dickinson), expresses her thoughts on Emily and death. "If I walk into a room and I say, ‘Tell me what you know about Emily Dickinson,’ someone will say, ‘She was morbid and she had an obsession with death,’" Smith says. "That’s something that’s gotten attached to her." Although Smith hesitates to call Emily’s interest an outright obsession, she does point out that bearing witness to the death of family and friends was much more common in Emily’s time than it is today. While her poems and letters about the subject may seem all-consuming by today’s standards, it’s not surprising that 19th-century poets had a preoccupation with death — and with probing the mysteries that stem from it. And, hey, we love the way the show uses surreal moments to capture this infatuation.

Was Emily Considered a Genius in Her Time?

As you might know, Emily Dickinson was never a published poet while she was alive. (Save for a poem in a student-run magazine.) That is, her work was made public posthumously. And while it was difficult for women to find publication in the 19th century, Emily’s contemporaries, like Little Women author Louisa May Alcott, managed to pull it off. While it’s clear that Emily knew of pseudonyms — primarily, women using men’s names to publish their work — there’s no evidence to suggest she used one. So, was her talent just underappreciated at the time? 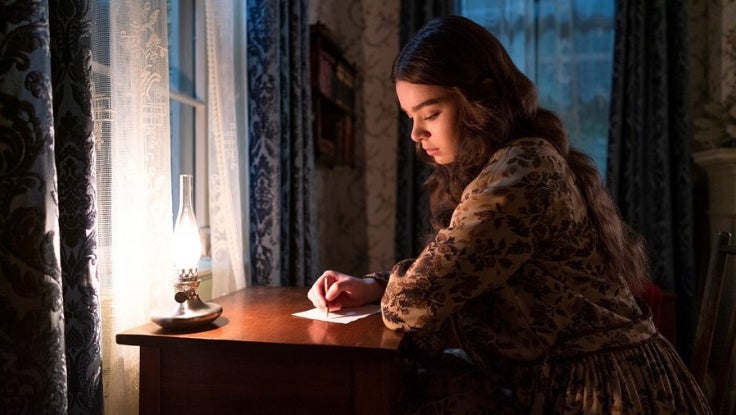 While we know that Emily shared her poetry with friends and family — namely Sue, her sister-in-law — there’s no record of her making a real effort to publish her work. After all, her poetry was considered innovative at the time, with Emily pushing against the styles, forms and other elements expected of poetry during the 19th century. In fact, one of her poems even balked at the very idea of the fame publication might bring. Before her death, Emily requested that her family destroy her poems once she’d passed — but, as we know, that request clearly wasn’t honored.

Was Sue the Love of Emily’s Life?

More recently, scholarship has emerged surrounding Emily Dickinson’s queerness — and, in particular, her relationship with Susan Huntington Gilbert, or Sue, as she was affectionately called. As an Indiewire article points out, "Dickinson is one more nail in the coffin of the default assumption of Dickinson as a lonely heterosexual" — a remarkable achievement given the way queerness is often erased from history. 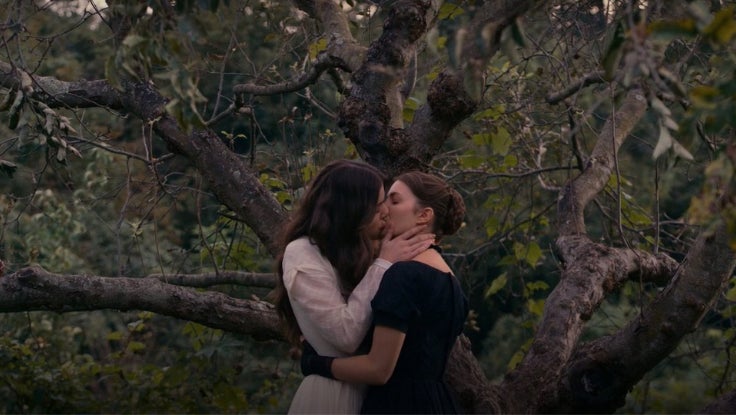 Well, according to Smith, Emily sent more poems and letters to Sue than any other correspondent, which "speaks volumes" about her fondness. In one of Emily’s most famous letters to Sue, the poet writes, "I spilled the dew but took the morn, I chose the single star… Sue — forevermore!" The line is undeniably full of love, of choosing to place Sue above all other loves, and, as Smith notes, Emily is "linking Sue to the order of the cosmos. Sue is the star who’s chosen from many." While it’s unclear whether Emily and Sue ever consummated their relationship, they clearly had a close bond — one that the rest of the Dickinson family seemed to recognize. When Emily died, it was Sue who performed the intimate act of washing her body.

Was Opium the Recreational Drug of Choice at the “Famed” Dickinson House Parties?

In the show, the Dickinson parents are both away, encouraging the siblings — Emily, Austin and Lavinia — to throw one of their famed Dickinson house parties. While the party they throw is a delightful blend of anachronisms and period-appropriate references, it is true that the Dickinsons were known to be hospitable entertainers — a mantle that Sue and Austin carried on after their marriage. One of the standout moments of the in-show party is Emily taking opium — a lot of opium — and encouraging others to do the same. While opium was a common painkiller at the time, there’s no evidence that it was used as a recreational party drug by the people of Amherst. 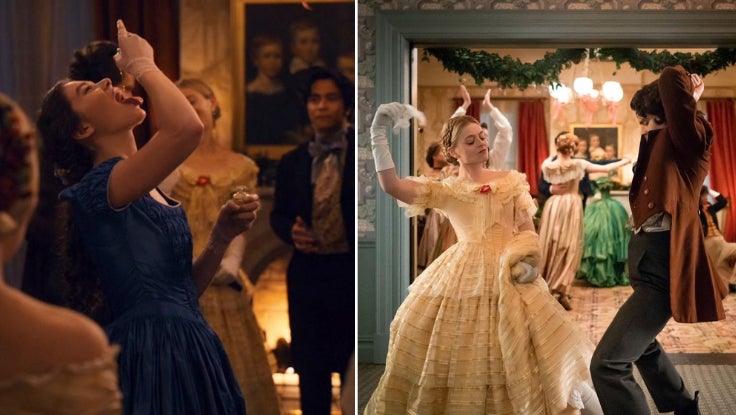 On the other hand, opium dens did exist in the 1800s: For example, in the wake of the California gold rush, which began in 1849, opium dens became popular — so popular that by 1875 San Francisco tried to pass laws to limit non-medicinal use of the drug. In an interview with The Amherst Story, Brenna Macaray, who works at the Emily Dickinson Museum, notes that although the party might be fictitious, "the playfulness and the sort of snark and irreverence feel very right. Emily Dickinson’s spontaneity and intense personality are things that I love about her. A lot of general conceptions miss that."

Did Emily and Ben Have a Romantic Relationship?

In the show, a man named Benjamin Newton moves to Amherst to work as a law clerk for Emily’s father. Although he wears a ring, Ben isn’t married — a fact Emily seems excited to learn. Although she’s clearly still pining for Sue, she has a connection with Ben and, eventually, strikes up a romantic relationship with him. While it’s not as passionate as her relationship with Sue, Ben clearly means quite a lot to the show’s Emily — so, did he mean a lot to the real Emily? 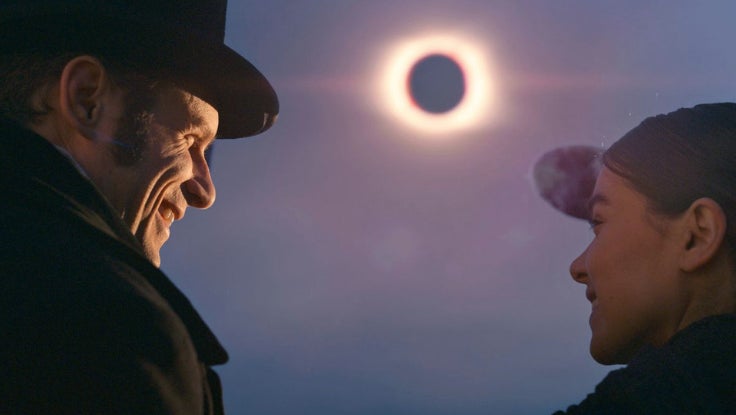 While the two go on long walks, spend Christmas together, enjoy an eclipse and kiss, their relationship in the show does toe the line a bit, showing them as admirers of one another’s intellect and passions. According to the Emily Dickinson Museum, Emily’s mentions of Ben seem platonic: She calls him her "earliest friend," "tutor" and "an elder brother, loved very much." Even though the show might lean a little more into the romantic angle, it’s clear that Ben isn’t one of Emily’s great loves, unlike Sue, to whom Emily says, "I love Ben almost as much as I love you."

Did Emily Have Strained Relationships With Her Parents?

In Dickinson, Emily’s parents play a huge role in her life — as they did in actuality. Playing Emily’s anxious mother, Jane Krakowski brings a real vibrancy to the role, but she’s also rather defined by her staunch belief that Emily needs to stop writing, stop goofing around and learn to act all ladylike if she’s ever to amount to anything. In particular, Krakowski’s character seems thoroughly concerned about how Emily’s actions will reflect on the family. While Smith says that she doesn’t think Emily’s mother "resented" her, she might have had some of the character’s other tendencies. 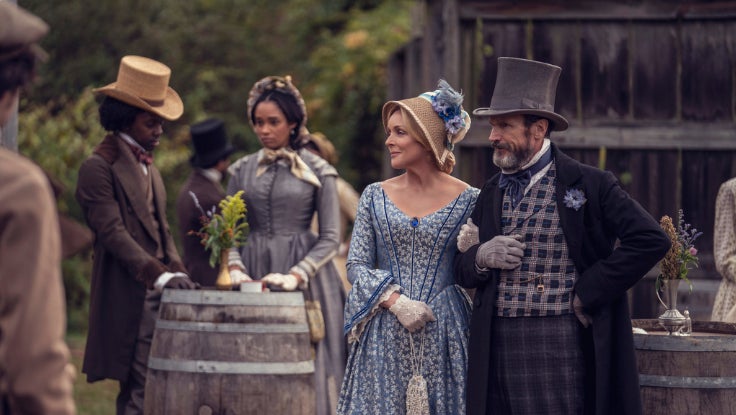 Much like the show portrays, Emily had a seemingly closer relationship with her father, Edward (Toby Huss). According to Smith, the show captures the duo’s rather back-and-forth relationship quite well. "My father buys me books and begs me not to read them" is, in fact, a thing Emily said. And it’s the perfect illustration of their dynamic. While Edward recognizes that Emily is a genius of sorts — a person deserving of education and time to write her splendid poems — he’s also acutely aware of gender norms and roles and wants to do what he sees as his "duty." Unfortunate, but true. Think of all the strides Emily could’ve made had she not been put into a box. As Steinfeld’s Emily bemoans in the pilot episode of Dickinson, those constraining gender roles really can be such "bullsh-t."