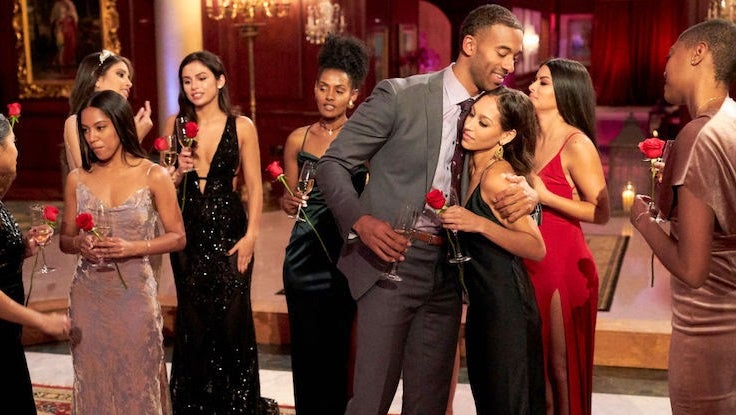 For almost two decades, The Bachelor has kept millions of people watching and talking about the romance, drama and fantasy of finding your soulmate on reality TV — even though most of the show’s relationships don’t last. Its success has also resulted in several spinoffs, including The Bachelorette, Bachelor in Paradise and The Bachelor Winter Games. But now, the show has people talking for a very different reason: rampant racism that’s come to light through contestant behavior, host comments and other controversial incidents.

Despite the franchise’s success, fans and even contestants have spoken out about the show's questionable history, including its notable lack of diversity, ongoing harassment and a variety of issues relating to gender norms and beauty standards. In response to these claims and in a long-overdue move, the show finally cast its first Black lead for 2021’s season, which sees real estate broker Matt James bring all the talent, charm and brains that fans expect from the lead star. The casting of Black contestants Rachel Lindsay and Tayshia Adams on various seasons of The Bachelorette could be viewed as another step in the direction of correcting the franchise’s long-standing issues with race. However, the show still has a lot of work to do to fully reflect the makeup of modern relationships in a modern world.

These small steps toward progress haven’t meant as much in the face of the show’s backward leaps when it comes to racist controversies. Now, in the middle of James’ season, The Bachelor is finding itself embroiled in a "firestorm" once again after it came to light that contestant Rachael Kirkconnell participated in a "plantation-themed" formal in college and liked racist posts on social media — and host Chris Harrison defended her actions. It’s becoming increasingly difficult to trust the producers’ claims about making positive changes when their actions say something different, and viewers are tiring of the show’s excuses. It’s time for the franchise to uphold lasting efforts to combat racism and other issues if it wants a chance at redeeming itself before the final rose disappears.

Since the show’s 2002 debut, critics have called The Bachelor sexist and outdated, and they’re not wrong. The program has pushed a narrow, homogeneous and unrealistic view of beauty by overwhelmingly casting thin white women with long hair. This sends a clear message (deliberately or not) about who in society is more appealing, beautiful and worthy of love. 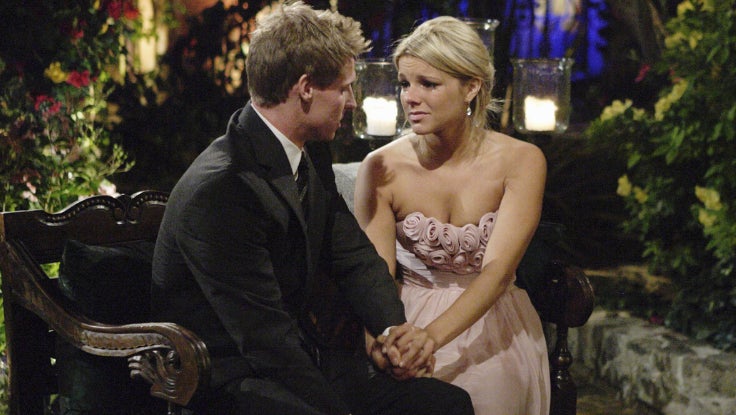 Disrespect towards women is also a common occurrence in the franchise; contestants are frequently humiliated, degraded, undermined, slut-shamed and exploited. For instance, the franchise has portrayed women as having little power by presuming they will permanently leave their jobs to find love, move anywhere to follow The Bachelor or remain alone forever if they don’t win the competition.

It’s hard to ignore the fact that the franchise exploits stereotypes, degradation of participants and cat-fights for higher TV ratings. The creator of The Bachelor, Mike Fleiss, has even said, "It's a lot of fun to watch girls crying… Never underestimate the value of that." This is exactly why it all needs to stop. Some may argue that this is simply the show’s fabricated fun and drama, but, whether it’s real or not, it’s toxic and painful for cast members and sends the message to society that this perspective is acceptable.

The franchise needs to make more of an effort to include contestants of all sizes, skin colors, abilities, identities and backgrounds to celebrate their diversity and show that beauty is more than just looks. This should involve allowing the contestants to have more control and demonstrate their strengths — and it shouldn’t involve producers making inappropriate comments about contestants.

Cases of Harassment and Racism Need Much Better Handling

Sexual misconduct and racism aren’t new issues for The Bachelor. In 2017, a former producer filed a sexual harassment lawsuit against the show’s production company, Warner Bros., which disputed the allegation in response. In addition, multiple contestants have raised concerns about inappropriate sexual behavior in different seasons of the spinoff, Bachelor in Paradise. 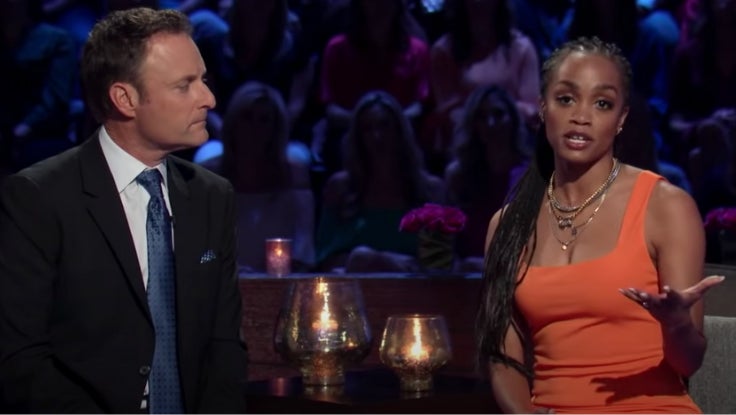 The franchise also got caught up in a scandal in 2012, when two people filed a discrimination lawsuit because there were no non-white participants among the 25 cast members of The Bachelorette that year. The case was dismissed after the producers argued that the First Amendment protected their casting choices. Although it raised valid concerns, the lawsuit didn’t make much of an impact on future casting decisions.

In 2017, the franchise found itself in hot water again. In The Bachelorette, Lee Garrett (a white contestant) fabricated stories about several Black contestants. However, the show called the incidents "drama," exploiting the problem even more by intentionally pitting Garrett and his victim, Kenny King, against each other and forcing them into uncomfortable interactions. Even worse, racist and sexist tweets Garrett posted prior to his casting on the show surfaced online. The network alleged it was unaware of the posts, which raises the question of whether the studio completes extensive background checks on cast members like it claims to.

Despite these and other incidents — and despite producers’ summer 2020 claims that they’re "taking positive steps to expand diversity in our cast, in our staff, and most importantly, in the relationships that we show on television" — The Bachelor is again facing backlash over a contestant’s racist behavior. Season 25’s Rachael Kirkconnell allegedly attended an antebellum-themed fraternity formal, has been accused of bullying former classmates over race-related issues and exhibited "concerning social media activity," all of which came to light after her appearance on the show. When asked about these issues in an interview with former Bachelorette contestant Rachel Lindsay, host Chris Harrison defended Kirkconnell’s behavior with a clear statement to viewers: "We’re not in the business of dealing with every problem that you have." Harrison has since departed the show, although it’s unknown if he will be replaced permanently, and neither ABC nor Warner Bros. has commented on this latest controversy.

Rather than dismissing or denying harassment and racism, the franchise must do a better job of owning up to its mistakes, actively condemning racist behavior from contestants and taking immediate action against attackers. The network also needs to stop using racism and harassment as forms of entertainment. All reality-show drama is fabricated to some degree, but producers must stop relying on racist contestants and narratives to create that drama. If cast members make bigoted comments or exhibit racist behavior, it’s necessary to eject them from the show. It’s essential to keep contestants and cast members safe and handle cases more thoughtfully, not trivialize the effects of racism and capitalize on them for the sake of views.

For a long time now, many fans have been asking why The Bachelor — particularly its leads and contestants — is so white. After several dozen seasons, viewers are beginning to demand entertainment that reflects what America actually looks like — beautifully diverse — and it’s time for producers to deliver. 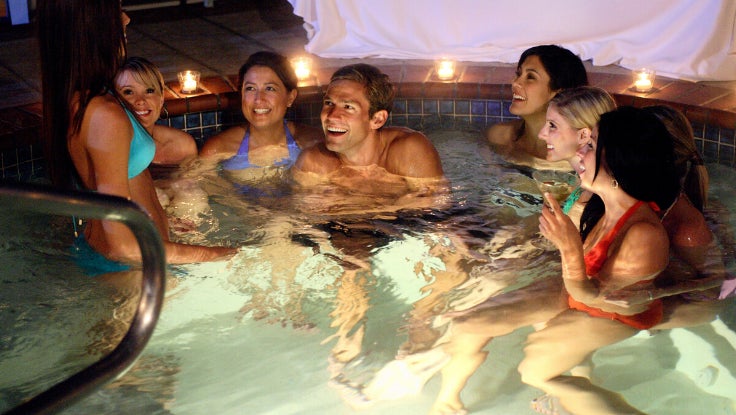 The Bachelor (and all of its spinoffs) should present love stories of people of color, same-sex relationships and interracial relationships. It should cast an LGBTQ+ lead. The franchise should introduce folks with different educational backgrounds, income levels, professions, lifestyles, abilities, social experiences, gender identities and skills.

Representation is important and empowering, and The Bachelor needs to get onboard with inclusive narratives that help people see themselves — and others — fairly depicted. It’s time for the show to start representing people with diverse racial origins, people who practice different religions, people who can speak many languages and people with unique philosophies. The Bachelor needs to start righting its wrongs by opening the series up to show a more realistic world that goes beyond the typical cast members, dates and love stories that viewers are tired of seeing — and that have no place in the more inclusive society we need to build.