It's Time Music Removes the Word “Urban” From Its Labels 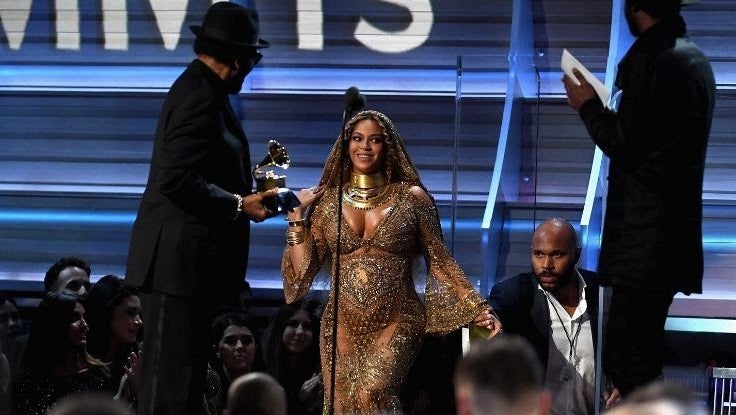 On Wednesday, June 10, the Grammys dropped the term "urban" from what was formerly known as the Best Urban Contemporary Album category, and this relatively new award was rebranded as Best Progressive R&B Album. Republic Records, the label that represents Nicki Minaj, The Weeknd and Drake, is among several other record companies that announced they too will no longer use the term in describing everything from music genres to employee titles.

More and more artists and executives have started calling for the removal of "urban" as a label in the music industry, including the winner of the 2020 Grammy for Best Rap album — Tyler, the Creator — who described the term as a "politically correct way to say the N-word." Although it once had its place in the radio industry — all the way back in the 1970s — "urban" today bears racial undertones that alienate the Black artists it supposedly represents. It’s time the music industry does away with this term completely, because, in the words of Republic Records, "urban" has "developed into a generalization of Black people" that does nothing but reinforce stereotypes.

Where Did “Urban” Come From?

DJ Frankie Crocker is often credited as being the first person to use the term "urban" to describe music. In the mid 1970s, Crocker worked as a DJ and radio program director at New York’s then-new station, WBLS-FM. Although his career at the station took off during the height of disco — Crocker was a frequent Studio 54 fixture and once rode into the club on a white horse — he preferred playing a diverse mix of music from an array of genres that included everything from funk, jazz and R&B to big band, reggae and an emerging style that would eventually take the world by storm: hip-hop. 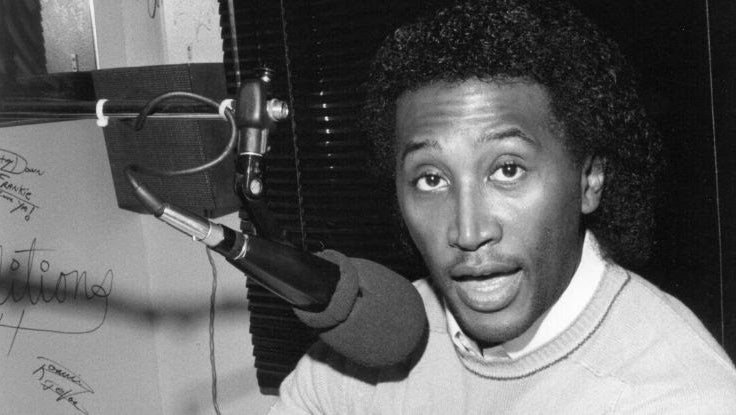 To describe the unique blend of genres that he played on the station, Crocker used the phrase "urban contemporary," likely drawing from the term "urban radio," which referred to Black-run radio stations during the Civil Rights era that used secret codes to tell protestors where to meet for marches. He used his platform to amplify Black voices, as many of the artists he played during his sets were African American and Caribbean, and people began positively associating the phrase "urban contemporary" with the Black artists whose songs frequently appeared on the station. While initially "urban contemporary" described an exciting melange of musical styles on one radio show, others took the term and ran with it. Stations across the country in other large cities like Detroit began using the phrase when they played music similar to Crocker’s sets. Eventually, as things tend to do when someone realizes there’s money to be made, "urban contemporary" started to change in meaning to commodify, not represent, Black artists and their art.

Music executives realized they could begin marketing what they saw as "Black music" to white people without explicitly using words that referred to race, which staved off discomfort in an era when desegregation was still taking place and white flight was dramatically changing the faces of American cities — which, perhaps ironically, were considered "urban" areas. In order to capitalize on this, executives started calling the music Crocker and others were playing "urban," an ambiguous-sounding term that lumped a variety of genres under one umbrella term and did little for representation. While this was arguably helpful in that it allowed companies to market music by Black artists to much wider audiences, it also allowed them to market to much whiter audiences — at a price.

Labeling music "urban" helped make white listeners and "white executives more comfortable," Billboard executive Gail Mitchell told NPR. While creating new "urban" divisions at record labels and radio stations paved the way for Black executives to take on burgeoning roles finding and helping Black artists, it also allowed white leaders at those organizations to essentially "[box] those executives in. [Urban] was a bad word to the white gatekeepers," Mitchell notes. As the term spread during the 1980s, it became a catchall word that implicitly referred to any music by Black people — no matter what the genre of a Black artist happened to be, their music was simply "urban." And at that point, the word had picked up enough steam to become mainstream.

Why Is It Problematic to Describe Music as “Urban”?

The term "urban" being used to describe musical genres wasn't problematic when Crocker applied it at WBLS-FM; it was celebratory and highlighted the diversity of the urban metropolis — New York City — that the station called home. But "urban" became a way of saying "Black" without saying Black, and people started using it to refer to all Black artists, regardless of their genres. The word effectively blurred and even erased the identities and differences of the artists (whose creativity should've been honored) in order to make sure the culturally dominant segment of the population didn't feel uncomfortable listening to certain music. 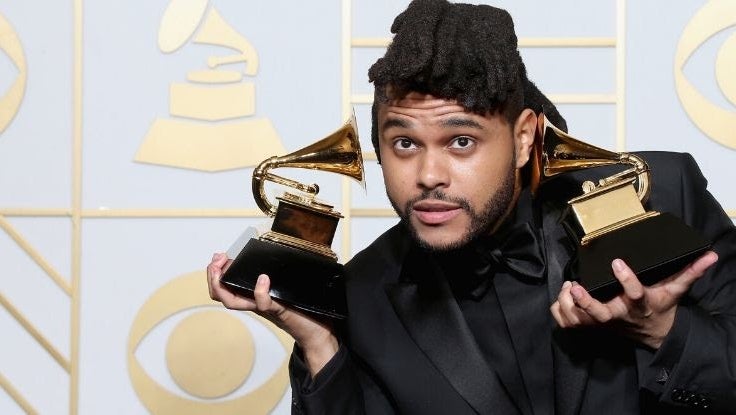 It became a tool of oppression in the music industry, putting limits on Black artists’ creativity and Black executives’ agency — "they [were] told to stay in their lane," which meant they needed to stick to the genres under the urban umbrella, Mitchell notes. "Urban" became a tool for relegating many Black artists to their own separate niche of music, essentially segregating them to one category and preventing their work from gaining recognition in genres that would’ve put them on the same level as white artists. This is seen in the way the word has been codified by its use as a label in some very prominent ways. There are the Grammy awards titles, of course, but record labels have "urban" divisions and radio stations are still referred to as "urban" when describing the music they play. Even clothing stores are often referred to as "urban" when they sell styles that Black musicians have made popular.

Using the word "urban" to describe music genres has become a lazy way to group together much of today’s music by Black artists. It creates the impression of a Black-artist monolith that fails to honor, or even take into account, the richly varied origins and talents and the diverse voices and perspectives of Black singers, songwriters, composers, musicians, producers and others who have fought tirelessly to secure their places in the music industry. "Urban" racializes music by grouping together artists by race. It doesn't matter how different reggae is from hip-hop or R&B is from rap; it’s all grouped together as "urban."

The term is problematic because it marginalizes Black artists, setting them on their own outside the rest of the genres that their music actually encompasses. It keeps them on the periphery of the industry and obscures their true impact on music. Historically, it referenced Blackness without naming it, implying that there was something "wrong" with using the word "Black" because such an overt reference would make white listeners uncomfortable, and those are dangerous waters to tread. It unfairly prevents artists from accessing genres where they could arguably find more success. Despite this, some artists and executives worry about "urban" eventually disappearing.

Are There Downsides to Removing “Urban”?

Although a number of artists, executives and other industry-adjacent professionals have criticized the continued use of "urban," some aren’t as excited to see it go. Instead, they’re fearful about what it could mean for representation. An anonymous source at Republic Records told Elias Leight of Rolling Stone that some Black employees were worried about the change, saying, "Their fear is, does getting rid of the term take away our spot?" Leight goes on to note that, "for decades, ‘urban’ departments have been the labels’ only safe haven for Black executives. If ‘urban’ disappears, what protections remain?" Others worry that discontinuing the word’s use is only a symbolic gesture and that it won’t really change how a label operates — that labels will continue to group Black artists together based on their race. 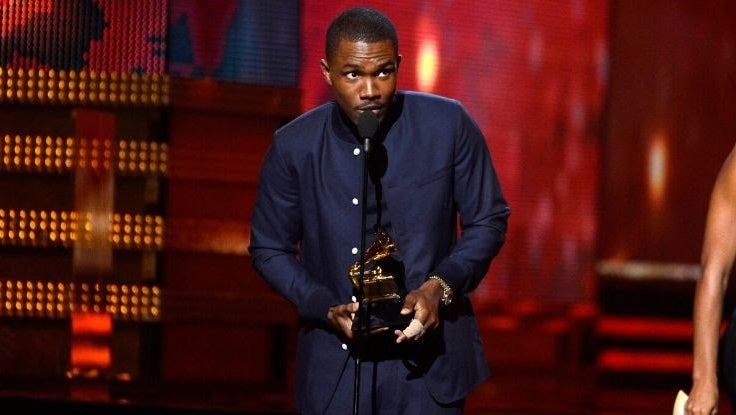 These concerns are real and valid, especially in the context of a word that has historically been used to erase Black identities from music. As record labels and other industry groups begin navigating a world without "urban," it’s of utmost importance that they continue intentionally creating space for Black employees and executives to ensure their voices are heard and their representation exists.

The Grammys Drop “Urban” — Sort Of

In a promising step forward, and perhaps arising from conversations about race that have arisen following protests over the murder of George Floyd, the Grammys opted to change the name of one award that previously used the term. However, "urban" is still in use in another award title. The Grammy Award for Best Latin Pop, Rock or Urban Album has undergone some changes and merged with other categories but continues to include the term in its new Best Latin Pop or Urban Award title. What exactly is meant by "urban" in this context — and why is it still there? Could there be separate awards for Latin Pop, Latin Rock and whatever genre "Latin Urban" might be instead of, again, grouping relatively disparate musical styles together because they’re by Latinx artists? 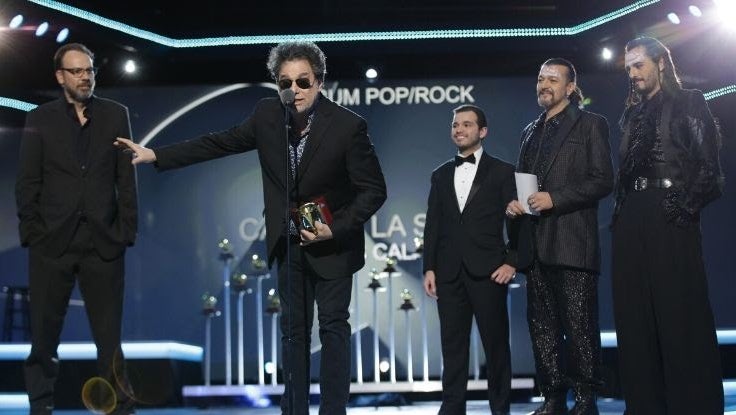 That "urban" was dropped in one category but not another is an interesting, if somewhat unexplainable, development. This could mean that the phasing out of the term's use will be gradual. On the other hand, it could mean that there’s not a consensus among those in the industry who are involved in these decisions, and they need to get on the same page. This inconsistency in naming awards also brings up the question of whether the changes were only made to placate critics with the goal of reinstating normalcy, not of setting an example for a step toward positive change. At this early stage, only time will tell.

What Will the Future Hold for “Urban”?

The music industry and world at large have undergone many changes since DJ Frankie Crocker first coined "urban contemporary." When Crocker was broadcasting in the 1970s, the role of a DJ was so much more important to music culture than it is today. People didn't have the option to load up Spotify or Apple Music and choose a single song or genre to listen to. DJs curated their playlists using a variety of different styles and picked the music they felt would appeal most to their audiences. DJs alone were the ones who could select and mix the music that played on the radio, and grouping several genres together made far more sense in the 1970s and ‘80s than it does today. 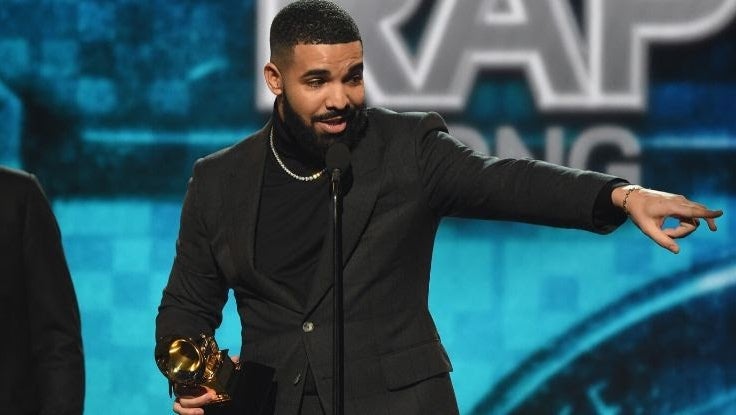 But things are different now, and it’s time for the music industry to play a little catchup in a world where it’s gotten used to dictating trends. The genres grouped together as "urban" are so diverse that often the only thing they have in common is the race of many of the artists, and it’s time for the music industry to acknowledge that variety in a way that’s more meaningful. Forcing these genres under the same category for the sake of an award can feel insulting to the artists involved and to artistry itself. It’s time for the industry to remove "urban" from its vocabulary completely and start celebrating individual genres. And this needs to happen while the industry uses its power to secure spots for the Black executives currently working in "urban" departments — and the many more people of color it needs to hire in order to honor the diversity it’s been capitalizing on for decades.