Is the New HBO Max Better Than HBO Go and HBO Now? 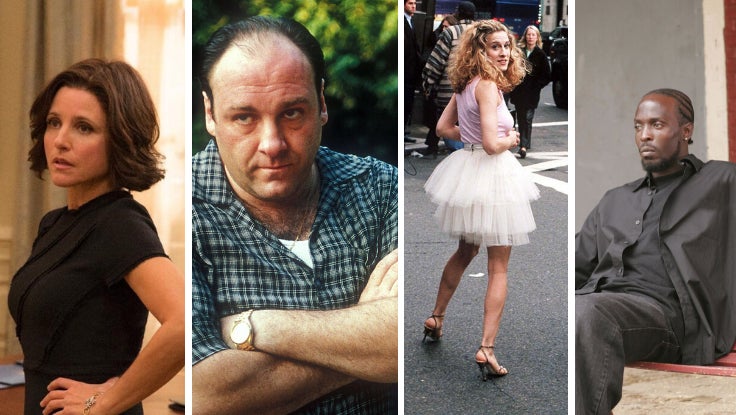 A few weeks ago, HBO graciously made some of its top-tier content free to stream. Watching The Sopranos free-of-charge may have helped take your mind off the ongoing COVID-19 pandemic, but, bada bing, nothing gold can stay. Winning over homebound viewers by knocking down those paywalls was a great marketing strategy — a little good PR never hurt anyone — and it was an especially smart tactic to introduce ahead of the network’s launch of HBO Max, its newest subscription-based service.

Viewers can embark on HBO Max marathons starting May 27, which is exciting — until you factor in that many of us already have some kind of HBO access. If you’re old school, you might get HBO via your cable package or as an add-on to Amazon Prime; other users bank on a friend-of-a-friend’s HBO Go login; and others pony up the monthly fee for HBO Now. As the network’s esteemed writer Carrie Bradshaw might posit, We couldn’t help but wonder: What’s the difference between all of these HBO iterations? And, in a world overflowing with viable streaming platforms and subscription services, is HBO Max even worth a girl’s time?

What Are the Key Differences Between HBO Max, HBO Go and HBO Now?

Like Disney+, NBC’s Peacock and Apple TV+, HBO Max is bolstered by a sprawling catalogue of beloved shows and movies as well as star-studded original series. But the service, which has AT&T’s WarnerMedia behind it, is also investing billions of dollars into some of the most expensive TV rights in history — namely, HBO Max will be the exclusive home for streaming hits like Friends and The Big Bang Theory. In terms of movies, it will boast all those much-loved DC Comics-based films, like Wonder Woman (2017) and Joker (2019), along with time-honored classics like The Lord of the Rings trilogy (2001-2003) and The Wizard of Oz (1939). 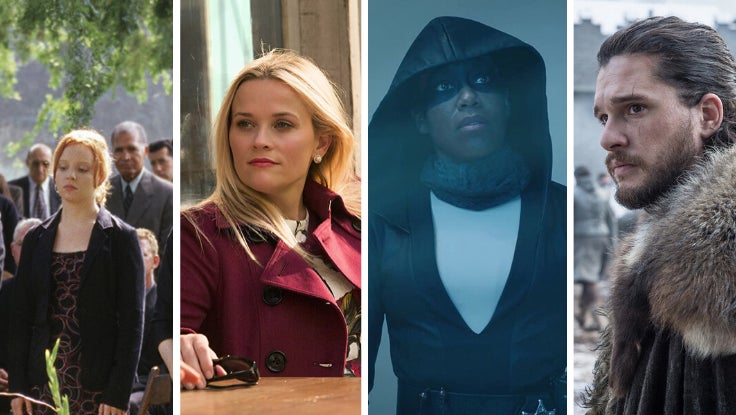 That said, all of that highly sought-after content will run you $15 a month, a bit more than HBO Now’s chief competitors. Of course, there are some exceptions: If you already have an HBO subscription, you might get Max content for free — but only if you have HBO through parent company AT&T, the AT&T satellite service DirecTV or Charter (a.k.a. Spectrum). Some subscribers who have bundled HBO with YouTube TV (or other comparable services) might get the deal, but the nitty gritty remains to be smoothed out. Long story short, you might not be eligible for an automatic upgrade to Max. To break it down:

While HBO doesn’t have any current plans to decommission Go and Now, it’s clear that Max is where the network is putting most of its chips. There are talks of the service offering a free, ad-filled version, but it’s not clear how (or really if) that’ll pan out. (Even trials aren’t clearly outlined.) Nevertheless, at launch, HBO Max will host over 10,000 hours of content thanks to HBO’s backlog and exclusive partnerships with Cartoon Network, CNN, DC Comics, TNT, Crunchyroll and others.

Thanks to hits like The Sopranos, The Wire and Sex and the City, HBO is known for ushering in the golden age of television — in fact, the network is synonymous with peak TV. Even HBO’s more recent original offerings continue to reel in accolades and set the bar incredibly high. 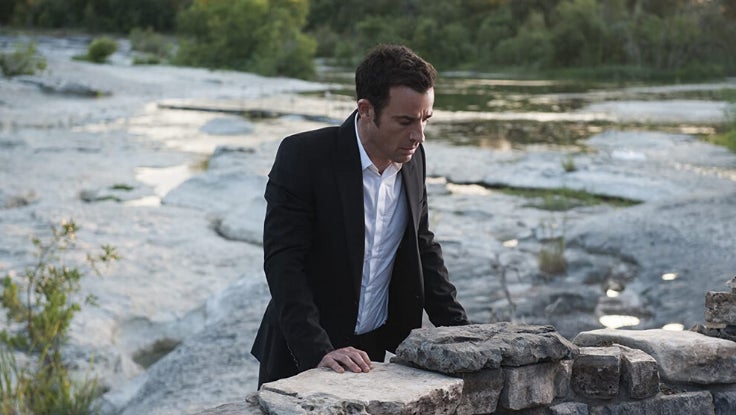 The Leftovers, a post-apocalyptic slow-burn drama that was co-created by Lost’s Damon Lindelof, has been hailed as one of the greatest TV shows of all time; Game of Thrones gave HBO a juggernaut on par with Harry Potter or Star Wars; the Reese Witherspoon- and Nicole Kidman-produced Big Little Lies helped usher in a wave of woman-led and -produced prestige dramas (think The Handmaid’s Tale or Little Fires Everywhere); and Watchmen, which stars Regina King and benefits from Lindelof’s touch, has literally helped rewrite textbooks. Needless to say, HBO hasn’t just remained relevant — HBO has shaped and reshaped great TV.

It’s no wonder then that the TV giant would take more serious steps to create a direct-to-consumer streaming service that can hold its own not just with Netflix and Hulu — services with some original content and a lot of licensing agreements — but with Disney+ and NBC’s Peacock, more niche services that gobble up brands and fandoms and franchises. Take Disney, for example. The company’s streaming service offers up animated fare, like The Lion King (1994), and live-action Disney films, like Pirates of the Carribean: The Curse of the Black Pearl (2003). But it also offers up everything Pixar and Star Wars (and Lucasfilm) as well as The Simpsons (and a bunch of 20th Century Fox films!), the Muppets movies and National Geographic docs.

While HBO Max certainly follows Netflix’s model to a degree, it’s definitely taking Disney+’s mindset into account too. Here’s a taste of all the original content you can expect from the platform: 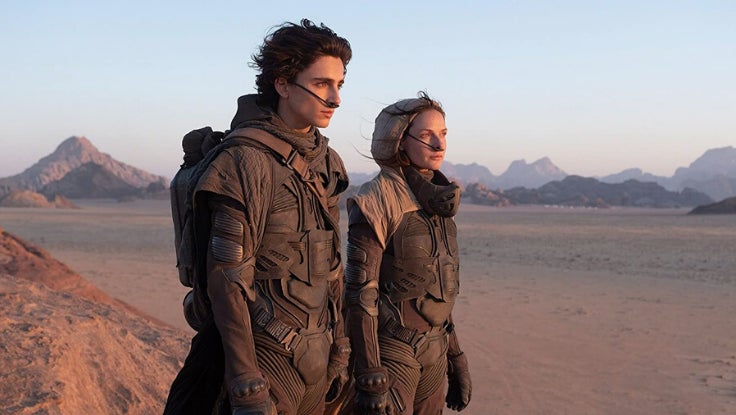 All the Original Shows and Movies You Can Expect on HBO Max, Continued

But that's not all. Unlike competitors Disney+ and Apple TV+, HBO Max isn't just tossing out a handful of star-studded originals. Here are a few more soon-to-be hits: 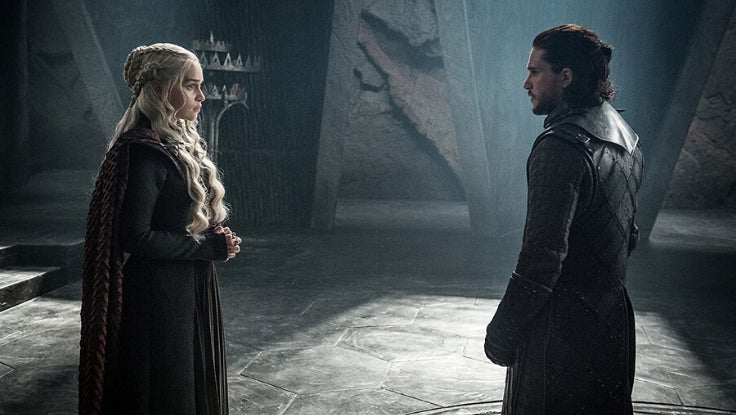 All of the Big-Name Properties Available on HBO Max

If all of that new, original content isn't enough, WarnerMedia has also made sure to snag a bunch of great streaming deals. Big-name properties that'll be on HBO Max include: Friends (plus a potential reunion special, details TBA), The OC, The Big Bang Theory, Adventure Time (and a whole lot of Cartoon Network and Adult Swim content), Rick and Morty, South Park, The Fresh Prince of Bel-Air, The Office, Luther and Doctor Who (series 1-11). 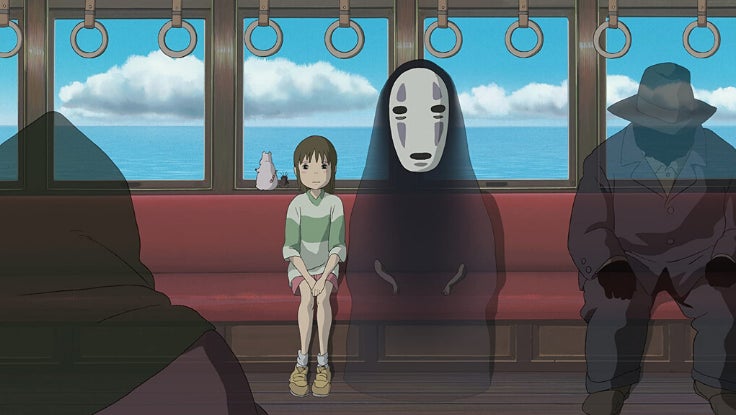 Additionally, pre-existing DC Universe shows, like Harley Quinn, Doom Patrol and Titans, will show up on Max, though details are still forthcoming since DC currently offers these shows on its own streaming platform. And, if that animated content excites you, this news might as well: A selection of as-of-yet-unannounced anime offerings, curated by Crunchyroll, will rotate quarterly on the WarnerMedia-backed platform.

And, you know, all of those HBO originals you’ve known and loved for almost three decades. Plus, anything WarnerMedia owns will eventually end up on HBO Max. The CW’s new shows, like Riverdale spin-off Katy Keene and Batwoman, will be ready from the jump, while older shows, like Riverdale and Supergirl, will show up once pre-existing licensing agreements run out. As far as big-name movies go, HBO Max has already announced a few key franchises, including: the Matrix trilogy, The Conjuring movies (and all those spin-offs), The Lord of the Rings trilogy, The LEGO movies, Gremlins movies, Joker, The Wizard of Oz (and other MGM classics), every Batman and Superman movie from the last four decades and Studio Ghibli’s complete library. The magic does end there: After Universal's exclusive streaming rights to the Harry Potter and Fantastic Beasts films expire in 2025, HBO Max hopes to be the new home of the Warner Bros. property.

Other Need-to-Know Basics About HBO Max

If that’s not enough information to satisfy your HBO Max curiosity, we do have a few more nuggets to share. First of all, you can download HBO Max content for offline viewing, a la Amazon Prime’s video service. Second, the platform will allow for parental controls and customizable (and shareable, to some extent) profiles, and it will present content in brand-based "hubs," like Disney+ does. Third, the landing page will feature picks from notable HBO-aligned stars. Ever wonder what Barry star Bill Hader’s vibing with on HBO? Wonder no longer. 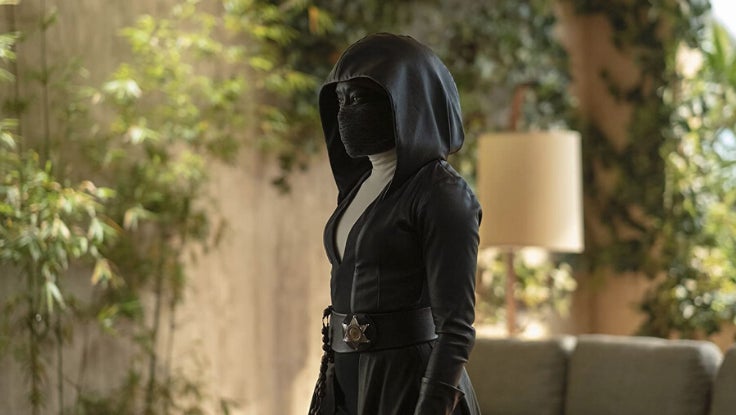 With tech and entertainment giants launching their own streaming platforms and subscription-based services, it’s not surprising that a monolith like HBO would try and get in on the action. Nonetheless, in the last six months, we’ve seen everyone from Disney to Apple to Quibi try and get a piece of Netflix’s 167 million worldwide subscribers. There might not be a middle ground in this "game of thrones," but, even if competitors can’t dethrone Netflix, there seems to be some middle ground in this battle. Sure, The Great Streaming Wars (patent pending) will certainly have casualties; however, despite a higher price-point, HBO Max seems set up to succeed — and with flying colors.