Are the 2010s the Last Decade of Celebrity Worship? 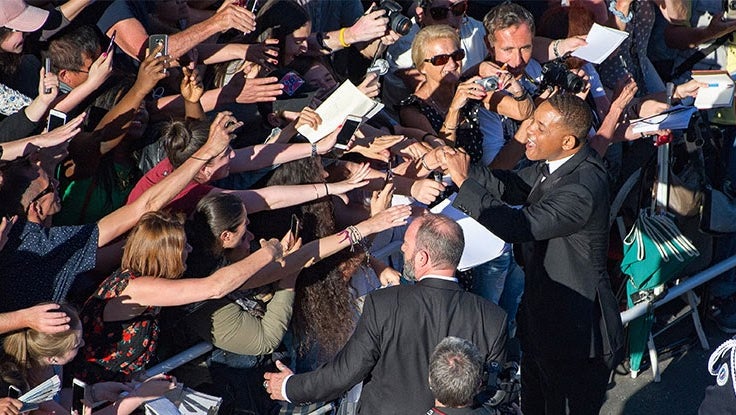 In the 2010s, social media gave everyone the chance to be famous. The human/brand hybrids referred to as "influencers" amassed millions of followers on YouTube and Instagram by telling us how to look, how to eat and how to find happiness. But even mere mortals got to experience widespread approval with Facebook likes, Instagram followers and retweets. So what happened to celebrities?

Don’t get me wrong; celebrity fandom was still in full effect. Blogs posted paparazzi pics of the famous walking down red carpets and to court dates. Records were broken by athletes, tween pop stars and reality TV royalty for having the most followers online. And "stan" accounts flooded journalists’ email inboxes if they dared to criticize their favorite stars. But change was in the air.

The age of the untouchable celebrity was coming to a close. Documentaries, cancel culture and independent journalism exposed many notable ne’er-do-wells for their behavior. We also broadened our tastes with streaming services that provided endless numbers of programs with actors from all walks of life. So who will we pay attention to in the 2020s? The answer is complicated. Social media threw celebrity culture off course for sure. But as our old idea of celebrity may be waning, the next wave has the danger of going full-tilt Andy Warhol.

In the 19th century, the newspaper was in control of spreading the news, so people had to game the system to stay relevant. Oscar Wilde, the eccentric playwright and poet, was adored in the papers thanks to his flamboyant behavior and style. The same goes for French actress Sarah Bernhardt, who knew how to make headlines by working with editors to stage bizarre photoshoots like posing from inside a coffin. Trust me, it was quite the scandal in 1879. 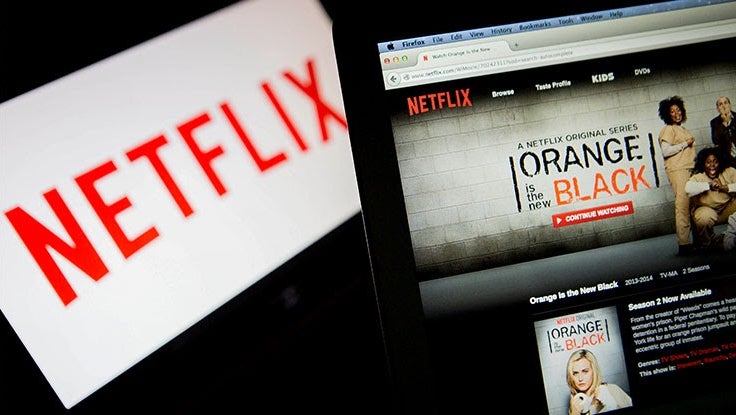 But in the 2010s, the masses no longer worshipped one person because there were more choices for information and content than ever before. Thanks to streaming, there were myriad choices in movies, music and TV shows — so many that the age of "Must See TV" vanished. Viewership and interest in Hollywood’s self-congratulatory award shows like the Oscars or Grammys were in freefall since it felt invaluable to rank only a few examples of what was made throughout the year. And with reality TV and SoundCloud, nobodies were able to capture our attention and the Billboard charts without the need for the Hollywood machine.

Being Famous Was Easier Than Ever

Traditional media aside, YouTube, Vine and Instagram let fame seekers and influencers post their own content for the world to discover. The internet equaled the playing field for common people and celebs through social media. Was it worth it to follow your favorite celebs on TikTok? Why bother, when you can join the millions of people who can’t get enough of a 16-year-old waiter from New Jersey who posts clips of himself dancing in his bathroom mirror. 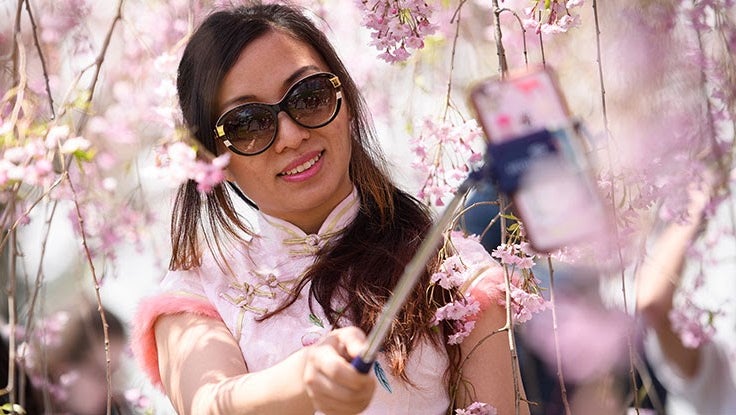 A further sign of the times, watching TV or heading to the movies was falling out of style. The Pew Research Center revealed in 2018 that teenagers used YouTube more than Instagram, Snapchat or any other social media site. That’s likely due to the uptick in influencers, reviewers and entertainers appealing to specific communities and their more diverse interests. There’s a "famous person" online for whatever interest you may have: ASMR, makeup, unboxing, etc..

But younger generations seeking micro-fame through social media are facing more challenges to their mental health as a result. Studies show Millennials and Gen Z are feeling more lonely and more anxious and have much lower self-esteem, all symptoms scientists attribute to social media use. And those aren’t the only risks for anyone clouded by social media fame-seeking. Being a celebrity in the 2010s came with many more challenges.

The Decade of Accountability

In the Golden Age of Hollywood, celebrities were looked upon as god-like creatures. They were idolized for their beauty and good behavior. In reality, they had really good publicists and hid from the public whenever necessary. That’s because the public’s approval can easily sway with just one story. Oscar Wilde, once beloved for his colorful self-expression, faced public scrutiny and ridicule after being arrested for "gross indecency." 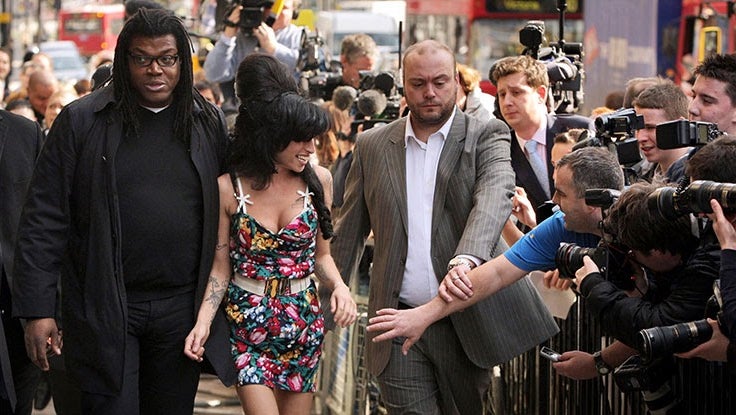 But in the 2010s, the public took control back from celebrities who abused their star power. Harvey Weinstein, Louis C.K., Kevin Spacey, Matt Lauer and many other celebrities were held accountable for their awful behavior after victims spoke up as a result of the #MeToo movement. Documentaries like Leaving Neverland and Surviving R. Kelly exposed major music moguls Michael Jackson and R. Kelly for their histories of sexual abuse. Even fame-obsessed musician Kanye West got a taste of social media’s ever-present cancel culture after lambasting the very communities he once spoke on behalf of.

The celebrities were humanized, held accountable and could no longer abuse others. But even if they did behave, the public’s critiques and access to their personal lives left many in the public eye rattled by the exposure. Being a celebrity was far more dangerous as a result, and the pressures took the lives of Amy Winehouse, Avicii and Mac Miller, among many others.

Is Celebrity Worship Over?

So what will happen to celebrities in 2020? Are we done lifting people up to a celebrity-worship status where they can do as they please? We’re consuming content that speaks to individuals more and uniting less for once-universally engaging events. No real trendsetters dictate the entire cultural conversation anymore, so we may be moving away from the age of celebrity worship. People simply don’t have the luxury of time to distract themselves with celebrity culture and fandom. 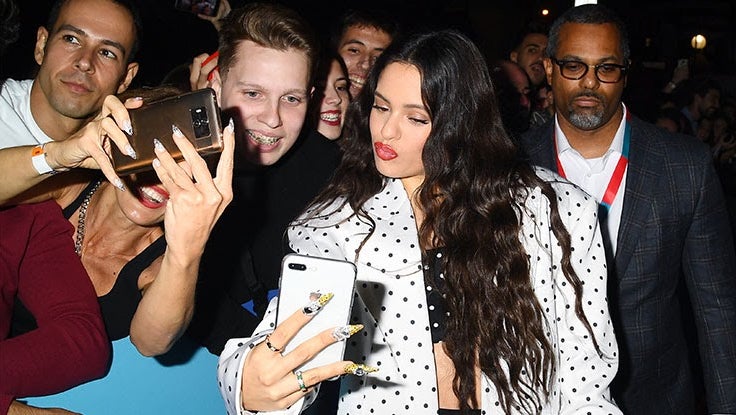 That’s not to say that people still don’t get a kick out of notable people; they may just be looked at as more of a novelty. For example, Cameo is a young website that lets fans book personalized video messages from their famous favorites for prices ranging from $10 to $2,500, depending on the stars’ level of desperation. But every time a new medium has rolled out, culture philosophers have wrongly predicted the end of celebrity.

If the 2020s follow suit, "global stars" with appeal that goes beyond Western culture could be the future. Rosalía, the professionally trained flamenco singer from Barcelona, is poised to dominate the music world beyond the Spanish language by blending classical music with reggaeton, pop and R&B. Hollywood is following, too. With 2012’s Amour, 2018’s Roma and 2019’s Parasite, the movie industry is slowly reaching beyond Tinseltown to praise the works of more global, universally relatable filmmaking. Perhaps what the future holds will be a collection of more socially conscious global tastemakers who have a knack for self-promotion but know when to step out of the limelight. Only time will tell.