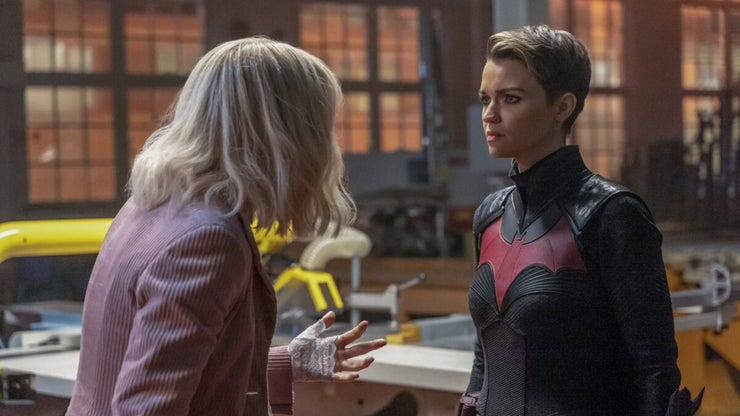 Batwoman is the newest addition to The CW’s "Arrowverse" — a robust collection of intersecting DC Comics shows that include Arrow, The Flash, Legends of Tomorrow, Supergirl, Black Lightning and a few web series. The show stars Australian actor Ruby Rose as Kate Kane, a.k.a. the titular vigilante. In this iteration, Kate is Bruce Wayne’s cousin who returns to a Batman-less Gotham and decides to don (her version of) the iconic suit.

So, what was Kate up to before her stint as the caped crime-fighter? We learn that Kate was off finding herself after she and her ex-flame Sophie Moore — who now works at Kate’s father’s high-end Gotham security firm, the Crows — were kicked out of a military academy during the era of "don’t ask, don’t tell." Right out of the gate, the show doesn’t shy away from Kate’s queerness, which dates back to a 2006 run of the Batwoman comics in which Kate is a lesbian of Jewish descent. At the time, Out Magazine asserted that "Batwoman [was] the highest-profile gay superhero to ever grace the pages of DC Comics."

That fact, of course, made casting the character all the more important. When it was announced that Rose, who self-identifies as "fluid in [her] gender, but also [as] a lesbian," was chosen, fan reactions were mixed: Some felt Rose wasn’t "gay enough" to don the mantle (nor is she a Jewish person), while others complained that the show would "pander" to the "social justice warrior agenda," thus turning off more conservative viewers. But when Batwoman premiered in the fall of 2019, it became The CW’s most-watched series premiere since Black Lightning’s January 2018 debut.

The fact that Kate’s queerness didn’t impact the show’s initial reception is probably not surprising to longtime Arrowverse viewers, who have become accustomed to increasing LGBTQ+ representation in the DC-based shows since Arrow’s 2012 debut. While there have been quite a few landmark moments, another that stands out is the introduction of Sara Lance (Caity Lotz). Sara is perhaps better known by her White Canary moniker, or as the captain of the Waverider, a ship that allows her rag-tag team of heroes to travel through time. 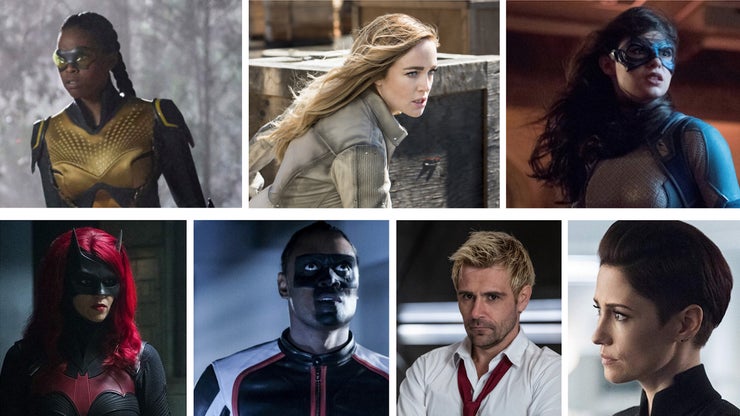 The trained assassin is also canonically bisexual, a fact that’s made all the more important because she is Legends of Tomorrow’s protagonist — not just a sidekick. Although Sara was featured on Arrow, she became a real star when Legends debuted in 2016, paving the way for The CW’s queer characters to not only helm shows and be heroes, but to experience narrative arcs that didn’t just revolve around coming out, or other tropes.

Uncanny Metaphors to Marvel At

Superhero narratives have long been rife with metaphors about queerness: A soon-to-be-hero discovers some latent power, something new about themself, and learns not only to accept this new self-discovery, but to have pride in it — to declare it. (Like, you know, "I am vengeance. I am the night. I am Batman." Very declarative.) These superhumans often hide their identities or keep secrets as a means of preserving their safety and privacy.

A few superhero narratives make the metaphor even more apparent. Although it’s not always perfect, Marvel's long-running X-Men series is often read as a queer text. Unlike other big-name Marvel superheroes who are suddenly transformed into powerful beings, X-Men’s mutants are born with their unique traits or powers. Like other heroes, mutants struggle with (self-)acceptance and shame, but, more often than not, they must also find safety and acceptance within their chosen families, all while facing threats from oppressive political systems and society at large. Non-mutants fear the X-Men and their mutant kin — often these non-mutants threaten to "cure" the X-people of their innate qualities or attempt to hunt them down or imprison them.

This strikes a stark contrast to other heroes in Marvel’s canon — especially the magically or scientifically altered ones — who are celebrated for their traits and their propensity for saving the day. This month, Batwoman’s mid-season premiere, an episode titled "How Queer Everything Is Today!," pushed the dial even further.

This mid-season premiere takes place after the mega-crossover event that saw all of the Arrowverse heroes traversing time and space in an epic team-up. In an effort to avoid spoilers, we’ll just say Kate Kane found out that her cosmic destiny was to be the "Paragon of Courage" — a fancy way of saying her bravery defines her. In the aftermath of this discovery, Kate grapples with whether she’s as courageous as the fates believe. The fact that she saves a handsome police officer — who publicly tries to kiss her, thus causing all of Gotham to assume they’re romantically involved — doesn’t help matters. 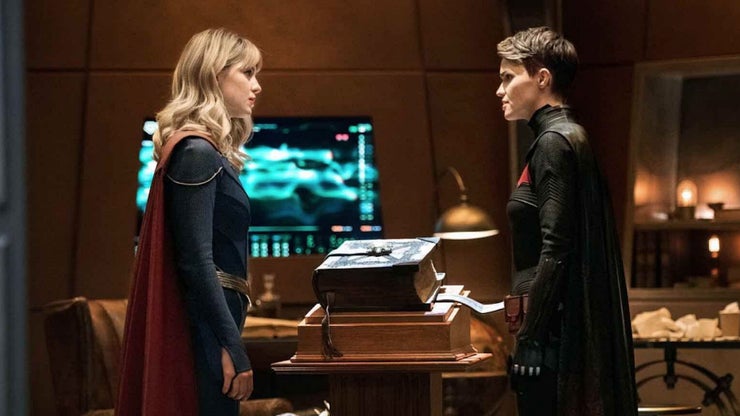 "Whenever I put on this suit," Kate laments, "I feel like I’m lying to our entire city… I live in shadows, I wear a disguise and I let people believe that I’m dating [that police officer]. What part of that is courageous?" Of course, divulging Batwoman’s queerness to Gotham could also inadvertently reveal she’s Kate Kane. But, after meeting a queer teen whose parents don’t accept her, Batwoman decides that being a visibly queer superhero could help others struggling with their identities. In the end, Kate comes out publicly in a magazine interview, which is written by her super-pal Kara Danvers, a.k.a. Supergirl (Melissa Benoist).

Why is Batwoman’s cover-story turn so important? In an article centered on bisexual hero John Constantine, The Atlantic’s Peter Nagy writes that the "trope of heroic self-revelation is alluring because it romanticizes the idea of an authentic, clearly defined, hidden self. It is, in a way, a coming-out metaphor—one that suggests a hero’s ultimate goal should be to uncover and better understand who he or she really is." By having Kate stand by her truth — both in her personal life and as a superhero — the show is fully embracing that metaphor, that link between queer identity and struggle and the struggles of these fantasy heroes.

This act illuminates the connection for straight and/or cis viewers, but, more importantly, it holds space for queer viewers and allows them to see even more of themselves reflected — and no longer just in the subtext. As the first superhero live-action TV series to feature a gay or lesbian title character, Batwoman has a lot to shoulder. However, this episode shows that Kate Kane (and The CW’s showrunners) have the wherewithal to continue to do right by LGBTQ+ fans.