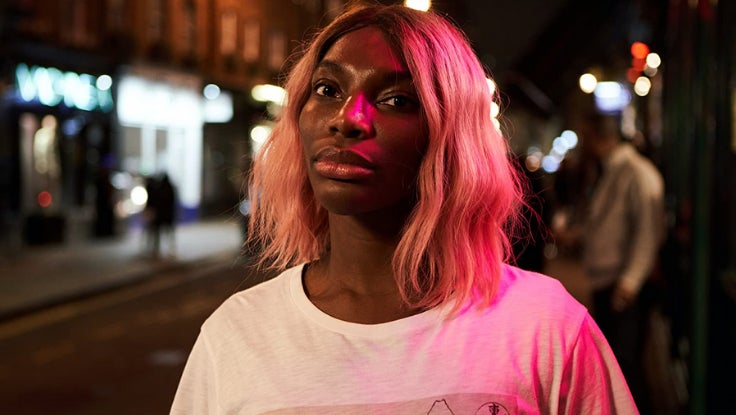 Michaela Coel is best known for creating I May Destroy You, one of the most important and mesmerizing TV shows of the summer. Offscreen, the creator, writer and star of the HBO hit fought for ownership of the show’s copyright. Meanwhile, onscreen, her very personal project depicts the modern-day challenges faced by women, people of color and survivors of sexual abuse and pushes boundaries by being raw and truthful.

Looking at Coel’s success, it’s easy to believe she has been writing and acting her entire life, but she was actually committed to pursuing a completely different career path before unleashing her creative side. Find out how Coel burst onto the scene and became a rising star determined to leave her mark on the entertainment industry.

Before Michaela Coel became a breakout star, she was a devoted Christian, committing her mind, body and soul to God when she was 18. Inspired by the Bible’s Psalm 139, she soon wrote her first poem. Whenever she channeled her natural flow while writing, it was like something larger than life took over her senses. "I can’t name what that is, because I’m never going to know," Coel told Vulture. "I open myself up as a vessel for the story to come through." 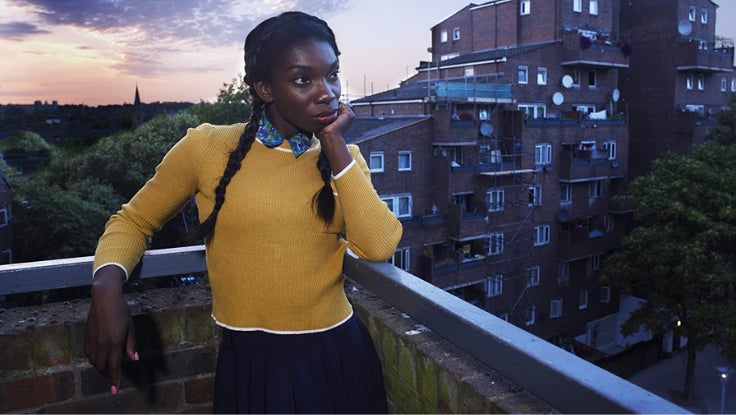 As her passion for writing took off, she shared her work at open mics and performed at London clubs as Michaela The Poet. Eventually, she met a playwright who changed her life by encouraging her to pursue acting classes. Soon enough, she traded her devout Christian practices for the next chapter of her life: attending the Guildhall School of Music & Drama.

Toward the end of drama school, Coel created a graduation project called Chewing Gum Dreams, a poem about dreams dropping like candy and getting stuck in pavement "like chewing gum." The idea gradually grew into a 10-minute play — and then a 45-minute show, which had her portraying 11 characters. 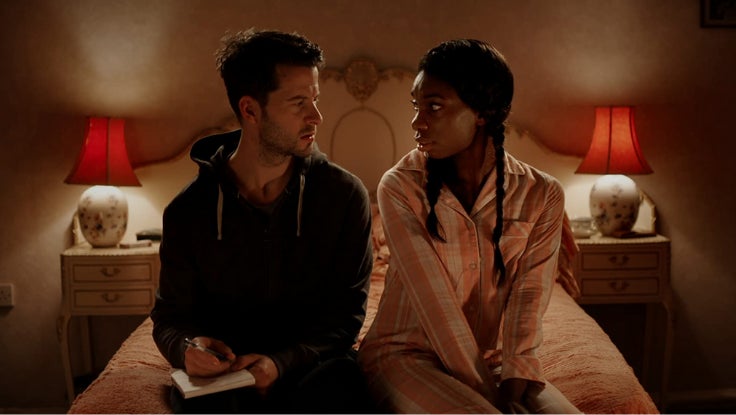 A few years later, the 26-year-old Coel was approached by media company execs who wanted to turn Chewing Gum Dreams into a TV show (without "dreams" in the title). The writer didn’t hesitate to say yes. If you’re unfamiliar, the show is about a young woman willing to do whatever it takes to lose her virginity. Coel pulled the story from the religion-heavy time in her life, a period when she had a confusing relationship with celibacy. Not only was Coel the writer of the show, but she also became its star, quickly winning over viewers in the U.K. and earning two BAFTA awards. Soon after, Netflix came knocking, hoping to bring the show to American audiences. It was an automatic hit.

However, Coel’s success didn’t come without challenges. First, she was denied a role as an executive producer on the project. Additionally, five Black cast members were forced to share a packed trailer, while a white actor received her own personal trailer. When Coel pointed this out, the production team provided more trailers, but this wouldn’t be her last battle in the entertainment industry.

Coel Rejects a Massive Deal for a Good Reason

Netflix was thrilled with the success of Chewing Gum, so it offered Coel a whopping $1 million for her next project on the spot. That’s a lot of money, but she turned down the deal after the streaming giant denied her request for any share of the show’s copyright. (Netflix wouldn’t even give her 0.5%!) After a frustrating negotiation process with Netflix, a senior-level development executive told her, "I just want you to know, I’m really proud of you. You’re doing the right thing." 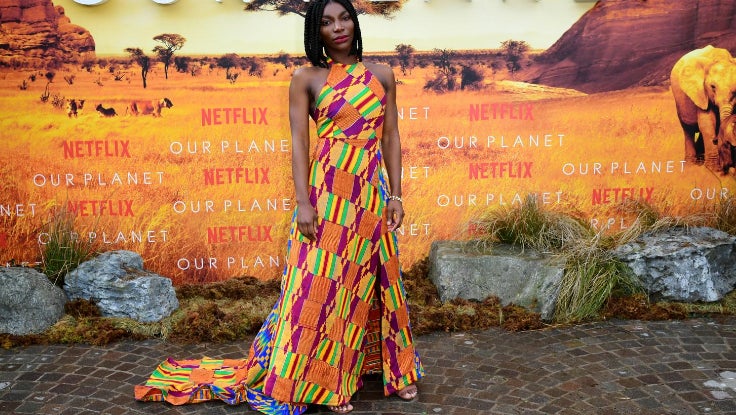 While it was the right thing, the decision also made for a lot of uncertainty, so Coel took her business elsewhere. This turned out to be a smart move; her follow-up project became a massive hit. When Coel pitched I May Destroy You to the BBC, it was love at first sight for the broadcaster. The best part? The company gave Coel full creative control. (Take that, Netflix!) In the U.S., HBO heard about the pitch and wanted to get in on the action too.

“I May Destroy You” is Based On a Real Painful Experience

If you haven’t watched it yet, I May Destroy You is a show about a woman who is drugged, sexually assaulted and then driven to investigate exactly what happened, all while reassessing her life. The shocking story is based on Coel’s own sexual assault, a life-changing moment that occurred during her time working on Chewing Gum. 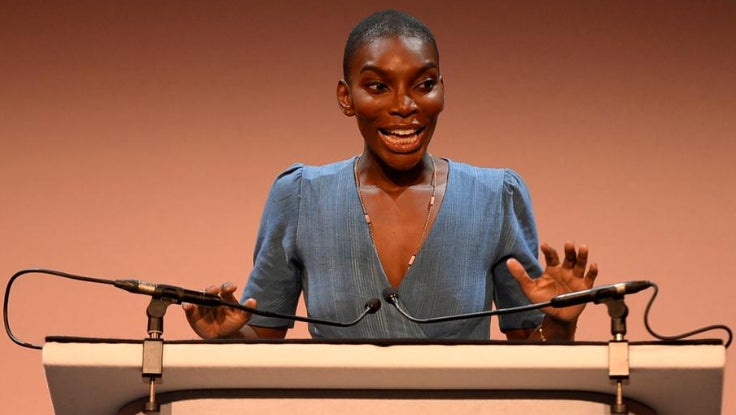 Coel spoke about the assault for the first time at the 2018 MacTaggart Lecture, publicly exposing the hardships she faced as a writer and survivor following the assault. When she told the production company staff about the sexual assault, the team didn’t let her take more time writing the latest script; they actually pressured her to finish it by the deadline.

Eventually, the production company agreed to push the deadline back and pay for Coel’s therapy sessions. Although I May Destroy You is mainly based on Coel’s sexual assault, it also considers accounts from other people who had similar stories. Her incredible speech forced folks to take a hard look at the rampant disrespect and abuse that plagues the entertainment industry.

Why Is “I May Destroy You” So Groundbreaking?

Coel boldly tackles sexual assault in I May Destroy You, helping audiences understand what acts are considered nonconsensual and just how deeply rape culture runs in our society. The show also explores how survivors reflect on experiences that are mentally and emotionally traumatic, and how race and racism — from internalized racism to racist microaggressions — connect to and cause trauma. 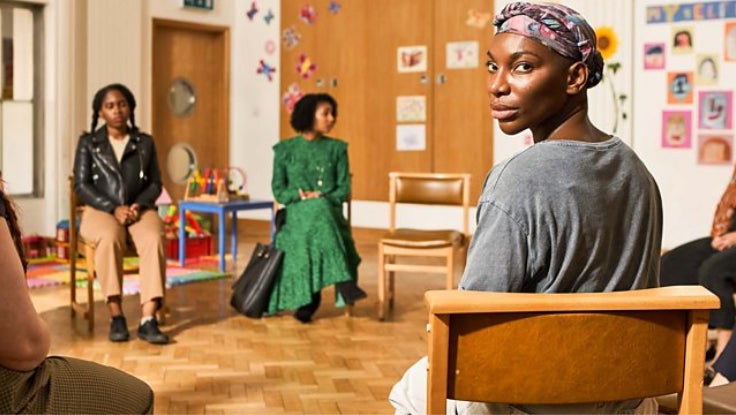 Although the show sounds more like a drama, Coel finds a way to blend comedy and tragedy without making serious issues any less significant. The show’s on-screen portrayals of these heavy topics are things we rarely see on TV — so the fact that these stories are even being told makes I May Destroy You groundbreaking.

Saying that Coel gave a lot of thought to I May Destroy You is an understatement: She wrote 191 drafts of the show by herself. Working on the project made her think about her life and people from her past, all of which led her to make amends with former lovers and come to terms with her painful childhood. She developed the show as a way to resolve unanswered questions from her own reality, but, in the end, Coel also became a real force to be reckoned within the entertainment industry — and she’s just getting started.