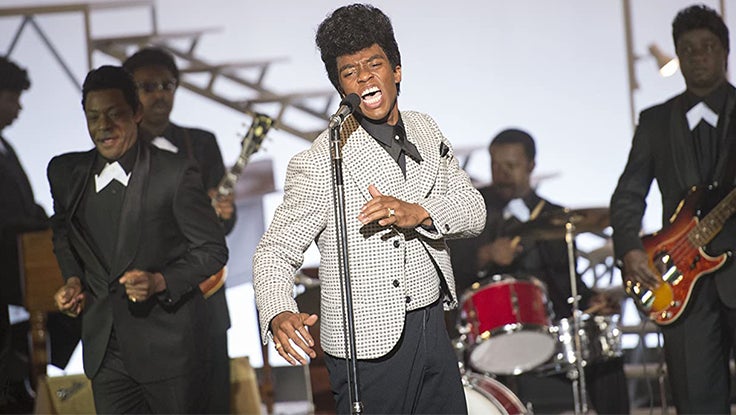 Get up offa that thing and dance 'till you feel better! Watching a music biopic is a great way to honor music icons and the actors who played them. Celebrated actors like Chadwick Boseman and Jennifer Lopez expertly portray heavy hitters like James Brown and Selena, all while bringing the feels (with incredible soundtracks to boot).

With the untimely passing of Chadwick Boseman, let's honor some of our most beloved entertainers by watching the tales of Selena Quintanilla-Pérez, Ritchie Valens and other legendary innovators.

La Bamba tells the story of rockstar Ritchie Valens, whose career and life were cut short due to a plane crash. The Chicano singer famously turned "La Bamba," a Mexican folk song, into a rock and roll banger. An unexpected part? He was only 17 years old when this all happened. 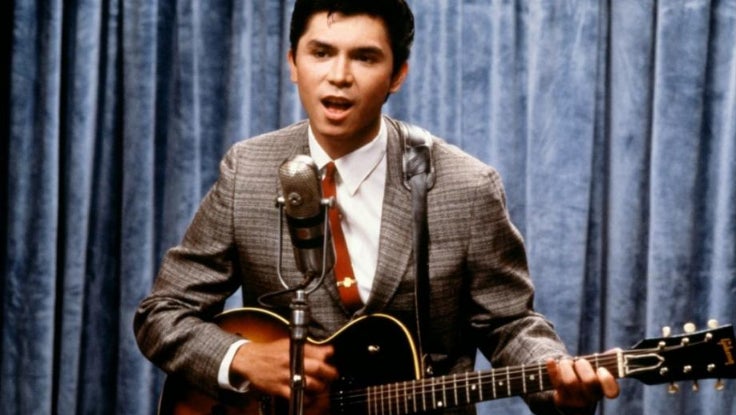 Actor Lou Diamond Phillips shines as Valens in the film, which inspired me to start playing guitar with my broom. Many aspects of the movie grabbed my attention, from Valens’ complicated family dynamics to the race issues that affected his life. The cast did such a fantastic job of expressing grief that I couldn’t stop myself from tearing up during the tragic ending.

Produced by former members of N.W.A., Straight Outta Compton is the biography of the hip-hop icons. Before the film was released, I remember seeing it take over the internet and sweep pop culture — and for good reason. The N.W.A. made a long-lasting impact in hip-hop, inspiring many rappers today. 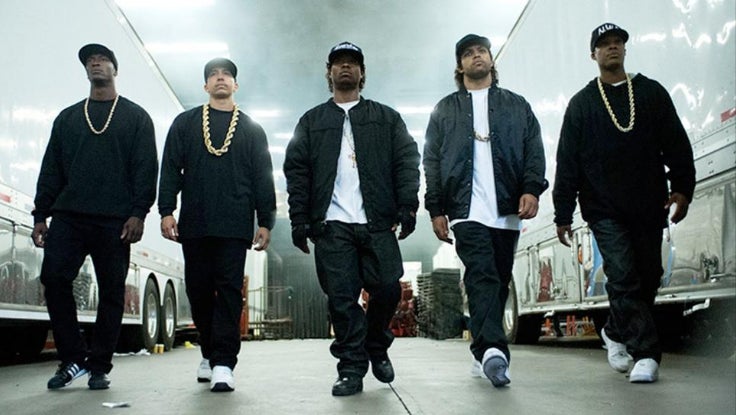 The movie takes viewers back to the early days of N.W.A, who rose to prominence with their electrifying performances and controversial songs about police brutality that still resonate today. Despite a group of unknown actors portraying the rappers, they swept me away because the acting felt so authentic. My eyes were glued to the screen because every minute was exciting, with equal amounts of funny and serious moments. However, most importantly, it gave me a history lesson on hip-hop while staying relevant to today’s social problems.

This biopic recounts the tragically short but incredible life of Selena Quintanilla-Pérez. Jennifer Lopez is breathtaking as Selena, so it was hard to believe this was her first leading role. She’s such a natural and won me over, especially during the concert scenes. 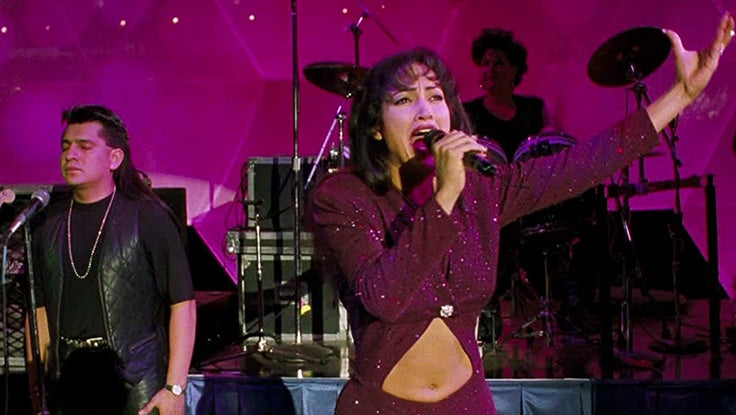 I liked that the movie showed how she captured the hearts of millions with her sweet and rebellious attitude — it felt easy to relate to her in many ways. This coming-of-age film also shows off music and ‘90s fashion that made me burst out in song and strut down the hallway. After watching Selena, it was hard to get the songs out of my head. Does anyone else start singing "Dreaming of You" whenever they look up at the moon?

The studio assembled the perfect cast to deliver Ray Charles’ story. Portraying the legend himself, Jamie Foxx earned a well-deserved Oscar for his performance. And the film just would’ve have been the same without the rest of the powerful team, which included Scandal star Kerry Washington, Clifton Powell and Regina King. 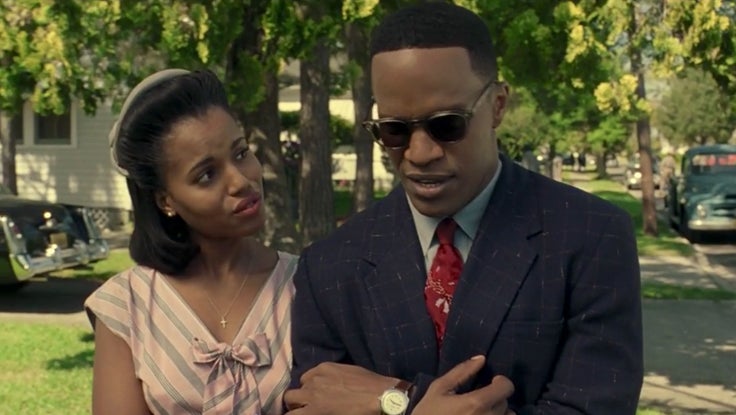 Packed with heart and soul, Ray gives us a behind-the-scenes view on the singer losing his sight as a child but overcoming adversity and eventually securing his rightful place as a piano legend and soul-music pioneer. I was impressed with the way Charles innovated music genres by combining R&B, gospel and jazz — it really shows he was a music daredevil. I was also mesmerized by the film’s performances and how they transported me to the 1950s and ‘60s.

Get On Up gives us a look at the life of James Brown and the moments that made him one of the most iconic (and notoriously wild) singers in history. The film is worth your time for Chadwick Boseman’s legendary performance alone, which deserves at least 10 Oscars. The late Boseman portrays the Godfather of Soul so flawlessly that you’ll ask, "James Brown, is that you?" He walks, struts and dances like Brown "to a T." 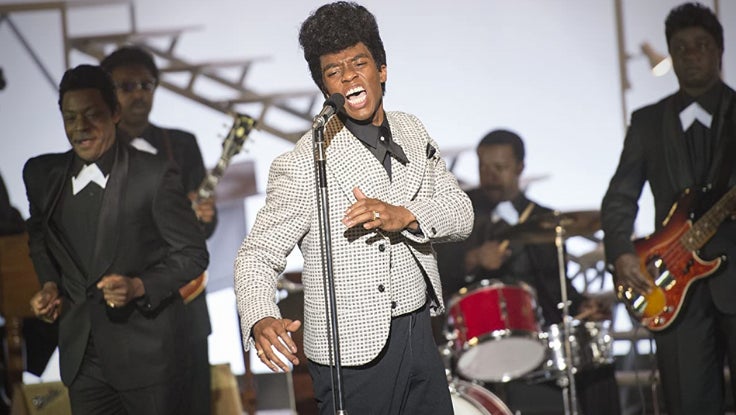 I was excited to watch it and learn about the man who inspired other legends like Mick Jagger and Michael Jackson. This movie establishes how monumental and beyond-his-era James’ contributions to music were. It was also refreshing to see the dark side of the singer’s life, from his childhood to his rougher moments in show business. Get On Up was one hell of an adventure, yet it had me screaming for an encore.