Even with the red carpets rolled up, the stars hunkered down at home and the options for big parties nonexistent, we’re still in the midst of awards season.

And the grandest event of them all is the Academy Awards. The Oscars will be celebrating its 93rd edition this year. But, like pretty much every other event that’s had to implement big changes while there’s a pandemic going on, the Academy Awards will be quite a bit different from what we’ve seen in years past.

Wondering what to expect this year from what’s typically one of the most-watched red carpet events around? Here’s everything we know so far about how Hollywood will honor the biggest movies of 2020.

Editor’s Note: This story will be updated with new information as we get closer to the Oscars’ celebration date and new announcements are made by the Academy.

When Are the 2021 Oscars Happening?

The 93rd Oscars will air Sunday, April 25, 2021, on ABC. The Oscars were initially planned to take place on February 28, 2021. Traditionally, the ceremony has been held in February or during the first weekend of March at the latest. The postponement announcement was made by the Academy on June 15, 2020, after months of theater closures and an ever-changing movie-release schedule. 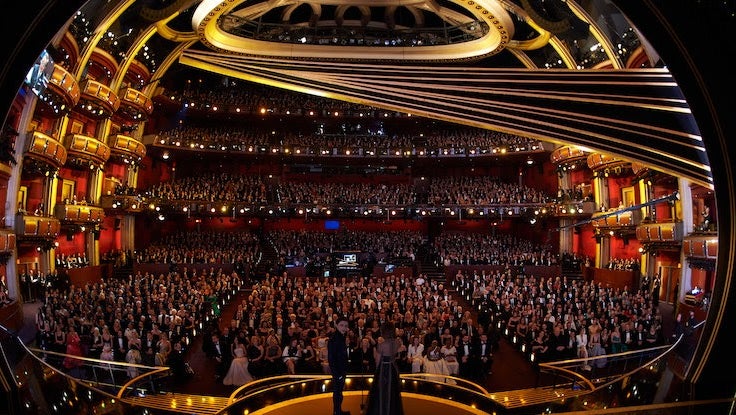 The new April date gives studios more time to release their movies. This year, films will be eligible for the 93rd Oscars if they were released between January 1, 2020, and February 28, 2021. In previous years, that closing date was in December of the same year as the start date.

The new telecast date also implied changes for the date of the nominations announcement, which will now take place on March 15, 2021. (In the meantime, here are some names we’d love to see included among the nominations in the Best Director category.)

The new eligibility and airing dates weren’t the most significant changes the Academy had to make this year to keep the Oscars moving forward. 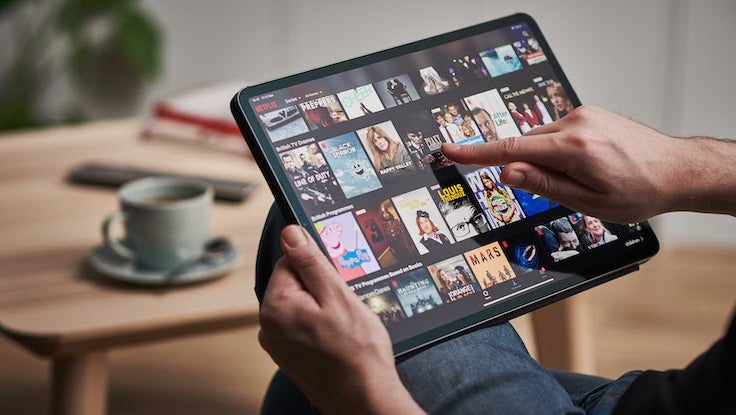 The countrywide closures of movie theaters made it almost completely impossible for films to be released on the big screen. This is why films released directly to streaming platforms or video on demand will also be eligible for the Oscars. "Until further notice, and for the 93rd Awards year only, films that had a previously planned theatrical release but are initially made available on a commercial streaming or VOD service may qualify in the Best Picture, general entry and specialty categories for the 93rd Academy Awards," the Academy notes among its rules and regulations.

That doesn’t mean every single movie released on Netflix will be eligible for an Oscar nomination — only those that had previous plans for theatrical distribution like Roma, The Irishman and Marriage Story had in previous years. But several Netflix titles could be potential contenders in different categories this year — like Mank, Pieces of a Woman, Ma Rainey’s Black Bottom, The Trial of the Chicago 7, Da 5 Bloods, The Prom and Malcolm & Marie.

The exceptionality of events could certainly help cement the weight of not only Netflix but also Amazon Prime Video and other streaming services in the prized awards competition. Amazon has a smaller slate of eligible films than Netflix, but among them are some heavy hitters like One Night in Miami and Sound of Metal.

What Are the Oscars Actually Going to Look Like?

This may be the biggest unknown because no information has been made public about it yet. The Academy could decide to go in a similar direction to that which the Television Academy took with the Primetime Emmys last September. 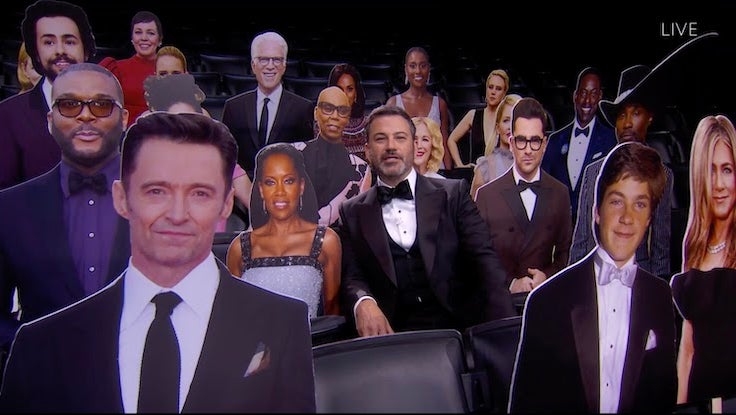 Host Jimmy Kimmel was alone at the Staples Center in Downtown Los Angeles, save for some very socially distanced presenters and the technical crew. There were no attendees; awards recipients connected virtually and were either at their homes or in small, private, COVID-compliant parties. The Schitt’s Creek team hosted a small watch party in a glass pavilion in Toronto after having been tested and in isolation before the event. Watchmen’s showrunner Damon Lindelof hosted all the writers of the show at his home. They were all tested, bubbled and quarantined before the Emmys.

Emmy recipients accepted their awards remotely, and even though the Emmys’ Zoom Edition may not sound like the most glamourous thing, it worked.

That formula may prove difficult if the Academy tries something similar. Last year, Oscars organizers decided to forego the figure of the host altogether and rely on having multiple different presenters introducing the various award categories and other sections of the show. But this year things could change with the election of a host, like in previous editions.

In any case, one thing is clear: We’ll have to resign ourselves to an Instagram — and definitely homey — red carpet.