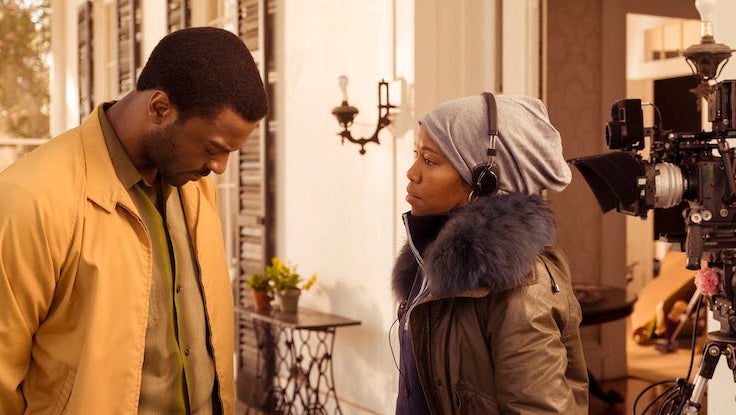 Women directors’ history with the Oscars is fraught with missed opportunities. Only five women have ever been nominated in the best director category: Lina Wertmüller (Seven Beauties, 1977), Jane Campion (The Piano, 1994), Sofia Coppola (Lost in Translation, 2004), Kathryn Bigelow (The Hurt Locker, 2010) and Greta Gerwig (Lady Bird, 2018). Bigelow is the only woman to have won an Academy Award as a director.

Of course, the Oscars aren’t the only Hollywood-adjacent instance of the imbalance between female and male directors. According to a report from the educational initiative Women and Hollywood, women made up for 51% of moviegoers in 2018. Yet only 10.7% of the directors from the 100 grossing films of 2019 were women.

Things are slowly starting to change after Hollywood has been facing pressure over its lack of inclusion and diversity, but there’s still a long way to go. And that’s evident when considering the small number of women directors who’ve been recognized with one of the most distinguished distinctions in the profession.

Even last year, when awareness of the importance of heterogeneity was already a key part of the zeitgeist, the Academy managed to rebuff women directors once again, most notably with the absences of Lulu Wang for The Farewell and Gerwig for Little Women among the nominees. Although Gerwig did receive a nomination in the Best Adapted Screenplay for Little Women, The Washington Post and other outlets acknowledged this as a "snub"

But could things start to really change this year? The conversation about two women, in particular, is gaining momentum, leading many to wonder whether women directors will finally earn some well-deserved recognition from the Academy.

Regina King is enjoying some undeniably good months. She won an Oscar in February of 2020 for her supporting role in Barry Jenkins’ If Beale Street Could Talk and an Emmy in September of 2020 for her lead role in HBO’s limited series Watchmen. 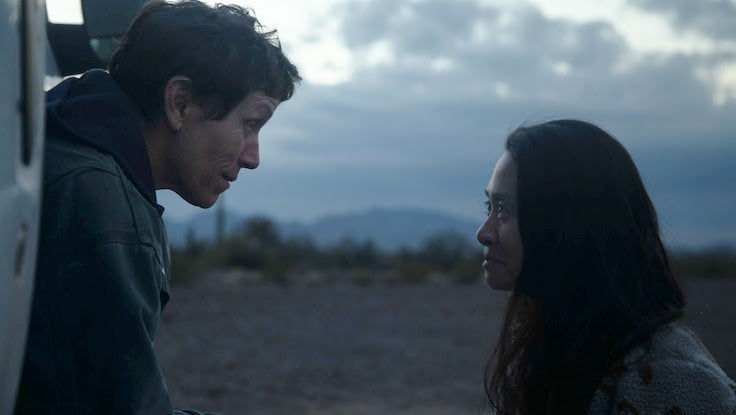 With One Night in Miami, streaming now on Amazon Prime, King makes her debut as a feature film director. The movie is a fictional account of a real night in 1964 during which activist Malcolm X, boxer Cassius Clay, musician Sam Cooke and football player Jim Brown have a slew of meaningful conversations about what being a successful Black man means. The film is based on a theater play by Kemp Powers, who also wrote the script, but it doesn’t feel theatrical thanks to King’s decisions as a filmmaker. It’s a powerful, timely tale about race, ambition and the history of this country.

Nomadland is already amassing recognition. The movie, which opens February 19, won the Best Feature award at the Gothams, as well as the People’s Choice Award at the Toronto International Film Festival. And awards season has just gotten started. Nomadland stars Frances McDormand in another award-worthy performance from the Fargo leading actress. Here, McDormand plays Fern, a woman in her 60s forced to live in her van and become a vehicular nomad in search of work. It’s a soul-soothing movie that shows the uncomplicated beauty of salmon-pink Arizonian sunsets and that makes the viewer long to be in sync with nature. But it’s also a portrait of some of the bleak economic realities faced by many Americans.

You might know Emerald Fennell as the face of Camilla Parker Bowles in the third and fourth seasons of The Crown, but the British performer is also a writer, producer and director. Fennell, a longtime friend of Fleabag’s Phoebe Waller-Bridge, took over showrunning duties on Waller-Bridges’ show, Killing Eve, for season two. 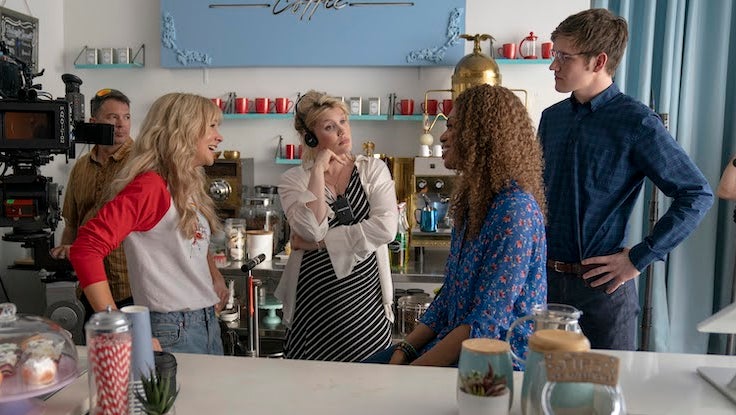 In Promising Young Woman, which she also wrote, she makes her directorial feature debut with a piercing story. Carey Mulligan plays Cassandra, the "promising young woman" in question. Cassandra’s future was derailed at college by a traumatic event. She now lives a double life, trying her best at preying on the type of men who prefer to pick up vulnerable drunk women at bars.

The film, which debuted at Sundance in 2020, is garnering the type of positive buzz that could earn its director and starring actress some Oscar nominations.

Perhaps less ahead in the game — but definitely also in contention — are a slew of other filmmakers. Sofia Coppola (Lost in Translation) wrote and directed the screwball comedy On the Rocks, starring Rashida Jones as a New York-based writer who suspects her husband is cheating on her. Bill Murray plays her father — and the person who persuades her to spy on her husband. 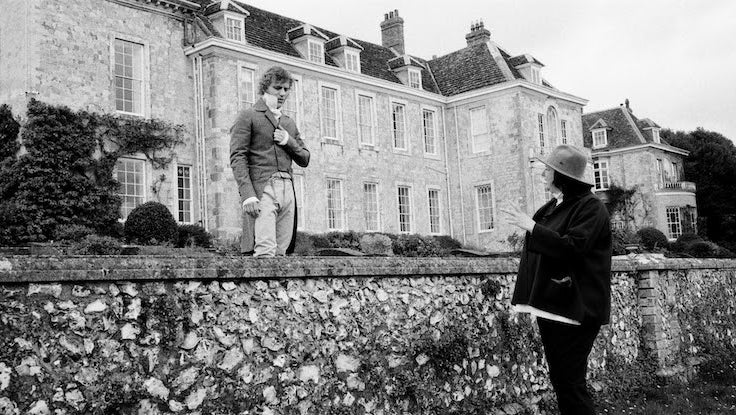 Eliza Hittman also doubled as writer and director with Never Rarely Sometimes Always, an intimate road movie about two teenagers who travel from rural Pennsylvania to New York City so one of them can get an abortion. It’s a story about female friendship, determination and the right to choose, but it also plays like a nail-biting thriller that keeps you on the edge of your seat.

Kelly Reichardt (Wendy and Lucy) co-wrote and directed First Cow, a tale about the unlikely friendship between a cook and a Chinese immigrant seeking fortune in Oregon in the 1820s. Together, they end up embarking on a business venture that embodies American entrepreneurship at its most creative.

And then there’s Autumn de Wilde’s new take on Jane Austen’s classic novel Emma. One might think there’s not much de Wilde could have brought to a story that’s been adapted so many times. But, like in the case of Gerwig with her version of Little Women, this could become the definitive Emma adaptation.

Even if the list is long and full of possibilities, there’s still a chance women directors will get snubbed once again this year. A couple of things might be different in 2021, however. 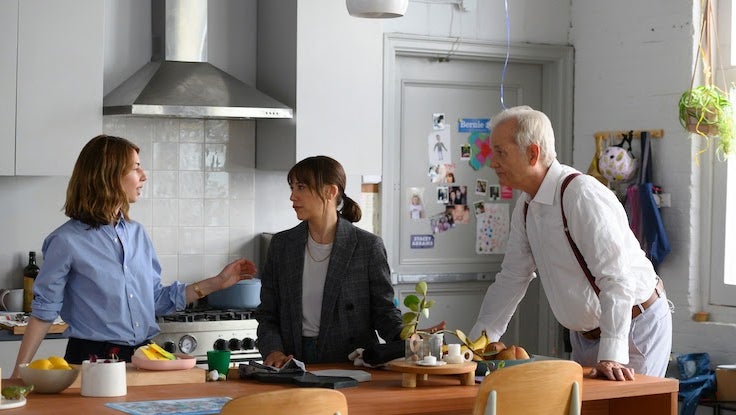 On one hand, in September of 2020, the Academy released new standards requiring inclusion and representation in order for a movie to become eligible for the Oscars. The new rules won’t be fully mandated until 2024, but the announcement already shows a willingness to be more inclusive — as did last year’s sweeping victory of the South Korean film Parasite.

Bong Joon Ho’s film made history when it became the first foreign-language film to win the Best Picture category. Parasite also won the Best International Feature, Best Original Screenplay and Best Director awards. Parasite’s wins can be interpreted as a reflection of the Academy’s evolving identity.

The other reason why this could be the year for more women directors to receive nominations is the singularity of the moment we’re facing. 2020 was plagued with movie-release postponements due to theater closures as a result of the COVID-19 pandemic. That meant fewer big-budget movies were released in 2020, which left more room for quirky independent films, like many of those on this list, to shine.

The Oscars nominations are set to be announced on March 15. Here’s hoping that, when the date arrives, we get to say the number of women directors to receive nominations is higher than five.