"As If!": Remembering the Legacies of Clueless on Its 25th Anniversary 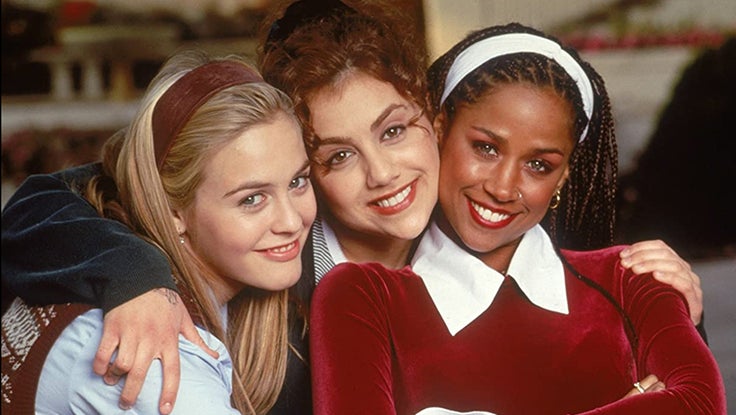 It's hard to believe that Clueless turns 25 this year. This flick remains so relevant in modern pop culture that it feels like it just hit the big screen. Based on Jane Austen's classic novel Emma, this valley girl retelling flaunts a star-studded ensemble, a hilarious script and plenty of ‘90s lingo — much of which the film itself created — that permeated the social sphere long after the movie left theaters. There's nothing remotely generic about the performances from Alicia Silverstone (Cher), Paul Rudd (Josh), Brittany Murphy (Tai), and Stacey Dash (Dionne) as they bring the messiness of the teenage experience to life.

There are few films in history that manage to stay relevant for decades, but Clueless has proved timeless while being a time capsule. It epitomizes the universal experience of being young, in love and naive, capturing Cher's mistakes, miscommunications and errors in thinking with an authenticity that resonates with anyone who can remember their teen years. This hilariously innocent flick (which recently hit Netflix) is the perfect lighthearted film to unwind with in the midst of this pandemic-centric summer. Check out some of the legacies that have carried the culture of Clueless forward through the last 25 years.

Although Clueless came out in the 1990s, it's considered a classic, perhaps because of the onslaught of imitation films and other media that came onto the scene after its release. Clueless undoubtedly inspired a wave of adaptations in Hollywood, those that moved beyond the straightforward retellings to delve into how older narratives could come to life (semi-satirically) in our quirky, modern world. 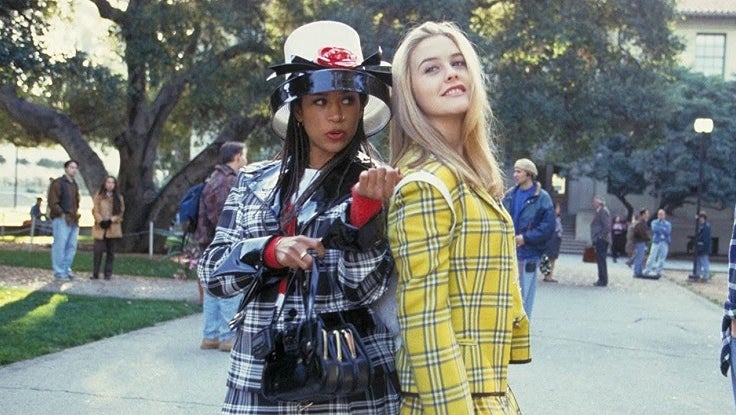 While Hollywood already had plenty of face-value retellings (how many Romeo & Juliet remakes can you conjure up from memory?), Clueless opened the door for other adaptations to take place. These adaptations took newer culture into account and were more true to teenage-ness of the modern era. After all, how could elements like new technology, fresh lingo and evolving social movements not have an impact on the ways older tales would play out in a new era?

After the film met great social and critical acclaim, the late ‘90s and early 2000s were filled with films of this type, from 10 Things I Hate About You (a rom-com take on Taming of the Shrew) to She's All That (a high school-set spin on Pygmalion). Flicks such as these were inarguably shaped by the techniques Clueless employed: charming leading cast members, true-to-time costuming and entertaining spins on old tropes and works by classic authors of centuries past.

As noted in an NPR article, Clueless also sparked Hollywood producers to create "a string of films [that] featured women who seemed ‘ditzy’ but were actually very capable" — Legally Blonde, anyone — as a subtle way to fight stereotypes. And it provided the much-needed encouragement that the film industry needed to recalibrate its focus and begin focusing on its teen audience once again.

One of the most lasting facets of Clueless is that, despite being an adaptation of Emma, plenty of filmmakers, scriptwriters, musicians and other artists have adapted the film itself. From Iggy Azalea and Ariana Grande's music videos for "Fancy" and "thank u, next," respectively, to an entire young adult book series, Clueless has left a remarkable impact on the art world. 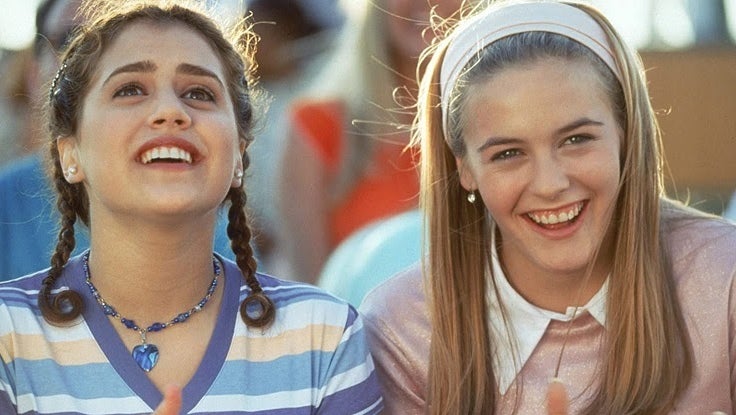 The movie even inspired a theater production when, in 2018, Clueless, The Musical was produced. Starring the bubbly, effervescent Dove Cameron (whose acting chops brought the sassy Cher to life), the musical spun off of Clueless' narrative with a number of parodied 1990s radio hits to drive the story forward. With costumes featuring Cher's classic plaid mini-skirts and Josh's laid-back sartorial nods to "crispy Seattle weather," it's tough not to feel immersed in the film's buggin' atmosphere. And considering its accurate costuming, boisterous personalities and witty one-liners, the flick was practically begging to be made into a musical, right?

In 1996, Clueless earned its first TV spinoff, directed by the movie's creator, Amy Heckerling. The show featured many of the quirks that made the original film thrive, but without the film's star, Alicia Silverstone, stepping into the role of Cher. The show only lasted for a handful of seasons. In late 2019 (before the pandemic shut down Hollywood indefinitely), the writers behind Will and Grace announced that they were creating a new television spin-off of Clueless. What would an episodic adaption of the movie entail? Rather than keeping the lens on Cher, the series would move its focus to Dionne, Cher's best friend. The narrative would be set following the disappearance of Cher from the social scene, showcasing how Dionne copes with the pressures of her newfound popularity.

Total Baldwins and Betties: Why the Cast Still Deserves Snaps

Clueless' colorful aesthetic not only emulates 1990s’ culture but also sums up the heartache, jealousy and optimism/pessimism that come with being a teenager in any era. The cast has been a big part of carrying the flick's culture forward, keeping it relevant in current times.

Although Alicia Silverstone rejected the role of Cher in the 1996 TV spinoff of Clueless, she has remained an enduring symbol of the film, offering insights about the filming atmosphere to this day. As a former teen icon (thanks to her role in several Aerosmith music videos), Silverstone's costuming in the flick inspired countless stylistic choices — including miniskirts, strapless dresses and color-coordinated outfits — throughout the ‘90s and 2000s.

Other members of the cast have also been active. Josh, the dreamy-yet-brilliant romantic interest of Cher throughout the film played by Paul Rudd, has managed to remain a true Baldwin in the Hollywood scene. Rudd hasn't seemed to age a day since starring in Clueless, and the impressive repertoire of films he's starred in across the last few decades have secured his cultural relevance. In 2009, Brittany Murphy, the sweet young actress behind Tai, passed away. Her heartbreaking death directed attention back to the film to which so many fans attributed her early fame. Fans have realized that this near-perfect film still manages to depict the universality of dating, disappointment and drama in teenage life that endure throughout the ages.