Coming Soon: Everything You Need to Watch, Read & Play This September 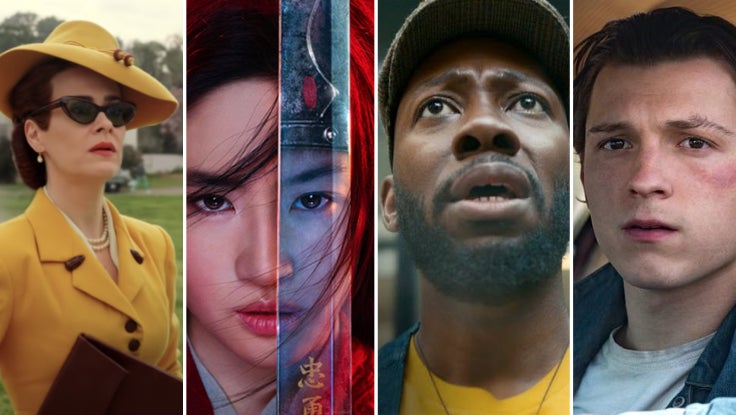 Outside of COVID-19 times, fall usually marks the beginning of peak TV season, with a plethora of highly anticipated returns and a healthy stock of new releases for viewers to wade through with glee. Of course, Netflix has been shaking up the traditional network TV schedule for years, but now, more than ever, the original streaming giant is proving that it's the place to go for new releases, thanks to a production schedule that’s (apparently) set way in advance.

While some movies, from X-Men spinoff New Mutants to Russell Crowe’s road-rage film Unhinged, have insisted on proceeding with theatrical releases, many blockbusters have been pushed back yet again — with Disney’s Mulan remake being a landmark exception (more on that later). And if you need a break from TV and movie marathons, September has also got quite a few soon-to-be bestselling books and video games for you to enjoy.

Now Streaming: Netflix’s Highlights Include a Jurassic World Spinoff, Sarah Paulson as Nurse Ratched and Much, Much More

Once again, Netflix reigns supreme, pumping out the most new content, despite the ongoing pandemic halting Hollywood’s normal filming flow. First up, the streamer’s latest original series. We’re most excited — and, honestly, most nervous — about Ryan Murphy’s One Flew Over the Cuckoo’s Nest prequel Ratched (Sept 18), which stars Sarah Paulson as the show’s titular menace. To be fair, a Murphy and Paulson team-up rarely disappoints, so hopes are high here. 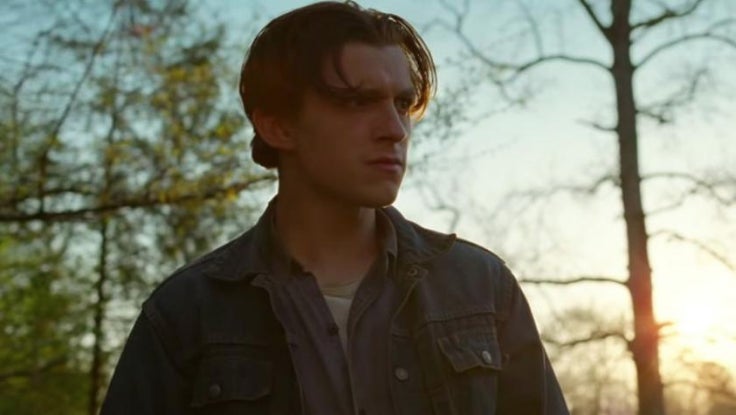 If horrifying nurses aren’t your jam, tune into shows like the mystery series Young Wallander (Sept 3); Hilary Swank’s mission-to-Mars drama Away (Sept 4); Julie and the Phantoms (Sept 10), a fantasy comedy about a boy band and a girl with a passion for music; The Duchess (Sept 11), a comedy series about a "disruptive single mother"; the Tituss Burgess-hosted karaoke competition Sing On! (Sept 16); the Jurassic World teen action-adventure spinoff Camp Cretaceous (Sept 18); the Sherlock-inspired Enola Holmes (Sept 23), which stars Stranger Things’ Millie Bobby Brown; and Sneakerheads (Sept 25), a comedy about a sneaker-obsessed family man named Devin.

Other new releases worth noting include Netflix exclusive Pokémon Journeys: The Series: Part 2 (Sept 11); K-dramas Record of Youth (Sept 7) and The School Nurse Files (Sept 25); the second season of the British police drama Criminal (Sept 16); the final season of The Good Place (Sept 26); Michelle Buteau’s standup special Welcome to Buteaupia (Sept 29); and a plateful of food-related shows, like Chef’s Table: BBQ (Sept 2), Taco Chronicles Volume 2 (Sept 15) and American Barbecue Showdown (Sept 18). Finally, the streaming giant is also targeting our nostalgia by adding all three Back to the Future films (Sept 1) and all six seasons of the sitcom Sister, Sister (Sept 1) to its extensive library.

Hulu certainly had a bit of a dry spell when it came to original content last month. Thankfully, September marks the return of one of the streaming platform’s most acclaimed shows, Pen15 (Sept 18). The second season of this cringe comedy, which stars comics and show co-creators Maya Erskine and Anna Konkle as teenage versions of themselves, promises a darker (yet still hilarious) sophomore outing. 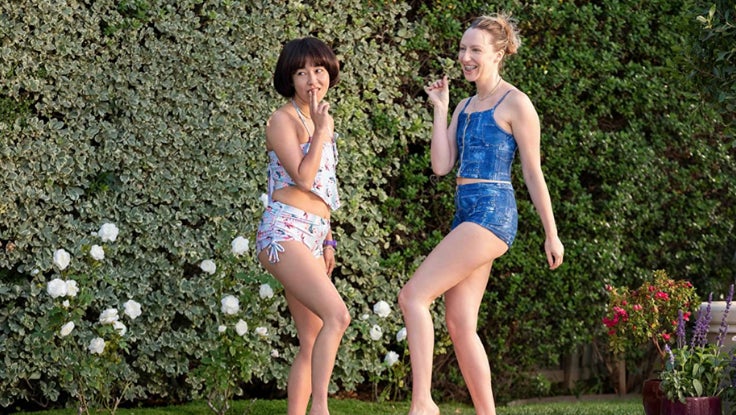 Earlier in the month, Hulu is set to debut Woke (Sept 9), a comedy about Keef (Lamorne Morris), a Black cartoonist on the verge of mainstream success when an unexpected event changes his life. Thanks to its Fox connection, Hulu will offer next-day streaming for new episodes of animated hits like Bob’s Burgers, Family Guy and The Simpsons, all of which debut on September 28. Another great partnership? The streamer’s FX team-up, which will allow customers to tune into big-name programs like the animated sitcom Archer (Sept 16), docuseries A Wildness of Error (Sept 26) and fan-favorite Fargo (Sept 28).

Rounding out Hulu’s offerings are The Fight (2020; Sept 18), a documentary that tells the story of a team of ACLU lawyers who are battling for abortion rights, immigrant rights and LGBTQ+ rights; the entire Twilight saga (Sept 1); and on September 21, the broadcast of the 72nd Primetime Emmy Awards.

Last month, HBO Max was more than worth the price of admission for its gripping Perry Mason reboot, the incredibly well-made docuseries I’ll Be Gone in the Dark and the streaming debut of the Harley Quinn (Margot Robbie)-helmed Birds of Prey (2020). This month, if you enjoy having something to look forward to every week — instead of the Netflix-style whole-season drop — you’re in luck. 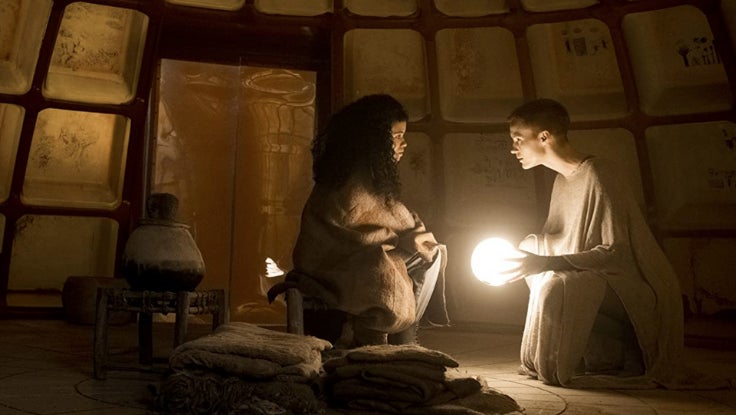 In late August, HBO debuted Lovecraft Country, Misha Green’s reclamation of Lovecraftian horror that centers on Black characters in 1950’s Jim Crow America, and the show will continue to drop every Sunday at 9PM EST during September. This month also has a few other (soon-to-be) hit series up its sleeve, including true-crime docuseries The Murders at White House Farm (Sept TBA); canine comedy competition series Haute Dog (Sept TBA); Canadian action-adventure series Detention Adventure (Sept 11); the drama miniseries The Third Day (Sept 14), which stars Jude Law and Naomie Harris; We Are Who We Are (Sept 14), a coming-of-age drama from Call Me By Your Name’s Luca Guadagnino; British competition show The Great Pottery Throw Down (Sept TBA); and Ridley Scott’s Raised by Wolves (Sept 3), a sci-fi drama about two androids who are tasked with raising human children on a strange planet.

If one-off viewings are more your speed, HBO Max also has you covered, from Michael B. Jordan’s Just Mercy (Sept 26) and Elisabeth Moss’ The Invisible Man (Sept 19) — two theatrical releases that didn’t quite get their just rewards in light of the pandemic — to the captivating documentary Fandango at the Wall (Sept 25), which tells the story of Afro Latin Jazz Orchestra founder/conductor Arturo O'Farrill. The network’s original films are also rather intriguing. There’s Unpregnant (Sept 10), a women-helmed road movie, and Coastal Elites (Sept 12), a star-studded comedy that traces the lives of five New Yorkers and Los Angelenos as they navigate the COVID-19 pandemic. Luckily for us, those five characters are played by an incomparable cast that includes Bette Midler, Sarah Paulson, Kaitlyn Dever, Dan Levy and Issa Rae. Finally, families can tune into the live-action special Mo Willems: Don’t Let the Pigeon Do Storytime! (Sept TBA), which is based on Willems’ popular picture books.

Now Streaming: Content From Disney+, Apple TV+ and Starz Rounds Out the Month

Some things remain (as of yet) unimpacted by COVID-19 — like Keeping Up with the Kardashians (Sept 17), which returns for an 18th season on E!, Zoom and all. This show, however, is the exception. As the pandemic continues, the offerings from non-Netflix streaming entities continue to dwindle. Although Apple TV+ may have come out of the gate with a decent lineup of originals, the platform’s September offerings, as of now, boil down to one new series: Tehran (Sept TBA), a spy thriller from Moshe Zonder, which also marks the streamer’s first non-English language original. 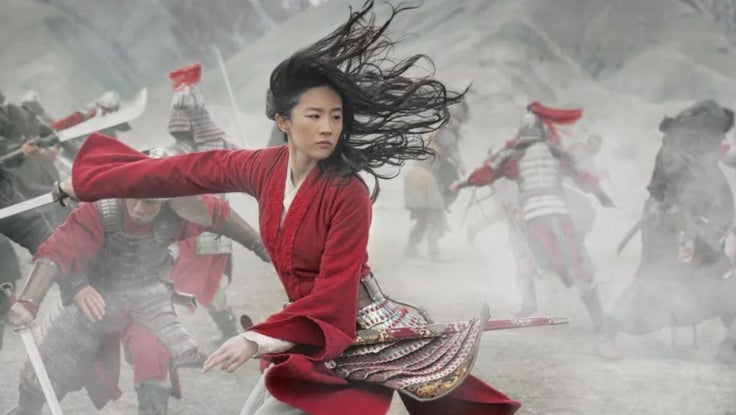 Meanwhile, over at Disney+, things are as quiet as the current COVID-times queue for Space Mountain. Episodes from current series, like behind-the-scenes docuseries One Day at Disney and Muppets Now, will continue to fill the queue, as will the streamer’s newest LeBron James-executive produced original series Becoming (Sept 18), which traces the hometown-to-spotlight journeys of various now-successful athletes and celebrities.

The most exciting title dropping on Disney+, however, is far and away Mulan (2020), the would-be blockbuster that never saw a theatrical release in March due to the pandemic. Instead of delaying things further, Disney has decided to make the war epic available to stream on September 4 for an additional fee ($29.99) on top of your regular monthly subscription cost. If Mulan is successful, it could pave the way for more big-name releases on streaming platforms, but the decision has also drawn criticism for using one of very few blockbusters with an all-Asian cast as a test subject, effectively taking away its earning potential when theaters open up again.

If new-ish movies are your thing, be sure to get the most out of your Starz subscription this month. Although not as ubiquitous as HBO, this premier network-turned-streamer is featuring a bunch of recent hits from 2019 and 2020, including Sam Raimi’s remake of The Grudge (2020), the Blum horror film Fantasy Island (2020), action-comedy movie Jumanji: The Next Level (2019), Greta Gerwig’s Oscar-nominated remake of Little Women (2019), the Will Smith- and Martin Lawrence-helmed Bad Boys for Life (2020), the 2019 reboot of Charlie’s Angels and the Vin Diesel fantasy drama Bloodshot (2020).

Playing through the Last of Us: Part II on Permadeath mode? Same. But we all need a break from collecting trophies, and, luckily, this month promises to add some variety to your gaming lineup. Bonus: It’s a great month for franchise fans and folks who love a good stroll down memory lane. 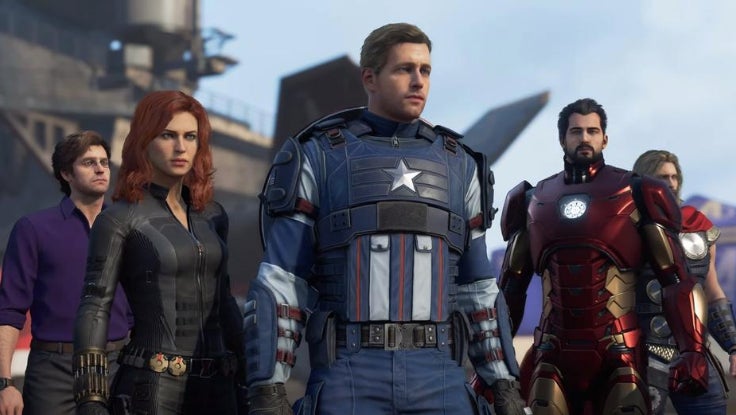 Here are our September picks:

Need a Screen Break? Here Are 5 Books to Delve into This Fall

Hit pause on Netflix and take a much-needed screen break this September by diving into one of these engrossing must-reads. From sweeping historical epics to chilling modern-day thrillers, the novels this month are sure to impress the bookworms who read them. 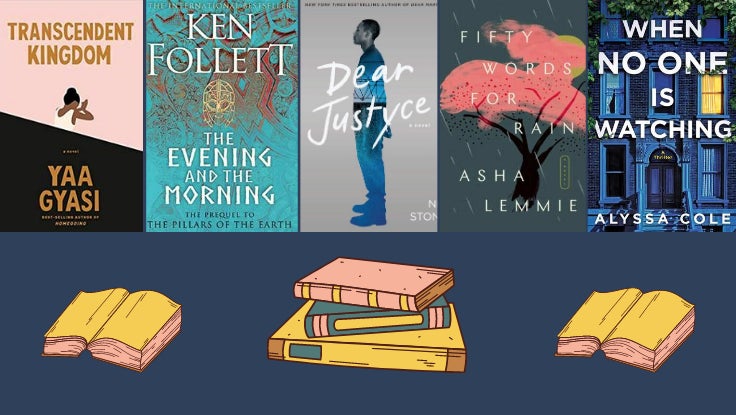 Here are our September picks: