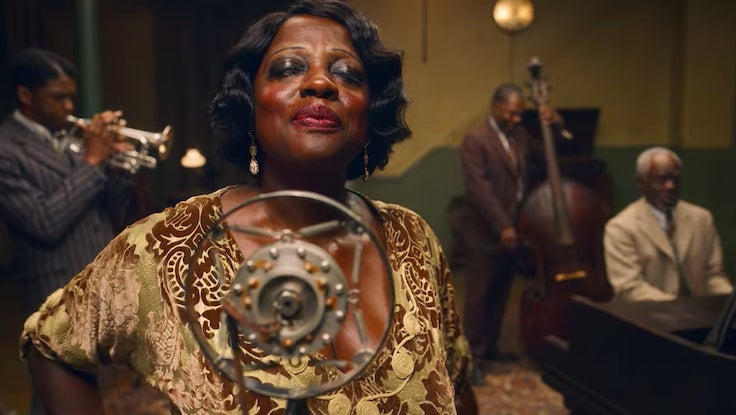 Viola Davis is easily one of the most talented actors of her generation. With her wide body of work in the entertainment industry, she’s made quite a name for herself by taking on roles that challenge her professionally while addressing some of Hollywood’s most common stereotypes. Case in point: In a 2016 interview with The Daily Beast, Davis explained, "I’m trying to change the ‘Black woman coming in at the ninth hour to give a sassy line and walk out’ to be the best friend and just be the sounding board giving information." She also consistently uses her voice and platform to challenge systemic racism and pay inequality, demanding that film companies "pay [her] what [she’s] worth" while working to "redefine what it means to be a dark-skinned Black woman."

Although the COVID-19 pandemic put Hollywood productions on hold, Davis has had two new — and significant — projects in development, and they couldn’t come at a time when we need her presence more. Showtime’s series First Ladies sees her portray former First Lady Michelle Obama, and she also appears as legendary blues singer Ma Rainey in the Netflix Original Ma Rainey's Black Bottom, which debuted December 18 on the streaming service. If Ma Rainey leaves you craving more of this accomplished actor’s work, get familiar with some of the biggest and best roles that showcase Davis’ star power.

At the start of Davis' acting career she mostly worked in theater, performing in plays like William Shakespeare's As You Like It and August Wilson's Seven Guitars. One of her first appearances on screen was the 1998 crime comedy Out of Sight, starring George Clooney and Jennifer Lopez. 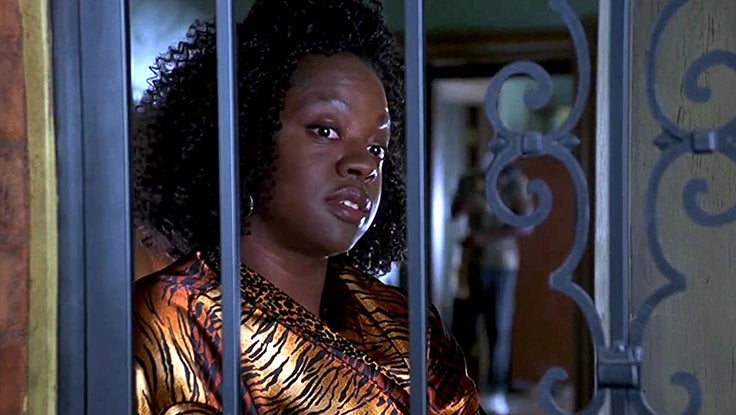 The actor had very little screen time in the film in her role as Moselle Miller, the fed-up wife of criminal Maurice Miller (Don Cheadle). However, she made a powerful contribution to the film and subsequently developed a good working relationship with the director, Steven Soderbergh, who cast her in several other projects. Working with the director was a great learning experience for Davis, who then started slowly making the transition from stage to film. "What I learned from [Soderbergh] is to relax and to just be," Davis said in an interview with Uproxx.

Davis gained more notoriety with her stunning portrayal of Eva Mae Fisher in the film Antwone Fisher. In this film that’s based on a true story, Davis plays the estranged mother of the main character, a U.S. Navy sailor with a troubled past. After reaching adulthood, the young man struggles with anger issues and eventually tries to reunite with his birth mother to find closure. 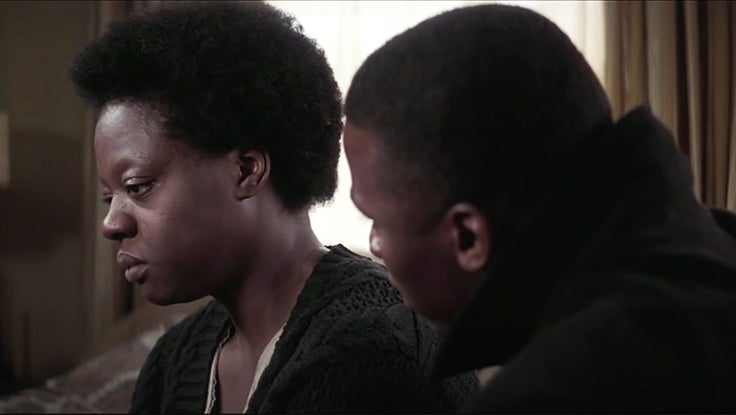 Davis’ time on the screen here may have been another small role, but her scenes are vital and climactic parts of the film. While onscreen, the actor hardly says a word, yet Roger Ebert called her portrayal one of the most "striking performances" in the film.

The 2008 film Doubt saw Davis co-star alongside several Hollywood heavy-hitters, including Meryl Streep, Philip Seymour Hoffman and Amy Adams. Davis masterfully plays the mother of an altar boy believed to have been sexually abused at his Catholic school. Streep plays the boy's principal, who meets with Davis' character, Mrs. Miller, regarding her suspicions of abuse. In an interview with Screen Anarchy, Davis said landing the role "felt like I had won $150,000,000 in the lottery." 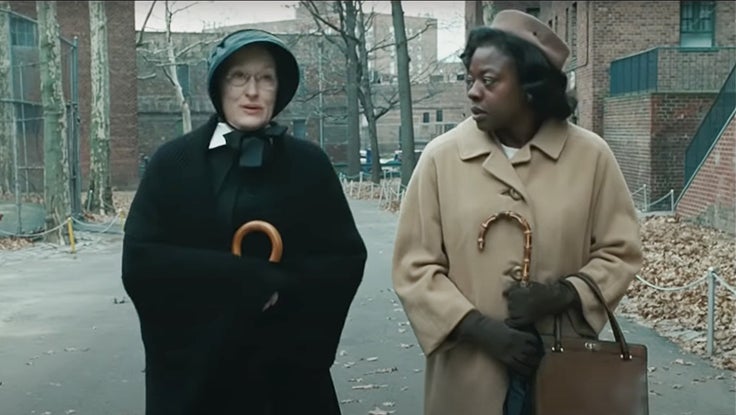 Mrs. Miller isn’t interested in hearing about the boy's alleged abuse, admitting that she wouldn't intervene to stop it because she wants to keep the boy in a school that will set him up for a better future. The poignant yet heartbreaking moments with Streep earned Davis an Oscar nomination for Best Supporting Actress. This was well deserved, according to Roger Ebert, who said the scene between the women was "as good as any I’ve seen this year. It lasts about 10 minutes, but it is the emotional heart and soul of Doubt, and if Viola Davis isn’t nominated by the Academy, an injustice will have been done."

One role that really stands out on Davis' resume is her part as a maid named Aibileen in the 2011 drama The Help. She’s admitted to having some misgivings about the film, but she ultimately took the role to advance her career. "I had a lot of issues with The Help. I don’t feel like it was from our perspective, that’s the problem I had with it… The truth is so filtered down, and then it’s given to you to make you feel very comfortable. It’s not our job to make you feel comfortable; it really isn’t." 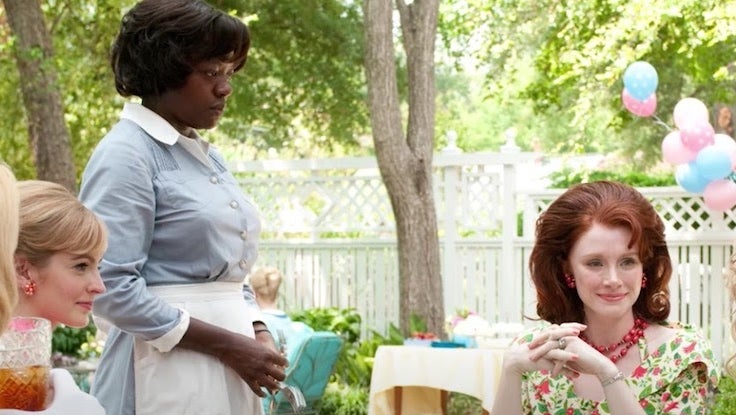 The film tells the story of an aspiring writer (Emma Stone) who works with Davis' character and another maid named Minny (Octavia Spencer) to tell the untold stories of Black maids working for white families in 1960s-era Jackson, Mississippi. A massive hit across the country, the movie earned Davis another Oscar nomination but was heavily criticized for its limited version of race relations in the South at the time. In an interview with Vanity Fair, Davis commented, "There’s no one who’s not entertained by The Help, but there’s a part of me that feels like I betrayed myself and my people, because I was in a movie that wasn’t ready to [tell the whole truth]."

Davis stunned everyone in 2014 — and for numerous seasons — with her role as criminal defense attorney Annalise Keating on ABC's hit show How to Get Away With Murder. As the powerful Keating, Davis portrayed the complexities associated with being a modern Black woman in America. She told BAFTA, "[Keating is] sexualized, she’s sociopathic, she’s messy, she’s smart. She’s all of those things, and the best part is you can’t put your finger on her. And I love that because what it affords me to do is redefine what it means to be a Black woman who is 51." 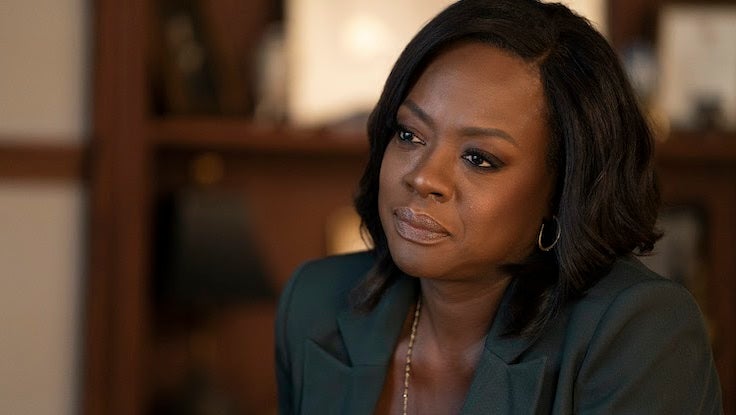 She showcased her sexuality, beauty and confidence as a dark-skinned woman, which isn't often seen in roles in Hollywood. For the role of Keating, Davis became the first Black woman to win the Primetime Emmy Award for Outstanding Lead Actress in a Drama Series.

The 2016 film Fences is an adaptation of August Wilson's Pulitzer Prize-winning play of the same name. Directed by and starring Denzel Washington alongside Davis, the movie centers a Black garbage collector named Troy Maxson in 1950’s Pittsburgh. Maxson resents his station in life and takes his frustrations out on his family, including his loyal wife Rose Lee (Davis). Davis and Washington work beautifully in tandem to show the challenges of a Black couple living in a prejudiced world. 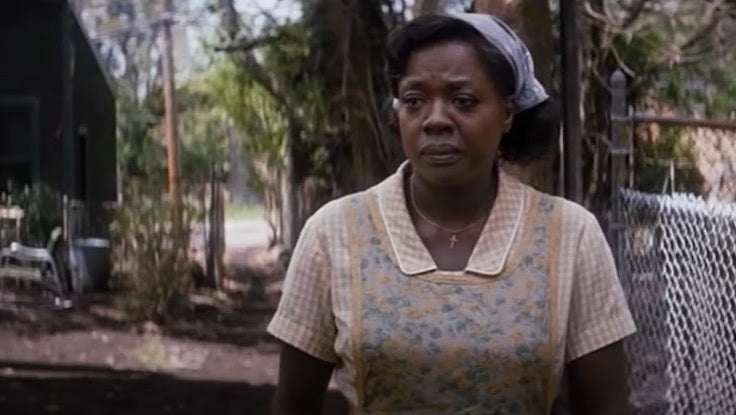 Both Washington and Davis won Tony Awards for their performances in the 2010 revival of the play, and Davis' performance in the film adaptation impressed critics even more. According to Alexandra MacAaron from Women's Voices for Change, "She has several of the film's most powerful monologues, and her emotions are so raw and so naked that they are utterly unforgettable."

In one of her more recent roles, Davis starred in the British-American heist thriller Widows, directed by Steve McQueen. Based on the 1983 British television series of the same name, the film follows four widows who attempt to steal millions of dollars from a local politician in Chicago to pay back a crime boss their criminal husbands stole from before the men were killed. 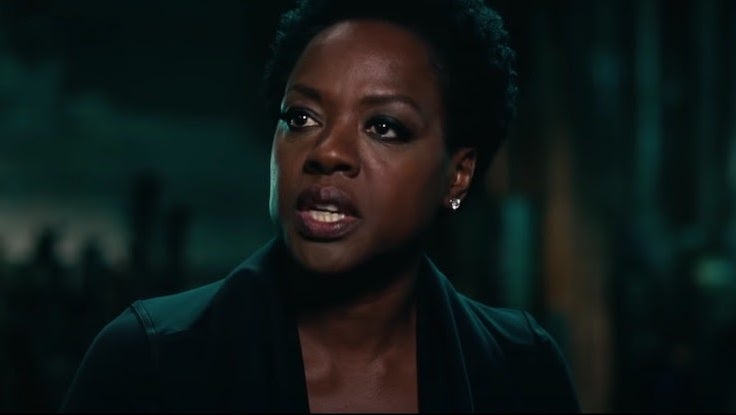 Owen Gleiberman of Variety highly praised McQueen's direction and Davis' performance, noting, "The strongest aspect of Widows is the way the movie gets us — and keeps us — rooting for its desperate-living heroines." Davis felt empowered by the role and by the support of McQueen, explaining that she "approached her [character] like a real woman" and felt "adoration from Steve McQueen" for her talent and performance.