Whether you’re traveling for business or pleasure, finding yourself in an area where no one speaks your language can be intimidating. Even if you’ve done your homework and tried to learn the local language, keeping up with native speakers can be challenging. Luckily, technology has come up with many great solutions in the form of foreign language translator apps. These popular apps can enhance any international trip by instantly removing some of the language barriers.

Google Translate is one of the most popular language translator apps out there. Not only does it offer one of the most versatile sets of features, but it’s also free. It is available in both Apple and Google Play stores. Google Translate can translate an impressive 133 languages. Users enjoy a wide variety of different ways to use the app, including:

When it comes to the best foreign language translator apps out there, iTranslate is also at the top of many travelers’ lists. The app is available for Apple or Android smartphones and works on Apple watches and iPads.

The free version is worth checking out, but you can also upgrade to a Pro plan for $5.99/ month or $49.99/year. iTranslate offers text translation in over 100 languages through several input methods.

While iTranslate offers many of the same tools as other translator apps, it has several special features.

Microsoft Translator is another great foreign language translator available at no cost. It offers many of the same tools as Google Translate, including text, voice, camera, and conversation translation.

But, there are also a few differences that might be deal breakers regarding the Google Translate vs. Microsoft Translator debate.

Check out Microsoft Translator on the Apple store or Google Play.

When it comes to Asian language translation, look no further than a free app called Naver Papago. While it only offers 13 languages at the moment, it’s a great choice if your language happens to be among them.

The app offers many great features, including text, image, handwriting, and voice translation. It can even simultaneously translate audio into both text and audio playback.

Use the conversation translation to speak to your conversation partner in real-time, enjoy offline functionality, and use the free language dictionary to brush up on your skills. Naver Papago is free and available to download on Apple and Google devices.

SayHi is a free language translation app from Amazon. Available on Apple, Google, and Amazon AppStore, SayHi is a great choice for translating everyday conversations.

The beauty of SayHi lies in its simplicity. Simply speak into your phone, and the app will instantly translate your speech and play it back in the language of your choice. SayHi works in over 100 different languages and even offers regional dialect options. While the emphasis is on giving travelers a quick and easy way to translate conversations, the app also offers voice and image translations.

It may not come with as many features as some competitors, but, SayHi is all about removing language barriers as quickly and efficiently as possible.

While Waygo doesn’t offer nearly as many features as some of the other translation apps listed here, it can be indispensable for Asian travelers. The app’s specialty is in translating Chinese, Japanese, and Korean text on things like signs and menus.

Just point your phone’s camera at the text in question, and Waygo will instantly tell you what it means. For some languages, if you use the app to scan a menu, it will translate and even bring up photos of the different dishes. This can go a long way towards figuring out what exactly you’re ordering. One of the other major perks of Waygo is that it works completely offline, so there’s no need to worry if you do not have service.

Waygo is available for download on Amazon or the Apple store and offers a free basic version with ten free translations per day. Upgrading to unlimited translations will cost you $6.99 for one language or $11.99 for all three. 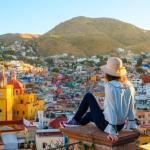 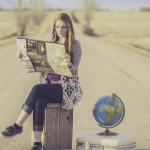 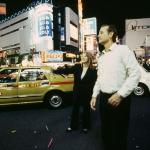 Movies That Will Make You Want to Travel
4 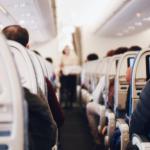 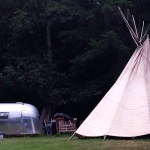