Looking for the best tequilas? You’re not alone. Since its introduction to Americans in 1893 at the Chicago World’s Fair, tequila — a type of mezcal — has held a special place in the United States’ bar scene. It was smuggled in from Mexico during prohibition, became the subject of hit songs, and is an ingredient in some of today’s most popular cocktails.

To put it simply as syrup, tequila has long been a favorite in the U.S. In fact, a recent boom could push the agave-based alcohol to overtake vodka and snag the top spot as America’s favorite liquor.

What Are the Best Tequilas? Knowing What to Look For Is Key

But as most tequila drinkers know, not all tequilas are created equal. Lower-cost tequilas typically feature far less agave — at times, the minimum 51% required to qualify as tequila — and are supplemented with other ingredients, namely cane sugar-based liquor. Others are 100% blue agave, often offering a smoother, more nuanced flavor. Then, you have mezcals, which instead of blue agave, can feature any of over 30 varieties of agave. Again, quality can vary, significantly altering the drinking experience.

Unless you’re using the spirits in mixed drinks — and hoping other ingredients’ flavors cut the taste of a lower-quality tequila — it’s best to stick with top-shelf offerings. In some cases, that might mean trying a celebrity-owned brand. Not sure where to start? Here, we’ve rounded up the five best tequilas and mezcals from brands owned and co-founded by celebrities.

The 5 Best Tequilas From Celebrity-Owned Brands

Alongside partners Rande Gerber and Michael Meldman, actor George Clooney launched Casamigos in 2013. While the brand was later sold in 2017, George Clooney remains active with the company.

Focused on creating a premium tequila, Casamigos only features blue agave from the Jalisco highlands in Mexico. The blanco is light and crisp, with a slightly citrusy flavor. With the reposado, you get hints of caramel and cocoa, all with a touch of oakiness. The añejo is deep and complex, bringing in hints of vanilla and a touch of earthiness.

Casamigos also produces mezcal, featuring 100% espadín agave. It’s a balanced mezcal with herbal notes and hints of fruit, accented by a bit of smokiness and pepperiness to give it that little something extra.

In partnership with Jeanie Buss, Wes Edens, Emilia Fazzalari and Wyc Grousebeck, Michael Jordan launched Cincoro, a high-end tequila. The name is derived from two Spanish words: “cinco,” which means five and represents the number of founders, and “oro,” which means gold and symbolizes the standard Cincoro strives for with every bottle. So, is it one of the best tequilas out there? Yes, it ranks pretty high in quality.

As one would expect, Cincoro is 100% blue agave tequila. Specifically, it’s blue weber agave from the Jalisco region of Mexico. As with many tequila brands, there are several versions of Cincoro tequila. For exceptional smoothness, the Cincoro blanco is often the way to go. However, if you want a more complex flavor profile, the reposado brings a lot to the table, incorporating notes of vanilla, spices and more.

Named after the Spanish word for “wolves,” Lobos 1707 is led by Diego Osorio, with LeBron James serving as a major investor. The brand truly embodies premium tequila and mezcal, featuring a rich heritage and a clear vision. Deigo Osorio aimed to continue his family’s connection with tequila, revitalizing a storied process for creating a delectable tequila and bringing it to the masses. Without a doubt, Lobos 1707 makes some of the best tequilas on the market.

For those interested in tequila, Lobos 1707 has something for everyone. The joven is clean and crisp, balancing flavor with a gentleness that works for even tequila novices. The reposado is bolder, featuring notes of wood and cocoa. With the extra añejo, you get a deep, daring flavor with hints of molasses, oak and sherry, punctuated by citrus.

The Best Tequilas That Offer a Lower Price-Point

If you’re looking for a relatable, crowd-pleasing tequila, it’s hard to outdo Margaritaville. As one would expect, Jimmy Buffet was one of the first celebrities to attach their name to an agave-based spirit, and, perhaps surprisingly, it’s one of the best tequilas out there, especially when it comes to making cocktails.

Produced in Jalisco, both the gold and silver varieties have a lot to offer. The silver is light, bright and citrusy, with hints of smoke and black pepper. The gold features wood tones along with fruity notes, combining earthiness with brightness.

In many ways, the Margaritaville lines were designed with cocktails in mind — for all those kitschy restaurants of the same name. Along with pure tequilas, the brand offers blends like Island Lime, Last Mango and Tropical Tangerine. Although not great for sipping, these blends imbue some extra flavor by introducing fruit liquors into the mix, all while maintaining quality and affordability.

Wrestling icon and movie star Dwayne “The Rock” Johnson also decided to throw his hat into the tequila ring, founding Teremana alongside his ex-wife Dany Garcia. The name is derived from “terra,” which is Latin for “earth,” and “mana,” a Polynesian word meaning “spirit.”

Another 100% blue agave tequila, Teremana uses a small-batch strategy for each of its lines. With the blanco, you get a smooth but bright tequila that feels fresh and upbeat. The reposado is a bit earthier thanks to notes of vanilla and oak, making the tequila rich and velvety. With the añejo, you get a complex, warm tequila that’s slightly sweet, also featuring notes of vanilla and oak.

One unique point about Teremana is that, unlike many other brands of spirits, you can actually see a nutrition label on the bottles if you buy the blanco or reposado. Plus, for a small-batch tequila, it’s very affordable. 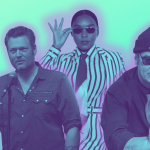 Celebrity Sips: What Are the Best Vodkas Endorsed by Celebs?
2 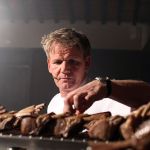 Top 10 Celebrity-owned Restaurants From Across the U.S.
3 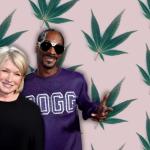 Celebrities Who Have Their Own Cannabis Brands
4 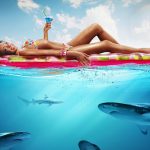 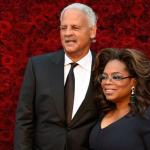