7 Exciting Facts About the Tour de France, and Where to Stream the Race

Lasting nearly three weeks and involving several hundred competitors, the Tour de France is one of the biggest sporting events across the globe — and in the world of cycling, it’s definitely the biggest. This much-anticipated annual race faced some setbacks during the COVID-19 pandemic, and while the world hasn’t returned to normal yet, devoted cycling fans (and those of us who simply love edge-of-our-seats competition) are eager for the big return slated for this summer.

In honor of the Tour de France’s grand 2021 re-entry to the sporting universe on Saturday, June 26, we’re taking a look at some fun facts that’ll get your anticipation building even more. Plus, you’ll discover where and how you can watch every minute of the race from the comfort of home — no cleats or helmet necessary.

Thousands of People Are Involved

You might already know that a bevy of bicyclists participate in the race — 198 riders spread across 22 different teams compete each year. But the number of people involved in ensuring the race goes off without a hitch is much higher than the number of athletes participating. Organizers take logistics to the next level with team staff members, members of the race jury, thousands of security professionals and members of the media. If you include the spectators in that count, the numbers — pre-pandemic, at least — can run into the millions. From city to city along the race route, hundreds upon hundreds of people follow the action throughout the course of the event. And organizers and support staff keep things running smoothly to the finish line.

The Race Has a Surprising Connection to a Newspaper

The first Tour de France wasn’t held because a bunch of bicycling fans got together and thought it’d be a great idea to start a competition — at least not totally. It was actually a promotional event hosted with the intention of bringing more publicity to L’Auto, a French newspaper that focused on reporting details about different sporting events. Although L’Auto has since closed down, the parent company of its replacement, L’Equipe, continues to organize the Tour de France today.

And it’s long in multiple ways, too. The race itself takes place over the course of nearly a month, with 21 different day-long segments making up the bulk of the competition. The length of the course is also extensive, however; it’s typically over 2,000 miles long and can pass through multiple neighboring countries. It wasn’t even always this short, either — in 1926, the course encompassed a winding 3,570 miles and took a full month for riders to finish.

As you watch the race, you’ll notice cyclists wearing the bright kits and bibs that represent their teams — but you’ll also spot some even more unique colors and designs among the pack. One of these is a yellow jersey, called the “maillot jaune,” that’s bestowed upon the racer who had the lowest cumulative ride time for the day. Other special jerseys include the green “maillot vert,” which is awarded to the rider with the most points, and the “maillot a pois” — a red and white polka-dotted jersey given to the cyclist who earns the most points during the areas of the course that have steep inclines to climb. The rider who wears the maillot a pois is affectionately known as “the king of the mountain.”

There Was Almost Only One Tour de France

The first Tour de France took place in 1903 – and that was almost the one and only iteration of the race. That’s because newspaper editor Henri Desgrange, who helped organize the initial tour, was so aghast at the conduct not only of the fans but also of the competitors in the 1903 race that he wanted to discontinue it despite its clear appeal. Boisterous crowds turned violent, with spectators assaulting racers as they passed along the course. The riders themselves found numerous ways to cheat, disqualifying themselves in the process. But the Tour de France was so lauded — and it increased circulation of L’Auto so extensively — that the organizers had no choice but to continue hosting the event.

The Race Has Its Own Language

Bonking, anyone? As you’re watching the Tour de France, you might hear commentators use some curious turns of phrase — and many of them will be unique to the race itself. Boost your bicycling know-how by learning what these terms mean before catching one of the race segments:

You Can Watch the Action at Home — Here’s How

Now that the race has returned to regularly scheduled programming in 2021 following its 2020 pandemic postponement, you might be eager to catch the three-week racing saga unfold from the comfort of home. Fortunately, you have the convenient option to stream the tour live on both NBC Sports and NBC’s Peacock streaming service.

The race coverage on Peacock is only available through Peacock Premium, a paid tier of the service that costs $4.99 — a worthwhile investment if you’re a serious cycling fan who can’t wait to watch this Grand Tour. NBC Sports is accessible if you’re already paying for regular cable, but without that subscription you won’t be able to stream the program online or watch it on TV unless you spring for Peacock.

Keep in mind that, if you’re not already a Peacock subscriber, you’ll receive a free weeklong trial to better help you determine if the service is right for you. You can use that to catch up on the race and decide if you want to make the month-long (or longer) investment. 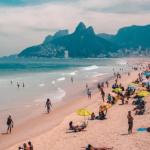 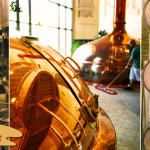 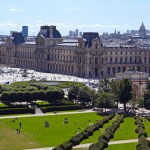 Is There a Virtual Tour of the Louvre?
4 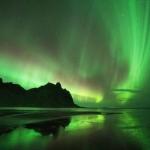 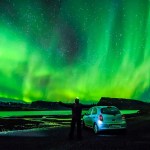