Fun Facts About the Big Five Animals In Africa

For travelers, there is nothing quite like seeing animals in their natural habits. Africa is a continent full of intriguing, majestic animals. That includes the “Big Five” animals: the African elephant, buffaloes, leopards, lions, and rhinoceros.  The Big Five African animals are often featured in nature documentaries, which observe their habits in the wild. However, travelers can also see these animals while on safari. Let’s explore some fun facts about the Big Five Animals in Africa.

Where Did the Name “Big Five” Animals Come From?

Sadly, people still hunt these animals today, though organizations are working with the government to protect them. There are ways that you can help protect these species. You can donate to different organizations like Action Change to preserve the Big Five. You may even be able to volunteer at animal sanctuaries and conservation centers in Africa to help orphaned and injured animals.

Today, the Big Five are in several national parks and safaris. Some of those include South Africa’s Kruger National Park, the Moremi Game Reserve in Botswana, and the Serengeti and Ngorongoro Crater in Tanzania. Let’s read some more interesting facts about each of these amazing animals.

The African Elephant Is the World’s Largest Land Animal

In general, elephants are very social. Groups of them stick together as a family led by a matriarch. They communicate in various ways, including trumpet calls and body language. African elephants can even communicate with other animals from miles away through seismic signals (vibrations felts from the ground). These animals can also eat large amounts of roots, grasses, fruit, and bark; an adult can eat up to 300 pounds of food per day! You will typically find the largest populations of African elephants in Eastern and Southern Africa.

Buffaloes in Africa Are Incredibly Territorial

Though the African elephant is the biggest animal in Africa, the buffalo are considered the most dangerous in this group. That’s because they are highly protective and territorial. When they feel threatened, the African buffaloes charge at unbelievable speeds. These animals stick together in large herds, with heavy, pointy horns used as weapons against predators.

Buffaloes weigh anywhere from 660 to 1,840 pounds. To keep up their body weight, they graze on the plains of Africa, yet only need grass and a nearby water source to survive. They thrive in different habitats on the continent, from savannas to rainforests. They can be found in southwest Ethiopia, Kenya, Tanzania, Zambia, and other African coastal areas.

Currently, the African Wildlife Foundation works with government officials and communities to help conserve buffalo. A part of this is minimizing land used for agriculture to save food resources for the buffalo and other African Wildlife.

Leopards Survive Alone in the Wilds of Africa

People often confuse African leopards with cheetahs because of the markings on their fur. However, when you look closely, cheetahs have clear spots. Leopards have what are known as “rosettes,” which are markings that are similar to roses.

While other African animals stick together as a group, leopards typically fly solo. They have their own territories and hunt alone, as well. These skilled hunters can run up to 58 kilometers (36 miles) per hour and can drag prey heavier than their own body weight! Leopards in Africa can be found all over Africa, in deserts, high mountains, and coasts.

African Lions Are Only Active for a Few Hours Each Day

The African lion is the king of the jungle. Interestingly, African lions are the only cats that live in groups (known as prides). A pride can have up to 30 lions at a time, and these lions are mostly below the Sahara Desert in Africa.

The lionesses (female lions) are the main hunters. They scour for food while male lions guard their territory and young (and sleep). Even though the lionesses are fierce hunters, lions typically don’t spend too much time moving around. They spend up to 20 hours of the day either sleeping or hanging out in the shade. However, that gives them the energy to do their hunting, most of which is done at night. That gives them a huge advantage over their unsuspecting prey.

There are five species of rhinoceros in the world. Two—the black rhino and the white rhino—are found in Africa. The largest is the white rhino which can weigh up to 2,500 kilograms (a little over 5,500 pounds). At this weight, this species is the second-largest land mammal in the world behind its neighbor, the African elephant.

The names of these African rhinos are a little confusing because both the black and white rhinos are grey. The white rhino reportedly received its name from the Afrikaans word for wide (“wyd”), for its wide, square lip. However, early English explorers thought they were saying white. The black rhino has a pointy upper lip. Unfortunately, rhinos are still hunted today. If you want to learn more about protecting rhinos from poaching, there are programs available that teach you about their behavior and anti-poaching techniques.

Which facts about the “Big Five” surprised you? 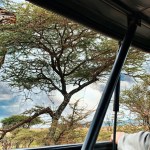 Are Luxury Safaris in Africa Safe During the Coronavirus Pandemic?
1 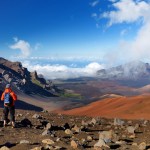 What Are the Best Hiking Trails in Maui?
2

Family Travel on a Budget: 13 Tips for Vacation Savings
3 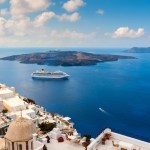 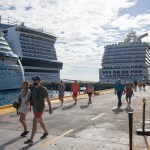