The NFL is a constant source of sports happenings and hot-button conversations. Even in the offseason, there’s always news and hot takes. With new developments surrounding players, a slew of fresh statistics with every game, weekly winners and losers, referee disputes, and constant debates over “who is the greatest,” there’s just so much to talk about when it comes to football.

Staying on top of everything football-related is tough though. This is especially true for folks who can’t have SportsCenter or Around the Horn on their screens all day. Podcasts offer the same types of analysis you see on TV, all with a greater accessibility than old-school talk radio.. Perfect to listen to while driving, hitting the gym, cleaning your house and more, podcasts for sports — the NFL in particular — are only going to become more common and popular.

There are so many different ways to talk about football and so many perspectives, making it easy to get lost in the digital landscape of Apple Podcasts and Spotify. Whether you’re struggling to keep up with football happenings or you need some conversation in the background while you touchdown dance, we’ve got you covered. Here, we have 6 NFL podcasts for football fans. Don’t worry — helmets and pads are not required.

With three Super Bowls under his belt, Mark Schlereth brings 12 seasons of on-the-field perspective to his solo podcast. Episodes are typically 30 minutes or less, making this a bite-sized lesson as opposed to a deeper dive. Schlereth typically picks one topic to talk about for the week and brings his expert take on the matter to the table — and podcast mic. Many hot topics in the league get brushed over because there are so many players and games to discuss, so this one is perfect if you’re looking for something that takes a few minutes to understand a single issue a little better. As the name suggests, Schlereth does not hold back and listeners are all the better for it.

Film breakdown is one of the most important aspects of football. Instant replay on TV is never enough to understand what’s really going on in every single play. With 22 players to watch every down, game film can be rewound and analyzed again and again. This is where former quarterback Dan Orlovsky, former assistant general manager Scott Pioli and journalist Bob Wischusen come in. Twice a week, they break down major plays, all while keeping listeners updated on the many happenings in and around the league.

As of the 2021 football season, Colleen Wolfe and Erica Tamposi have been breaking down the NFL for sports fans week after week. The pod is brought to you by the NFL in partnership with iHeartRadio. Plus, it shows that the league is dedicated to bringing more women into football spaces. Split Ends brings on players and journalists as guests to add to the hosts’ already-great dynamic. Without a doubt, the pair brings the laughs as they talk about important and also “unimportant” NFL-adjacent stories. And since Wolfe and Tamposi are not afraid to bring politics and social issues into the fold if needed, we hope Split Ends is just getting started.

When a football team “stacks the box,” they’re placing their players closer to the ball rather than farther from it. It’s a very old-school, “run the ball” strategy for offenses and a great way for defenses to stop the run. This sense of tradition and deeper knowledge of the game is part of the payoff for those who listen to this Fansided production. The podcast’s top analysts aren’t afraid to cover controversies in addition to more regular happenings. Plus, the pod offers a weekly preview, so if you’re ever feeling out of the loop this is a great place to get caught up.

There’s no way around it — football is a business as well as a game. Thankfully, investigative reporter Mina Kimes also likes football. The icon has worked for Bloomberg in addition to ESPN and we love the marriage of her interests. Guests (and sometimes Kimes’ dog, Lenny) stop by for weekly breakdowns of the league’s happenings. Topics range from COVID-19 issues affecting the game to questions like, “what time slot do you think is best” when it comes to playing or watching a game?

“Around the NFL” with Gregg Rosenthal, Dan Hanzus and Marc Sessler

The official podcast of NFL.com, Around the NFL brings ESPN energy to your ears several times a week. Hosted by three sports journalists, this pod brings the recaps, previews and breakdowns you expect from a podcast that’s so official. What we love about this podcast in particular is that it also serves as a hub for other NFL podcasts. Subscribers will get episodes from other podcasts in their network, so it’s supportive of different perspectives and helps to create more conversations. The blend of different voices can help you feel like you’re talking sports along with them. And that’s why we like podcasts in general — they help us feel like we’re joining in on the fun.

Seventh on our list, is former Indianapolis Colts punter and kickoff specialist Pat McAfee. As with many of the other podcasts on our list, the Pat McAfee Show is hosted by a former professional in the world of NFL thus providing listeners with a more in-depth view of events and controversies surrounding the sport. Football fans looking to hear the latest in NFL news can check out McAfee’s podcast through his website as well as the Pat McAfee YouTube channel.

Former Denver Broncos and Baltimore Ravens tight end Shannon Sharpe and sports analyst Skip Bayless joined forces in September 2016 to bring football fans an array of sports entertainment. The show’s viewership has consistently increased since its inception largely due to the duo’s hot takes and heated debates surrounding sports. Currently, viewers can listen in to Undisputed via Fox Sports.com 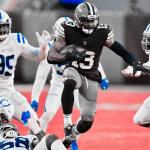 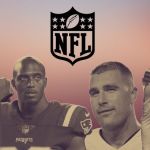 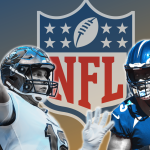