Strange Americana: The Best Roadside Attractions in the Northeastern States

Like baseball and apple pie, the cross-country road trip feels very American. After all, each region of the country differs so much, even from those they neighbor. By now, we’ve seen much of what this country has to offer in terms of bizarre pit stops, from the oddities in the Southeast and the Southwest to those on the West Coast and in the Midwest. Today, we’re rounding things off and delving into the roadside attractions that make the Northeast a unique place to visit.

While the upper-Mid-Atlantic and New England certainly have a lot of obvious tourist destinations, from New York City to Cape Cod, there are certainly some lesser-known gems tucked into all that foliage. From a house constructed of paper to a grave with a view, we’ve rounded up the best and weirdest of the Northeast in this edition of Strange Americana.

Editor’s Note: For information on the latest pandemic-related travel requirements and advisories, be sure to check the Centers for Disease Control and Prevention (CDC) and official local and state websites. Due to the surge in Delta variant-related cases, all travelers should check into destination requirements regarding mask wearing, quarantine, and COVID-19 testing, even when traveling by car.

The Desert of Maine | Freeport, Maine

Known as Vacationland, Maine is a tourist hotspot thanks to its craggy beaches and delectable lobster. Outside of these coastal offerings, the New England state is also one of the country’s greenest, with pine forests stretching from Ogunquit to the Bar Harbor-adjacent Acadia National Park and beyond. So, that’s what makes this roadside attraction incredibly odd — and worth a visit.

For nearly 100 years, the Desert of Maine has attracted motorists to its 40 acres of sands. While it is replete with historic landmarks and interactive play areas for the little ones, it’s not really a desert. By definition, a desert remains under a certain amount of precipitation annually, and this slice of land has no trouble in that area. Instead, some poor farming habits — overgrazing, a lack of crop rotation — exposed the glacial silt beneath the plot’s topsoil. So, in 1925, it became kind of an anti-oasis — a patch of sand in an otherwise lively, greenery-filled area.

Located just north of Boston, this home is, as the name suggests, made of paper. Well, varnished newspaper, to be exact. And it’s not just the wallpaper — it’s the house’s doors, and walls, too. And it’s remained standing for a whopping 80 years! (The house has really weathered some rough New England winters.)

Its builder started construction in 1922 as a little hobby — and the project grew. Soon, even the furniture inside was being made from the namesake material. In total, it took about 100,000 newspapers to create the house, and the walls alone required 215 layers of paper to be stuck together with homemade glue (flour, water, apple peels). If you’re looking to see this one up close, you can visit it daily between April and October.

From Newport’s iconic (but bewildering) mansions to the Big Blue Bug off of I-95, Rhode Island is a small state packed with oddities and one-of-a-kind gems. If you’re familiar with the Ocean State’s charming Charleston, you might think of relaxing on the beach or eating oysters, but that’s not all the popular summer spot has to offer.

Despite the odd name, Charlestown’s hidden gem is actually a bunch of converted barns that house shops stocked by local craftspeople. Not into shopping? Lounge in the lush gardens or take in some of the folk art. The Fantastic Umbrella Factory also allows food trucks these days, making it a pretty delicious stop, too.

Nestled in Connecticut’s Litchfield Hills is a sculpture park created by famed Yale statistician and artist Edward Tufte. Unlike a museum, which guides visitors along a route, Hogpen Hill encourages tourists to meander around its vast 234 acres. In fact, there’s an impressive five miles of walking trails.

Called “wild,” “whimsical,” and “grand” by big-name New England publications like The Boston Globe and Connecticut Magazine, Hogpen Hill is certainly worth the visit, especially if you head up during autumn. Not only will you see all the outdoor sculpture park has to offer, but you’ll be able to enjoy some foliage as well. For awhile Hogpen didn’t have a regular visitation schedule, but, more recently, it’s been open May through October. Book tickets in advance and know that you’ll likely be charged per car.

Though it’s been rumored to have previously served as a fire tower or a lookout tower during World War II, the Abenaki Tower was actually built in the 1920s to give visitors a bird’s eye view of Lake Winnipesaukee and the Belknap Range. If heights don’t freak you out, the gorgeous view is worth the 1/4 mile walk to (and short climb up) the tower.

This attraction is unique for several reasons. Unlike most of New Hampshire’s towers, it’s completely wooden — but sturdy! — and features a peaked roof. While the original 1924 tower was torn down, the current one has been standing since 1978 and offers just-as-spectacular, panoramic views of Moultonborough Bay, the Ossipee Range and Lake Winnipesaukee. Open year-round, the tower is free to all visitors.

As far as old New England cemeteries go, there’s nothing too out of the ordinary about Evergreen Cemetery in New Haven, Vermont. Well, except for one particular grave. Unlike those around it, it boasts some great views, in a manner of speaking.

The plot in question belongs to a 19th-century doctor, Timothy Clark Smith. As he grew older, Smith became increasingly afraid of being buried alive, so he came up with a solution of sorts. Designed by Smith himself, the doctor’s tomb contains a set of stairs as well as a window, centered over his face — just in case a mistake was made. Due to the age of the glass and all the moisture that’s collected, you can’t see too far down anymore. Still, it makes a worthwhile, spooky visit if you’re in the area.

For those who are in tune with spirits — or who’d like to be — Lily Dale Assembly might be the road trip stop to top them all. Located in Chautauqua County, New York, the residential community of 275 people still practices Spiritualism, a religious movement that swept the nation in the 1800s.

At its height, Spiritualism reportedly garnered eight million followers across the United States and Europe. The draw? According to Spiritualism’s practitioners, the spirits of the dead do exist — and they communicate with the living. Every year thousands of visitors come to the grounds to learn more about mediumship, spiritual healing, and the paranormal.

In the early 1960s, Centralia, Pennsylvania was a bustling coal town. However, things changed in 1962 when a fire started in the town dump. Rather quickly, the fire spread beneath the valley and into the coal mines.

As a result of a coal mine fire burning beneath the ground, the Columbia County whistle stop has become a near-ghost town. Toxic gas and smoke rise from cracks in the roads along stretches of the partially closed Route 61, and high levels of carbon monoxide and sinkholes keep many folks from settling nearby. These days, about a dozen or so people call the area home — and that subterranean fire still burns.

Built in 1881 by real estate developer James Lafferty, Lucy the Elephant turned a whopping 140 years old in 2021. Last year, on the elephant’s 139th birthday, the avenue was renamed Lucy Plaza. Today, the giant roadside creature is the center of the popular Elephant Hotel.

Margate, New Jersey’s six-story elephant has been restored after enduring much wear and tear over the years. In fact, Lucy is the most popular non-gaming attraction in the greater Atlantic City region, which earned the colossus an official historic landmark designation.

Without a doubt, a true cabinet of curiosities certainly deserves to be on our list. Enter Delaware’s Oddporium, a museum/store hybrid that’s self-described as a “gallery of the peculiar and the bizarre.” All of your standard fare — pigs in jars, human skeletons, mournings pins, etc. — is on view.

Ken and Beth Schuler created this gallery as a place to educate people on the unusual history of America. There’s no doubt that the The Oddporium could give Ripley’s Believe It Or Not! a run for its money. Even though its wholly bizarre, there is something strangely captivating about the history it preserves, making it a fine example of Strange Americana. 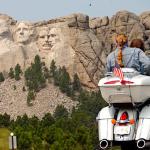 Strange Americana: The Best Roadside Attractions in the Midwestern States
2 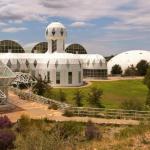 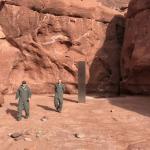 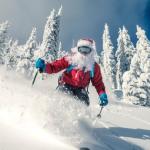 Strange Americana: 9 Mysterious and Merry Holiday Attractions Across the U.S.
5