Is Sustainable Aviation Fuel the Future of Aviation?

In today’s modern era, aviation technologies are constantly fighting climate change. As a result, aviation stakeholders have been busy developing a sustainable alternative for jet fuel.

Electric and hydrogen propulsion were initially touted as alternatives to jet fuel, but these innovations take longer to put in place. Fortunately, research experts have identified a new way for the aviation sector to help the environment.

Enter sustainable jet fuel, also known as sustainable aviation fuel (SAF). With sole biodegradable waste as its source and the capacity to reduce carbon emissions, SAF may be the future of aviation.

What is Sustainable Aviation Fuel?

How is Sustainable Aviation Fuel Made?

How is Sustainable Aviation Fuel Eco-Friendly?

Traditional jet fuel packs a lot of energy density that helps power commercial flights. The aviation industry has continually grown over the years to register 2.5% of carbon emissions to the environment. Additionally, fossil fuels are finite; the more jet fuel we use, the closer we get to permanently reducing the availability of fossil fuels in the environment.

The process of making SAF is also carbon neutral. Sustainable jet fuel comes from renewable biodegradable waste. The plants grown for producing SAF absorb a certain level of carbon dioxide from the atmosphere. Approximately the same amount of carbon is released during the combustion process when SAF made from biomass, which is roughly equivalent to the carbon eliminated through burning. Additionally, manufacturers also purify sustainable jet fuel from other harmful emissions like sulfur.Sustainable jet fuel comes from renewable biodegradable waste.

Is Sustainable Aviation Fuel the Future of Aviation?

According to The U.S. Department of Energy Bioenergy Technologies Office, the benefits of using sustainable jet fuel are immense. Beyond lowering carbon emissions, SAF creates new economic opportunities for farmers, manufacturers, and construction workers to work in advanced bio-refineries. It conserves the environment and improves aircraft performance.

Although SAF is not yet widely available, a number of airlines are beginning to invest in this clean technology. In 2021, United Airlines became the first airline to use sustainable jet fuel on a commercial flight. This marked a big leap towards its journey to 100% adoption in the industry.

However, a number of challenges must be addressed before sustainable jet fuel can be widely adopted, including the need for more reliable and cost-effective production methods. It is currently more expensive than traditional aviation fuel, but its price is expected to decrease as production increases. If these challenges can be overcome, sustainable jet fuel has the potential to play a major role in reducing the environmental impact of aviation.

There are a number of reasons why sustainable jet fuel is so appealing to the aviation industry. First and foremost, it can help to significantly reduce emissions of carbon dioxide and other harmful pollutants. It has the potential to be less expensive than traditional fossil fuels. It is a renewable resource that can be replenished over time. Given the advantages sustainable jet fuel has over traditional jet fuel, you may be wondering why more airlines aren’t using SAF.

According to Reuters, the cost of sustainability is relatively high compared to traditional jet fuel. These high costs result from the availability of feedstocks and the technologies available for production. With increasing demand and more passengers understanding the value of sustainable jet fuel, the supply may increase and lower costs in the future. The hope is that the future will present more efficient technology to encourage lower customer pricing.

Long-term government policies may increase SAF investment due to reduced investment risks. These policies include investment, subsidy, and tax break policies. Research and development will play a big role in production techniques and innovative feedstocks. Meanwhile, some airlines are offering customers the option to use sustainable jet fuel at an extra cost.

Eventually, SAF will tip traditional jet fuel over to become the primary source of aviation fuel. With the combined efforts of stakeholders in the aviation industry, federal government agencies, and consumers championing sustainable jet fuel, there is certainly a compelling reason for making SAF competitive with traditional jet fuel. 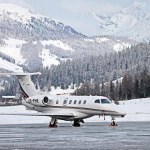 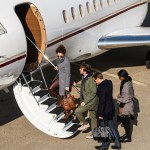 Beginner’s Guide: How to Rent a Private Jet In A Few Easy Steps
3 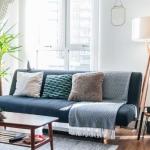 Is an Airbnb Rental Still Safe and Practical Amidst The Pandemic?
4 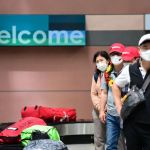 How Has the Pandemic Changed Air Travel?
5 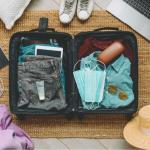