Canada has breathtaking landscapes and cultural diversity. The country boasts coast-to-coast mountains, waterways, forests, plains, and fantastic cities. The key to exploring this amazing country is to time your visit so you can enjoy the features that interest you most. Traveling to Canada alone or with a group of family or friends can be an exciting and memorable experience. Plan ahead to make sure you have time to visit all the places on your list. Use our Canada travel guide to help you research.

This bountiful country reaches from the Atlantic Ocean to the Pacific Ocean and even northward, touching the Arctic Ocean.

Due to this vastness, there are many ways to access Canada easily by air, sea, or land.

Before planning your trip and boarding a plane, check in with the country’s latest version of ArriveCAN. This app is used by any foreigner traveling to Canada – even those simply crossing the border from America. The Government of Canada has created an easy questionnaire to determine which travel documents are required based on your travel plans.

Canada sits in the northernmost part of North America and has the longest coastline in the world. Due to the vastness of the country and the many geographic features (i.e., mountains, forests, coastlines), there are eight distinct climate zones. Moving west to east, they are:

Due to its location, many of the climate zones are classified as cold, colder, and coldest because about 40% of Canada sits inside the Arctic Zone.

Best Time to Travel to Canada

Timing your visit to Canada will depend on what your plans are and which regions you are visiting. Our Canada travel guide will give you some ideas on when to visit:

What to Expect When Visiting Canada

Currency: If you are from the United States, then most places in Canada will accept your US currency. However, it is recommended that you exchange your US dollars for Canadian dollars. The Bank of Canada can provide exchange rates for all currencies. You can purchase Canadian dollars when you enter the country.

Credit Cards: Of course, you can always use credit cards, and most ATMs in Canada can provide cash advances on your credit card or debit card. Some travelers prefer using credit cards because it ensures the most current exchange rate will be applied to your purchases. Credit cards also provide other purchase protections when traveling abroad. Check with your credit card company before traveling to Canada.

Language: As a long-time member of the British Commonwealth, Canada still claims English as the official language. The dialect, however, is unique to Canada and incorporates elements of the Queen’s English and the US English version. Visitors will want to be aware of one important exception to the English-speaking country: the province of Quebec. There is a long French heritage in Quebec, and since 1974 French has been the official language.

Plugs: You may need a power adapter to convert the plugs and the voltage for your handheld electronics. Canada uses 120 Volt type A and B plugs. But, if you are driving up from the US, the outlets and voltage are the same.

Safety: Safety is top of mind for everyone today, and Travelers should prioritize health and safety when visiting Canada. Follow the rules and advice of Health Canada and their Canada travel guide to keep yourself and your family safe while visiting. Plan carefully for the activities you hope to enjoy. Canada’s backwoods and rugged beaches can be safety hazards if you do not have the proper gear or take precautions. This includes traveling in pairs and always letting someone know where you are hiking or swimming.

Deciding which places to visit on your trip to Canada can be hard. The country is vast, and you cannot see everything you want in one trip to Canada. Do not worry because any province you place on your itinerary will include stunning scenery.

Off the Beaten Path – Sustainable Destinations

When planning your trip to Canada, you may not be able to resist the draw of the regal Canadian Rockies in the western provinces or the rugged northern coastal fjords found in the Auyuittug National Park. Environmentalists and conservationists are especially interested in sustainability. If this sounds like you, then check out the National Marine Conservation Areas to learn more about visiting places like the Fathom Five National Marine Park or Gwaii Haanas National Park Reserve. 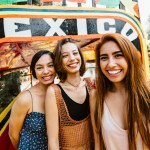 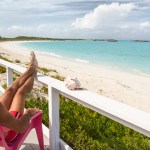 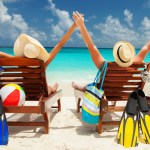 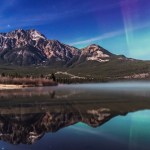 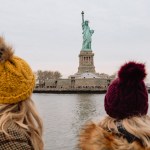