What You Need To Know About Budget Airlines

Saving money wherever you can is important. Couponing, accumulating rewards points for discounts, and finding killer deals are great ways to save extra cash. Historically, one place you couldn’t save money was at the airport. Plane tickets had exorbitant costs, and passengers were generally wealthy or traveling for business. Many people had to save up for months to afford plane tickets. Luckily, some airlines caught on to the money-saving trend and implemented low-cost flight programs for travelers on a budget. What is a budget airline or a low-cost carrier? What is included in the price of a ticket? Are there any hidden fees? Read on to learn more about budget airlines.

The History of Budget Airlines

With the foundation laid for a successful budget airline business model, Southwest Airlines launched in the early 1970s — and many carriers followed suit, offering lower prices to keep up. For example, the average cost of a round-trip domestic flight in 1990 was $566, and by 2019, the average cost of the same trip fell to $367.34. As airlines innovate new ways to cut operating costs and pass savings down to the passenger, prices continue to drop.

The newest wave to hit the airline industry is the Ultra Low-Cost Carrier. These barebones airlines offer cheap fares to passengers willing to fly with few amenities. Spirit Air and Allegiant Air are the two largest ultra-low-cost carriers in the United States.

What Is Included in Budget Airlines?

Services on low-cost airlines are limited. For many carriers, the price of the seat includes nothing more than just that — the seat and one personal item. Any additional items will usually cost you extra. Most budget airlines do not serve food, and some do not even have beverage service. Look up information about what is included in your ticket price before booking a budget flight.

Whether traveling for business or pleasure, the biggest advantage of flying on a budget airline is the money you’ll save. For example, a round-trip ticket from Dallas-Fort Worth to NY LaGuardia can be about $300 through American Airlines (depending on travel dates). The same trip will cost you less than $100 if you book with Spirit. That’s about $200 that remains in your wallet!

Just because budget airlines cost less does not mean your airplane will be less safe. Budget airlines follow the same safety standards as classic carriers. So, your plane will be in tip-top shape regardless of your airline. In fact, many budget airlines purchase brand new planes for their fleets which means you’ll be able to see the latest flight technology in action.

Low-cost airlines can provide relief and satisfaction for passengers on a tight budget. However, it is important to know there could be some disadvantages to flying cheap.

Because the overhead is lower for cheaper flights, budget airlines make their money in other places. You may notice that some carriers charge for checked bags which can get expensive pretty quickly. You may even be charged for additional carry-on items as well. If your airline does provide meal or beverage service, expect to pay for each item.

Many budget carriers offer flights with extreme departure and arrival times, and some even have multiple connections and layovers. If you want a nonstop flight, they are generally more expensive. Keep this in mind if you need to get to your destination in a hurry.

It is important to remember that you may not be refunded for cancellations and may not be able to change your flight if something comes up.

While you will save a good portion of money choosing a budget airline, it is easy to rack up extra fees if you aren’t careful.

What Airlines Are Considered Low-Cost?

Keep in mind that these fares are base fees, and most do not include extra amenities like seat selection, extra bags, food and beverages, or priority boarding.

You can save a lot of money by booking your flight with a budget airline. However, you must be willing to plan ahead, pack lightly and prepare for extra fees if you require additional accommodation. Low-cost airlines offer convenient and inexpensive options for travelers on a budget. 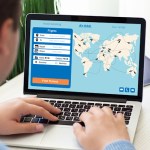 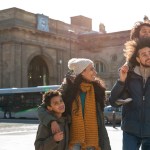 Family Travel on a Budget: 13 Tips for Vacation Savings
3 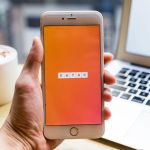 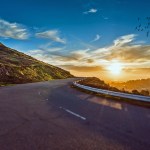 5 of the Best Budget Bus Companies in the U.S.
5 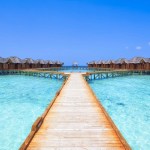