Learn About These Purrfect Cat Festivals This International Cat Day

In ancient Egypt, wealthy families dressed their cats in elegant jewels because they believed cats had magical powers. Nowadays, cat culture has co-opted how we communicate. Who hasn’t emphasized their text messages with whatever cat .gif fits the mood?

The way we honor and appreciate our furry felines has expanded in ways ancient Egyptians never thought possible. They set the bar, but we’ve truly raised the stakes. Gather your furriest housemates and check out these far-out cat festivals from around the world.

The Edmonton Cat Festival was the first large-scale cat festival in Canada when it launched in 2014. Every year the festival brings together upward of 3,000 cat lovers to celebrate cat culture while raising money for cat rescues and charities. And every year, the festival donates 100% of the proceeds to local rescue organizations to help cats in need. Since its first event in 2014, the festival has donated $112,000 to local rescue centers.

If you’re a cat lover, this is the place to go. There are plenty of booths with cats up for adoption, but there are also displays for show cats and photo booths for you and some of Instagram’s most recognizable cat celebs. Of course, if you need a break from the real deal, you can indulge in cat face painting, cat board games, cat videos and lots of vendors selling everything from cat jewelry to cat furniture.

They claim it’s okay to bring your cat to the festival, but make sure your furry friends are comfortable in larger groups. They also have cat yoga and cat cosplay costume contests, so be prepared to lean into some cat-crazed activities.

If you’re a fan of competitions — and cats, of course — then this is the festival for you. The Cat Fanciers’ Association was founded in 1906 as a non-profit association of member clubs. It’s the world’s largest registry of pedigreed cats, and their International Cat Show is where the finest felines compete for “Best in Show.” Over 1,000 cats from around the world make their way to Cleveland to be judged in 45 different pedigreed breed categories to compete for the blue ribbon.

In addition to awarding a “Best in Show” title, the CFA also holds agility competitions, cat costume contests and a human CatWalk costume contest. But it isn’t just all about fighting for first place. The CFA also has the talented Savitsky Cats to entertain attendees. They first crawled into the spotlight in 2018 on America’s Got Talent, where the cats and their trainers dazzled the judges with their obedience and acrobatic tricks.

If you don’t have a chance to catch these crafty critters at the International Cat Show, you could always head out to the Big Apple Circus. The Savitsky Cats are the latest acts to join the long-running circus.

If the CFA International Cat Show feels a bit too competitive by nature, then the NY Cat Film Festival is the right place for you. The annual festival travels all year to cities across North America and features a two-hour collection of short films about cats. To make your viewing experience even better, each location they screen in collects funds to donate to a local animal welfare group.

The Cat Film Festival always keeps things exciting with a diverse collection of cat clips. In the past, the selected short films have shared triumphant tales of cats who defy adversity, like Akamatsu, who lost movement in both his hind legs, only to find a new lease on life via a new set of wheels. Recently, they also shared Guardians of Recoleta, a documentary short about the lives of cats that lived in a popular tourist landmark in Buenos Aires and were cared for by the locals.

Don’t worry if you’re bringing little cat lovers with you, because the festival always has a little something for them too. Animated shorts, like ART’s Automotive, offer younger viewers a cartoon break from the more sentimental, serious shorts.

This year there’s an option to stream these films! Now anyone can join in on the fun, even if the festival isn’t showing in a theater near you. Head over to the streaming section of their website (you may need to download Tubi to stream some of these films), and enjoy the festival from the comfort of your own home.

Kattenstoet is a gigantic cat parade held every three years on the second Sunday of May in Ypres, Belgium. Ever since its first run in 1955, the parade commemorates a tradition from the Middle Ages when cats were tossed from the top of a medieval tower to the town square below. Historians have suggested that it was a symbolic gesture to ward off witches and evil spirits.

That hasn’t happened during Kattenstoet since 1817. Nowadays, a court jester tosses toy cats for children to catch, and the parade is much less morbid. Attendees are encouraged to dress like cats, mice, witches or historic townspeople and cheer as the bands and parade floats march around the town square. When the court jesters gather after the parade to toss the plush cats into the crowd, the lucky kids who catch them get to make a wish. It’s a much better scenario than the medieval tradition of tossing cats off of towers to reduce the cat population.

Kattenstoet was scheduled for May of this year but was canceled due to Covid. Our paws and whiskers are crossed that the next time the festival comes around, we’ll all be ready.

Every October cat enthusiasts flood the streets of Tokyo for the Bakeneko Festival. Japanese folklore says that, as cats grow old they begin to develop supernatural powers. These bakeneko, or changed cats, look like normal cats initially, but soon grow large, begin to walk upright, and can shape-shift into human forms. Some of these cats in human form are believed to impersonate their masters and dance around, while at other times they can summon fireballs or even reanimate corpses.

Kagurazaka was also the setting for “I Am a Cat”, written in 1906 by Natsume Sōseki. The satirical novel, told from the perspective of its feline narrator, continues to be assigned to school children in Japan today. Put all of this together, just weeks before Halloween, and you have the perfect setting for a ghoulish celebration of cats. Anyone can join the parade- just be sure to bring your ears and whiskers, as costumes are key to this celebration.

Want to go to a cat festival in a mansion? We thought so! CatFest is the UK’s largest cat festival, and happens every summer at Beckenham Place Mansion in South London. CatFest is a chance to pick up some cat-inspired crafts, meet celebrity felines, and possibly leave with your very own kitty companion. 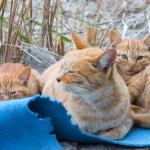 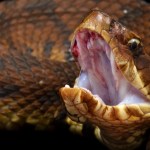 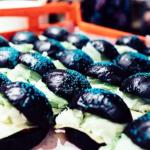 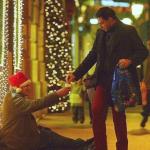 The Most Generous Countries in the World
5 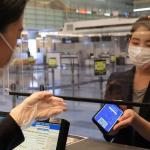