Clubhouse 101: Could Audio Chat Apps Help With Your Pandemic Fatigue?

Chances are you haven’t heard about Clubhouse, the latest, greatest social media app. And, in some ways, that’s by design. Right now, this audio chat app requires an invitation, but, even so, membership has recently exploded. With that rise in interest, the app’s valuation has also surged. So, are people really that excited about an exclusive, virtual invite? Or did Clubhouse just arrive during an apropos time — one that sees folks struggling with both isolation and pandemic fatigue?

While much of the social media landscape is a veritable free-for-all, Clubhouse is keeping things a little more exclusive — at least for now. While anyone can download the app, you’ll need an invite from a current Clubhouse member to actually use the app. On Clubhouse, celebrities, influencers and thought leaders mingle with “everyday people,” which, undoubtedly, is part of the appeal.

Another part of the appeal? While other social media apps rely on text and images, Clubhouse is all about audio. In the app’s “chat rooms,” one person, or a small group of people, speak at a time, while other members listen in. In a way, it’s like a conference call, but with the conversational quality of old-school three-way calling. Of course, while the audio-based app may be fostering a sense of community and connection for Clubhouse users, it’s hard to deny the FOMO that plenty of wannabe Clubhousers are likely feeling.

How Does Clubhouse Work?

If you’re into sending voice messages to friends, turning off the video feature on Discord or Zoom, or, you know, calling someone up on your cell, Clubhouse will likely appeal to you. Unlike other social media and messaging apps, the whole point is to listen and engage in conversation, free from any “likes” or photos. In some ways, this might sound like reinventing the wheel (or phone), but Clubhouse does offer a somewhat unique experience.

For one, Clubhouse users are afforded some level of conversation curation. When signing up, you’ll be asked to select which topics (and people) interest you, and, much like Instagram or Twitter, the app will then recommend people and clubs that align with those interests. By joining clubs and following fellow members, users lend a hand to the curation of their homepage, which provides insight into activity. There’s also an explore page, which, like TikTok’s for you page, provides follow and club suggestions.

Interestingly, conversations are live — never to be repeated — so if you’re not listening in at the right time, you might miss something exciting. Unlike the stilted chatter happening on video-conferencing platforms, conversations on Clubhouse flow pretty organically. Sometimes, however, you’ll stumble across a room that feels more like a TedTalk. Most recently, Elon Musk discussed his thoughts on the GameStop stock frenzy. Even if you aren’t a well-known celebrity, you can start a room.

In fact, most clubs start as chat rooms, which lend themselves to roundtable-style discussions where moderators can pass the virtual microphone to anyone who wants it. So long as a room is public, anyone can listen in, even if they don’t join the particular club or follow its speakers. If you lurk in a random room, that’s known as “dropping in,” and, if you’re speaking, that’s referred to as being “on the stage.”

How Do You Join Clubhouse?

As we’ve established, Clubhouse is invite-only, and there are safeguards in place to keep the experience exclusive. For example, existing members aren’t allowed to distribute invitations as they please. Instead, each user can only invite an additional two people into the app’s fold. As members use the platform more frequently, they are rewarded with additional invites, though there doesn’t seem to be a clear rhyme or reason behind when these extra invites are doled out.

To invite someone to Clubhouse, you’ll need that person’s phone number since all invites are sent via text. Apart from making things logistically easier, this ensures that invitees have at least a surface-level relationship with whomever summoned them to Clubhouse. Moreover, Clubhouse also has a staunch policy against paid invites, which they hope will foster a spirit of community and genuine connection.

In short, when it comes to Clubhouse, it really is who you know. And while developers are working on an Android version of the app, users will also need an iPhone since, for now, the app only runs on iOS.

Is Clubhouse the Cure to Pandemic Fatigue?

Over a year into the COVID-19 pandemic, we’re all feeling more than a bit fatigued. We’re fatigued by the constant isolation, the constant precaution, the constant video-chatting on Zoom, the constant vigilance and accompanying anxiety. In short, we’re tired of the whole thing. And, despite the vaccine rollout promising a sense of normalcy in the near-future, the pandemic fatigue has certainly set in.

A year ago, we were all thankful to work remotely and join Zoom meetings, and excited by the prospect of Zoom happy hours with friends and family on the weekends. But, now, it’s becoming more and more apparent that video chatting, even for just a few hours a day, is exhausting. So, the question remains, is Clubhouse the answer to Zoom fatigue — and, to a greater extent, pandemic fatigue?

On the professional side of things, Clubhouse presents a great networking avenue. With this in mind, if part of your pandemic fatigue stems from career strife or unemployment stress, Clubhouse might help you make connections — or stumble into an interest that might develop into a professional move. Additionally, the relief one feels of not being on video while chatting — of chatting without worrying about your appearance or mannerisms — might encourage you to schedule more phone calls, and less Zoom meetings, at work.

On the personal level, Clubhouse does what many forms of social networking do: it (safely) unites disparate folks around common interests. And, of course, that means more than ever during these isolating times. “The informal nature of the platform means there is really something for everyone,” The Cut points out. “Conversations range from debating the latest Real Housewives drama alongside the Housewives themselves to informed political commentary by highly regarded reporters.”

While helping folks take a break from video-chatting is a welcome relief, that doesn’t mean Clubhouse is without glaring flaws. In fact, even at this stage in its development the app has been plagued with content moderation issues, causing many members to suffer verbal abuse from fellow users. Like Twitter and Facebook, Clubhouse has been called out for not banning hate speech and those who espouse it.

In December of 2020, for example, Twitter user Rhian Beutler (@rhiankatie), who once moderated a popular trivia room on Clubhouse, tweeted, “I come as the bringer of bad news bears — I think trivia is over for the foreseeable future. I can’t continue to bring positive things in wake of the continued lack of action by [Clubhouse] in the face of anti-semitism, homophobia, transphobia, misogyny, racism, [etc.].” While Clubhouse stated that it “unequivocally condemns” hate speech and bigotry, what a 2020 Vanity Fair deep-dive pointed out is hard to get around: because Clubhouse is so ephemeral, it has “become a haven for the powerful to flirt with misogyny and racism.”

All of this to say, Clubhouse isn’t a cure-all, nor is it free from the toxicity that plagues most social media and networking platforms. However, it’s clear that the app has tapped into something — and, now, big-name competitors are scrambling to replicate Clubhouse’s voice-based chat app.

Why Does the FDA Still Ban Blood Donations From Some Gay, Bi+ & Queer Men?
2 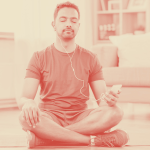 Calm 101: A Must-Have App for Supporting Your Mental Health?
5 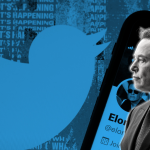