Boycott vs. Strike: Here’s the Difference — and Why It Matters

When it comes to exercising your power to make a difference, either as an individual or as a collective group, a few key terms come to mind. Of course, there’s protest — but there are also other actions you can take, including boycotting and striking. But, although these efforts are a means of voicing your opinion and leveraging your sway, the terms aren’t interchangeable. So, what’s the difference between a boycott vs. strike? Let’s explore just that — and why getting the words right matters.

Boycott vs. Strike, Defined: What Do They Mean?

According to Dictionary.com, a strike is defined as “a concerted stopping of work or withdrawal of workers’ services, as to compel an employer to accede to workers’ demands or in protest against terms or conditions imposed by an employer.” Meanwhile, the site notes that boycotting, when used as a verb, means “‘to abstain from buying or using’ in an effort to take a stand or make a statement.”

Even with their definitions on hand, the two words seem similar, so it’s not hard to understand why folks use them interchangeably. However, they aren’t synonyms. There’s a difference for a reason, and it all boils down to who is taking the action. That is, an employee strikes, but a consumer boycotts.

Boycott vs. Strike Controversy as Seen in the 2020 NBA Playoffs — and Across Pro Sports

Pretty simple, right? Defining a boycott vs. strike may not be that challenging, after all. But if it’s that straightforward, why did The New York Times, as recently as a few years ago, misuse the terms? Clearly, even big-name publications view the words as somewhat interchangeable. But the difference matters — a lot. So, let’s take a look back at the event that led to The Times‘ misprint.

On Wednesday, August 26, 2020, Game Five of the Eastern Conference First Round of the National Basketball Association (NBA) Playoffs was meant to take place, but the AdventHealth Arena at ESPN’s Wide World of Sports Complex in Lake Buena Vista, Florida, remained empty. The Milwaukee Bucks refused to play in the wake of the police’s attempted murder of Jacob Blake, an unarmed Black man from Kenosha, Wisconsin. The Orlando Magic — the Bucks’ competitors in the playoffs — followed suit.

And, within a matter of hours, athletes across the NBA, Women’s National Basketball Association (WNBA), Major League Soccer (MLS) and Major League Baseball (MLB) refused to play games, too. In the world of tennis, the then-defending champ of the U.S. Open, Naomi Osaka, led the charge to shut down her sport for the day. It was a ripple effect felt across the world of pro sports. Needless to say, the NBA’s athletes made headlines by delaying play, but when news outlets reported on the situation, a new controversy struck: Was the refusal to play a boycott or a strike?

Although various NBA athletes — and even the Bucks’ management staff — used the word “boycott,” that may not have been the right choice of words. Representative Alexandria Ocasio-Cortez (D-NY; @AOC) even called out The New York Times‘ front-page headline, tweeting, “You need to change [the boycott headline] to STRIKE.”

In a follow-up to the controversy surrounding the word choice, The Times interviewed a few experts, including Thomas Lenz, a labor lawyer and law lecturer at the University of Southern California. “Asked about players’ use of the word ‘boycott,’ Mr. Lenz noted that calling it a ‘strike’ could have legal and financial ramifications,” Derrick Bryson Taylor wrote.

This is so because NBA stars have no-strike clauses in their collective bargaining agreements with the league. Luckily, the league sided with the players’ decision, but, in a way, the use of the word “boycott” alleviated any potential issues with a breach of contract, allowing viewers to focus on the players’ support of the Black Lives Matter movement.

What Is a “Wildcat Strike”?

Some have argued that the NBA players were trying to raise awareness — not exact demands from the league — and that “boycott” still feels more apt. But when speaking on the differences between a boycott vs. strike, Lenz rejects that notion, telling The Times that, most specifically, “It’s a wildcat strike in the sense that we didn’t know…this was going to happen” beforehand.

Long story short, Ocasio-Cortez was technically right. So, it’s time to change that headline, New York Times. After all, words matter. Professional athletes weren’t just abstaining from play as a stunt; they were making a powerful, unified statement.

Ahead of the 2020 U.S. Open, Osaka perhaps put it best in regards to athletes striking and finding other ways to leverage their platforms. “[B]efore I am an athlete, I am a Black woman,” she tweeted (@naomiosaka). “…I feel as though there are much more important matters at hand that need immediate attention, rather than watching me play tennis.” 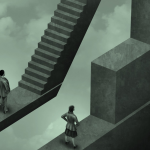 Equality vs. Equity: Here’s Why the Difference Matters
2 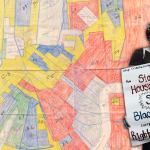 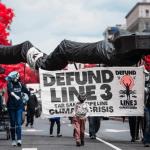 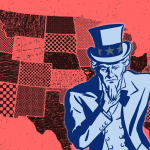 What Is a Gerontocracy — and How Does It Impact American Democracy?
5 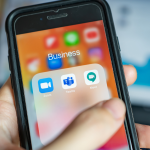