A New Lease on Life: Here’s Why the Death of the Mall in America Isn’t All Bad

We’ve heard the rumors for years: e-commerce will be the end of shopping malls and other in-person commerce centers. In the United States, the mall feels particularly emblematic of a booming past, and while times are certainly changing, this sector’s struggles aren’t anything new. In fact, American malls have been on the decline for quite some time.

There’s no doubt that the COVID-19 pandemic further changed the way people shop. Even small businesses found ways to move online as a means of keeping customers safe. But it isn’t all bad news when it comes to the so-called “death” of the mall in America — here’s why.

The Truth About the Death of the American Shopping Mall

While the COVID-19 pandemic certainly took a toll on businesses and reshaped the way we buy goods, it isn’t solely responsible for the demise of American malls. The truth? They’ve been suffering a slow death for quite some time now.

Immensely popular in the 1970s through the ‘90s, malls faced a popularity downturn at the turn of the century. But the shopping mall’s history might stretch back further than you think. Believe it or not, which retail space lays claim to being America’s first shopping mall is hotly contested. Some cite a Kansas City-based outdoor shopping plaza, which was opened in the 1920s, as the first of its kind. Others, however, point to The Arcade Providence, allegedly America’s first indoor shopping mall, which opened its doors in 1828.

Okay, but when you think of a mall, do you picture an indoor collection of storefronts, all anchored by larger department stores? If that’s the kind of thing you equate with shopping malls, then maybe you don’t put too much stock in either of those claims. That said, the first shopping center to reflect this department-stores-as-anchors model came about in 1956 in Edina, Minnesota. In many ways, the advent of the modern shopping mall went hand-in-hand with the general public’s increased access to cars and the growth of suburban areas.

“The mall was envisioned as a cultural and social center where people could come together and not only do their shopping but also make an activity of it,” Big Commerce notes. “By 1960, there were more than 4,500 malls accounting for 14% of all retail sales.” Monuments of sorts to both capitalism and mass consumerism, American shopping malls — while convenient — created a cookie-cutter culture at large. Whether you were in New York, Los Angeles or Detroit, you’d find most of the same chain stores in your local mall, after all.

In 2019, shopping malls across the country hit a 20-year low in sales, mainly due to the prevalence of e-commerce. This even more convenient method of shopping allows customers to not only buy items from the comfort of their homes, but it also means their purchases will be delivered to them. It’s hard to compete with that level of ease. And, as of late, this has led to many once-anchor stores — the large department stores that drew people to malls in the first place — to shutter. From Sears to JCPenney to Gap, no brand is immune to these changes in the marketplace.

Placating and Innovating: The Effort to Keep Malls Appealing

With shoppers able to purchase most goods online, the few mall tenants that have been hanging in there have had to find creative ways to attract customers. Ever feel like department stores, such as Macy’s, have constant sales? Well, many of these big-name brands tried to have regular and exclusive deals to drive the number of mall shoppers.

But impressive online sales aren’t unheard of, so setting those in-person events apart is tricky. Even “doorbuster” Black Friday sales just don’t have the same draw as they used to, especially with “Cyber Monday” becoming more like “Cyber November”.

In order to further increase foot traffic, many shopping malls across the country pivoted a bit; medical offices, gyms and more have set up shop in retail spaces once occupied by Hollister and GameStop, for example. A tenant is a tenant, after all, but, maybe, going to the dentist at your local mall will lead you to browse the remaining storefronts, right?

Well, despite these efforts, mass closures of underperforming stores has become the norm over the last decade or so. As a result, mall owners have been forced to play high-stakes musical chairs in order to keep stores occupied. In 2021, Business Insider reported that, “Roughly 80,000 stores are doomed to close in the next 5 years,” calling this trend the “retail apocalypse”. Not only have shoppers lost interest in shopping malls, but stores have, too.

Given that malls were already having a rough time before 2020, the mandatory global shutdowns didn’t help. For many brands or shopping centers, these shutdowns were the final nail in the coffin, so to speak. Convenient and safe, online shopping experienced quite the boom. To keep up with e-commerce giant Amazon, other big-name retailers like Target and Walmart started offering free two-day shipping, too. In short, the cards are really stacked against in-person shopping centers.

In 2020, malls hit a record closing rate — roughly 15% — and that rate shows no signs of slowing. In fact, Coresight Research estimates that 25% of America’s roughly 1,000 malls will close over the next few years. Clearly, the COVID-19 pandemic accelerated a process that has been well underway.

But retail spaces aren’t the only in-person facilities feeling this post-COVID shift. CNBC reports that Moody’s Analytics REIS found that both apartment and office development will be down, too, falling 15.6% and 10% respectively. For comparison, retail development is expected to fall about 15.7%. Maybe folks who have been itching to “return to normal” will flock to malls in this post-height of COVID-19 world — but it probably won’t be enough to redirect the sector’s overall trajectory.

So, Are There Any Upsides to the Death of the American Mall?

Feeling optimistic? You could say that every problem creates an opportunity for great solutions. That said, we may just have to reimagine shopping malls and repurpose those spaces to make them more useful in today’s world. Luckily, this innovation has already begun.

Presently, there are malls — or sections of malls — being repurposed into affordable housing. Remember the Arcade Providence? This historic Greek Revival-style building has been repurposed into a residential facility. The $7 million renovation has resulted in 48 low-cost micro-lofts — the rent is about $550 a month for a one-bedroom apartment, though there’s certainly an emphasis on shared spaces, and a lack of personal, in-unit amenities. Still, the building remains mindful of its past by offering 17 retail shops and restaurants on its ground floor.

California hopes to hop on this trend and turn empty malls into affordable housing. But there are barriers. For starters, rezoning malls into apartments isn’t easy. While California lawmakers want to tackle that issue through legislation, it’s not the only hurdle. “Cities who don’t really want to let go of that sales tax revenue,” David Garcia, a housing researcher at the University of California, Berkeley, told Marketplace. That said, some of these transformations might lead to more luxury-style apartments, not affordable housing, which isn’t optimal, especially not for various areas in California.

But apartments aren’t the only exciting solution when it comes to rethinking these vast spaces. Many malls have become offices for government agencies, such as the Department of Motor Vehicles’ (DMV) branches, or allowed businesses that focus on services or medical needs — cosmetic dental practices, hair boutiques, and more — instead of goods to move in. But that’s not all; some malls have pivoted to housing thrift stores, food banks, child- and pet-care services and other community-focused offerings.

Sure, there are less department stores and less chain stores, but these newly transformed spaces often provide their own value. At one time, shopping malls provided much-needed resources to the surrounding communities, but, now, these often-abandoned spaces are providing a new set of much-needed services and resources — all because we’re rethinking what we need most. 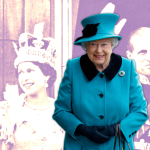