What Can We Expect From the January 6th Committee’s Investigation & Public Hearings?

During the insurrection at the U.S. Capitol Building on January 6, 2021, a mob of Americans stormed a joint session of Congress in an attempt to overturn the results of the 2020 presidential election. Over a year later, the bipartisan Select Committee to Investigate the January 6th Attack on the U.S. Capitol, which was formed by the House of Representatives, is still in the midst of their investigation.

The committee’s aim? To understand just how much planning went into the attempt to overturn the results of 2020’s free and fair election. Moreover, the committee wants to determine the series of events and who was involved so that they can recommend criminal charges against culpable individuals to the U.S. Department of Justice.

On June 9, the public hearing phase of the investigation will begin. With this in mind, we’re taking a look at everything you need to know about the so-called January 6th Committee, the ongoing investigation and what we can expect in the coming days and months.

What Happened on January 6th?

As has been reported, the mob that attacked the United States Capitol was motivated by several factors, but, primarily, many of the Americans who participated in the insurrection were upset about what they believed to be a “stolen election” and stormed the Capitol in an attempt to stop the certification of the results of the 2020 presidential election. Although likely motivated, at least in part, by the election results, other insurrectionists had reportedly violent intentions, hoping to overthrow the government or potentially kill elected officials.

The insurrection occurred in the wake of a “Save America” rally, which was organized by conservative groups that believed the former president, Donald Trump, was the winner of the 2020 election. With Rudy Guliani calling for “a trial by combat” and Trump’s son, Donald Jr., saying of Republican lawmakers, “If you’re gonna be the zero and not the hero, we’re coming for you,” many believe that high-profile members of the president’s team encouraged the ensuing violence.

Trump spoke at the rally too, declaring he would “never concede” and that Joe Biden would be an “illegitimate president”. Moreover, the former president called upon his then-vice president, Mike Pence, to overturn the results of the election, something outside the VP’s scope of power. The mob marched on the Capitol before Trump’s speech ended. As a result, five people died, and lawmakers, including the vice president, were rushed to safety.

Broadcast on live television, the events of January 6, 2021 were disturbing, to say the least. Several months later, in July of 2021, the first of the January 6th hearings began. It became increasingly clear that elected officials in positions of power were involved with the plan to overturn the results of the election. Even so, the bipartisan committee needs to make its case to the American people in order to hold those who were responsible for the insurrection accountable.

The Formation of the January 6th Committee

When it was formed, the committee itself wasn’t free from contention either. With the exceptions of Representative Adam Kinzinger (IL) and Representative Liz Cheney (WY) — and the 16 Republican lawmakers who abstained from voting — all Republicans voted against the formation of the committee. However, the vote to form the investigative committee passed 220–190. Composed of seven Democrats and two Republicans, the committee conducted hearings, starting with testimony from Capitol police who were attacked by insurrectionists.

As the hearings have proceeded over the last few months, it’s become evident that over 1,000 individuals were in some way connected to the uprising. In order to hold responsible parties accountable, the committee has called many high-profile politicians, including folks in Trump’s inner circle, to testify. While some of these people have been cooperative, others have refused to testify, creating a somewhat mixed bag of results.

Here’s Why the Investigation Has Faced Delays

Roger Stone, an advisor to the former president, and Micheal Flynn, Trump’s former security advisor, are just two of the individuals who have requested 5th Amendment protections for fear of implicating themselves in a crime by testifying. Others, such as Mark Meadows, Trump’s former chief of staff, and former Trump advisor Stephen Bannon, have chosen not to comply with the committee’s request for an interview, putting themselves in contempt of Congress.

But it’s not just individuals refusing to testify that has slowed the committee’s investigation, it has also been stymied by multiple lawsuits — lawsuits that are aiming to stop the release of records. While the former president has issued some of these lawsuits, others within his orbit, including John Eastman, have sought to stop the release of thousands of documents, too.

However, there are other costs associated with these delays, too. For example, Trump has started getting fined $10,000 a day for his refusal to submit documents. And, for the first time in U.S. history, sitting members of Congress — five in total, including House Minority Leader Kevin McCarthy (R-CA) — have been asked to testify to a congressional committee. These members had been offered opportunities to come in voluntarily, but refused.

But why submit lawsuits or create other delays? Some believe that those being asked to testify want to prolong the committee’s investigation until the 2022 midterm elections. Given that many of the individuals being called upon to testify about their involvement are Republicans, it’s been pointed out that a change in which party is controlling Congress could impact the outcome of the investigation — or the existence of the committee in general.

Moreover, while the main goal of the insurrection seemed to be overturning the results of the 2020 presidential election, the committee has also uncovered conspiracies by far-right extremist groups, like the Oath Keepers and the Proud Boys, to target Democratic lawmakers. The leaders of these groups, Stewart Rhodes and Enrico Tarrio, will face trial later this year.

How Will the Public Hearings Work?

Thus far, most of the investigative work has been taking place during closed-door interviews with those that the committee has called upon to testify. Once the committee has compiled all of this preliminary information, they’ll move into the public phase of the hearings. Set to start on June 9, 2022, the public hearings are the committee’s chance to make a case to the American people. So, what can we expect to see?

“We’ll tell the story about what happened,” Representative Bennie Thompson (D-MS), the committee’s chairman, said (via NY1). “We will use a combination of witnesses, exhibits, things that we have through the tens of thousands of exhibits we’ve interviewed and looked at, as well as the, you know, hundreds of witnesses we’ve deposed or just talked to in general.” As Thompson indicates, while witnesses can be called upon to testify in person, we’ll likely see video-taped testimony from previously interviewed individuals, including Donald Trump Jr., Ivanka Trump and Jared Kushner.

The main aim, of course, is to put together the series of events that took place on January 6 from the time the insurrection began until, hours later, Donald Trump told his supporters to disperse. With thousands of documents, testimony and phone and video evidence, the committee will seek to decipher whether the plan to overturn the election passes into coordinated conspiracy territory.

“It’s definitely clear that what President Trump was doing,” Representative Cheney told CNN. “What a number of people around him were doing. That they knew it was unlawful. They did it anyway.” Even though the committee has what they believe to be enough evidence to refer Trump for criminal charges, how the public hearings will play out remains to be seen.

It’s also important to note that the committee can’t actually press charges. Instead, they can recommend whether or not Attorney General Merrick Garland should pursue criminal charges against certain individuals. “We build investigations by laying a foundation,” Garland said in January 2022, indicating that the Justice Department will go after more straightforward cases first — and then pursue more complicated ones — as a means of holding as many people accountable for their actions as possible.

From the potential involvement of a sitting Supreme Court Justice’s spouse to the unprecedented events of the insurrection itself, January 6, 2021 will not be forgotten. In fact, the results of the committee’s investigation, much like the immediate response to the insurrection, will shape the future of our democracy.

What Is an Internet Hotspot? Here’s How Hotspots Work
2

What Is an Unblocked VPN — and Why Are They So Popular?
4 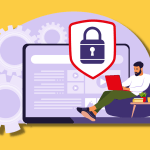 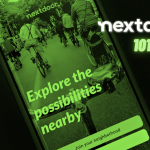