Megadrought: Why the Feds are Restricting Water to Western States

On August 16th the federal government announced water allocation reductions to Arizona and Nevada, restricting their access to water from the Colorado River. Arizona will need to reduce its Colorado River water usage by 21%, while Nevada will need to reduce its usage by 8%. The restrictions came after the Interior Department gave Western states 60 days to develop a new plan for Colorado River water allocation, as the amount of water in the river drops to record lows. It’s one of many significant ways that climate change is reshaping life in the country and across the globe (Mexico is also impacted by Colorado River levels).

From record-setting heatwaves to unprecedented wildfires and storms, new and undeniable evidence of the climate crisis seems to appear in our newsfeeds daily. While we have seen communities around the world ravaged by natural disasters, the water crisis is especially worrying.

While some Americans don’t have reliable clean water, many others are faced with worsening drought conditions. Odds are you’ve heard about the drought impacting the western half of the country; after all, these conditions, in part, have turned states like California into tinderboxes. But even the East Coast has seen less precipitation in recent years. And it’s no longer just a dry spell that we can ignore. In fact, experts have deemed this pressing threat a “megadrought.”

Of course, the term megadrought isn’t new, but it may be the first time many of us are hearing — or paying attention to — the phrase. So, what separates a megadrought from a “normal” period of drought? And, perhaps most importantly, what can we do about it?

Droughts are defined by less-than-average rainfall for a period of a few weeks, months, or, in some cases, years. During drought conditions, streams and rivers recede; water levels in lakes and reservoirs drop. “If dry weather persists and water-supply problems develop,” United States Geological Survey (USGS) notes, “the dry period can become a drought.”

Over time, the lack of precipitation creates even more problems. Think of the Dust Bowl, for example; the drought-stricken plains couldn’t sustain crops and, without anything but dirt and dust to blow around, the severe winds blew topsoil as far east as New York City and caused many folks living on the Great Plains to develop “dust pneumonia.”

All of this said, if droughts equate to dry weather that persists over time, then, following that logic, megadroughts are extensive dry periods, meaning that the extreme dryness associated with megadroughts persists for decades. “Within that period there may be occasional better, wet, years, but the respite is brief,” The New York Times reports. “The dryness soon returns and drought maintains its long-term grip.”

According to Smithsonian Magazine, only four major megadroughts have previously occurred in the American West over the last 1,200 years. Reportedly, the first megadrought occurred during the 800s, and was followed by similar periods of extensive and extreme dryness in the mid-11oos, 1200s and 1500s. If history is any guide, we’re due for another megadrought. However, since the late 1800s — which is when the Industrial Revolution kicked into full gear — our impact on the planet has led to a megadrought that may have even more devastating and lasting consequences.

Like megadroughts of the past, the current one overtaking the western United States — and much of the Southwest, in particular — was driven partly by natural changes and fluctuations, but there’s no denying that human contributions to climate change have exacerbated the problem. “Global warming has pushed what would have been a moderate drought in southwestern North America into megadrought territory,” a 2020 study published in Science notes. (For this project, researchers studied the rings of ancient trees to understand the past climate of western America — though soil moisture, among other indicators, also played a part.)

Jason Smerdon, a paleoclimatologist at Columbia University’s Lamont Doherty Earth Observatory and a co-author of the aforementioned study, spoke to Smithsonian Magazine about his findings. Notably, Smerdon believes that the drought we’re experiencing today would’ve been bad, but nowhere near rivaling the “heavyweight droughts” that occurred during the Medieval Era. Unfortunately, anthropogenic global warming has made this period of drought incredibly severe — and a rival to those severe droughts of the past.

“No matter which way you slice it, the clear indication is that the current drought ranks right up there with the worst in more than a thousand years,” Smerdon tells Smithsonian Magazine, “and there’s a human influence on this of at least 30 percent and possibly as much as 50 percent in terms of its severity.” In Arizona, California, Colorado, Nevada, New Mexico and Utah, the drought has lasted two decades, becoming more of a fact of life than anything else for the folks who live there.

However, that doesn’t mean we should (continue to) be complacent. “The magnitude of future droughts in North America and elsewhere will depend greatly on future rates of anthropogenic greenhouse gas emissions globally,” the study in Science concludes. “The effects of future droughts on humans will be further dependent on sustainable resource use because buffering mechanisms such as ground water and reservoir storage are at risk of being depleted during dry times.”

The Megadrought’s Impact on Our Planet

Evidence suggests that the megadroughts drastically changed life for those who lived through them. As reported by Smithsonian Magazine, for example, during the 12th century the Anasazi people left their cliff dwellings in Chaco Canyon, and according to scholars, this event is linked to the megadrought. That is, people abandoned their homes to search for reliable sources of water.

And the impacts of decades-long droughts reach far beyond dusty farmland and shrinking waterlines. A few hundred years later, the worst drought within the last 1,200 years may have contributed to untold loss of life in Mexico when the deadly cocoliztli epidemic killed nearly half of the Indigenous population.

Of course, European colonizers invading the the area was the primary cause of the epidemic since they brought the disease to the Indigenous communities in Mexico. But spread of disease is also affected by environmental context. In an effort to show how drought conditions can exacerbate community health conditions, a recent study asserts that “rodent hosts” carrying the disease were actually “aggravated by extreme drought conditions.” Clearly, intense periods of drought can have an untold impact on our communities — in so many different ways.

Smerdon says we’ve been susceptible to megadroughts before, but not of this severity. In 2016, the same researchers involved in the aforementioned Science study modeled the possibility of a megadrought lasting over 35 years. Their findings showed there’s a 90% probability of a megadrought occurring, and, to make matters worse, they posit that if climate change continues at its current pace the megadrought would likely occur before 2100.

Moreover, their latest research states that the period of drought between 2000 and 2018 was the second driest of all 19-year periods in the last 1,200 years. “[L]ooking at the data since 2000,” Smerdon says, “they’re definitely suggesting that we are currently on a megadrought trajectory.” Other experts take issue with the term “trajectory,” noting that we’re already entering the megadrought’s grasp. In fact these same experts note that 26% of the western U.S. is in “exceptional drought status,” and a staggering 96% is experiencing some kind of drought conditions.

When Will the Drought Conditions End?

Of course, climate science is both ever-changing and complex. Some readers may recall the buzz surrounding recent La Niña conditions, which occur when the Pacific Ocean cools and pushes storms north, thus increasing the likelihood of drought conditions in the American West. In contrast, warm-water El Niño conditions allow for precipitation to reach the American West, providing relief from drought. While these alternating conditions pose a more natural means of ending a period of drought (or, at least, regulating patterns), our planet’s rising temperatures make the impact (and occurrence) of these oceanic and atmospheric phenomenon less certain.

When asked by On Point‘s Meghna Chakrabarti if the so-called “aridification” of the American West would ever end, guest Brad Udall, senior water and climate research scientist at Colorado State University and the Colorado Water Institute, answered rather bluntly, saying, “No, it’s a new state, unfortunately.” Udall went on to say that although we may experience some breaks — that is, wet periods — the long-term trends will be “warming and drying.”

The very use of the term aridification is cause for alarm. While drought is temporary, aridification indicates something more permanent — a “new normal” of sorts. At the time of this writing, Lake Mead and Lake Powell, the biggest reservoirs in the U.S., were reported to be at 26% and 27% full, respectively. With droughts gripping the Pacific Northwest, the Southwest, and California — the state’s Lake Oroville was reported to be at critically low levels. It’s clear that the impacts of these severe, dry conditions are far-reaching and interwoven.

Is the Aridification of the American West the “New Normal”?

So, if the ongoing aridification of the American West isn’t going to end, how can we navigate these conditions? Mitigation is likely the only course of preventative maintenance. For example, according to the National Drought Mitigation Center, we “can save more than 100 gallons of water a month” by turning off the faucet while brushing our teeth.

Taking a more environmentally-minded approach to life can’t hurt, but individual actions aren’t the only thing we need to focus on. While using aluminum straws and composting are great, it’s clear that much of the needed change — or, at least, mitigation strategies — lie in policy-making. “That has been the approach to water management in the United States for more than a century… [W]e have been sort of enamored with the idea that we can engineer our way out of [this] problem,” On Point host Chakrabarti asserts later on in the episode. “And now we have a situation where that sort of thinking and, therefore, policy-making has not caught up with the environmental and climatic realities of the West.”

Now more than ever, making sound decisions around water use is essential. Since 2007, Arizona, New Mexico, Colorado, California, Utah, Wyoming and Nevada have been operating under a set of guidelines that manages a key resource in the American West: the Colorado River. In 2026, all the current guidelines and plans governing the use of this resource will expire, meaning that the time is now for thoughtful discussions about water management — and, hopefully, discussions that will take Indigenous activists, Water Protectors, leaders and communities into account.

Want to take action? Support and donate to organizations aiming to not just fight climate change, but promote climate justice as well, like Earthjustice. Moreover, prioritize Indigenous activists and Indigenous-led organizations that are leading the fight to preserve our water sources and land, including:

Of course, there are many, many other essential organizations, so, as always, be sure to seek out local groups in your community in addition to those with a more national reach. 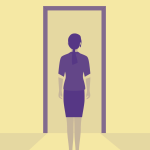 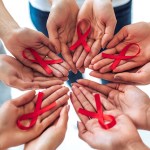 More People Are Cured of HIV… But Is It a Practical Way Forward?
3 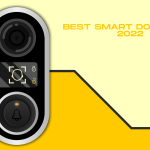 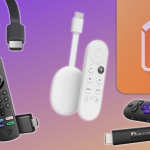