When the World Reopens, Should the Cruise Industry Recover? 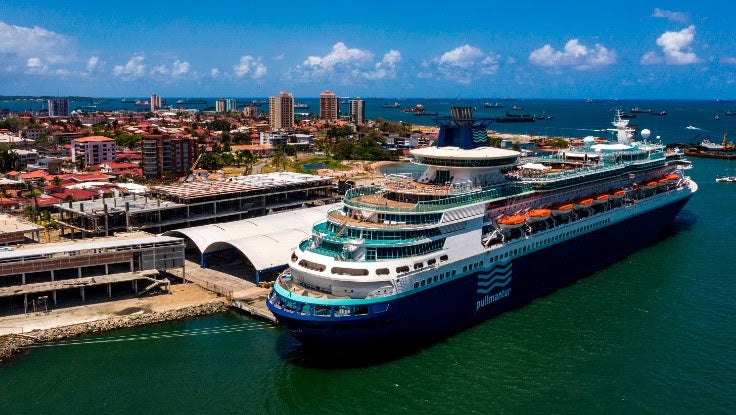 Tourists and adventurers have viewed cruises as the Holy Grail of travel for quite some time. We usually think of cruises as lavish vacations and associate them with older travelers and "rich" people, but since 2016, millennials have made up about 32% of cruisers. Their interest in luxury cruising continues to rise with each passing year — at least that was true until the COVID-19 pandemic hit.

From the very beginning of this health crisis, cruise lines came under fire when various ships revealed they had coronavirus outbreaks on board. In fact, the Diamond Princess, a luxury Princess Cruises ocean liner owned by Carnival Corporation, made headlines as one of the first cruise ships affected by the virus in February 2020, several weeks before countries around the world started shutting down on a large scale. The ship and its passengers spent most of the month of February quarantined off the coast of Yokohama, Japan, and more than a dozen passengers died from the virus. Another 700-plus passengers were treated for the virus and recovered.

Other ships were soon affected, prompting the Centers for Disease Control and Prevention (CDC) to issue a No Sail Order and direct all lines to cancel their cruises by mid-March 2020. In June, several international cruise companies set sail again in hopes of revitalizing the cruising industry — and outbreaks soon followed. Norway’s Hurtigruten cruise line took the hardest hit, with hundreds of passengers and crew members from several cruises testing positive by mid-July. Germany’s AIDA Cruises and Paul Gauguin Cruises in the South Pacific also experienced outbreaks. Due to the new outbreaks on ships, the CDC extended the no-sail order on cruise ship operations from U.S. ports of call to October 31.

Since the last order was issued, states and cities across America have continued to ease lockdown restrictions, and the CDC followed suit when the October deadline arrived by issuing guidelines for resuming sailings in and out of U.S. ports instead of extending the no-sail order. The current plan — subject to change for obvious reasons — will take some time to implement and requires passengers and crews to be tested at the beginning and end of sailings that are limited to no more than seven days. The ships must be outfitted with test labs, and the crew must be trained on procedures for testing and quarantining people on board, if necessary. The new regulations give cruise lines a path to resume sailing, but it will take some time to complete all the requirements and make it happen. As a result, U.S. companies have canceled cruises (previously set to resume on December 1) through the end of the year.

In the meantime, more people than ever before are asking questions about the safety of cruises. The pandemic has raised awareness with the general public about the health and safety issues passengers face on board these mega-ships. What exactly are the hazards of sailing away on a cruise vacation, and can anything be done to save the industry at this point? More importantly, should we even try to save cruises, or should we let this former travel niche sail away toward a watery grave?

Even before the 2020 coronavirus outbreak, cruise ships were notorious for the health risks they posed, often in the form of viral outbreaks. That many enclosed, shared spaces are inevitably going to turn into hotbeds of virus and bacteria activity, even if they are cleaned consistently. That means when you take a cruise, you run an even higher risk of catching everything from common colds to life-threatening illnesses, regardless of whether the world is in the middle of a pandemic, but viruses certainly aren’t the only health hazards on board. 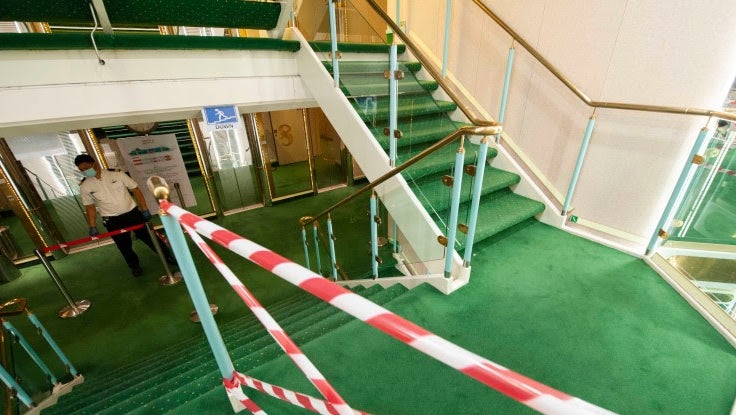 Mosquitoes all over the world — even right here in the U.S. — carry some nasty and even deadly diseases, and they come on board right along with passengers everywhere the ship docks. If you travel to locations where these insects live — almost anywhere that isn’t frozen — you could catch anything from dengue fever and chikungunya to West Nile virus and Zika, all mosquito-borne illnesses that are no laughing matter.

Cruise ship doctors are trained in emergency medicine for common illnesses and accidents, but most aren’t equipped to handle every potential health concern, particularly because the infirmaries in which they're working "are typically equipped to treat only minor nonemergency conditions." 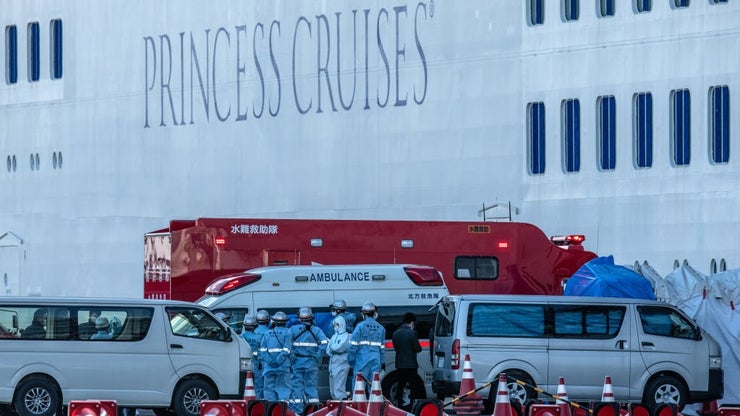 Think of the medical facilities on board as being more like urgent care clinics that provide basic outpatient services than like hospitals with full care capabilities. You won't find intensive care units or MRI machines, but many cruise ships are equipped with small X-ray machines and potentially a ventilator or two — not enough to handle a shipboard COVID-19 outbreak. In some cases, the medical equipment on cruise ships isn’t even sufficient for dealing with the serious medical issues that regularly arise with travelers.

Unfortunately, if an emergency occurs on the ship, you could very well be on your own — at least for practical purposes. It could be impossible to get the treatment you need until the ship reaches the next port, and that's a dangerous scenario in a life-and-death situation. It's also not reassuring to know that, should you embark on a cruise, due to the unpredictable nature of the coronavirus itself and the fact that you don't know what kind of medical facilities the ship has, you may have difficulty accessing any sort of life-saving care.

The ship’s medical personnel can stabilize you and determine whether or not you'll need to disembark to seek treatment locally, and it could very well be in a city or country where you're unsure about local medical care or don't have the funds to pay for it. Once you recover, you'd then have to figure out how to get home on your own as well. This isn't a comfortable proposition even when the world isn't in the middle of a pandemic.

In order to lure tourists away from their competition, cruise lines have had to create bigger and more outrageous amenities, resulting in the floating cities you see on the water today. So, just like any city, a cruise ship creates a lot of waste and companies don’t always dispose of it properly. In fact, Carnival Cruises has been cited and fined millions of dollars for improper waste disposal. 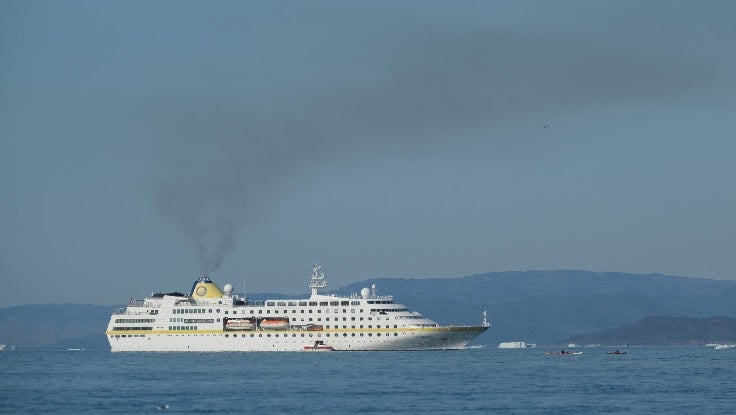 If we only look at emissions, the impact is staggering. A single one of these massive ships carrying 3,000 passengers creates an average 1,200 kilograms per kilometer of carbon dioxide emissions, and most of the trips are thousands of kilometers long. Some ships also burn through 66,000 gallons of highly pollution diesel fuel per day. That level of emissions far outweighs anything that cars produce. Passengers triple their carbon footprints on a cruise.

Not only are emissions massive for these floating cities, but waste is extensive. Cruise ships produce a huge volume of sewage, ballast water, bilge water, water waste from sinks and drains, and solid waste on each voyage. The amount exceeds that of average residential wastewater and solid waste production. Although wastewater is less harmful than it once was thanks to various regulations, it’s still harmful. The rules are also difficult to enforce outside of jurisdictional waters, and recommended best practices are not followed in many instances.

A typical cruise ship uses anti-fouling paint — which is meant to keep organisms from growing on the boat — on its hull that also adds to its negative environmental impact. This paint sheds toxic heavy metals into the ocean, and those metals eventually find their way into plants and animals in the sea, many of which people use or consume. The problem is even worse in ports where multiple ships dock, leading to concentrated levels of toxins shed in shallower, partially enclosed waters.

The noise pollution cruise ships create may sound like music to passengers’ ears, but it’s potentially hazardous to marine life. The ships themselves also collide with marine animals at times, causing them physical harm or killing them as they plow through the waters.

Should We Bring Back Cruises?

Some things could certainly be done to improve the industry, but at this point, many people are asking if enough changes can be made to truly fix it. Treatment of personnel is beyond questionable — to the point where human rights activists equate some cruise liner jobs to human slavery and debt bondage. 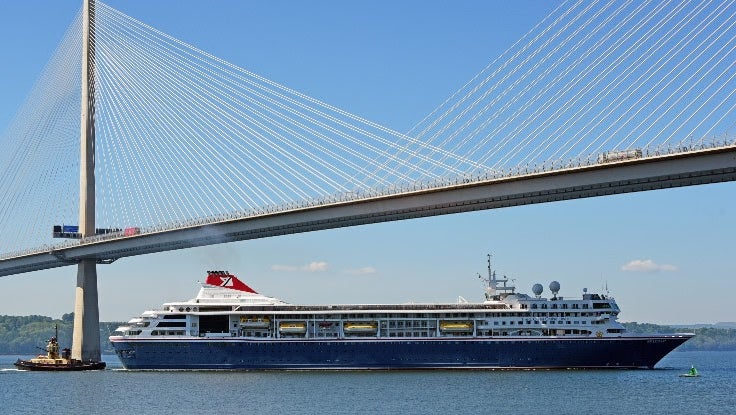 If cruise companies would agree to make the switch to cleaner-burning fuel, it would be a big step in the right direction. Improving medical facilities in a post-pandemic world should also be a critical requirement, as should providing staff members with fully equipped facilities and breaks.

Travelers should orient themselves to the ship and determine how they can reduce their carbon footprints while on board. Stricter legislation should establish monitoring to ensure compliance with guidelines issued by the CDC, environmental agencies and maritime laws. Scrubbers should be installed to reduce exhaust pollution.

Even then, it would be impossible to make cruise ships fully green and fully safe. The very essence of the industry defies this possibility. Changes can be made, however, to reduce, reuse and sustain. If the industry is to remain afloat post-COVID-19, these actions should be taken. There will never be a better opportunity to make these kinds of changes happen.