Virtual Vacation: Travel to Bangkok Without Leaving Your Home 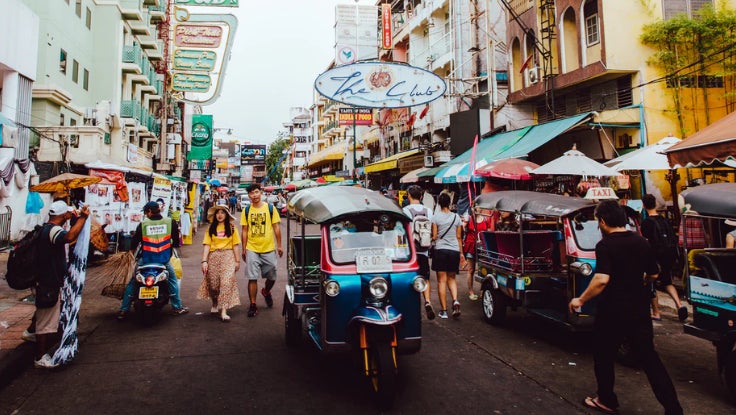 Bangkok is one of the most popular cities to visit in the world, welcoming more than 22.7 million travelers each year. It's easy to see why travelers have fallen in love with Thailand’s historic capital. Bangkok has friendly locals, glistening landmarks and a world-famous food scene.

Unfortunately, Thailand's COVID-19 outbreak began in January, hitting the country's capital the hardest. As a result, traveling to the city has been banned, and many businesses have temporarily closed.

Despite the lifting of a few restrictions, traveling to Bangkok isn't allowed, but you can still experience the sparkling city from the comfort of your home. We here at Ask have put together the perfect virtual vacation to Southeast Asia's glimmering jewel.

Bedazzled in gold and dramatic designs, the Grand Palace is a must-see attraction in Bangkok. Since 1782 the Kings of Siam have called this royal fortress home, and until 1925 it was also the site of the royal government. Made up of buildings, gardens and courtyards, the palace is a spectacular sight full of jewels and color. Take a virtual walk through the beautiful palace and temples, and marvel at the intricate statues. 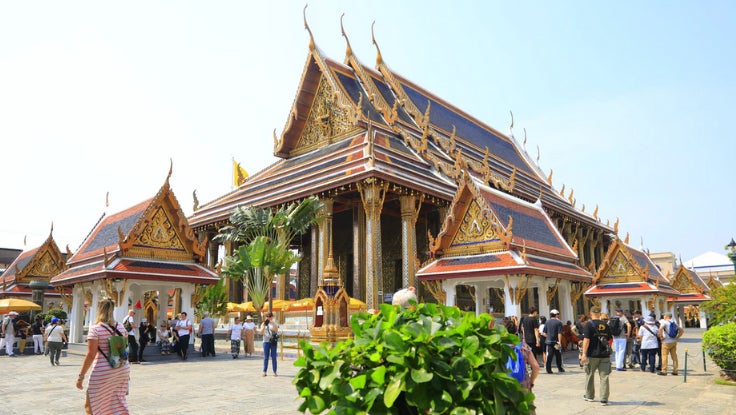 Next, we’re visiting Wat Phra Chetuphon or Wat Pho, which sits south of the Grand Palace. This fabulous temple is famous for its giant reclining Buddha statue. Considered a first-class royal temple, Wat Pho became King Rama I's go-to retreat — his ashes are actually enshrined there. Fun fact: The temple is also known as the birthplace of traditional Thai massage. Step inside the temple and get a front-row view of the reclining Buddha.

Let’s take a break from architecture and check out life at a floating market. This is the best way to see the traditional style of selling and buying goods. Before the development of roads, water transportation was the main way to get around. The Damnoen Saduak Floating Market is usually packed with vendors, selling everything from Thailand's tastiest mango sticky rice (khao lam) to grilled fish (pla pao). Let’s meet the hard-working merchants and float by hundreds of tourists and locals at this Thai boat mecca. Are you feeling hungry yet?

Get Some Tasty Thai Dishes in Your Belly

A trip to Bangkok (even if it’s virtual) wouldn’t be complete without dining on some traditional Thai dishes, so feast your eyes and stomach! Don't worry if you don't have access to a local Thai restaurant; some delicacies are easy to make. For instance, tom yum is a popular hot and sour soup. Putting together lemongrass, ginger, lime leaves, lime juice, chilies and fish sauce will form the tasty and flavorful base for the soup. You can also add any type of meat to it. 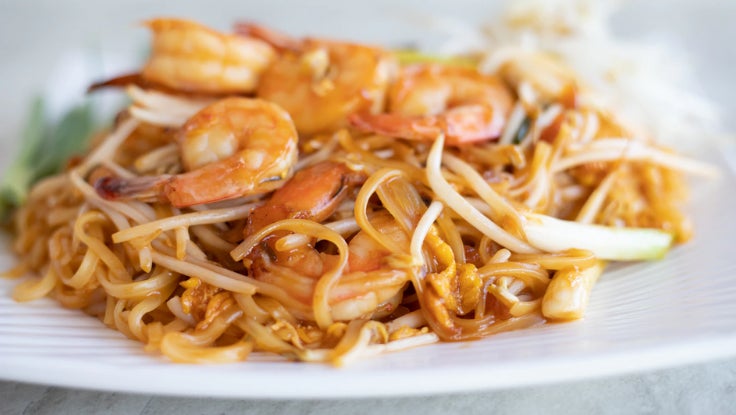 Another mouth-watering meal that's simple to make is Thai-style fried noodles (pad thai). Made of rice noodles, eggs, veggies and sauces, pad thai is a tangy dish with a kick of sweetness. Follow along and cook with Pai, a professionally trained Thai chef on YouTube.

Common Thai beverages that complement the dishes (or taste great on their own) are grass jelly drinks, coconut water with shaved coconut and Thai iced milk tea. You can find these in the ethnic aisle at the grocery store or your local Asian supermarket. Now, it’s time to discover another way to explore Bangkok’s incredible food.

Travelers can't stop talking about Bangkok's legendary food carts and market. It's no surprise that a story on the restaurant scene exists. Netflix’s Street Food shares the heartwarming story of chef Jay Fai in its premiere episode. The street food chef is known for rocking goggles and bright red lipstick while cooking crab omelets, which have earned her Michelin stars. 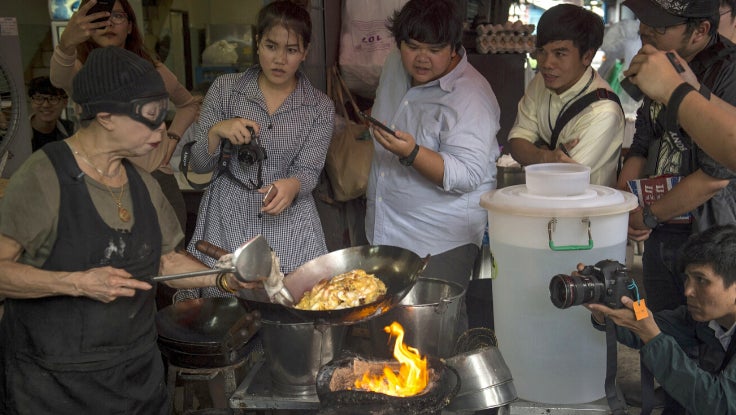 DW Documentary's Welcome to Bangkok,Thailand gives the world a taste of the city's best tourist-oriented and local destinations. The film covers transportation, attractions, boat rides, parks and bars. It's a great way to gain insight into the country's culture.

If you like to laugh and get scared at the same time, take a look at the movie Phi Mak Phra Khanong (Pee Mak), Thailand's highest-grossing film of all time. It’s based on a famous Thai folktale of a female ghost who lives with her husband.

Next, let’s set the mood of this trip with some of Thailand’s most famous artists in the music industry.

Listen and Dance to the Country’s Greatest Musicians

Thailand’s music reflects its history, culture and growing diversity, and these are some artists that will make your trip perfect. The Paradise Bangkok Molam International Band combines traditional Thai music with different elements, like blues and folk-rock. The band formed with the express purpose of bringing many music styles together. Thailand isn't the only country they've performed in; the group has actually appeared in several international shows, such as the Off Festival in Poland and Festival Mundial in the Netherlands. 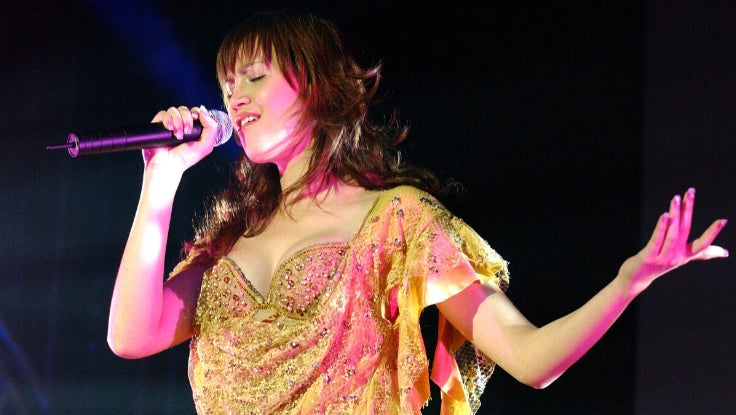 If you like pop music, check out T-pop's Tata Young. Growing up in Bangkok, Young has become "Asia's Queen of Pop" and the "Britney Spears of Asia." She has also released Thai and English albums. Despite her busy schedule in the entertainment industry, Young serves her community and supports good causes. You can also listen to Klear, a T-pop band famed for their love ballads.

Rock music lovers will dig the band Carabao, also known as the "Rolling Stones of Asia." This band is famous for its social and protest music, which evolved during Thailand's political state in the 1970s.

Get Lost in a Book 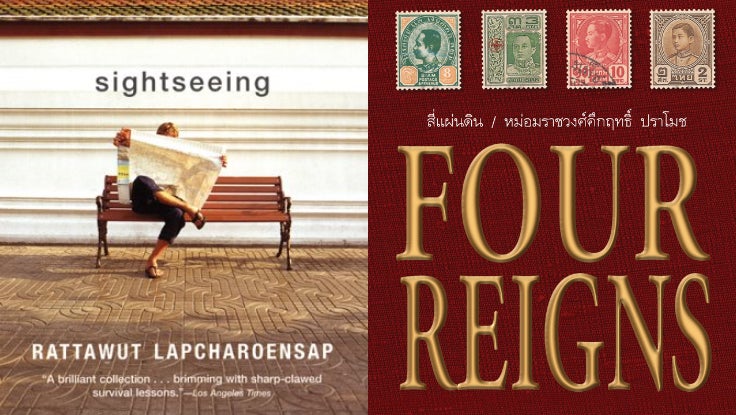 If you need a break from the digital world, find respite with some of Thailand’s finest reads. Four Reigns follows one woman's journey inside and outside of the royal palace. It also shows how society was impacted by different historical events, like revolutions and wars.

Looking for a collection of stories? Pick up a copy of Sightseeing by Rattawut Lapcharoensap. The book takes place in Thailand and features a Thai protagonist in seven short stories. It’s a fresh point of view of the country’s appeal — positive and negative. For instance, you may find yourself stuck in the book when you follow the story of a family’s complicated relationship or a resident falling in love with an American tourist.

We’ve explored Thailand’s most famous attractions, tasted traditional food and found some unmissable books and music. It's almost the end of your virtual vacation, but there are a couple of good causes that are worth mentioning and supporting. For instance, King Chulalongkorn Memorial Hospital's Faculty of Medicine is currently raising funds to cover the expenses of COVID-19 medical supplies and equipment to treat affected patients. The pink document in the middle of the webpage provides further information in English. 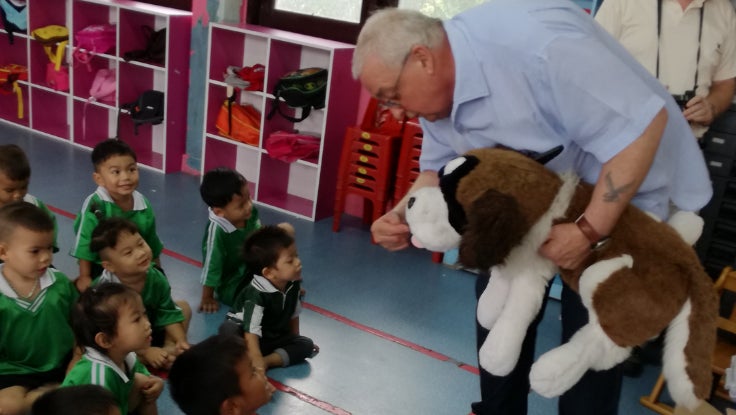 You can also help charities, like the Gift of Happiness Foundation, which serves children in Bangkok’s poor neighborhoods. Its website states, "Please donate cash to help us survive so we can continue serving people in need when the crisis is over. STAY SAFE."

This is the conclusion of our special journey in Bangkok, but Ask will have plenty more virtual vacations waiting for you to explore this summer.